Show off at the theatre

New Look. New Menu. is what the website says but it was all new to us as we had never eaten at the Tron before. We'd both seen shows here and had briefly popped into the bar - I think the last time was during the Commonwealth Games when the street outside was closed off, it was swelteringly hot and there was a great atmosphere - but had overlooked it as a place to eat, which is a shame as the food, as we discovered, is great! 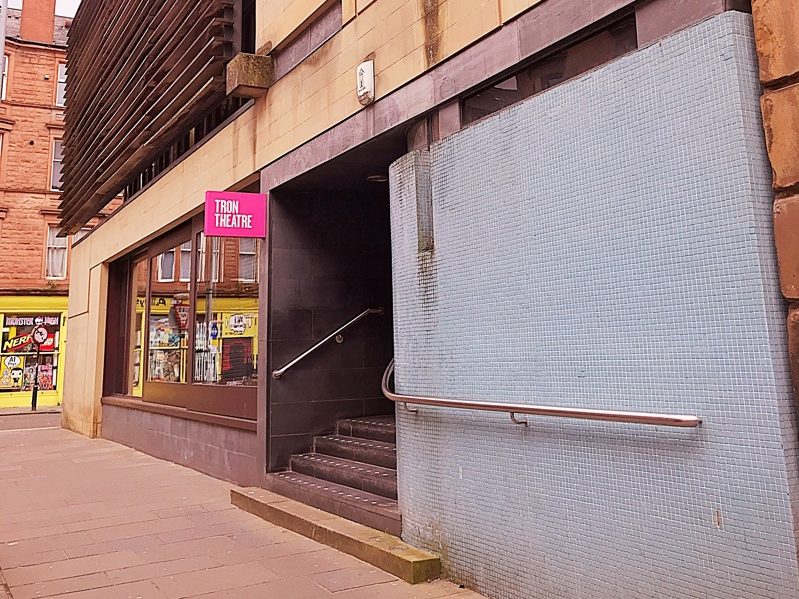 A little bit about The Tron theatre and the building it occupies. It became a theatre in 1980 with a full programme coming in 1981 and further work and development in the nineties courtesy of European funding. Utilising the historic space of the 16th-century Tron Kirk on Glasgow's Trongate, or rather what was left of it following a fire initiated by the Hellfire Club in 1793 (nothing to do with the shops on Queen Street!) it has been a popular performance space in the city since and I first visited for a pantomime when I was at primary school a long time ago! 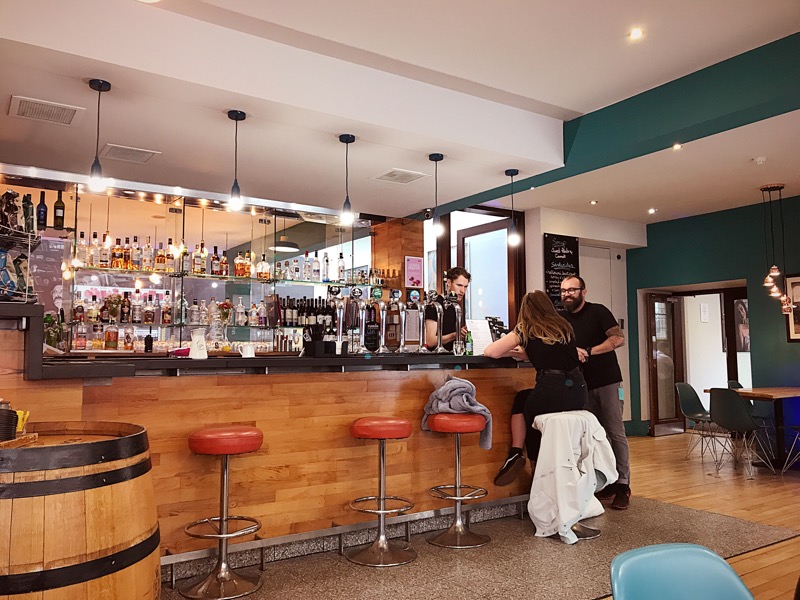 The new Tron Bar opened in 1998 and was recently refurbished so here we were eating in it for the very first time!

The Tron have their own house lager on draught named Cherub & Skull (sadly we didn’t get to try it) but it’s named after the aforementioned The Hellfire Club, whose motto was ‘do as thou wilt’ so surely that must be good?! 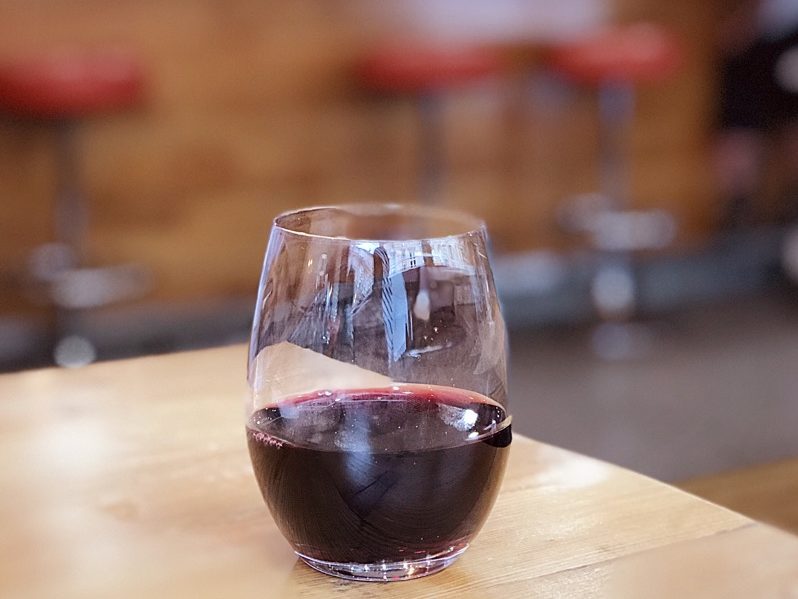 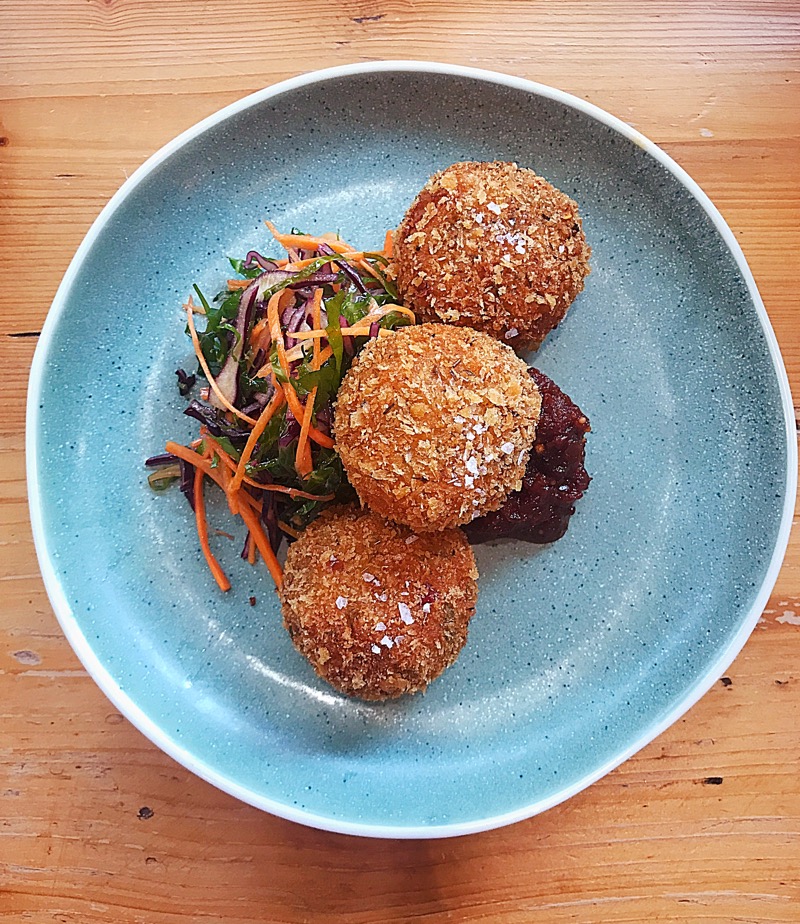 First to arrive were the vegan lentil cakes. Lots of flavour was contained within these three wee balls of condensed lentil and potato filling. On the side was kale slaw, tomato & chilli chutney which was more sweet and fruity than spicy. Mrs Foodie is still raving about these falafel like but tastier balls. 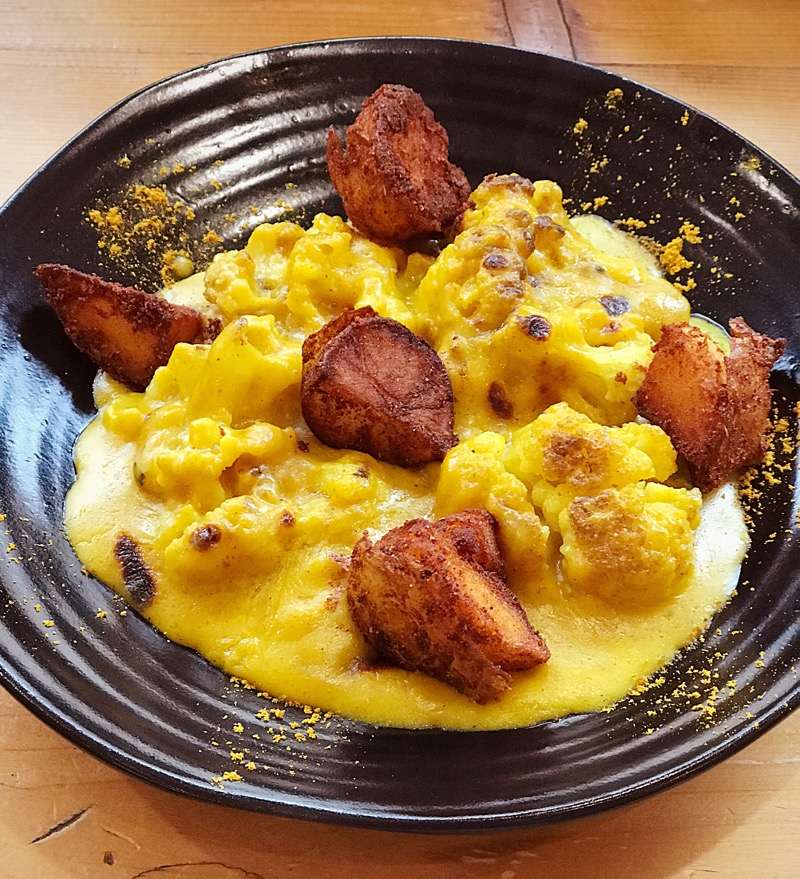 We both love cauliflower, especially in pakora and curries so both fought over a plate of grilled spiced cauliflower with Bombay potatoes and a curried Mornay sauce. The roast potatoes were perfect but the cauliflower was overcooked so very soft. Still, better overcooked than hard. The sauce was nicely spiced too. 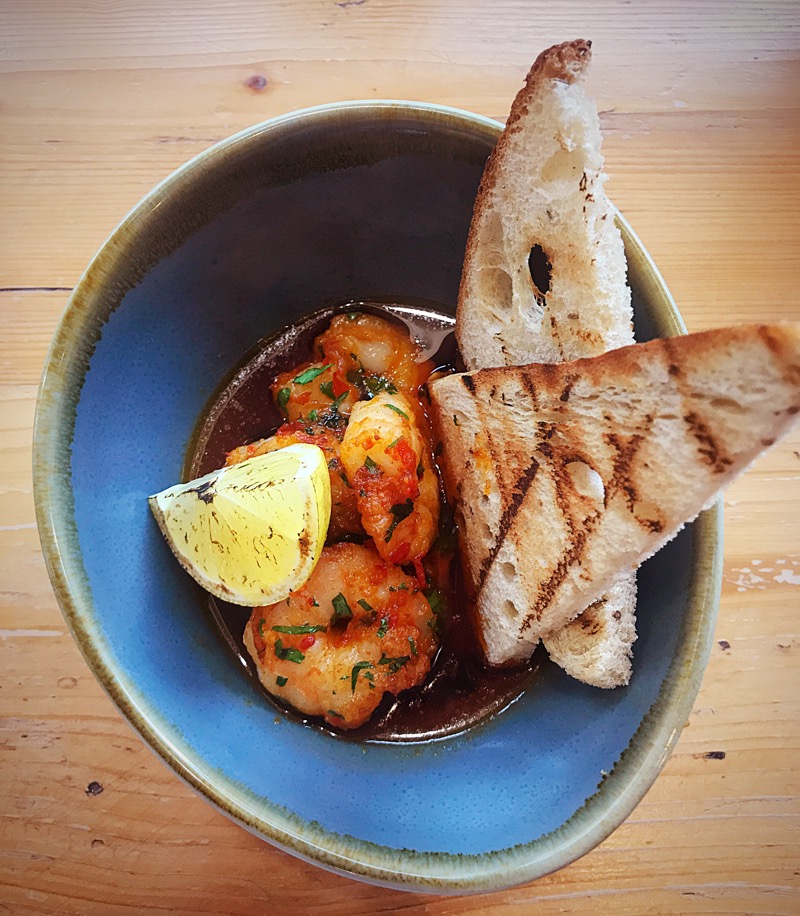 Plump prawns coated in chilli and flat leaf parsley in a light Scotch bonnet and garlic sauce with lightly toasted sourdough bread. A mix of flavourings, not too much garlic and quite mild heat considering the reputation of Scotch bonnet. Eminently snackable! 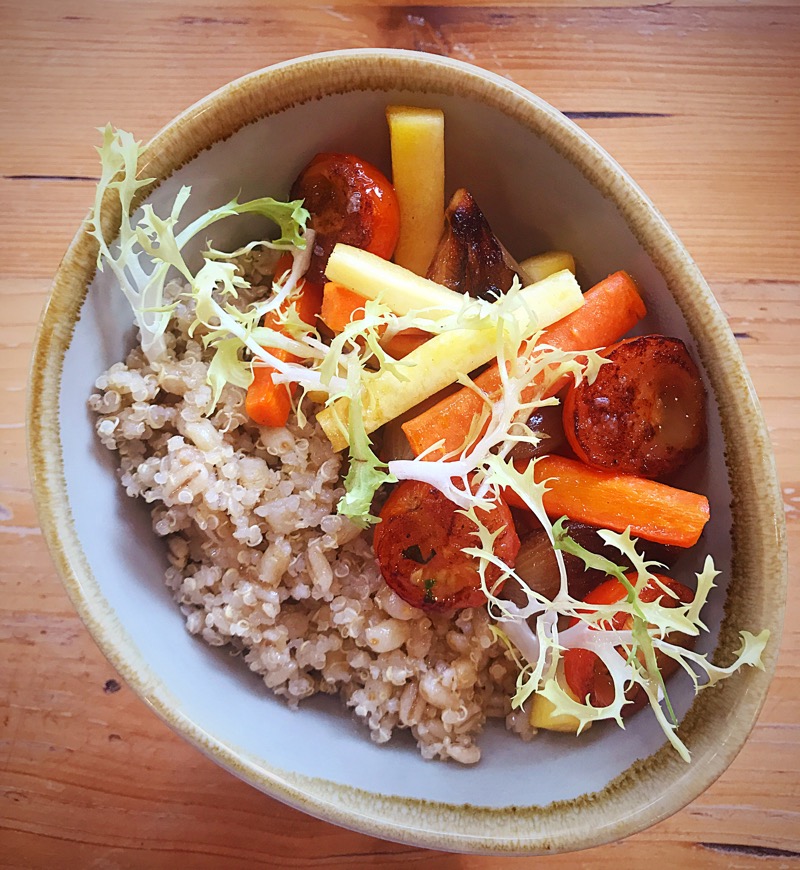 Another vegan dish. Pearl barley and quinoa with mixed roasted vegetables. This was the only real disappointing dish on the day as the grains could do with a sauce - we poured the remainder of the chilli and garlic from our prawns above into the bowl. The veggies were ace though. 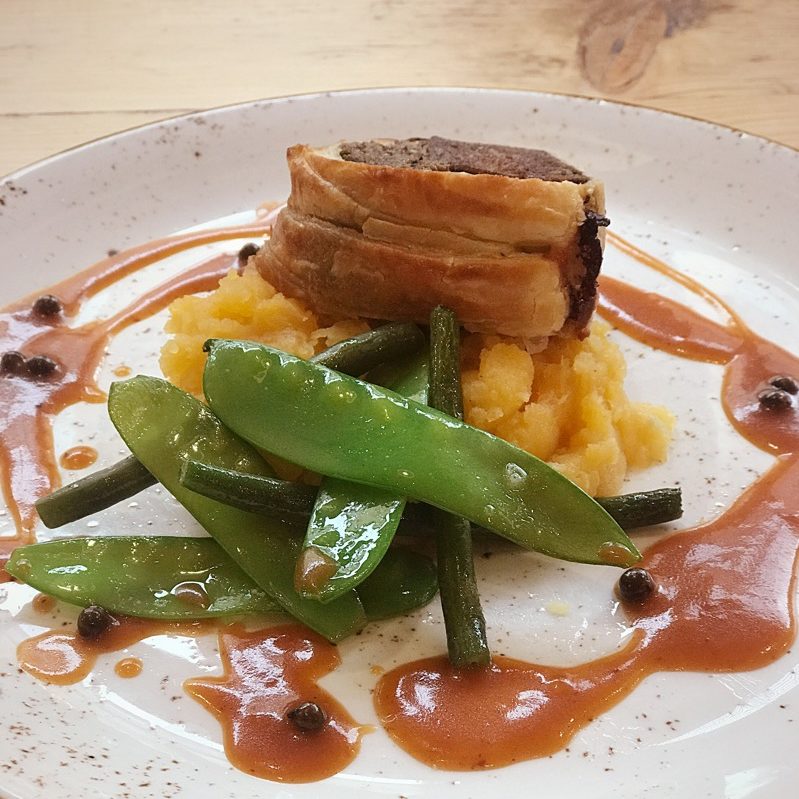 Beef wellington's seem to be lacking from restaurant menus these days, or certainly the ones we've been in! But here we had a slice of not only beef but haggis wellington. Good pastry, non-greasy, with a swede mash, seasonal greens (mange tout and green beans). It's actually quite refreshing to see turnip (ok, swede) with something other than traditional haggis and tatties. In case you had any concerns about the dish being dry it came with a good drizzle of peppercorn sauce and uncrushed peppercorns for those who like peppery spice. 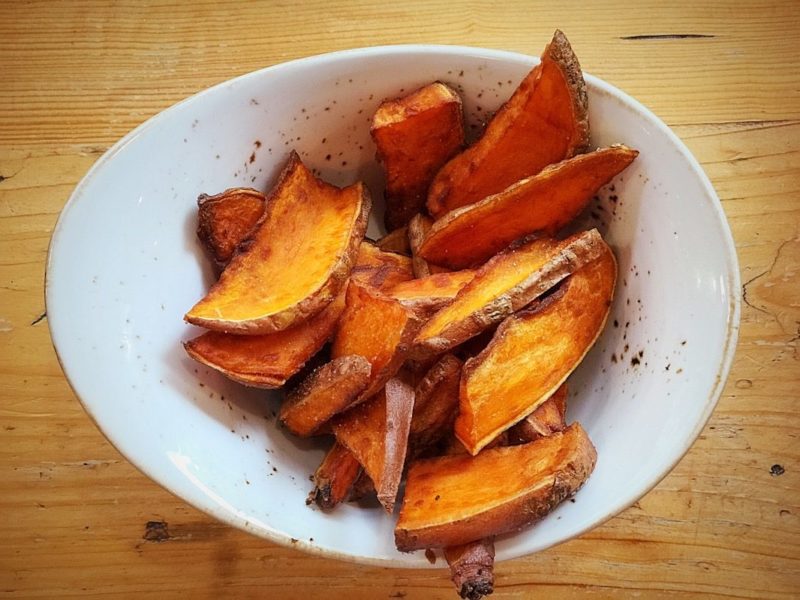 Salted sliced sweet potato, not a lot to be said other than tasty and worthy of a side order. 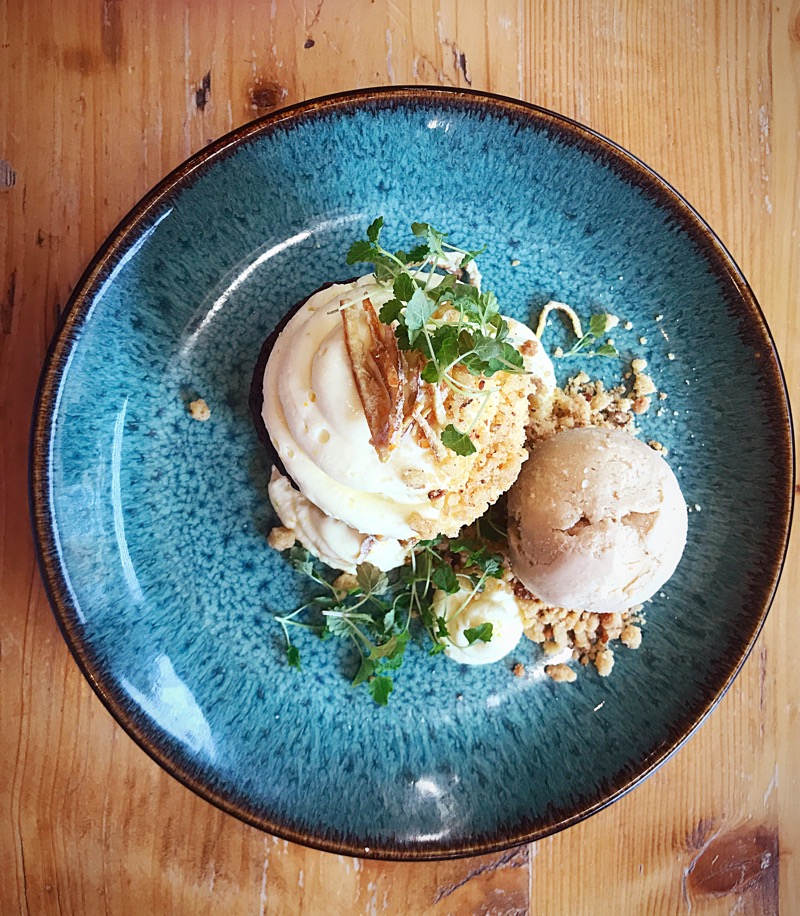 Like a big frosted cupcake served with espresso ice cream, candied orange and crushed biscuit. Sweet and filling and just about filled us to the brim! Also, interesting crockery which looks like an iris! 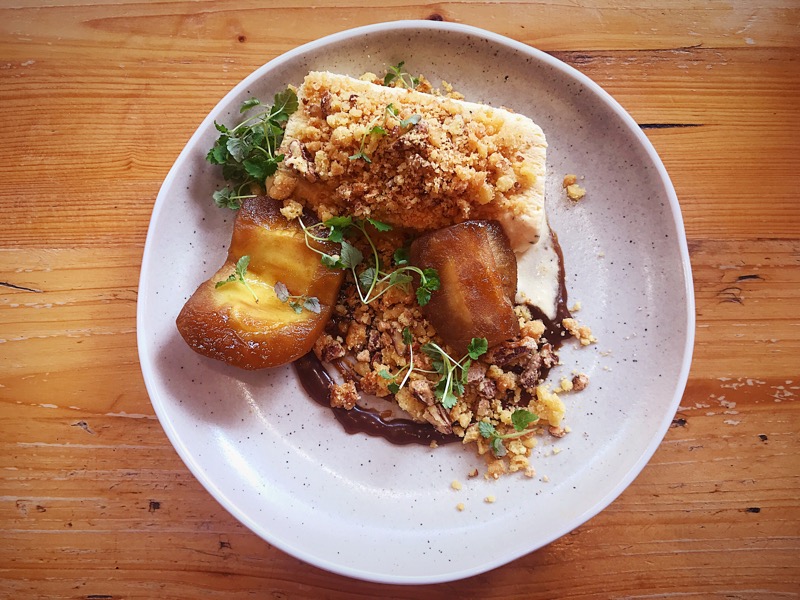 We weren't sure what to expect when we ordered this and out came stewed apple with a sea salt & thyme caramel parfait, pecan crumble & vanilla ice cream, which had a halva-like consistency. Like the plate above, this was sweet and very filling.

You can also have a tea or coffee with a dessert for only an extra £2. So naturally we did! 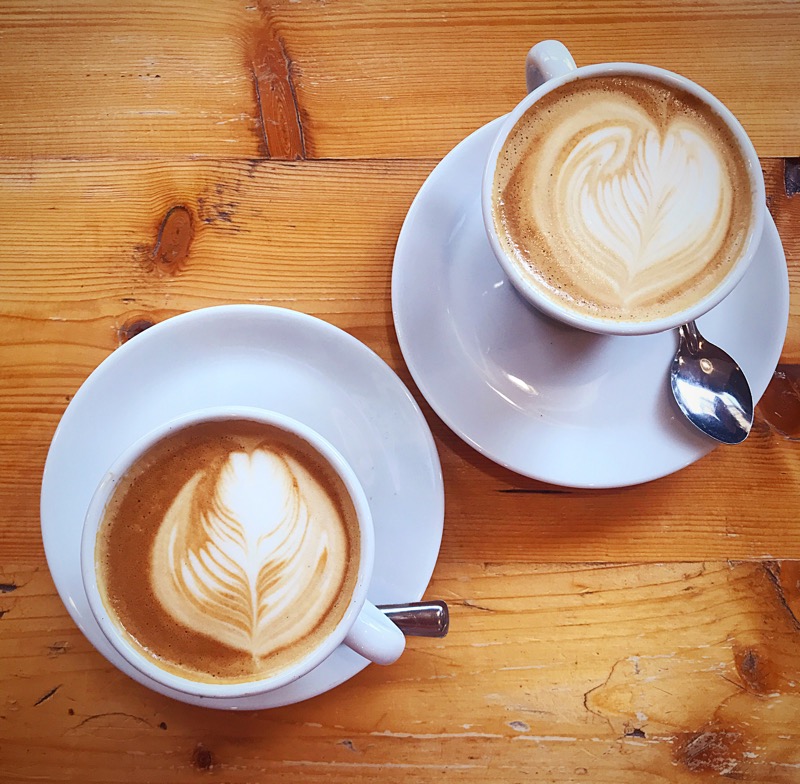 A theatre isn't just for, um, theatregoing it seems! The food was mostly all excellent and delivered promptly. The Tron is firmly marking itself as a great place to eat, drink or just relax!

Open for lunch and dinner so you don't need to be heading to a show, The Tron Bar & Kitchen is a modern bright space just off the main road - note that although the official address is 63 Trongate, you can enter the bar and kitchen directly from Chisholm Street. Nearest bus stops are on the next block and both Argyle Street station, on the Central low level line and High St station, on the Queen St low level line are nearby. Toilets checked and basic but clean.

Disclaimer: we received a complimentary lunch but Fred vouches that his hoomans watched other diners munching down very happily on their food too.