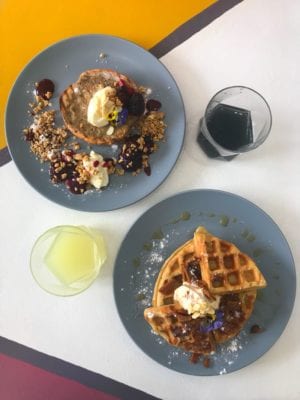 Brunch at Mayze in Finnieston

From the brains behind The Cran, which was just a bit further along the road comes Mayze, the latest Vegan and Veggie-friendly venue in Glasgow.

After visiting the nearby Peruana Ceviche pop-up bar, we decided to also pop into this newcomer to the Finnieston* scene as it had only just opened a few hours before (*Technically it’s in Anderston)! 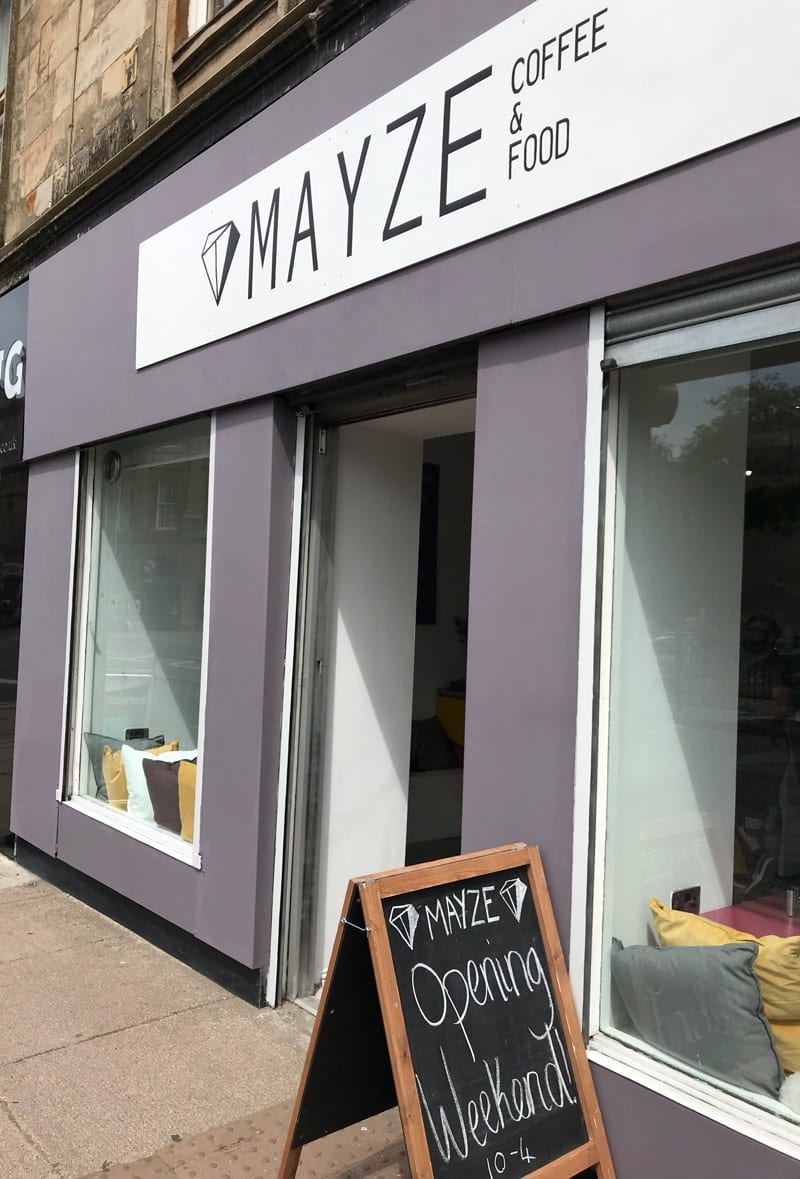 Look at those cakes…that’s for next time! 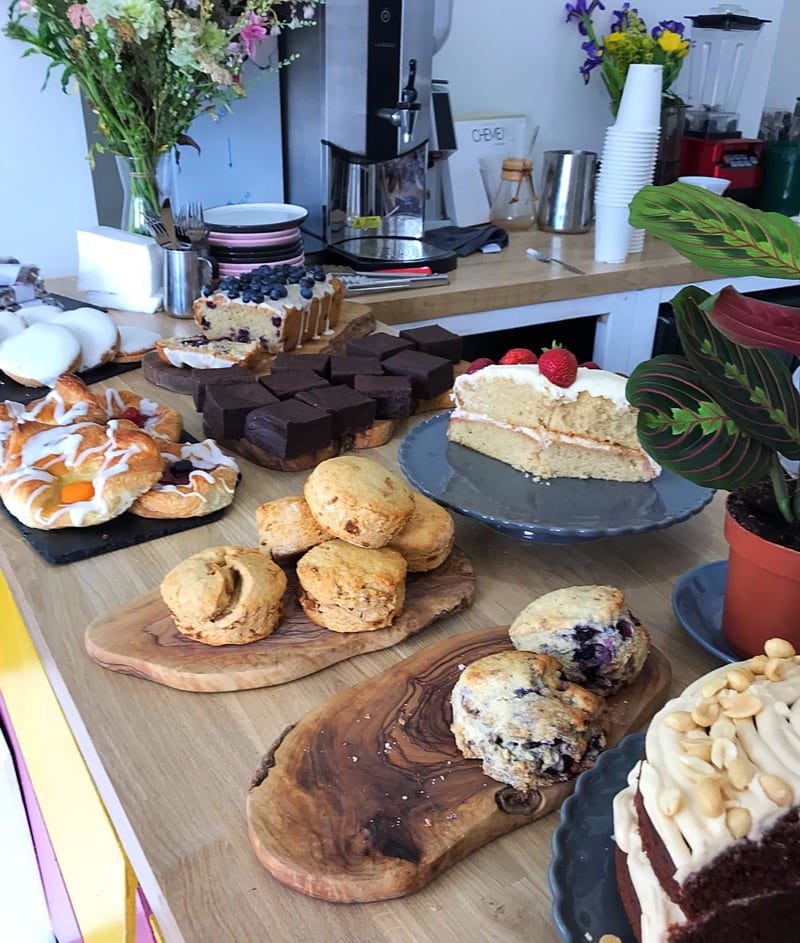 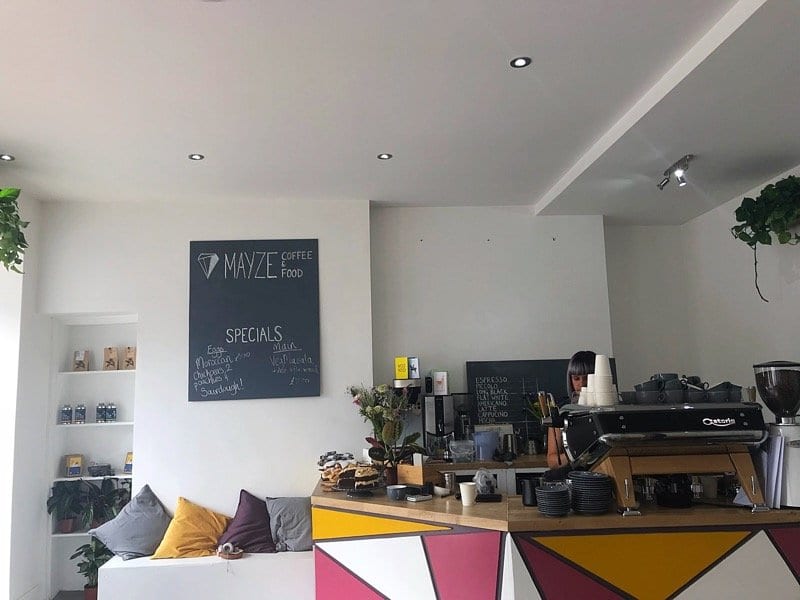 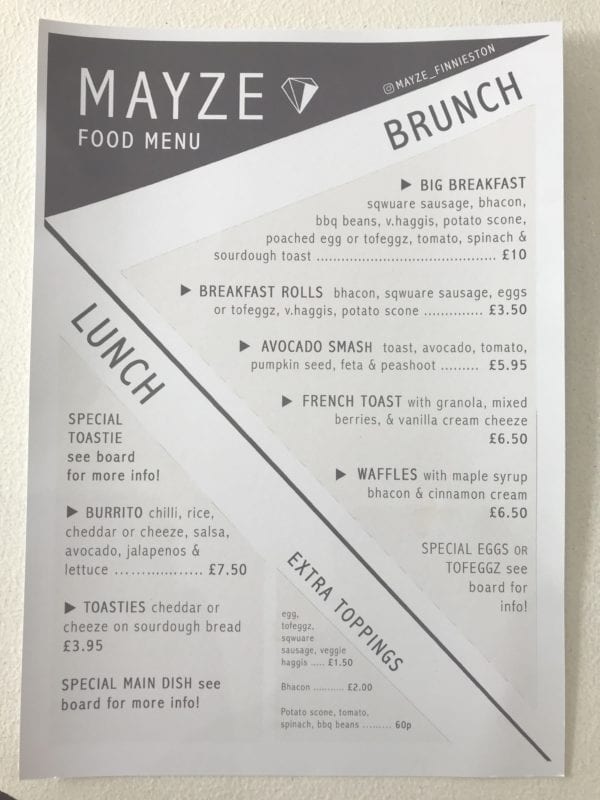 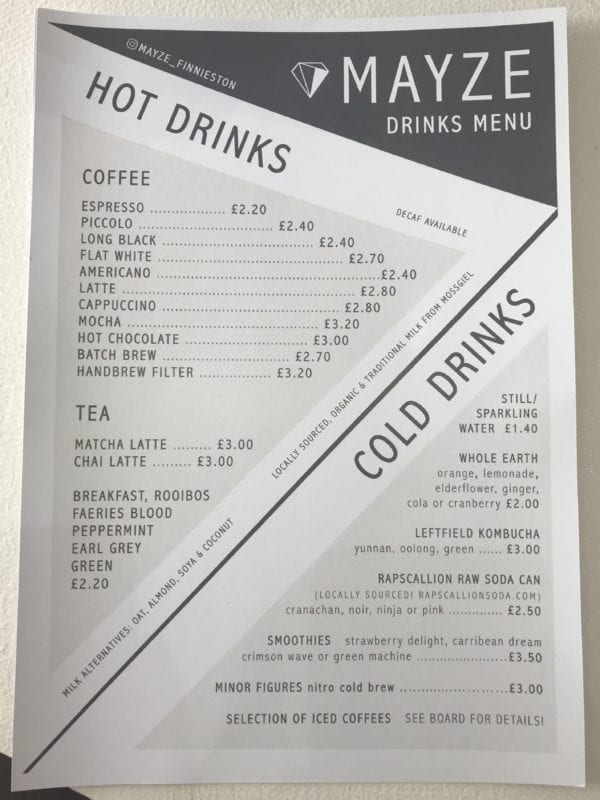 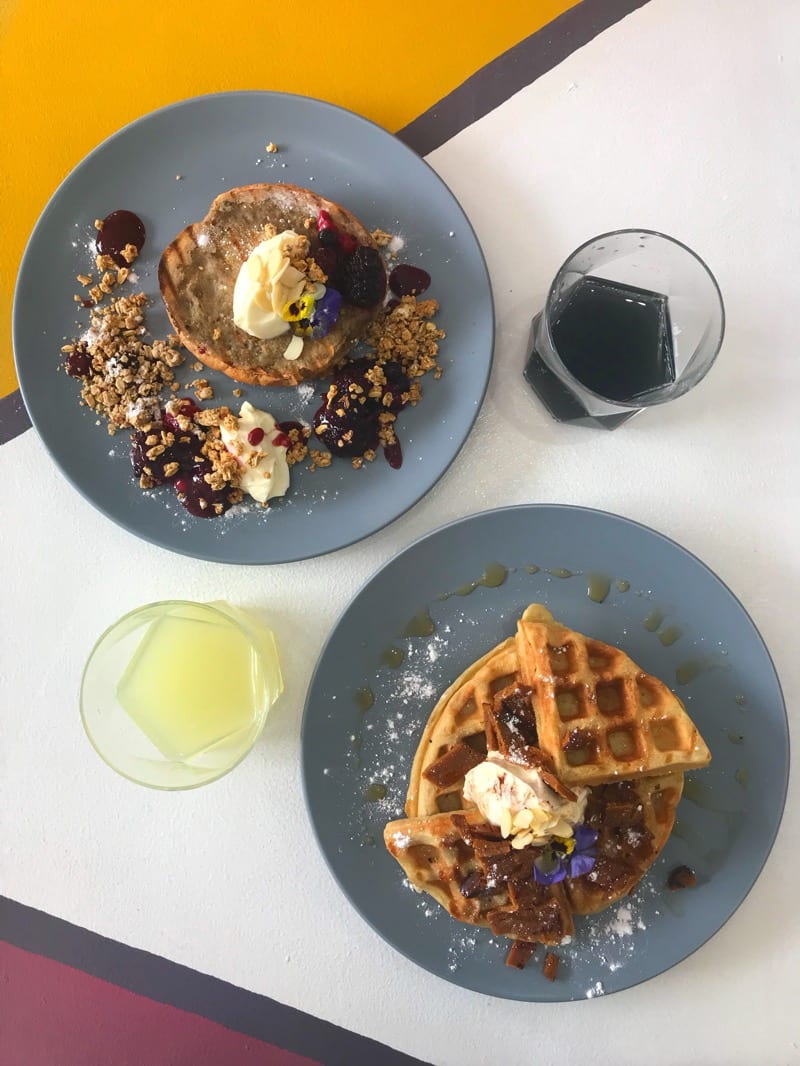 I went for the French Toast which was a toasted banana bread with granola and berries. 😍 Tart berries and sweet bread and real cream as the vegan alternative hadn’t arrived yet – I was happy. 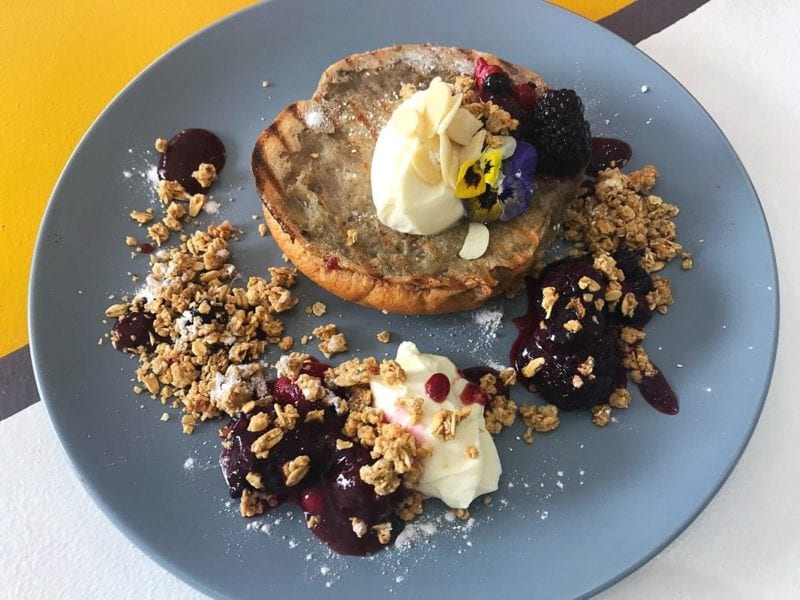 Alongside this, a can of Glasgow craft soda – Rapscallion ‘Noir’ which was a lime and grapefruit drink containing activated charcoal.   Refreshing and possibly even healthy?! It actually is a dark grey colour. 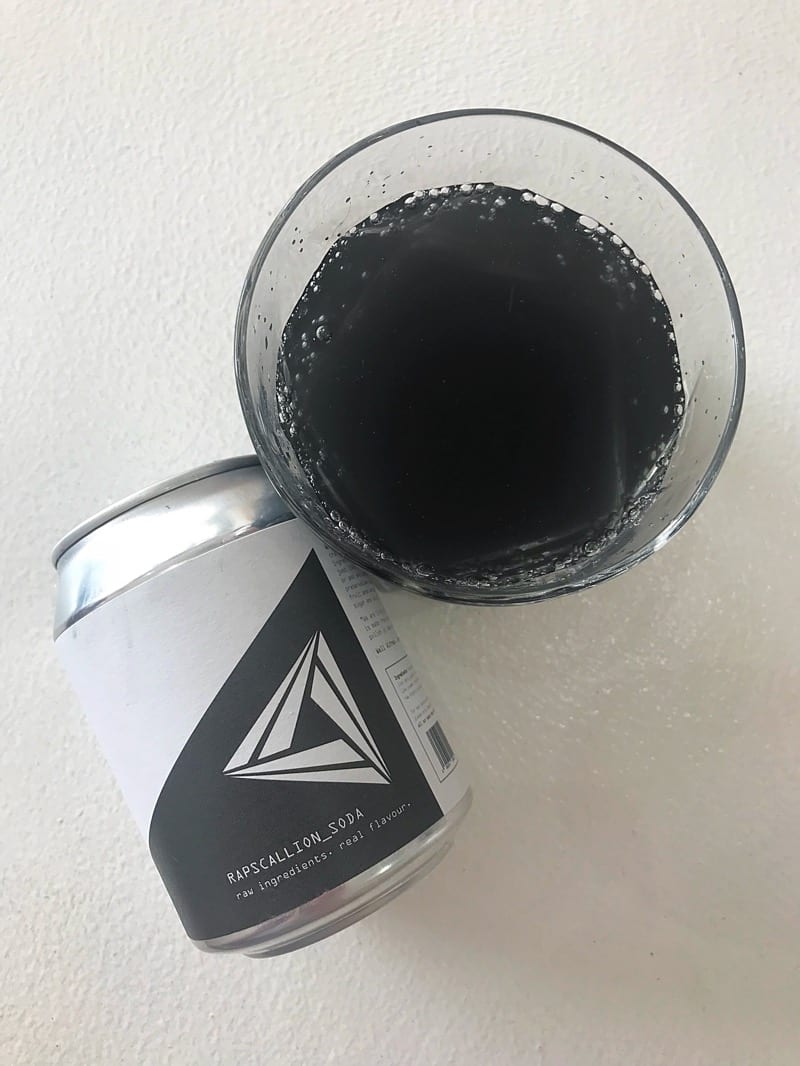 Mr Foodie decided that waffles were the order for the day, served with cream and bhacon (sic), though we don’t really know what bhacon is!  It did taste kind of bacony but maybe it should be an optional extra as sometimes vegan and veggie food doesn’t really need fake meaty things? The waffles were lovely and fluffy so all good there. 😍 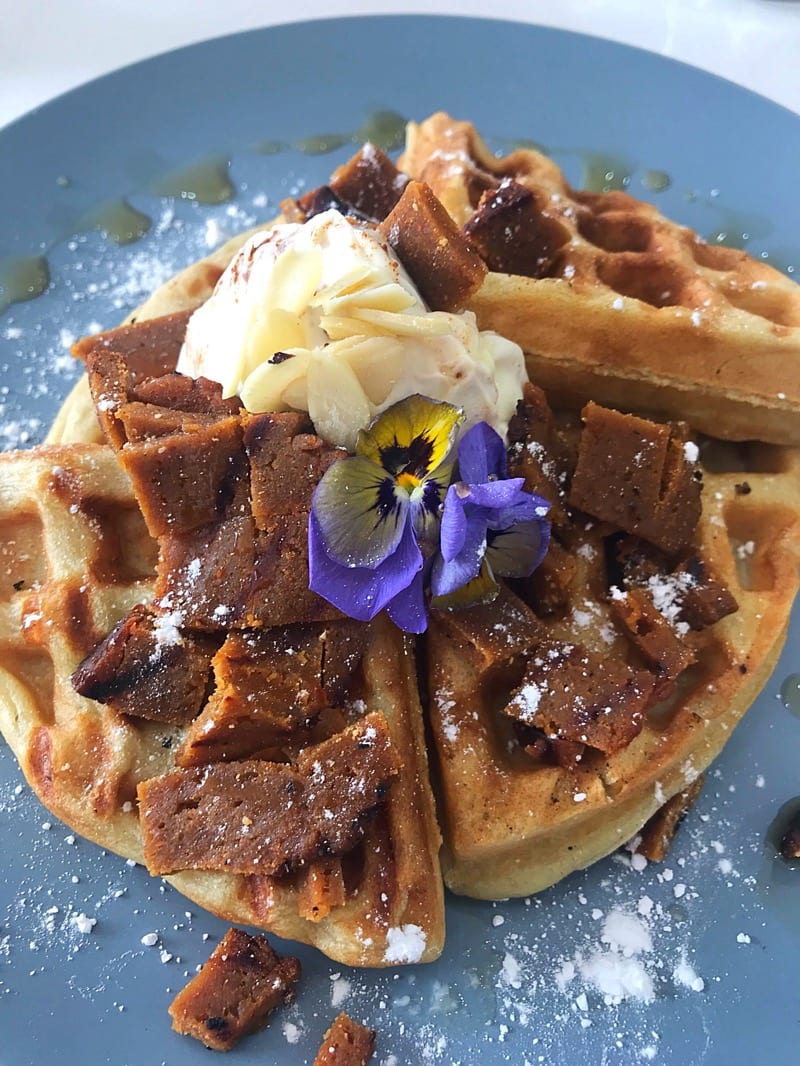 Rapscallion soda of choice for Mr Foodie was ‘Ninja’.  With ginger, cardamom, cassia and lemon as ingredients. Another refreshing drink, Mr Foodie won this choice. Grr! 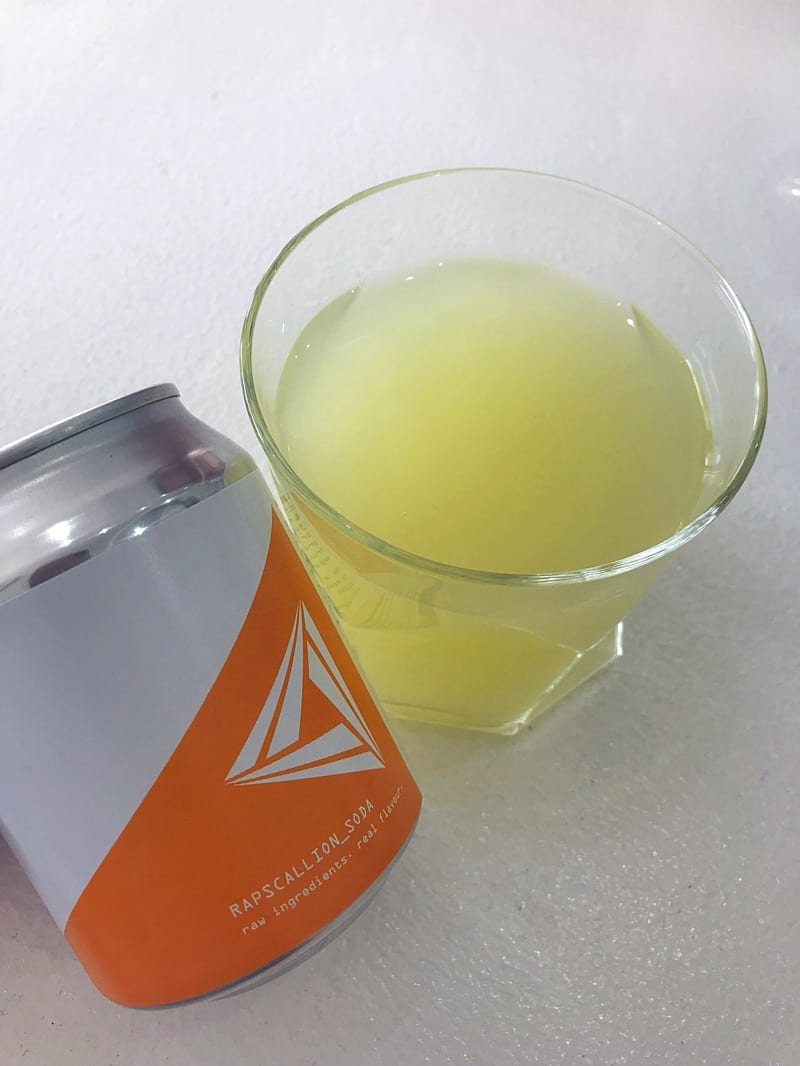 Friendly and helpful service, doggy friendly as well.  We’ll need to try their sandwiches next time. We didn’t feel rushed and could relax and take our time over food (and taking photos!).

– bhacon not necessarily required with the waffles