Paris is a popular New Year destination. But where to eat?  Here’s a suggestion for a restaurant for celebrating New Year in Paris (next year maybe Mr Foodie?)

One of the attractions of Paris as a New Year destination is that the  shops and main attractions are open throughout the holiday, and if you are lucky (as we were) the weather be stay moderate. On the downside, Paris is not a cheap city.  Expect to spend at least 175 euro a night on accommodation. Our hotel was a “bargain” at 199 euro. 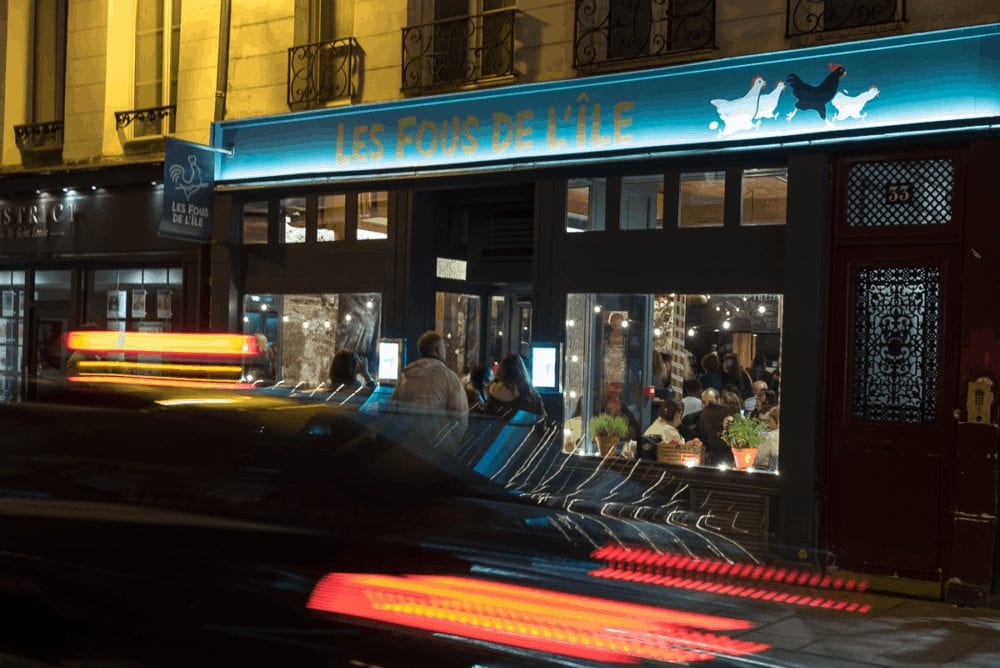 Most Paris restaurants have special set menus for Christmas and New Year’s eves. In practice that means they charge more... up to double!

The cheapest we found in our hotel area was 28 euro for three courses, though that was a creperie. Most were charging between 65 and 100 euro. If you were keen you could go further afield and spend several hundred. Despite the prices, these are popular social events. If you decide to join in, book in advance.

We booked a table for 10pm in Les Fous de L’Iîle. A place decorated with chickens. For me, that is a good start. We had enjoyed eating here before, and it was close to our hotel.

Fous de L’Iîle is a relaxed bistro style restaurant specialising in modern French food. It has been Michelin listed for several years and enjoys regular good reviews. You should expect to pay 35-40 euro for their usual menu The New Year’s Eve menu was 75 euro for a fixed four-course meal.

The staff were young and enthusiastic. Service was very friendly, and despite being packed, a well-designed menu ensured we had finished our meal within an hour. There was quite a turnover on tables with many customers obviously eating and moving on.

Cappuccino de cèpes et truffe noir We started with cep (cèpe or porcini) soup. A tasty concoction with an intense mushroom flavour. Served warm, topped with cream and black truffle. It was far too easy to eat. 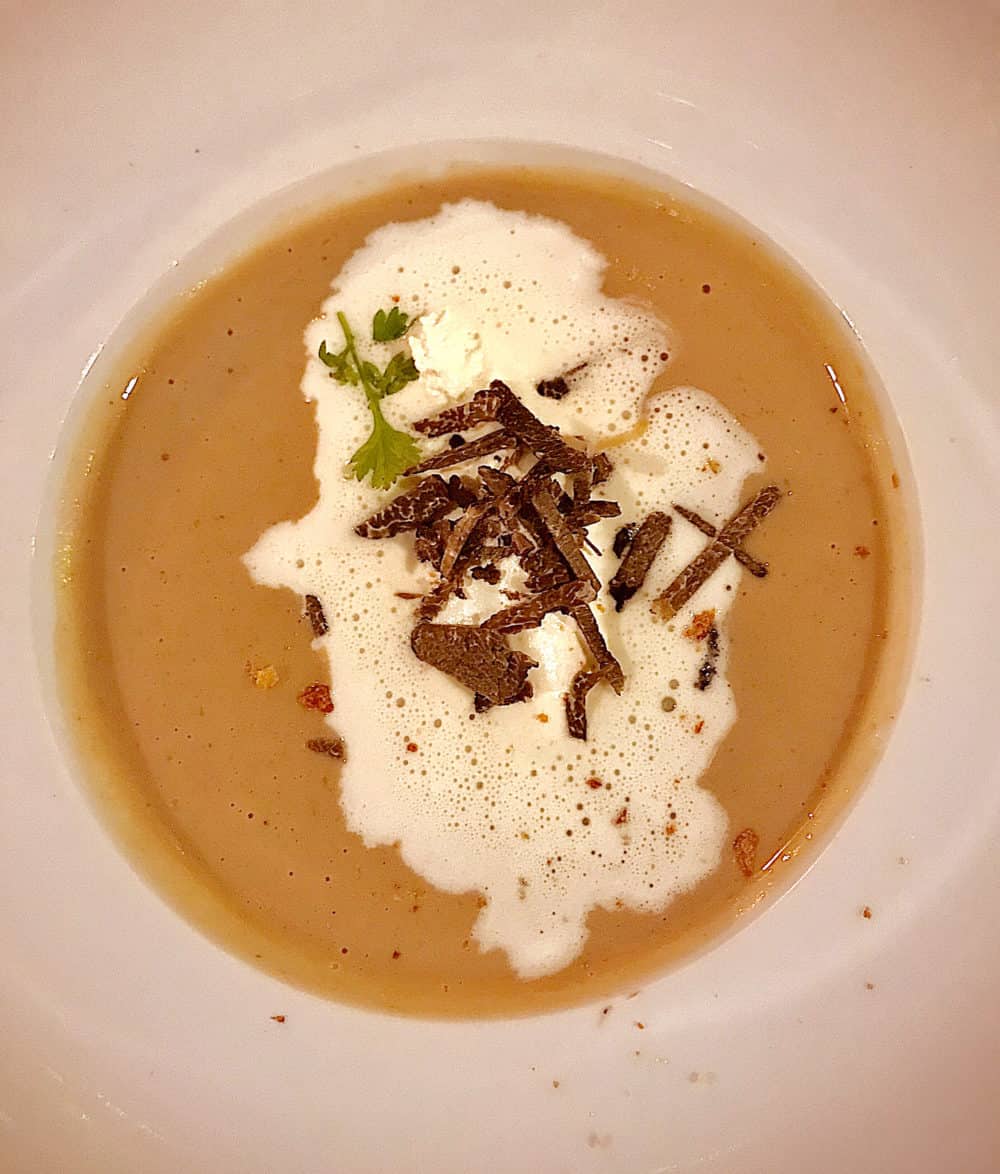 To drink we had a bottle of Corbieres blanc 2018. A pleasant wine from the Languedoc region in the South of France (29 euro) 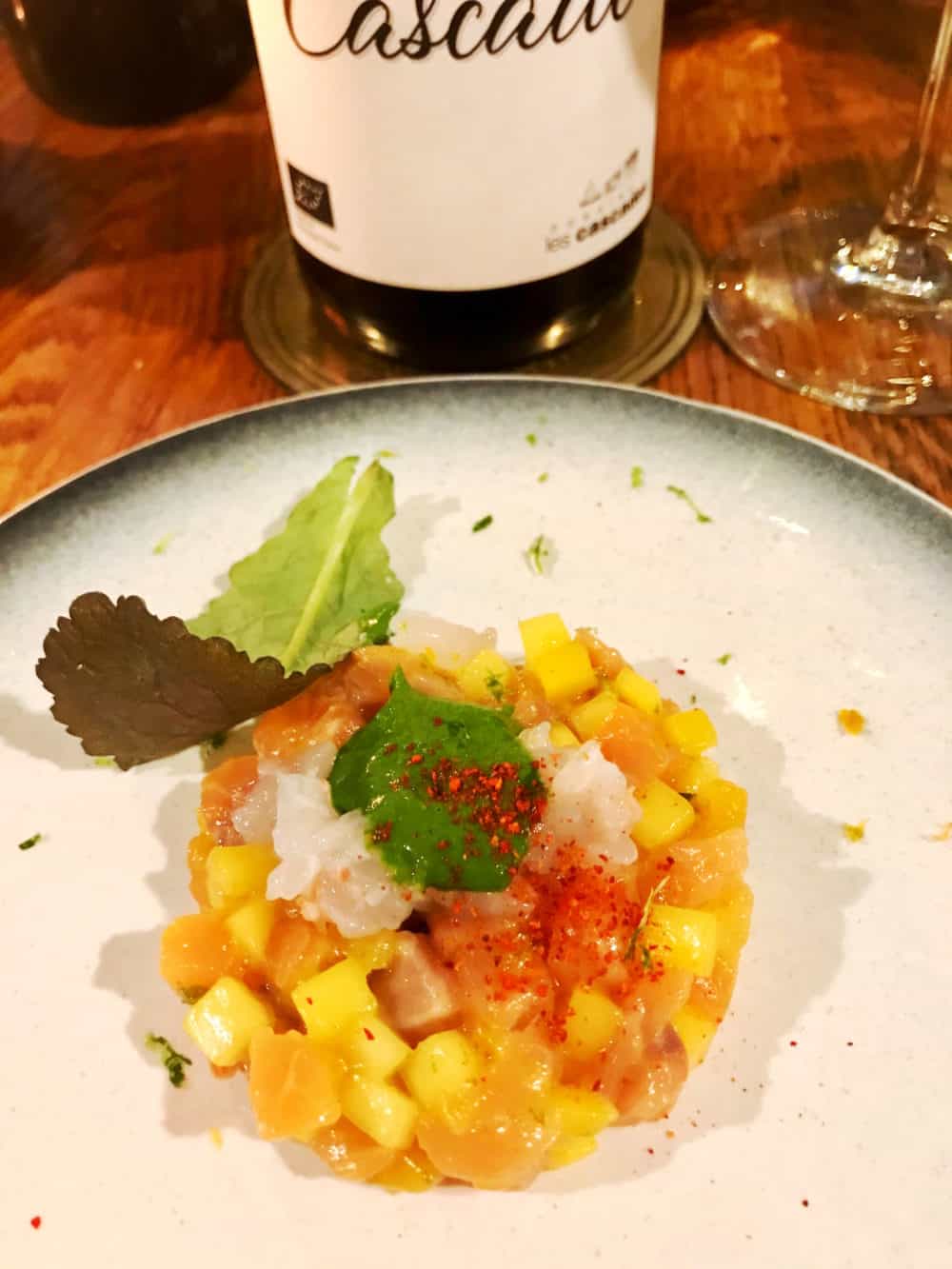 Next up was a tartare langoustine with smoked salmon, lime and mango. My. Partner wasn’t sure about the “raw prawns” but once started had no difficulty finishing them off. For anyone with any doubts, the lime and mango marinade the langoustine in seconds so in effect this was two kinds of preserved fish. 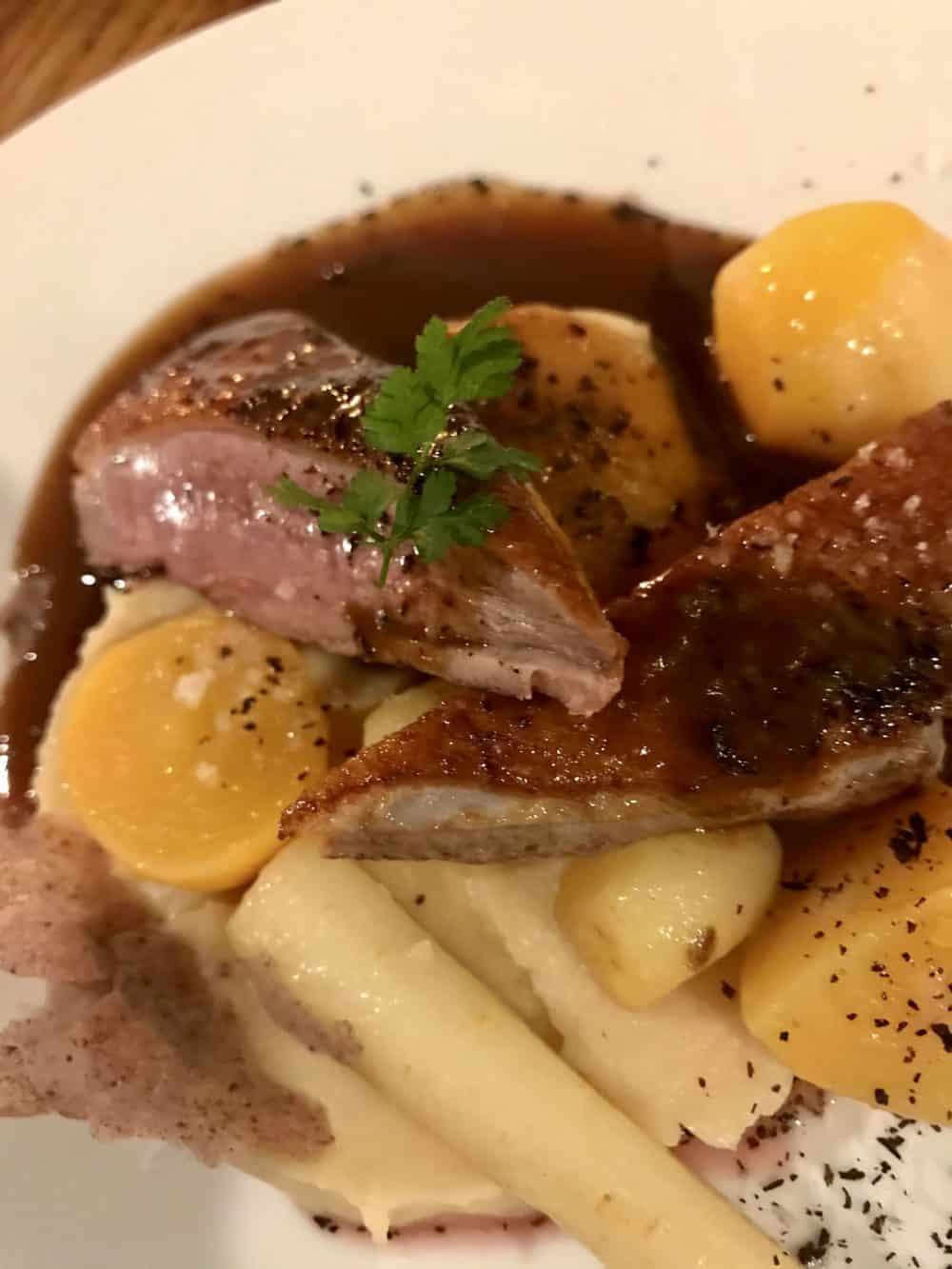 The meat of the evening came in the form of duckling fillet flavoured with juniper berry. The duckling was beautifully cooked and served with a selection of turnips and mashed parsnip doused in hibiscus meat juice. The mix of turnips was a delight. Several different kinds, each with its own unique flavour. Turnip in France means more than swede. Over a hundred varieties are regularly sold and enjoyed. Rabbit and turnip are a traditional French favourite brought up to date in this dish.

Dessert was another nod to French tradition. A sponge base topped with blood orange, capped with crunchy meringue and coated with chestnut puree. I found it a bit sweet but my partner loved it and had what was left of mine.

We finished off with coffee served with little lime financier cakes... which took us nicely up to midnight.

And what about midnight? Well, its fair to say Parisians celebrate New Year in pretty much the same way as everyone else. There was much cheering, much Happy New Year-ing, and much selfie taking. 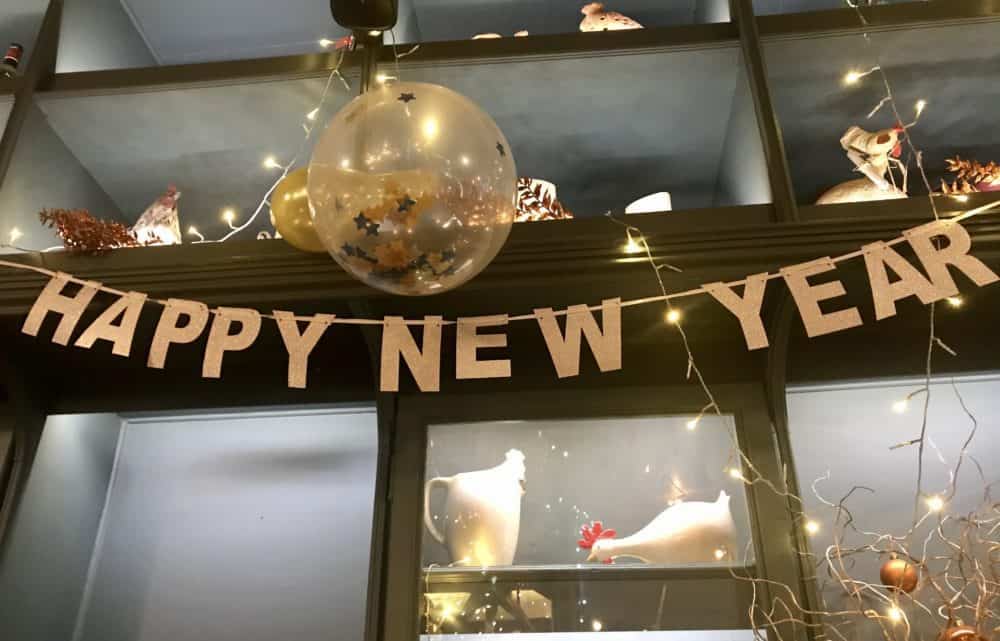 Overall, a nice evening and a very acceptable meal 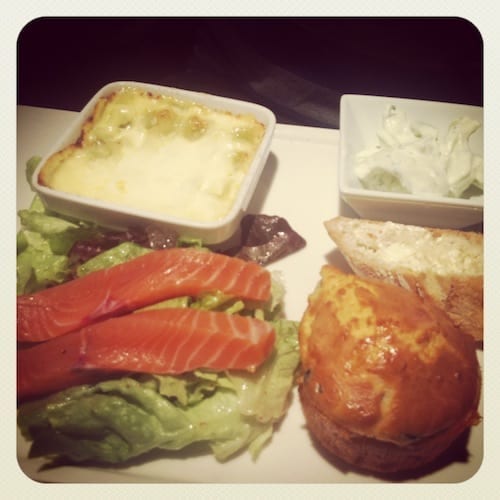