Auschwitz, a place everyone should try to visit

This year marks the 75th anniversary of the liberation of Auschwitz concentration camp by the 1st Ukrainian Front of the Red Army.  For those who want to delve into history, learn from the past and pay respects to those who have suffered, a visit to Auschwitz Birkenau is not exactly enjoyable but it is worthwhile.  To try and get your head around what happened here you really need to visit to see for yourself the preserved reminders and the sheer scale of the site. It is both unbelievable and humbling.

Located in southern Poland near the cities of Katowice and Krakow, both have international airports served by budget airlines. Also, Auschwitz is the German name given by the Nazis while the original Polish name is Oświęcim, pronounced like Osh-veent-seem.

Brief outline of the sites

The entry sign at Auschwitz camp I almost looks welcoming and even playful....

There are actually three separate sites which make up what is known as Auschwitz concentration camp, Auschwitz I and Auschwitz II-Birkenau are situated about 3.5 km from each other, and can both be visited today, while Auschwitz III Monowitz is the lesser-known factory site.  Transfer between camps I and II can be made by bus or on foot.  No fare is required to use the shuttle bus. If travelling by foot, which is about 2 miles (40 minute walk) then you will pass by old workshops and warehouses as well as the preserved remains of a few railway sidings and ramps [Alte Judenrampe], where the trains with deportees would stop and the members of the SS would make the selections. If you intend on walking then be prepared for lots more walking once you get to camp II as it is about 8.5 times bigger than the first camp! 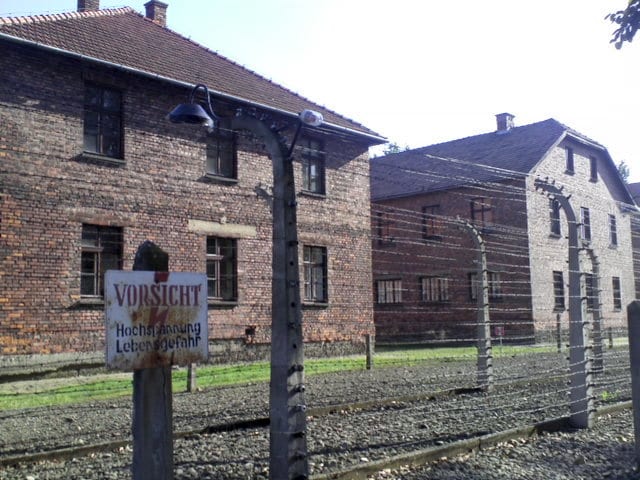 Formerly a World War I camp for transient workers,  Auschwitz I was the main camp and administrative headquarters of the camp complex. 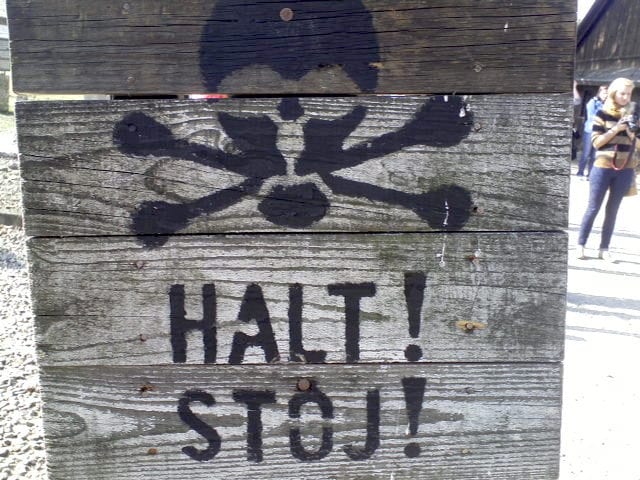 Reichsführer-SS Heinrich Himmler, head of the Schutzstaffel (SS), approved the site in April 1940 on the recommendation of Rudolf Höss of the camps inspectorate. Höss oversaw the development of the camp and served as its first commandant. 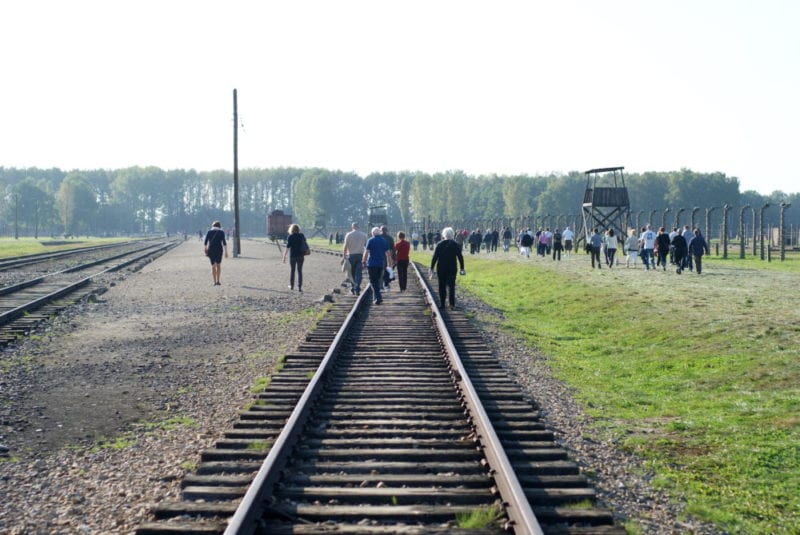 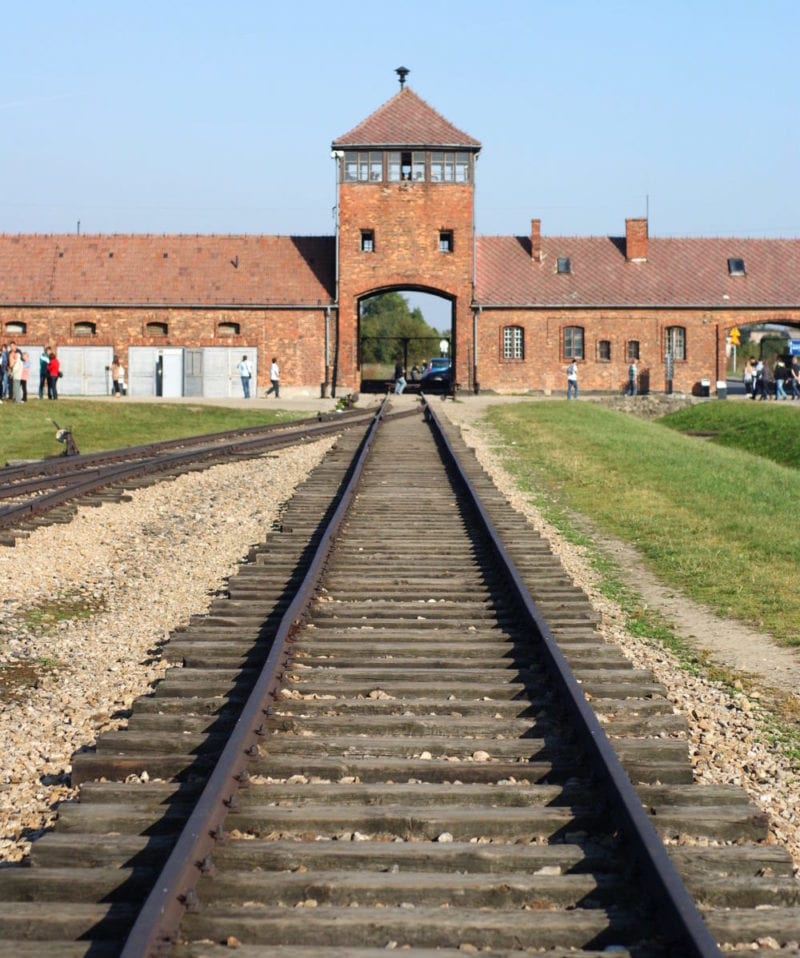 Auschwitz II-Birkenau is the camp that everyone thinks of with the railway line and imposing entranceway. 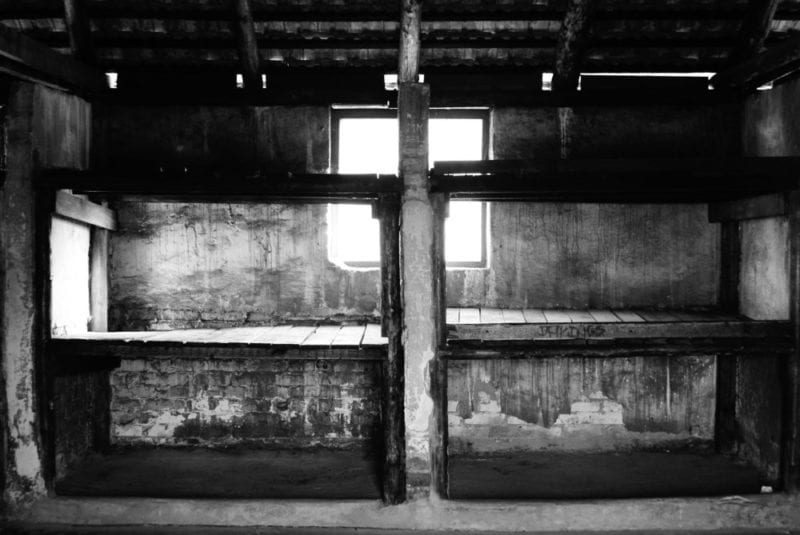 The least known camp within Oświęcim is Auschwitz III-Monowitz.  This site was chosen by IG Farben to make synthetic rubber.  Due to the distance from the two main camps a further camp was built in 1942 to house those working at IG Farben Buna Werke.
This camp was known as KL Auschwitz III-Aussenlager (Auschwitz III subcamp), and later as the Monowitz concentration camp, it was the first concentration camp to be financed and built by private industry.  There are no remains of the camp but there is a memorial which we have marked in the map below.  On the day of liberation, 7,000 inmates awaited help.

When to visit Auschwitz?

Auschwitz-Birkenau Concentration Camps are open to visitors daily, with the exceptions of 1st January, the first day of Easter and the 25th of December, please check on the official website to make sure it will be open when you wish to visit.

Remember that Auschwitz is the German name so look for Oświęcim on Polish maps and us destinations etc. The city of Katowice is actually nearer but most tourists travel from the bigger city of Krakow so here are some options.

Buses from Krakow to Auschwitz

The bus from Krakow leaves the main bus station and can take around 1.5 to 2 hours to get to Oświęcim.  The price is 12-15 PLN for a one-way ticket.

Get off at one of the stops located near to camp I. Below is a picture of the Museum Wiezniow Oświęcimia stop, the entrance is a short walk from here. 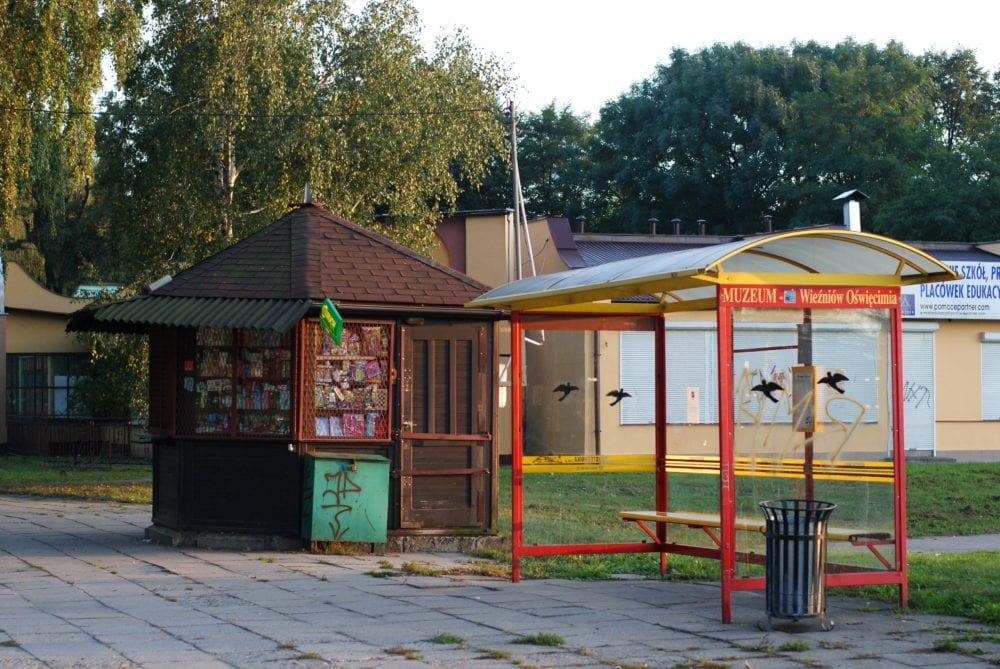 Train from Krakow to Auschwitz

Getting to Auschwitz from Krakow is not that hard after all. There is a direct railway connection to Oświęcim that leave from Krakow once an hour or two. The journey lasts around 1 hour and 30 minutes.  The cost is approx 15.60 PLN for an Adult one way ticket.  Once you arrive at Oświęcim Railway Station, it takes another 25 mins to walk to the camp.  There are local buses as well so take some smaller change with you if you decide not to walk.

Tour to Auschwitz with transport

If you find all those options too complicated, then an organised trip is best. 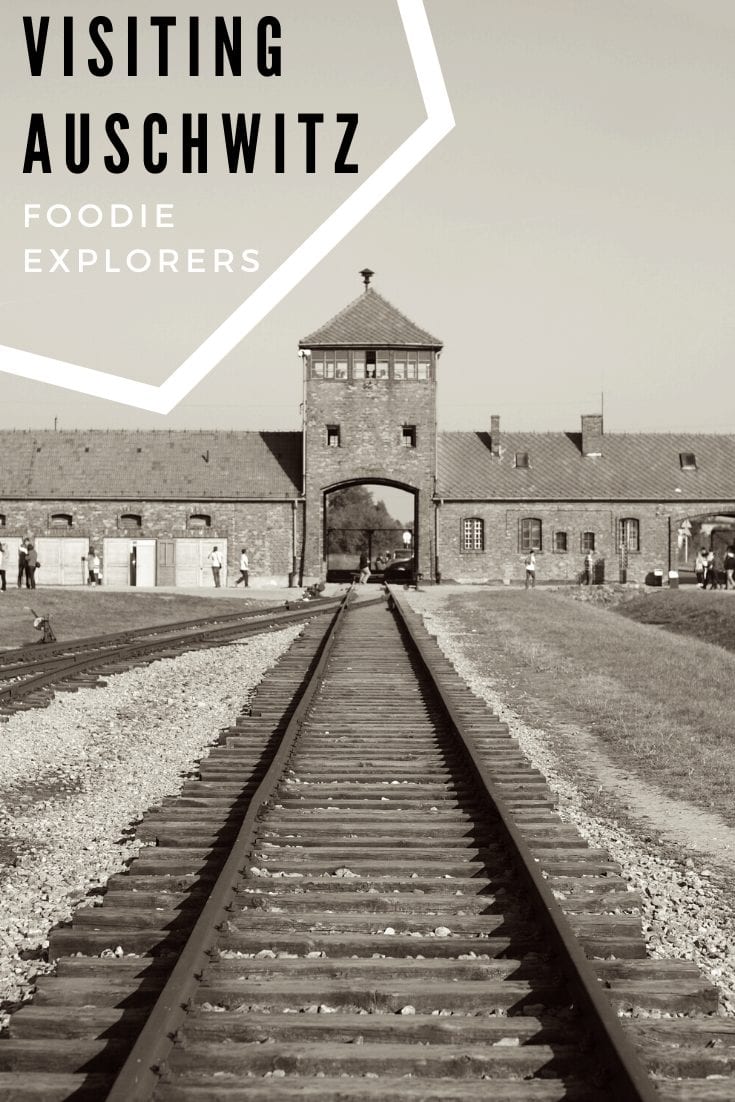 « A restaurant for the New Year in Paris - Les Fous de L’Iîle, Paris
Sorry Heston I’m taking a photo of my dinner »