Another leek recipe to celebrate St David’s Day, and the fact that leeks rock 🤘 This recipe uses vegan cheddar and vegan parmesan for a dairy-free alternative.  These made a filling lunch but would also make a good starter.    The shell of the leek acts as a sausage skin holding in the cheesy filling.  Click here for the recipe for leek, kale and sweet potato tart.

Glamorgan sausage was traditionally made with pork, however the full cheese version became popular due to the Second World War. Usually made with Caerphilly cheese, we’re not aware of any vegan version so this recipe uses vegan cheddar for its availability. 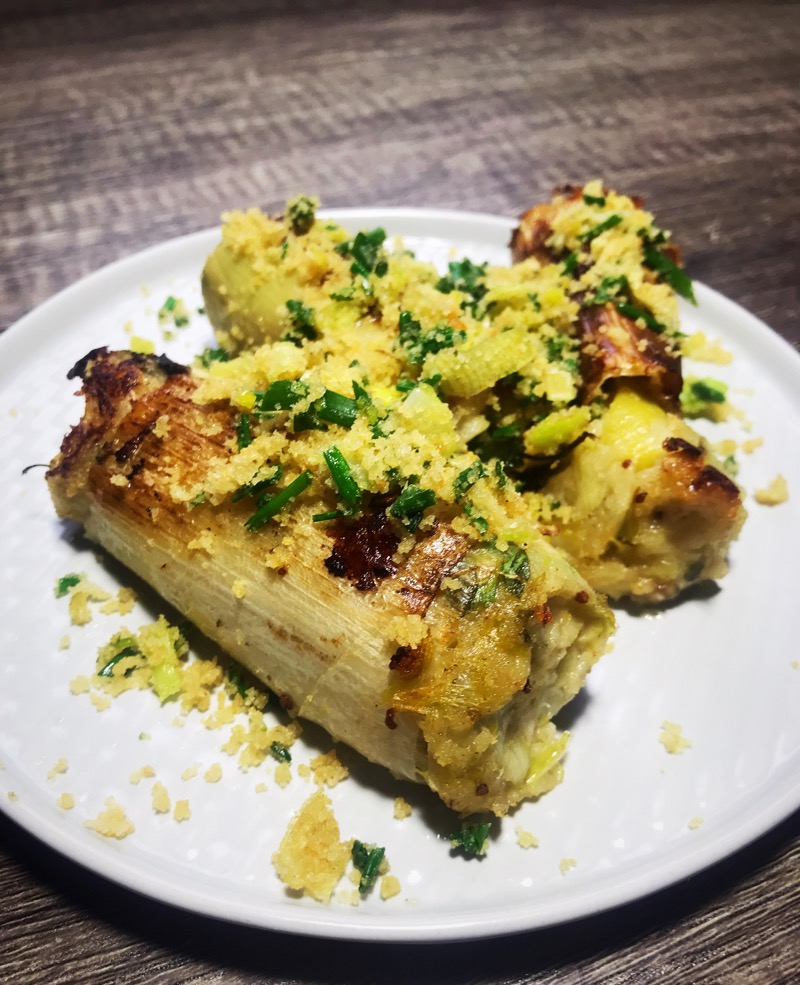 1. Bring a big pan of water to the boil
2. Add the leeks, boil for 2mins.
3. Carefully push out the uncooked middle of the leeks and slice thinly, reserve the rest
4. Sweat down the leeks with some oil, pinch of salt and some ground white pepper
5. When soft put into a big bowl and add the rest of the ingredients
6. Spoon carefully into the leek shells.
7. Fry lightly in a griddle pan for some colour and then place into the oven at 170 for about 20mins
8. Toast the breadcrumbs in a frying pan with the leek & oil until coloured, add chives and vegan parmesan.  Drain onto kitchen towel to remove excess oil.
sprinkle over the sausages. 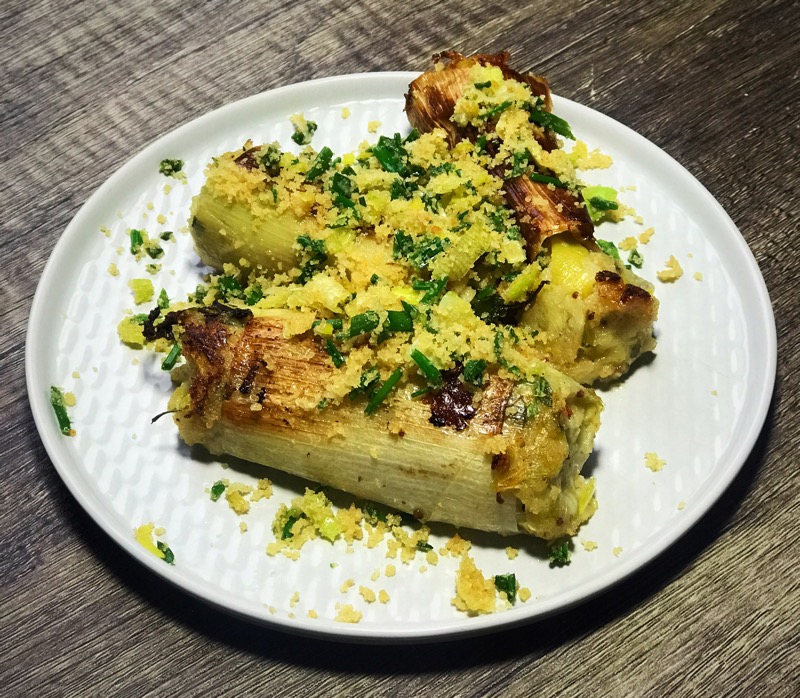