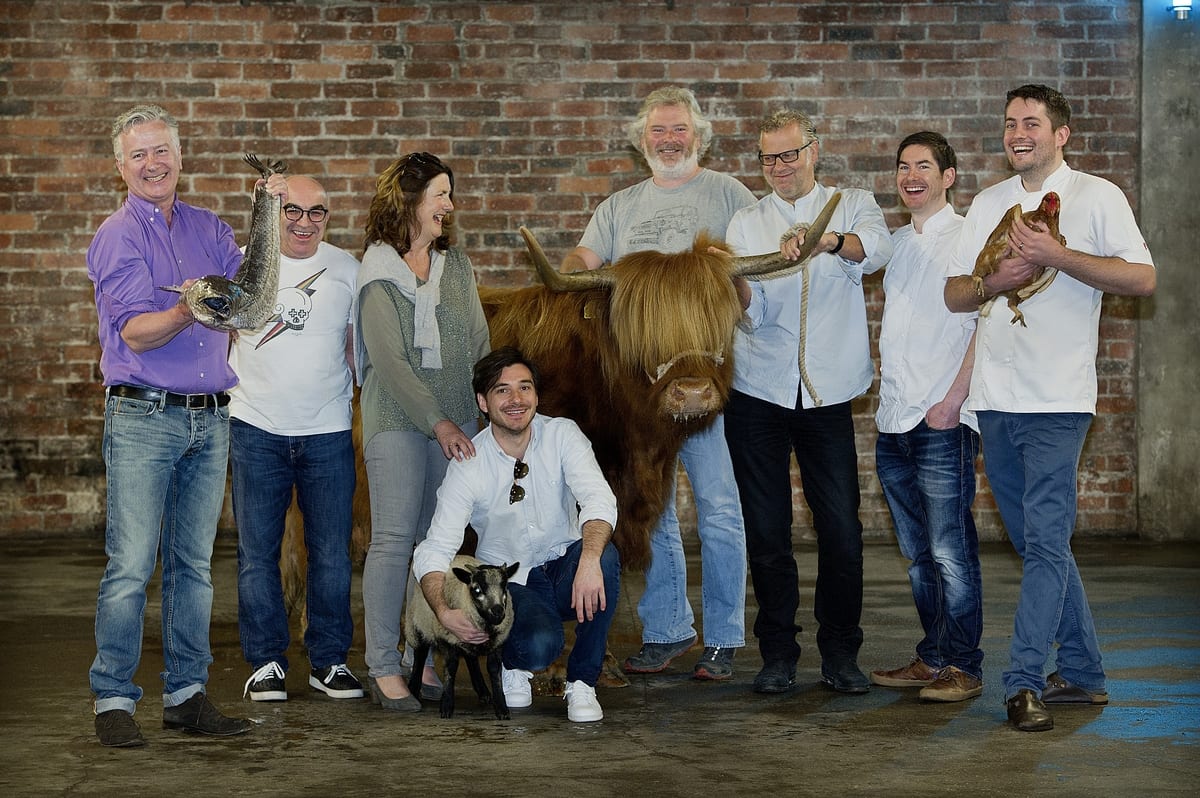 Following the sell-out success of last year’s Let’s Eat Glasgow!, the Real Food, Real Folk
co-operative of top city chefs will bring cream of food and drink produced across the West of Scotland whilst supporting social enterprises improving food nutrition across the city.

The not for profit cooperative members – Cail Bruich, Crabshakk, Guy’s Restaurant, Mother India, Ox and Finch, Stravaigin, The Gannet and Ubiquitous Chip – donate their time to the weekend-long fiesta of food.

Let’s Eat Glasgow!, which will take place at SWG3, in Finnieston, again, will take visitors on a spectacular journey from ‘field to fork’.

On top of the delicious food and pop up market  there’ll be a weekend long programme of cooking and butchery demonstrations by experts and celebrities as well as live music throughout.

“With Let’s Eat Glasgow! we want to shout about great food and inspire everyone to discover and taste the amazing produce being grown, reared and cooked across the West of Scotland.

“We want folk to come along, see, smell, taste and enjoy good food, leaving with some of the same passion we have for cooking with good, locally sourced produce.

“In Glasgow, we can’t stage a festival like this without trying to do something about the very real food inequality still prevalent across our town. We are a long way from being a place where everyone has the choice and opportunity to eat well.

“By growing the size of Let’s Eat Glasgow! this year, we hope to double the number of visitors. We can then provide an even bigger showcase for social enterprises and raise money to help them in their work making a real difference across the city.”

The guest restaurants will include Café Gandolfi, Hanoi Bike Shop, Martha’s and Eusebi’s.

The full line-up of 16 restaurants will be announced next month.

Restaurant plates will be priced at £5 like last year, with the addition of a number of £7.50 plates allowing the restaurants more scope.

The pop-up market will again be a burst of flavours and aromas as 60 of the West of Scotland’s most innovative and exciting food and drink producers and foodie social enterprises come together in the city.

The showcase will feature all categories of produce, from oysters, venison and rare breed pork, cheeses and artisan breads through to locally produced spirits and craft beers and delicious chocolates and ice creams.

Food-based social enterprises, which will once again be given free stand space at Let’s Eat Glasgow! to raise awareness of their work and sell produce, will include Slow Food West Scotland, Plan Bee and Bridgeton’s The East Ate.

Real Food, Real Folk also plans once again to distribute 1,000 free vouchers for the restaurant food at the festival amongst social enterprises and foodbanks across the city. Last year recipients included the Glasgow City Mission, Maryhill Foodbank and Community Veterans Support in Govan.

The weekend-long demonstration programme will feature last year’s popular mix of celebrities alongside guest chefs. Alex Norton, perhaps most well-known for playing DCI Matt Burke in Taggart, will be back again for a two-hander with Guy Cowan.

Real Food, Real Folk also hopes to expand the livestock display which was a popular feature at last year’s event, to encourage people to think about where good food comes from and how much of it is available on their doorstep.

Keep up to date at
www.letseatglasgow.co.uk