Ribeye steaks at The Grill on the Corner in Glasgow

Grill on the Corner has been part of Glasgow’s food scene for 12 years but we hadn’t been for years so it was time to rectify that! The home of steak in Glasgow has had a spruce up and a new Scotch beef menu added, so there's your excuse to visit. 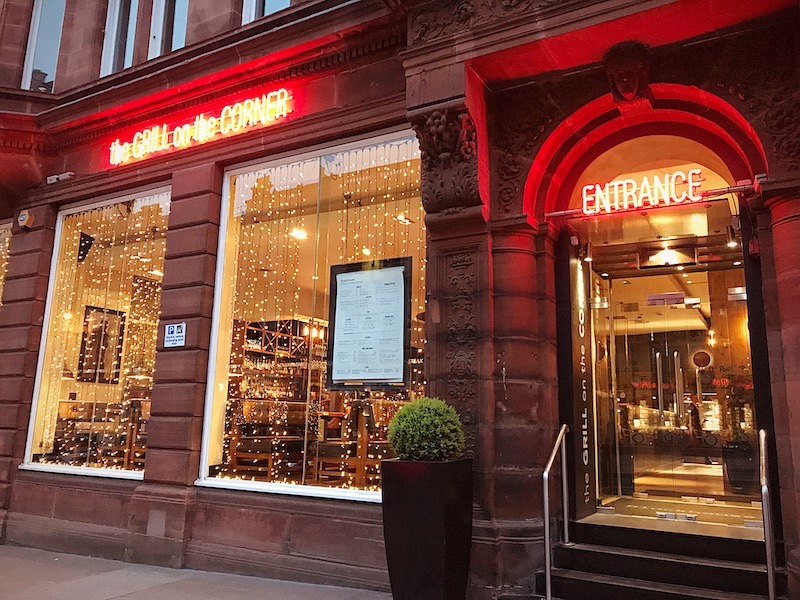 Bright and swish, The Grill on the Corner is perfectly located for anyone travelling by train into Glasgow Central Station or by bus up Hope St or down Renfield and Union St. 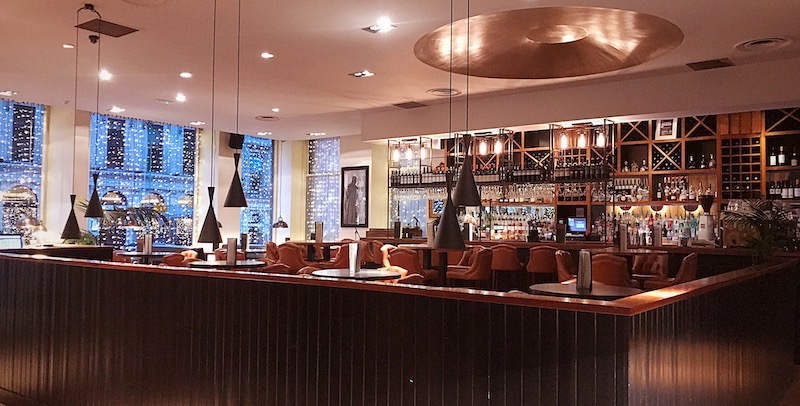 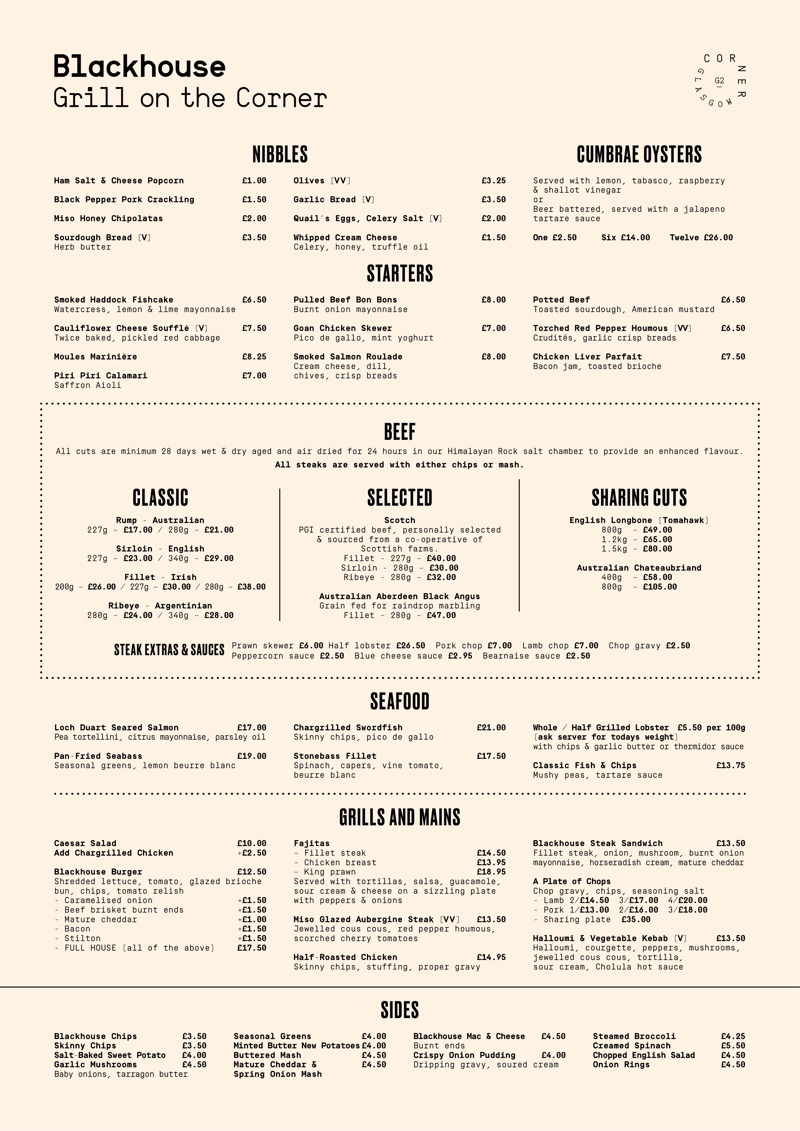 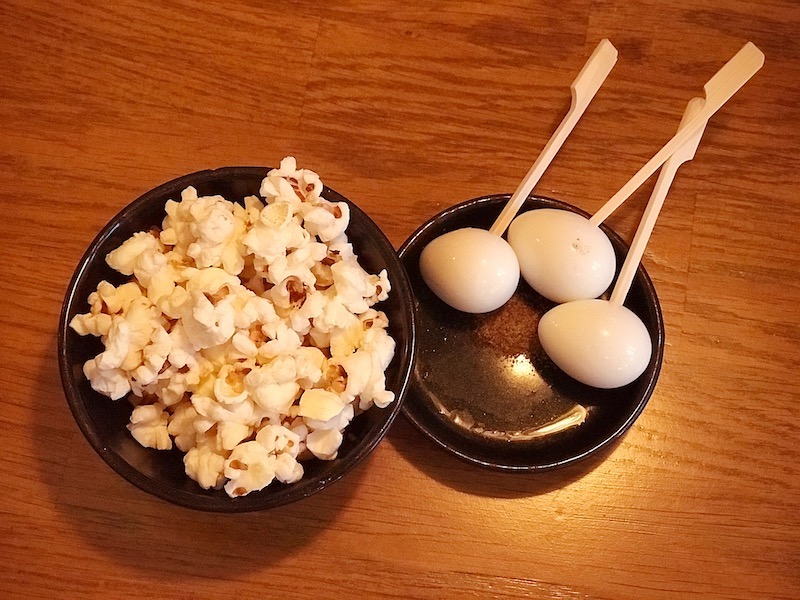 The next big decision was drinks.  Although we spied a few unusual beers (Meantime Koala lager) and ciders (Aspall Isabel’s Berry and Harry Sparrow) on the menu, it made sense to have a glass of red wine each, and Malbec always goes with steak so we swiftly ordered up an Argentinian Altos Las Hormig Malbec (250ml for £11.20) and Cramele Recas Pinot Noir from Transylvania (£8.40). 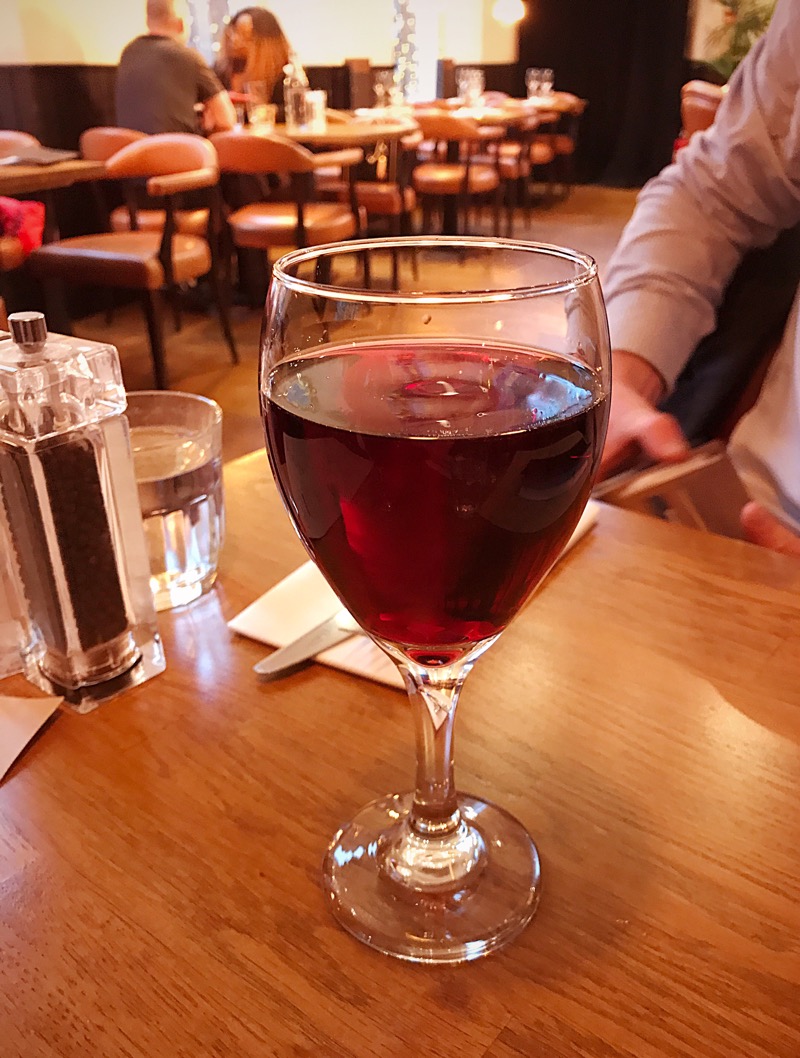 Mr Foodie is always partial to Pinot Noir, he says it’s like Ribena for adults at times, perhaps not the most “sophisticated”, whatever that means, but it was light on tannins and very drinkable. The Malbec of course was drier and heavier and actually we preferred the Pinot Noir and so after round one the score was Romania 1 Argentina 0. 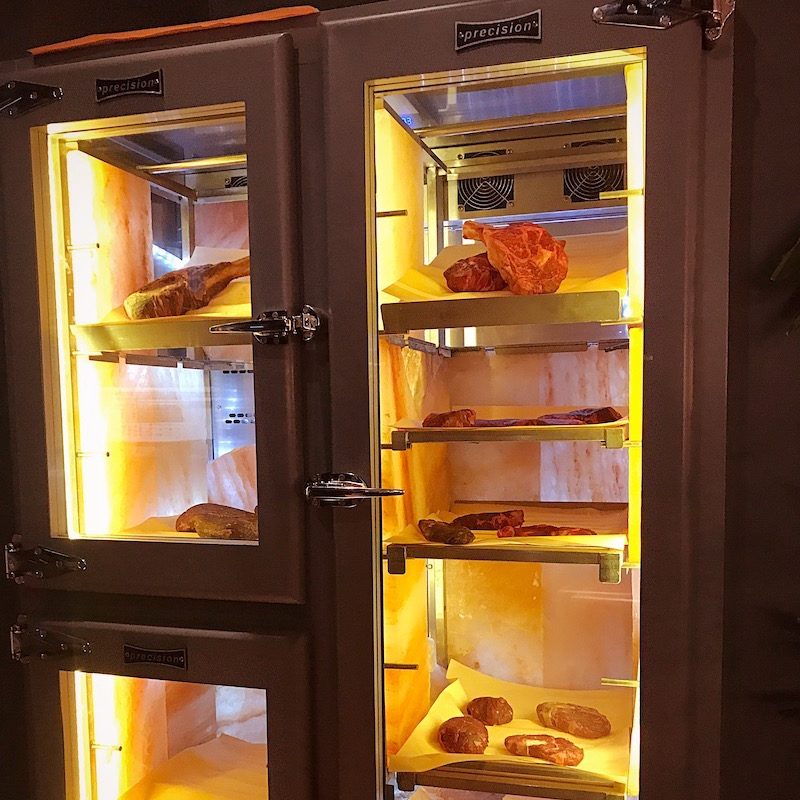 Actually, before taking your seats in the main restaurant area take a second to admire the ageing fridge, filled with slabs of steak.  Is this the best steak in Glasgow? We decided to have our own steak competition and find out!  Scotland v Argentina this time.  Would this be just like Maradona's first match in charge of his national team with an Argentinian win? Or would the Scotch ribeye battle forth? 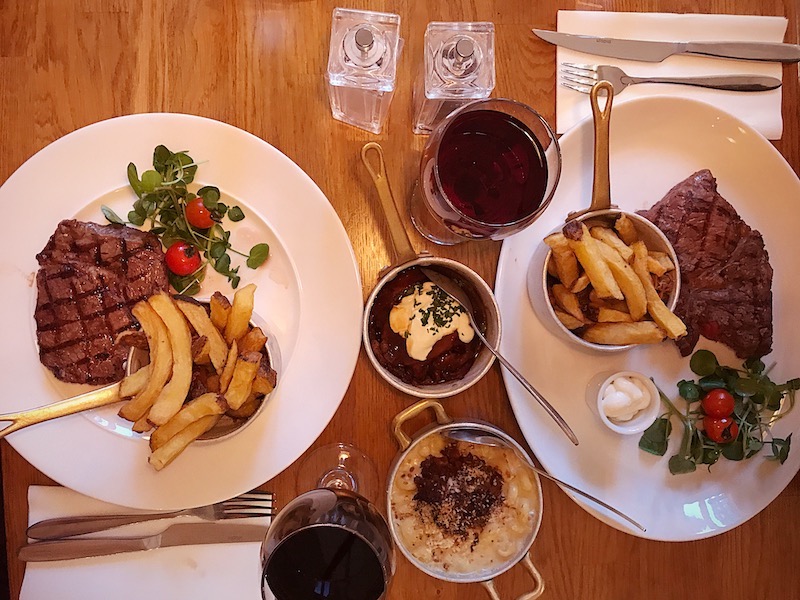 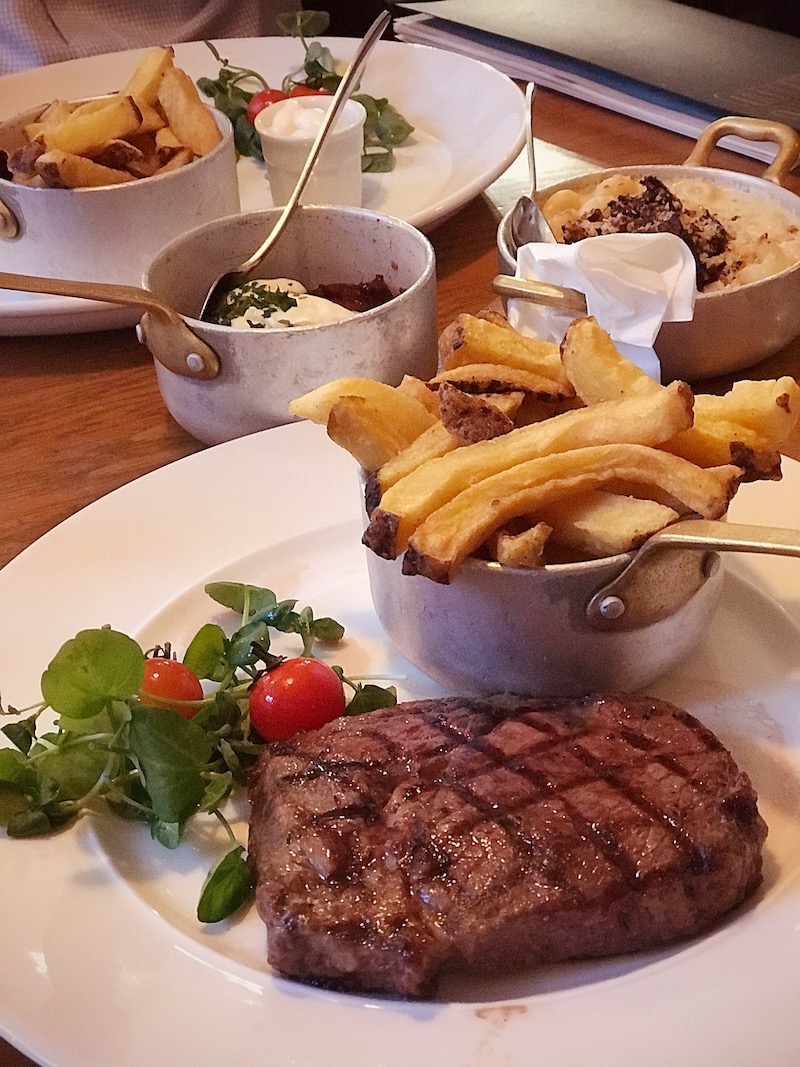 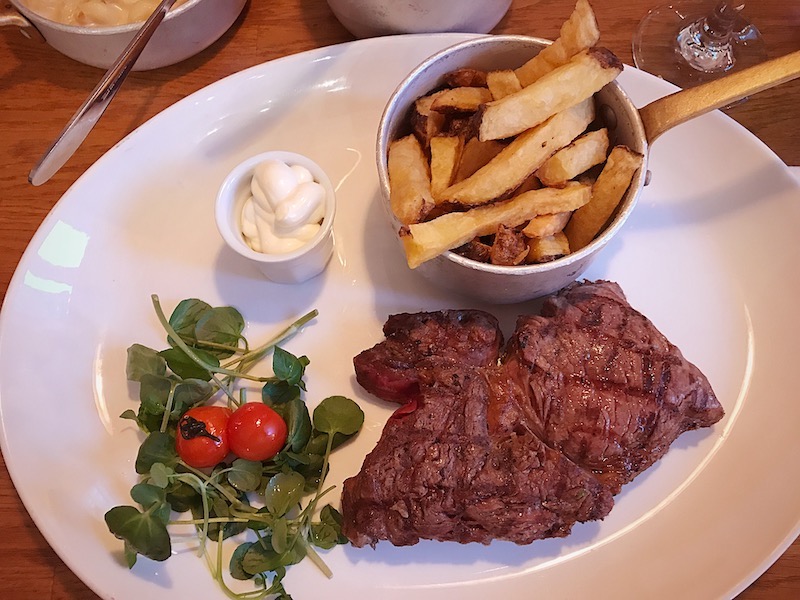 Both served medium-rare. The Scottish ribeye looked better from the get go - brighter pink with a more noticeable grilled exterior.  Both were textbook steaks but the Scotch beef just edged ahead with tenderness and moisture. check it out below. 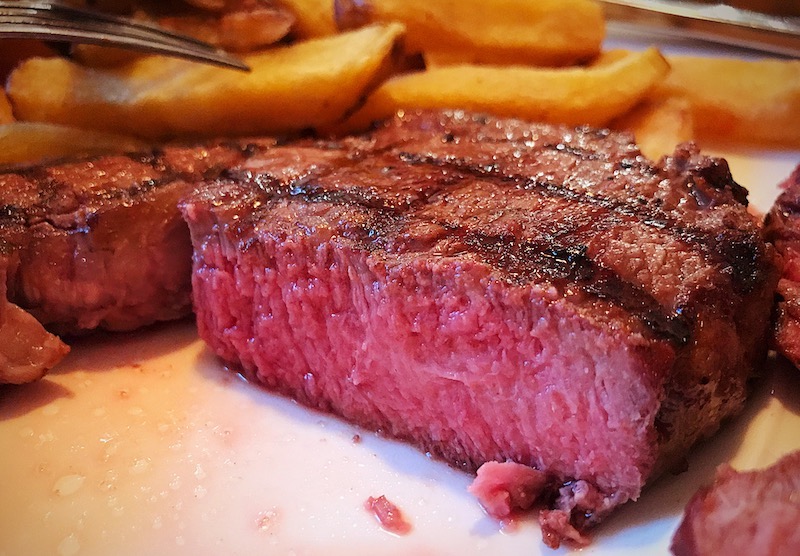 Of course we had to have Blackwoods macaroni cheese (£4.50), which in a bold move, was flavoured with horseradish! We both love horseradish so this went down a treat. Add to that the fact that it was cheesey and not just covered in a defunct white or yellow coloured sauce. 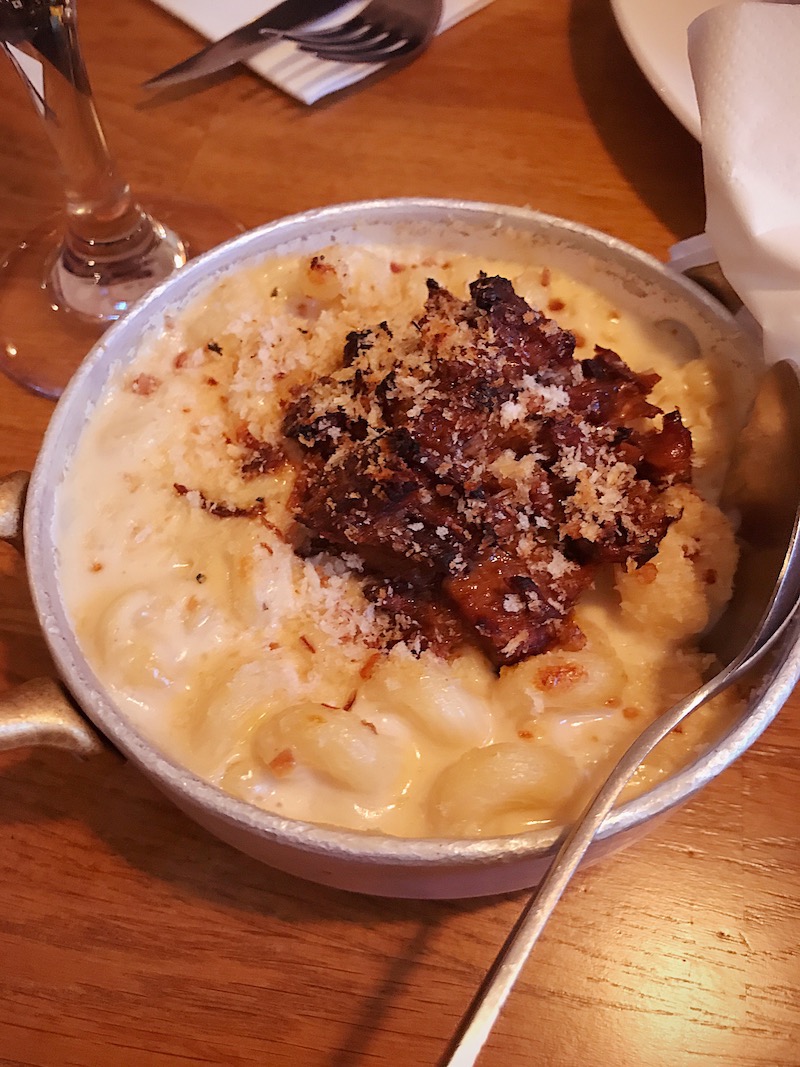 We also had an onion pudding (£4.00) to aid us in our quest for five a day although it didn't look much like what we were expecting but it was a savoury caramelised onion concoction! 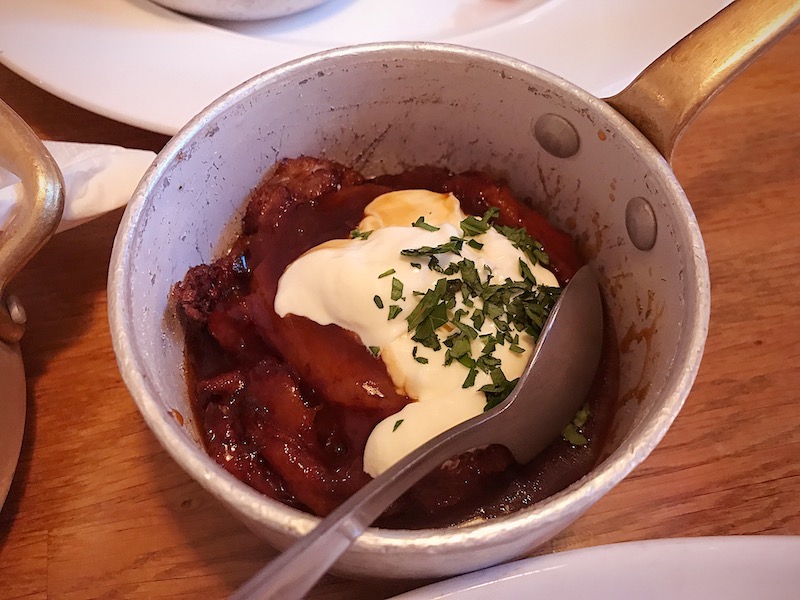 Perhaps the biggest surprise of the night though was the score, Scotland 1 Argentina 0. Yes, we actually do we have amazing steak on our doorstep!

After all that meat, we struggled to find room for dessert each so we shared a knickerbocker glory (£6.00). As expected, layers of ice cream, cream, fruit and meringue.  Suitably sugar filled, we decided it was time to head home... 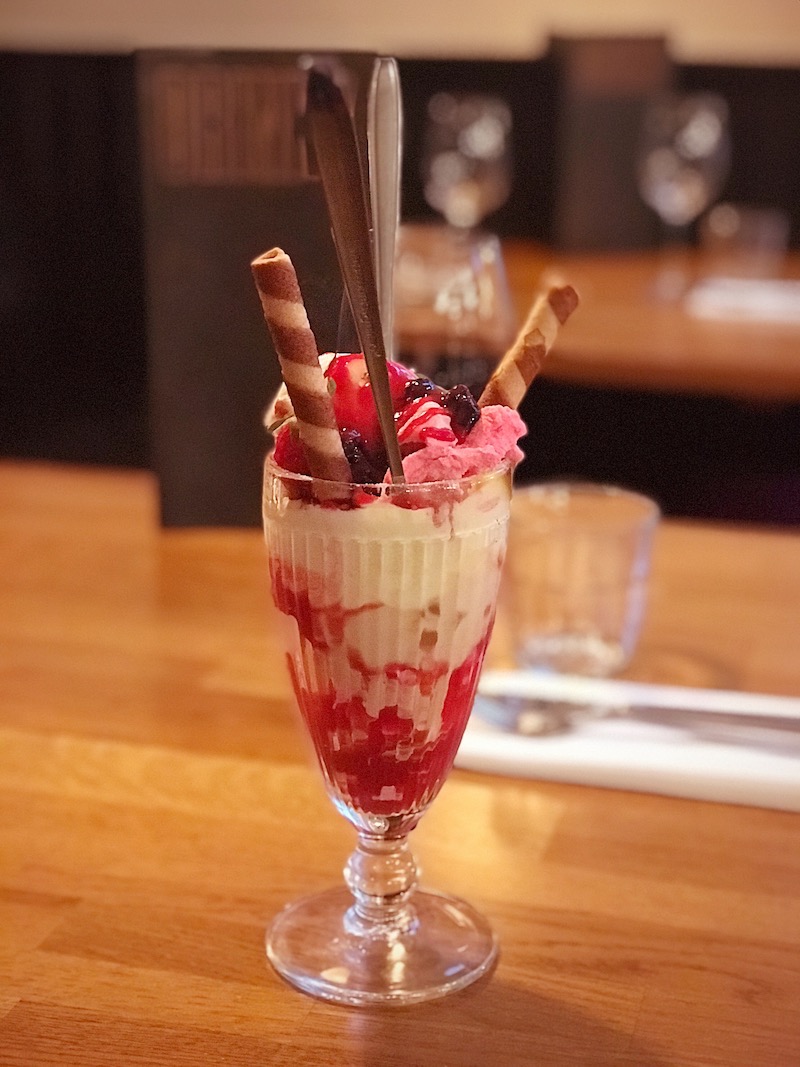 Excellent steak, especially the Scottish one! Great drinks selection and smart surroundings. Service was pretty good though there was no offer to take our jackets which was offered to other tables.

Toilets were in great condition, down a lengthy set of stairs but the way there smelled like a spa! 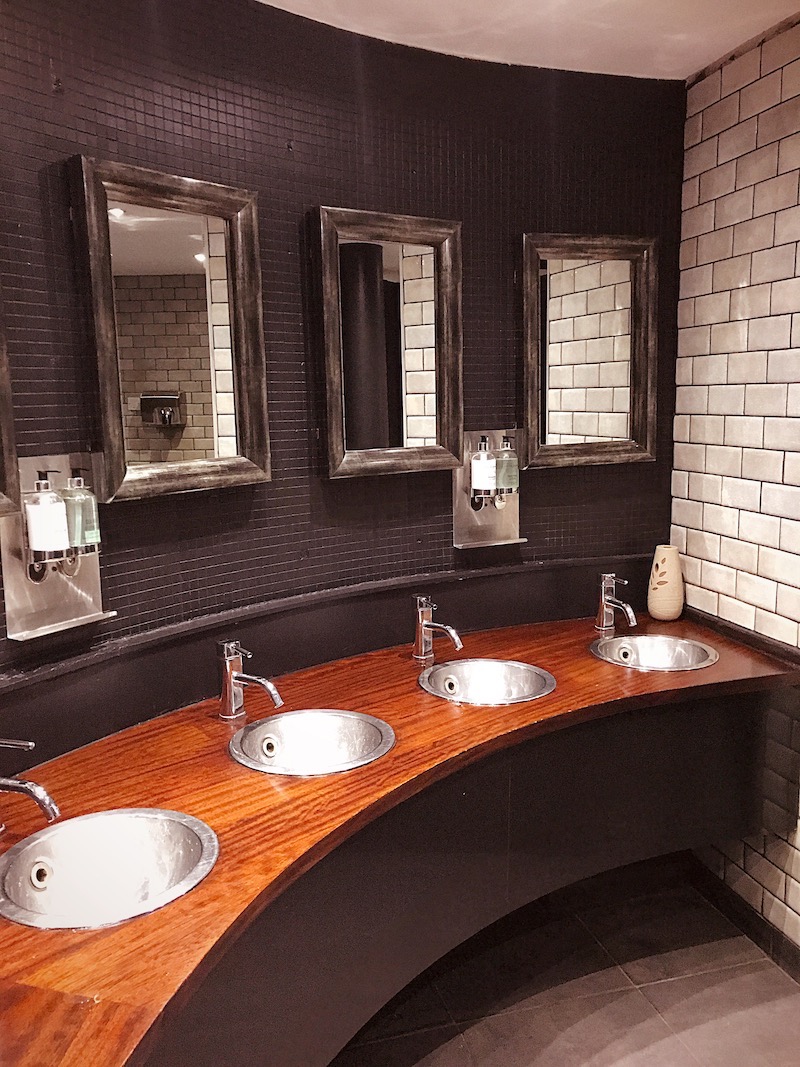 The Grill on the Corner
21 Bothwell Street
Glasgow
G2 6NL

Disclaimer: we received a mostly complementary meal but had to pay for our starters and sides. Fred sez the meats looked amazings so he believes his hoomans.