Behind the scenes at Chernobyl

Chernobyl is an infamous name, however, the small town near Ukraine's border with Belarus is somewhere not many people have been to.  With interest piqued again internationally thanks to the HBO Chernobyl mini-series, we decided to take a look back to our trip to Chernobyl in 2013.

The name is synonymous with the Chernobyl Nuclear Disaster, however, Pripyat is the larger town and is nearer to the power plant itself.  Chornobyl is the proper Ukrainian way to spell the name, however, we will use Chernobyl the Russian spelling as it is what has been used in the UK throughout the years.

Chernobyl is about 56 miles north of Kyiv and before its evacuation had around 14,000 residents. Today, Chernobyl is a ghost town inhabited by workers and personnel of the Chernobyl Exclusion Zone as well as growing numbers of tourists!

Do you know what Chernobyl (Chornobyl) means?

The name of Chernobyl comes from the plant wormwood.  Wormwood is a woody shrub with a bitter aromatic taste, used as an ingredient of vermouth and absinthe.  It can also mean a state or source of bitterness or grief. Now that is a bit spooky! Spookier still...in Revelation 8:11, the name wormwood is given to a great star which, at the sounding of the third angel's trumpet, fell from heaven upon the third part of the rivers and on the fountains of the waters, turning them to a bitterness of which many died.

Here are the variants of the name in Ukrainian and Russian. Ukrainian - Чорнобиль Chornobyl Russian Чернобыль Chernobyl.

These signs are for the 189 villages which were evacuated during the disaster. 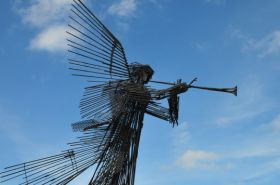 "The Third Angel sounded, and there fell a great star from heaven, burning as it were a lamp, and it fell upon the thirld part of the rivers, and upon the foundtains of waters. And the name of the star is Wormwood; and the third part of the waters became wormwood; and many men died of the waters, for they were maade bitter." Revelations 8:10-11. 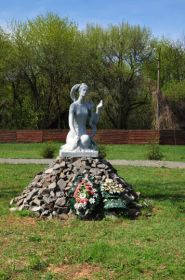 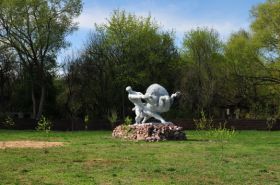 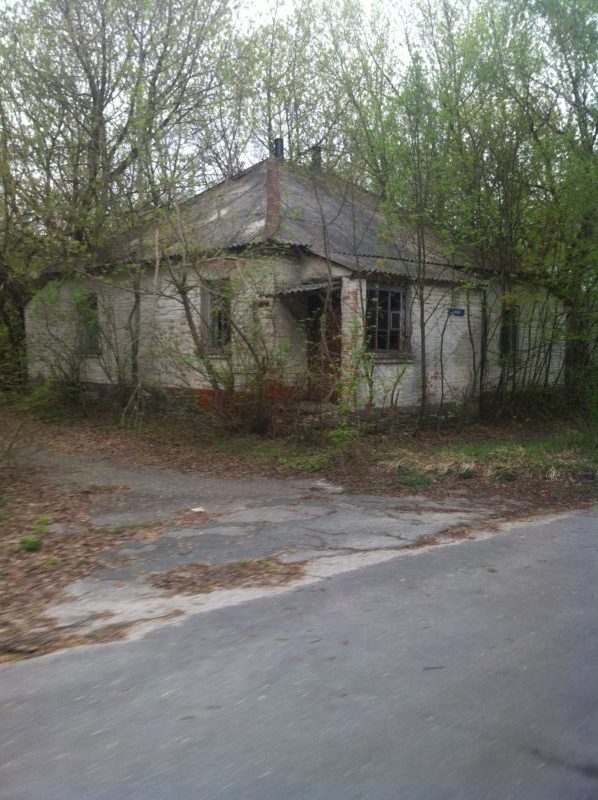 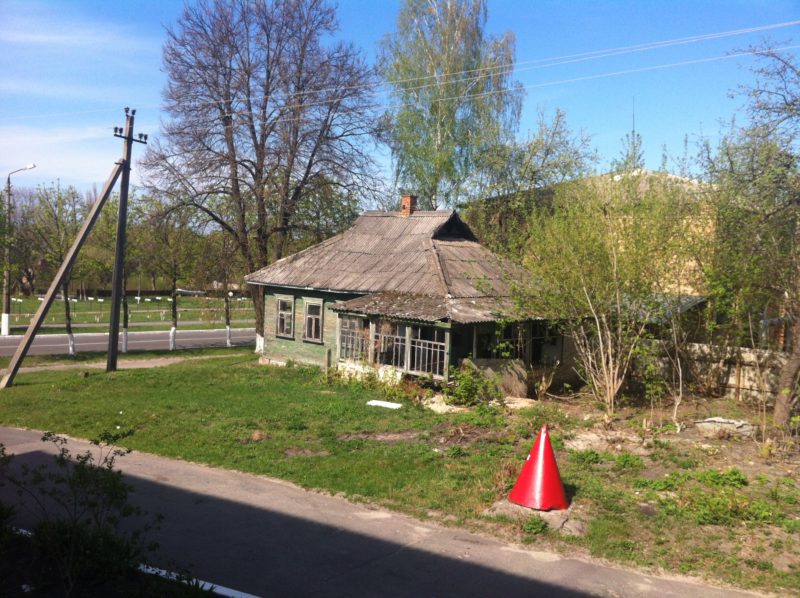 Time to visit the power plant itself... 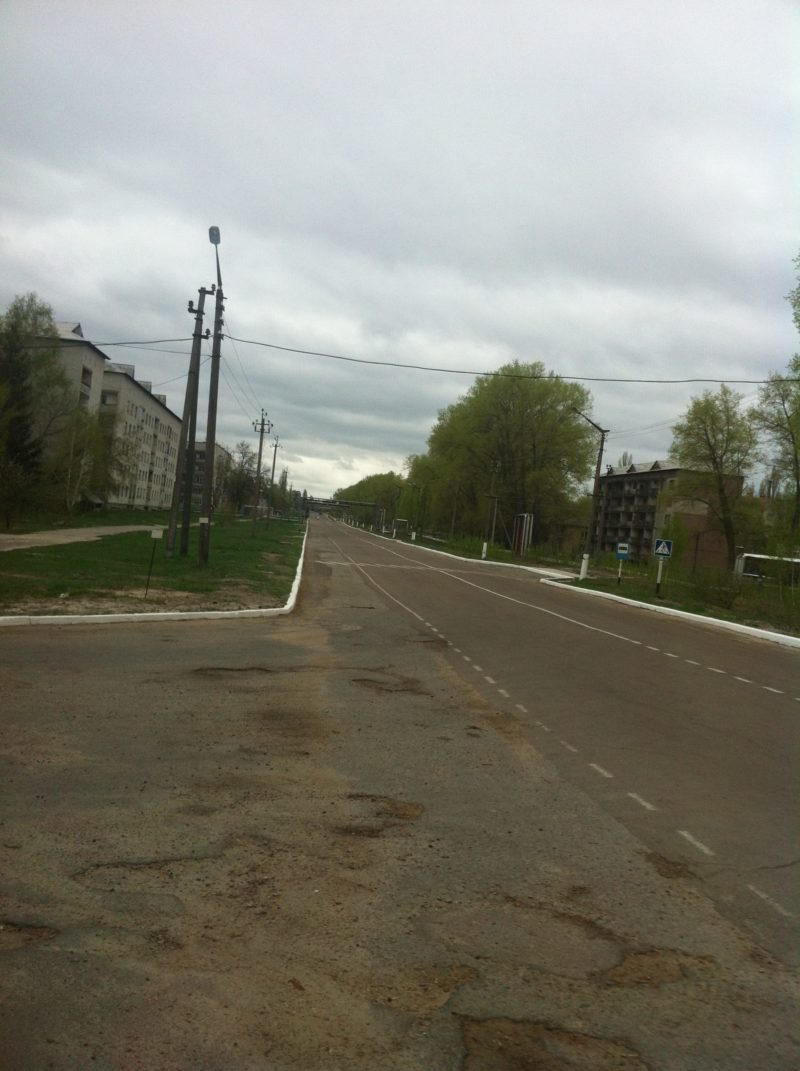 What caused the disaster?

It is generally agreed that the disaster was caused due to a flawed reactor design as well as inadequately trained personnel.

A test was scheduled to determine whether, in the event of a loss of station power, the turbine could provide enough electrical power to operate the main core cooling water circulating pumps.

The test was delayed until a later shift appeared as power from the reactor was needed throughout the grid.

For the test, power should have been stabilised at about 700 MWt, however this dropped to 30MWt. Efforts were made to increase power by removing control rods.  Power stabilised at around 200 MWt and it was decided that the test would be carried out at this time. The turbine stop valves were closed and pumps stopped which with slower flow rate, together with the entry to the core warmer feedwater, may have caused boiling at the bottom of the core.

We visited the town and the power plant as part of a guided tour around the exclusion zone.  This was before the new sarcophagus was moved into position to stop the flow of radiation from the old roof.

The Chernobyl Power Plant is located about 130 km north of Kiev, Ukraine, and about 20 km south of the border with Belarus.  It had four nuclear reactors. Units 1 and 2 were constructed between 1970 and 1977, while units 3 and 4 of the same design were completed in 1983. Two more RBMK reactors were under construction at the site at the time of the accident. 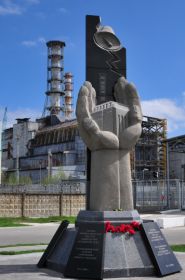 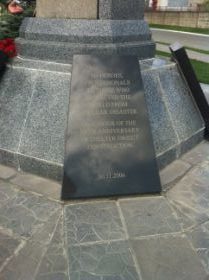 Reactor 4 was enclosed in a large concrete shelter which was erected quickly.  However this structure would not last and was leaking no radiation.

The New Safe Confinement (NSC) structure was completed in 2017.  This can be seen below.  It was built adjacent to the reactor and then moved into place on rails.

The Chernobyl Nuclear Power Station was in operation until 2000 and is now being decommissioned.

In memory of those who lived, worked and cleaned up Chernobyl Power Plant. Follow our journey onto Pripyat.

« Discovering Fuet in Vic, Catalonia
Food Review: The Grill on the Corner, Glasgow »