Lentil soup is one of the simplest, cheapest and easiest soups to make. It is gluten free and can easily be made vegan friendly. It's a close relative of dhal, in fact a bowl of thick meat free lentil soup topped with some spicy butter is a bowl of dhal.

To Ham or Not to Ham

Lentil soup can be made with or without ham. If you decide to use ham there is no need to buy anything expensive. 200 grammes of bacon trimmings, a few ham ribs, or for a really meaty soup try a ham hough 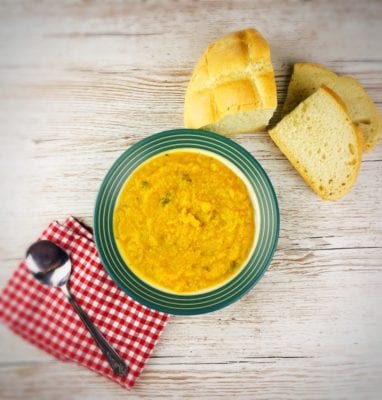 If you do decide to make a meaty soup, start by making the stock.

Bacon is the simplest.

Ham Hough takes a bit more time but will add a lot more flavour. ... just be aware that the dark heavily "smoked" ones you see are very salty.

Other Ham can also be used. Just pop any scraps or leftovers of cooked ham into the soup and it will add extra flavour.

Lentil soup freezes well, so make a big batch and have a bowlful on cold winter days. 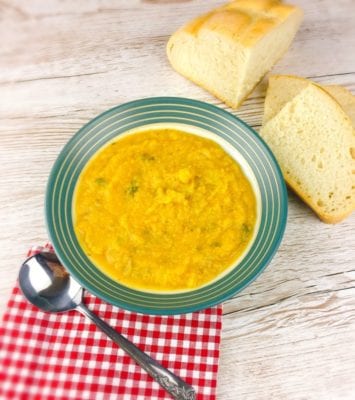