Glasgow’s Kingston Bridge has been recognised with listing status at Category C for its special architectural and historic interest, timed for its 50th Birthday. 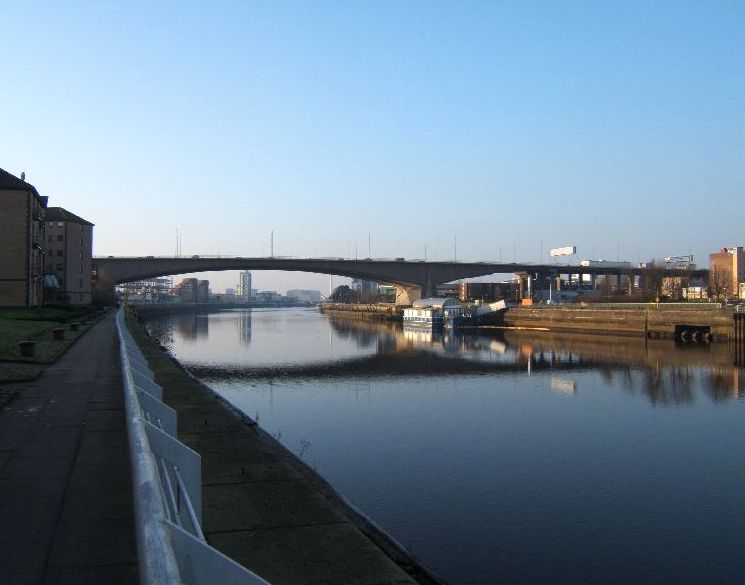 The ten-lane road bridge which spans the River Clyde was nominated for listing by Transport Scotland to mark the bridge’s 50th anniversary, and the public were asked for their views on the proposal.

Here are a couple of maps from before the development. 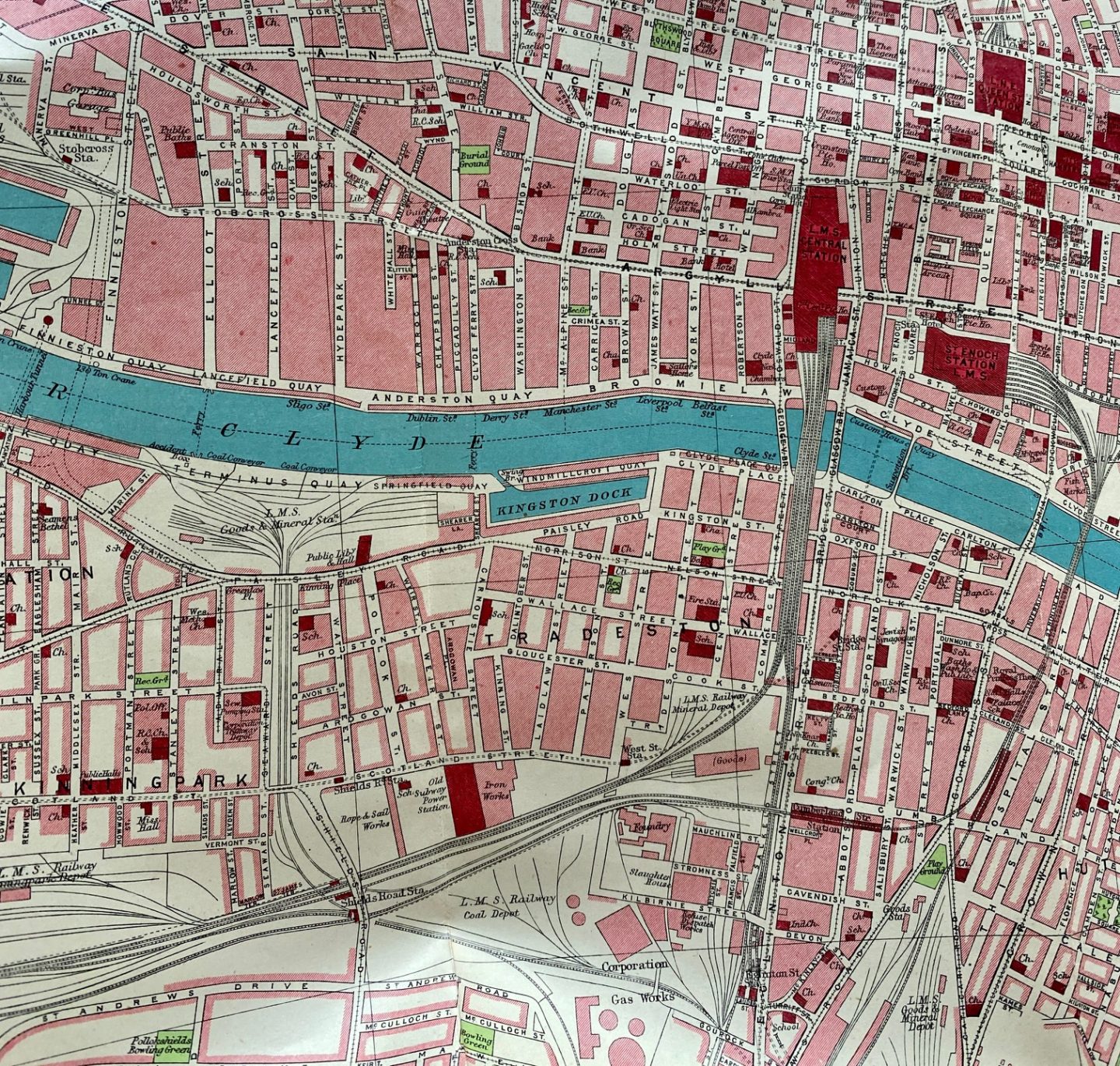 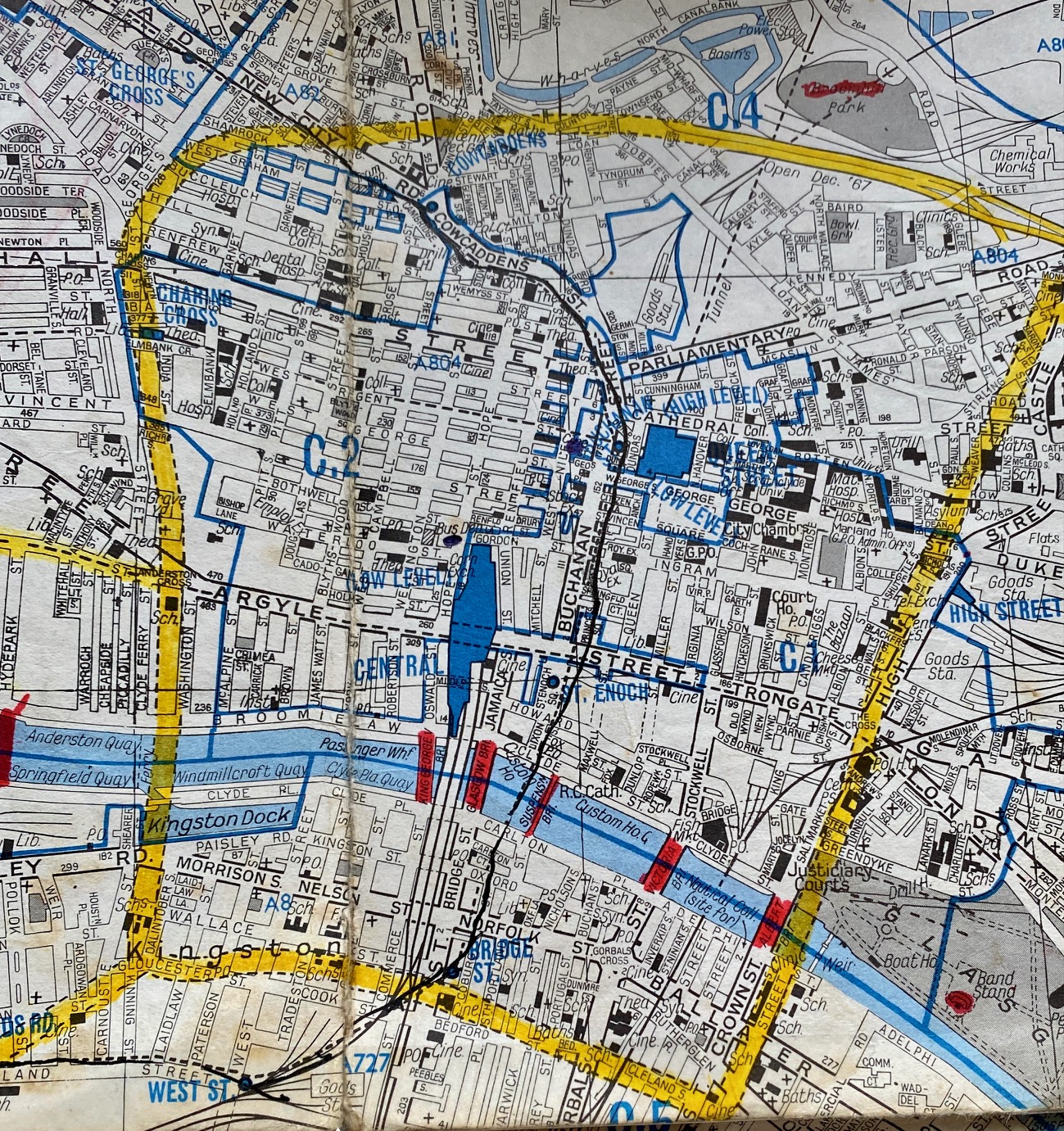 The bridge and the rest of the 1965 plan has been a controversial addition to the city, however it is part of the city and has been recognised as a significant infrastructure project which transformed the city of Glasgow.

The Kingston Bridge forms part of the M8, Scotland’s first motorway. The fabulous website Glasgow Motorway Archive is a mine of information and worth diving into.

Did you know that the Kingston Bridge is an  early example of a cantilevered concrete box girder bridge by one of the leading civil engineering firms of its period.

Today, the Kingston Bridge is the most used road bridge in Scotland and amongst the busiest in Europe, being used daily by between 150,000 and 160,000 vehicles.

“We’re grateful for the time people took to share their views with us about the Kingston Bridge.

“What became clear through the consultation is that people feel very strongly about the decision to list the Kingston Bridge, and a number of issues were raised ranging from concerns that this would mean the bridge must always remain a motorway and the climate change impacts of this, to worries that recognising the bridge in this way was insensitive to the effect its construction had on the communities directly affected.

“In listing the Kingston Bridge, we have responded to the consultation to show both the positive and negative aspects of its history– including how a large part of Anderston Cross was demolished and transformed as part of the city’s ambitious and innovative redevelopment of the area, which included the building of the bridge.

“Listing doesn’t mean that a structure has to stay the same forever or remain in its original use. Rather, it means that there is a special interest that should be taken into account in the planning process.

“We’re continuing to receive more requests to list our modern buildings, and we remain committed to working with the people of Scotland to ensure that our listing process is engaging, transparent, and reflects all aspects of our country’s heritage.” 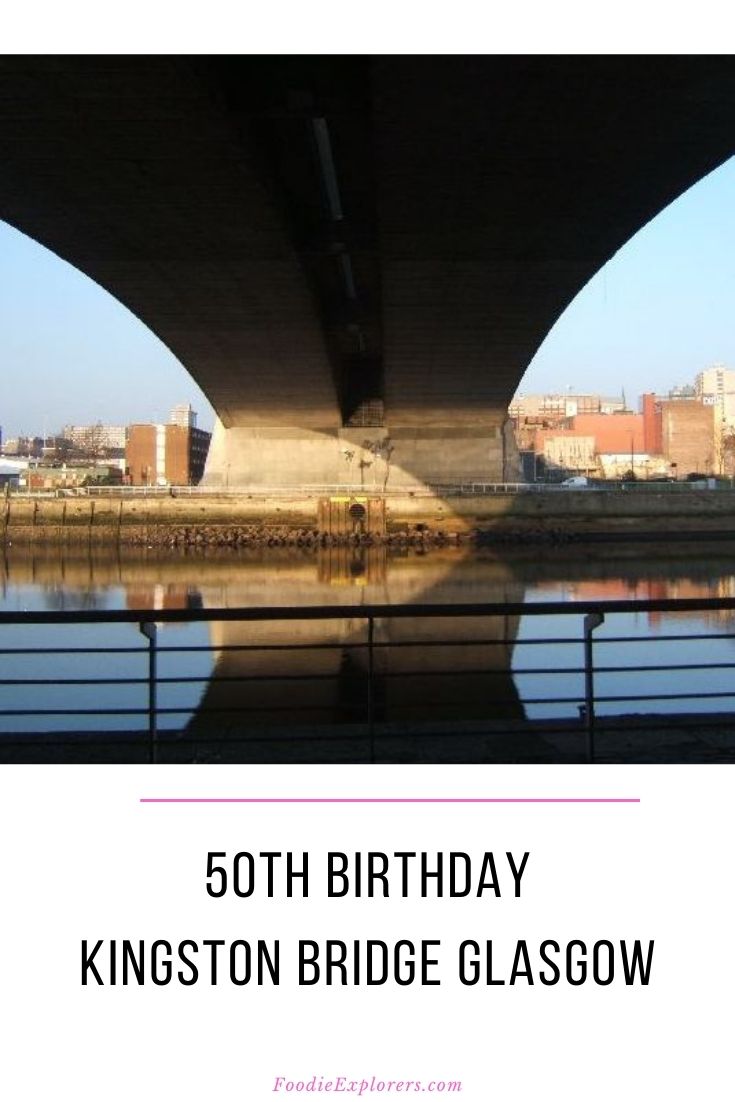