The story of the city in four courses

Mr and Mrs Foodie are a couple of history geeks so we've been on many a walking tour in Glasgow, usually for Doors Open Day, but have only ever encountered one other food-specific walking tour in Scotland. Earlier this year we visited Seville and were taken on a 'tapeo' tour (like a pub crawl but for food) and wondered why there isn't more of that sort of thing here because Glasgow does have a rich food history, what with the influence of Italian immigrants, famous Michelin-starred chefs like Gordon Ramsay and Nick Nairn, and tikka masala being invented here. We are even fond of the occasional deep-fried Mars bar (shh!).

Then we headed east towards the true birthplace of Glasgow with Andrea stopping to point out this forlorn well. I work near here and pass it every day but have never thought what it was, or where it came from. 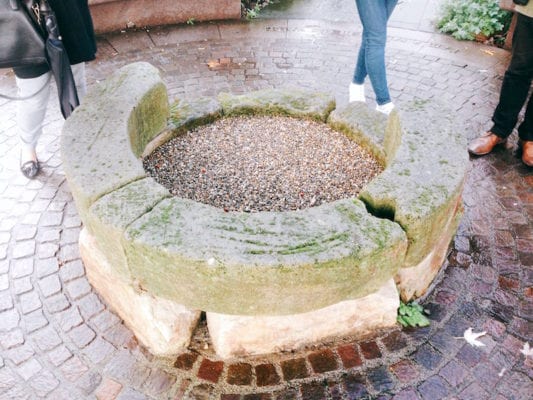 Andrea explained that it was recovered from the grounds of Greyfriars Franciscan Friary, which sat slightly south of here in the area now being used as a community garden (further south and on the opposite side of High St stood Blackfriars which now has a pub named after it). This well is one of many relics in Glasgow idly sitting there while the population zooms past. We also learned the "truth" about St.Mungo and his miracles! 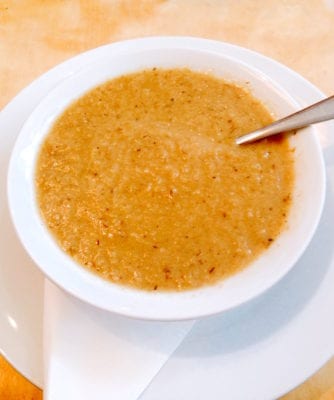 Food stop #1 was McCune Smith on Duke St. A cafe named after James McCune Smith, the first African American to receive a university degree. I mentioned slavery earlier, well, due to the colour of his skin and American attitudes at the time he wasn't allowed to enrol at any of the universities in the USA and so he came to Scotland where he obtained not just a bachelor's degree but a master's degree and then a medical degree in 1837. All from the original Glasgow university on High Street (before it re-located to Gilmorehill in the west end).

Over a bowl of delicious veggie soup we were introduced to Dan, the owner of McCune Smith, who told us a number of anecdotes about the cafe and their namesake. 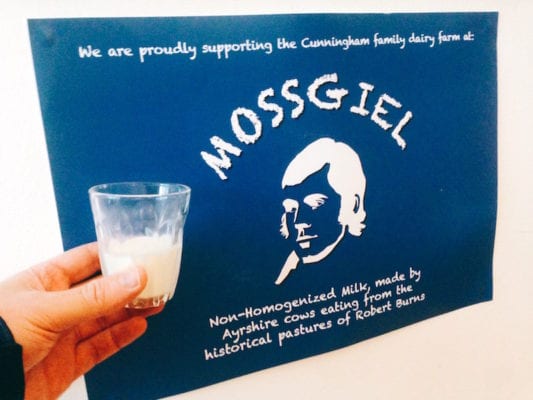 But it wasn't just the origins of the cafe that were socially aware. We also learned about how they came to buy milk direct from Mossgiel farm in Ayrshire. If Mossgiel sounds familiar you may have heard about Bryce Cunningham and other farmers who have turned up at supermarkets and bought up the entire supply of milk and distributed it for free to customers as a protest. It costs farmers more to make milk than what supermarkets are willing to pay, and if we seek out fairtrade coffee then why not fairtrade milk?! Dan gave us tastings of the milk and it really is the milkiest milk I've ever tried! 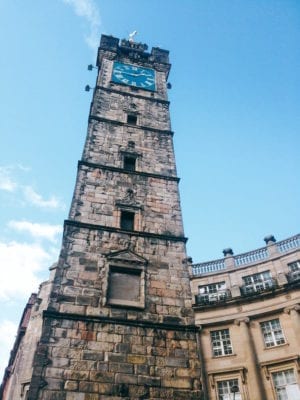 Andrea then took us down past the Tolbooth steeple where we learned about its past-use as a prison and the food that prisoners had to eat. And just like that Andrea insisted that we had to eat the black pudding from our next food stop, Gandolfi Fish on Albion St. 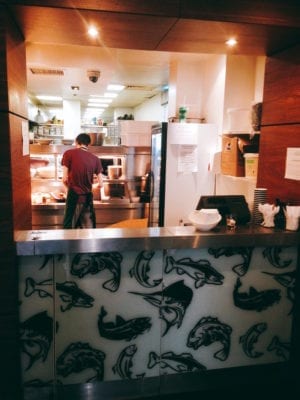 Despite working round the corner I had no idea that the "Fish to go" takeaway existed right beside the sit-in restaurant, they sell a variety of things you only find in "posh" chippies! We ordered some deep-fried haggis and Stornoway black pudding. Interestingly, Cafe Gandolfi just a few doors down, is where Mrs Foodie discovered Stornoway black pudding, which makes sense given that Gandolfi were one of the first places to sell the McLeod and McLeod stuff in Glasgow and help spread awareness of what is now our favourite black pudding and now has PGI status. Charles McLeod black pudding is equally as good (we just bought a "torpedo" for Christmas!). 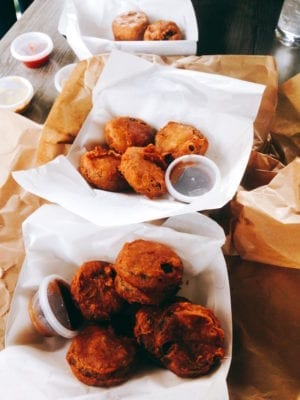 We ate our haul at the seating outside and some tourists even joined us. Yes, this is what Glaswegians do for lunch on a cold, windy and dull day! We finished munching and sailed to our next destination... 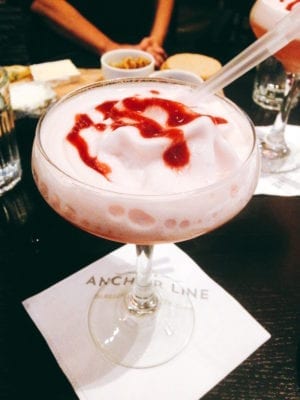 The Anchor Line on St. Vincent Place, former ticket offices of a business which once ferried people to New York is now one of Glasgow's most ornate bars/restaurants after sitting vacant for far too long. Surprisingly, this was my first visit where we sampled the Marilyn Monroe cocktail which was fruity and foamy, a bit er, like Marilyn herself! We also got to watch historic video footage of the cruises the Anchor Line once operated. They weren't all to New York, many visited the Mediterranean and I recognised the palaces of Sintra from the footage! Fitting in with the first food stop, James McCune Smith was actually from New York and one of the stories Dan told us was about him being refused entry onto the boat which would take home where he received a heroes welcome - this was before the Anchor Line steamship company came into being so they weren't at fault! 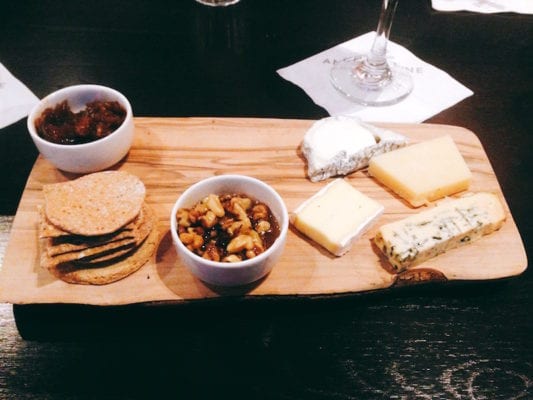 We nibbled on a selection of cheese, crackers, honeyed walnuts and chutney. I'm not sure if my tastebuds were playing up but I thought I could taste coffee in the chutney (which was surprisingly pleasant!). Maybe it was just caffeine withdrawal but thankfully we ended our food pilgrimage at the new Riverhill, Cafe Bar on West Nile St with a selection of sweet treats, including an orange-flavoured Battenberg-style cake and of course coffee, where we met a number of the staff and had a good natter about our favourite topic: food & drink! 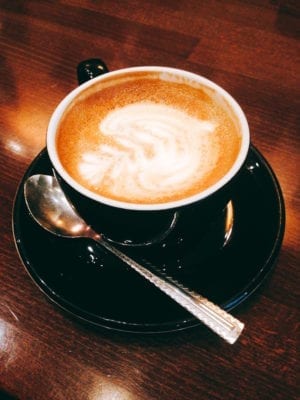 The walking lunch food tour is highly recommended, as well as visiting some great businesses I also learned a bit more about my home city (I had no idea about the origin of the well on George Street, most of the story behind James McCune Smith or the history of the Anchor Line).

If you'd like to join a future walking food tour, or perhaps gift one to someone then here are the details:

If you'd like to buy a gift voucher to give someone a tour for their birthday etc. then you can do so here.

More info can be found on the Copytaker website.

Many thanks to GCMB for inviting me on the tour to help promote the #PackMoreIn campaign.