Last night saw the launch of The Whyte & Mackay sponsored Glasgow International Comedy Festival (GICF) programme for 2018.  We joined Fred McAuley and 20 or so other comedians at The Stand Comedy Club on Woodlands Road to down a few Whyte and Mackay-Ball cocktails (their version of a Japanese Highball) and get a quick glimpse of some of the stand-up on offer - each comedian had a 4-minute slot!

The comedy festival returns for its 16th year from Thursday 8th until Sunday 25th March 2018.  There will be over 500 shows at 54 venues across the city, including unusual venues such as Celtic Park, Govan hill baths, The Science Centre and even someone's living room (Empty at No.6)!   Last night we got to see plenty of the comedians in action, all of them funny and most of whom we didn't know, so we’ll be going through the brochure tonight for a look (you can view the schedule online here). 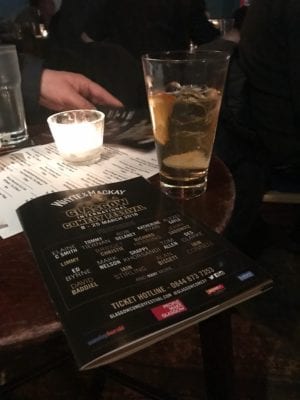 *** Warning Sweary words in this video***

The Whyte & Mackay Glasgow International Comedy Festival is supporting Scotland’s Year of Young People 2018. GICF will stage a series of workshops for budding comedians aged 16 -26. Entries are now open and those interested can get more info and apply via glasgowcomedyfestival.com 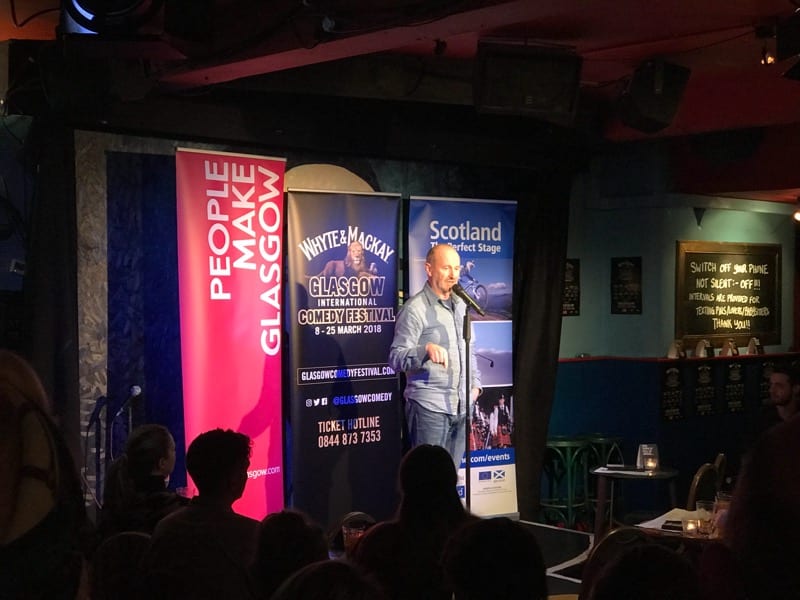 Hope to see you there, sláinte!