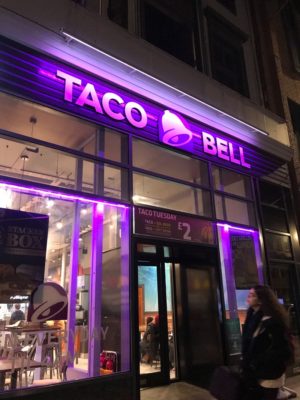 This taco did not ring our bell

We’ll be the first to admit that we aren’t the target audience for Taco Bell, however we do like to have a drink at the weekend and with that comes the need for some late night munchies. Preferably of the fatty and carby fast food kind! 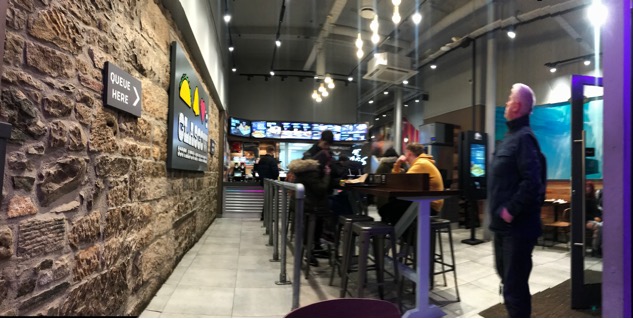 We ordered a Big Bell Box from the touchscreen which didn’t give us a receipt or any evidence of our order number. The Big Bell Box comes with a Fajita Burrito, classic Crunchy Taco (or soft taco), Mexican Fries or nachos, two Churros and a regular drink. Although when we picked it up we weren’t given a cup, which, once you obtain, you then fill yourself from the machine.

This is what it is meant to look like: 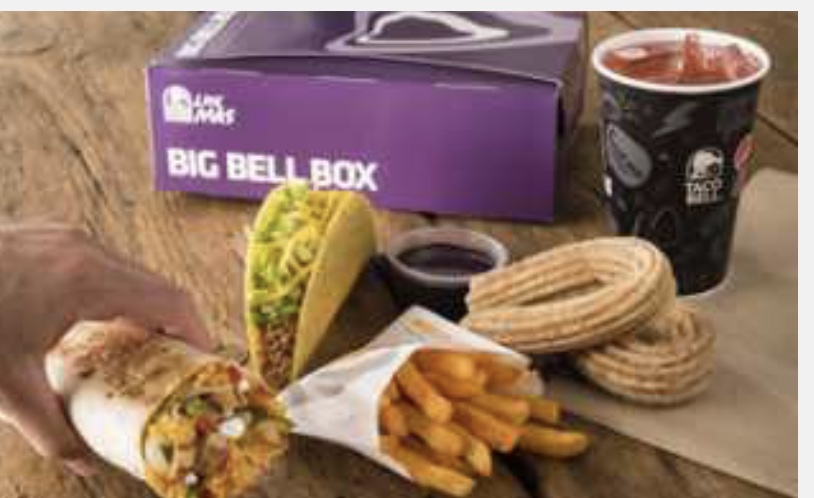 And here is what we received. 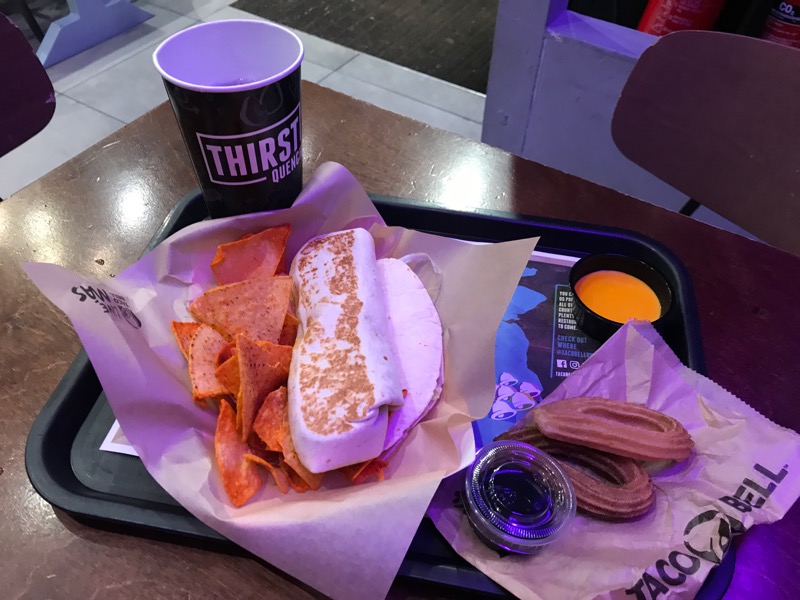 Not only not in a box but also not as enticing as the promo image, as these things usually are, but we plowed ahead with the task.

The soft taco was filled with Mexican chicken…we think…it was tasteless and the cheese wasn’t even partially melted. Tepid temperature as well. Overall pretty rubbish. 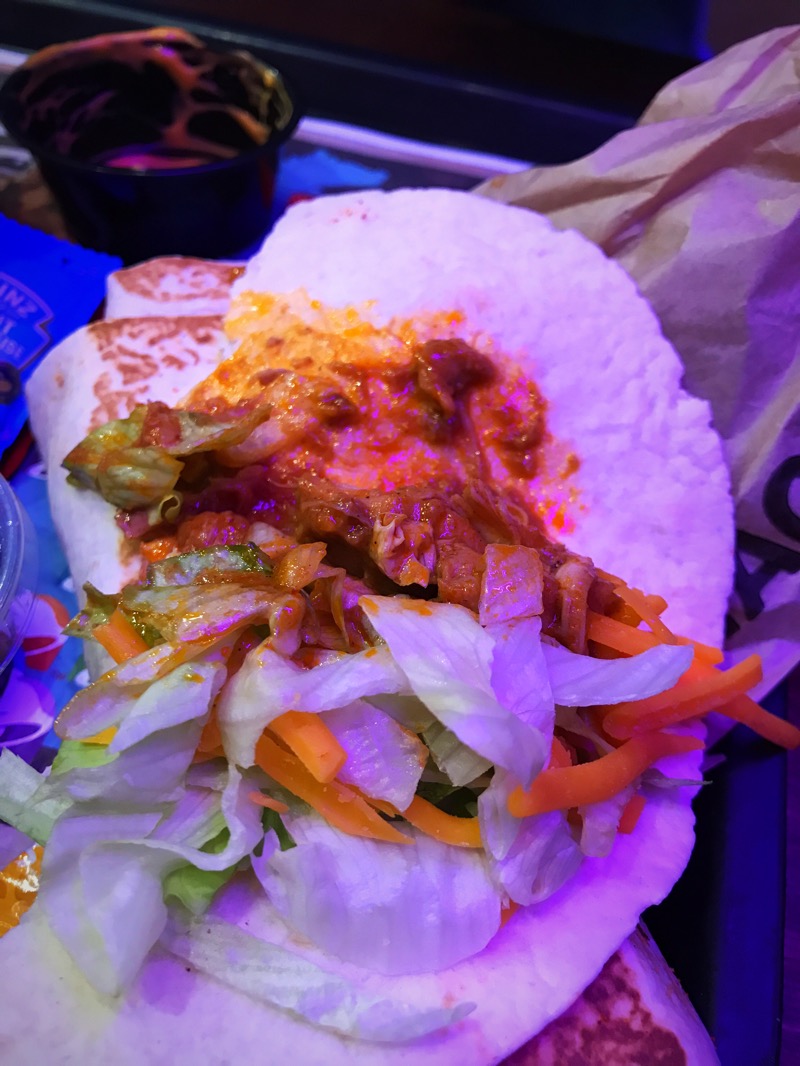 The burrito was filled with indecipherable mush but was better, thanks to the rice, which was cooked well. The Mexican spices still seemed to be in Acapulco though.

Next up were the nachos. Full of salt and tasteless, plasticky “cheese” sauce. The cheese in this case was still in the cow, that’s how far removed the cheese taste was. We also tried the mild and hot sauces which should probably be renamed mild and milder.

The churros were another waste of calories, tasteless, fatty and a disgrace to churros throughout the world!

We actually know a few other bloggers and friends who consider Taco Bell to be quite decent or a guilty pleasure but based on our first visit it’s quite awful and by far the worst place we’ve eaten for a good number of years. It is a complete and utter waste of calories. Tasteless and that was after a few beers.

There are some non-food related positives: free WiFi and charging stations however there were negatives too: messy tables, the toilets were a disgrace and temperature-wise it was cold.