It was January, the weather was rotten and most people are skint so a cheer up was needed. Not just for me but for my mum too, who accompanied me on this visit to Alston Bar and Beef. Hidden in plain sight right in the centre of Glasgow, underneath Glasgow Central Railway Station, have a set menu which runs Monday to Wednesday 12pm - 7:30pm and Thursday to Saturday 12pm - 5pm.  It's next door to Gordon Street Coffee, which is also worth dropping into. 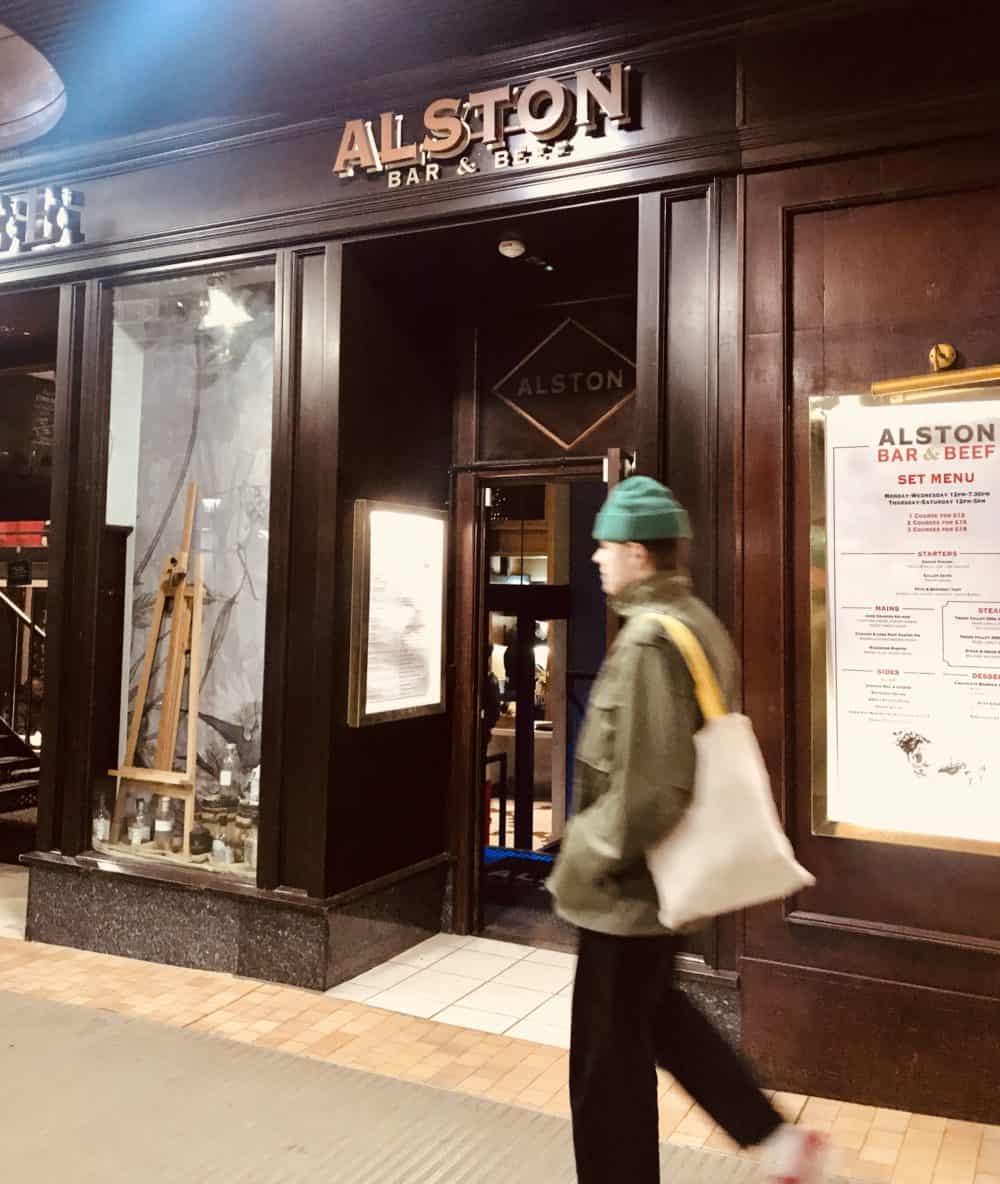 Head downstairs into the club-like cavernous vaults of Alston.  It’s a popular spot with lots of gin and steak. If you're travelling home by train no need to fear missing your train as there is a screen showing the train times and platforms on the back wall. 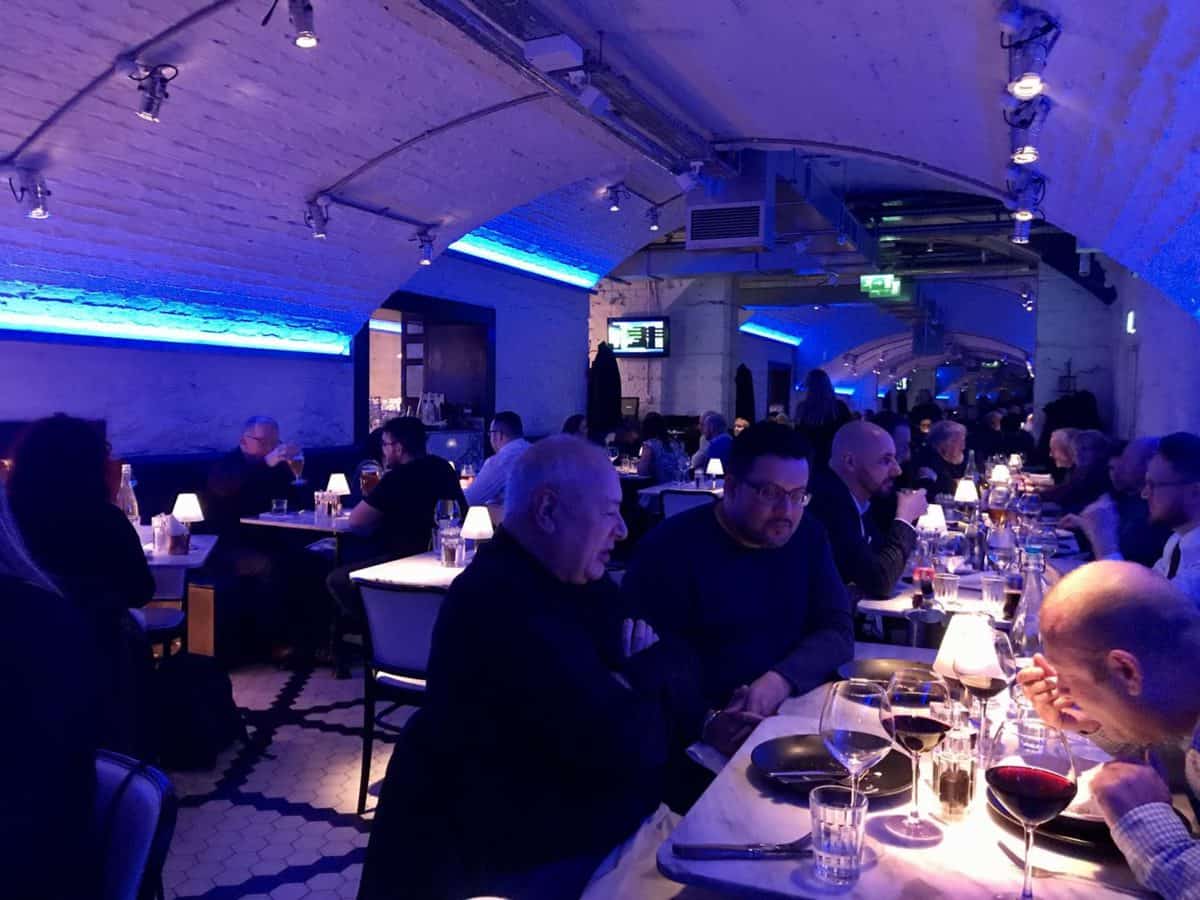 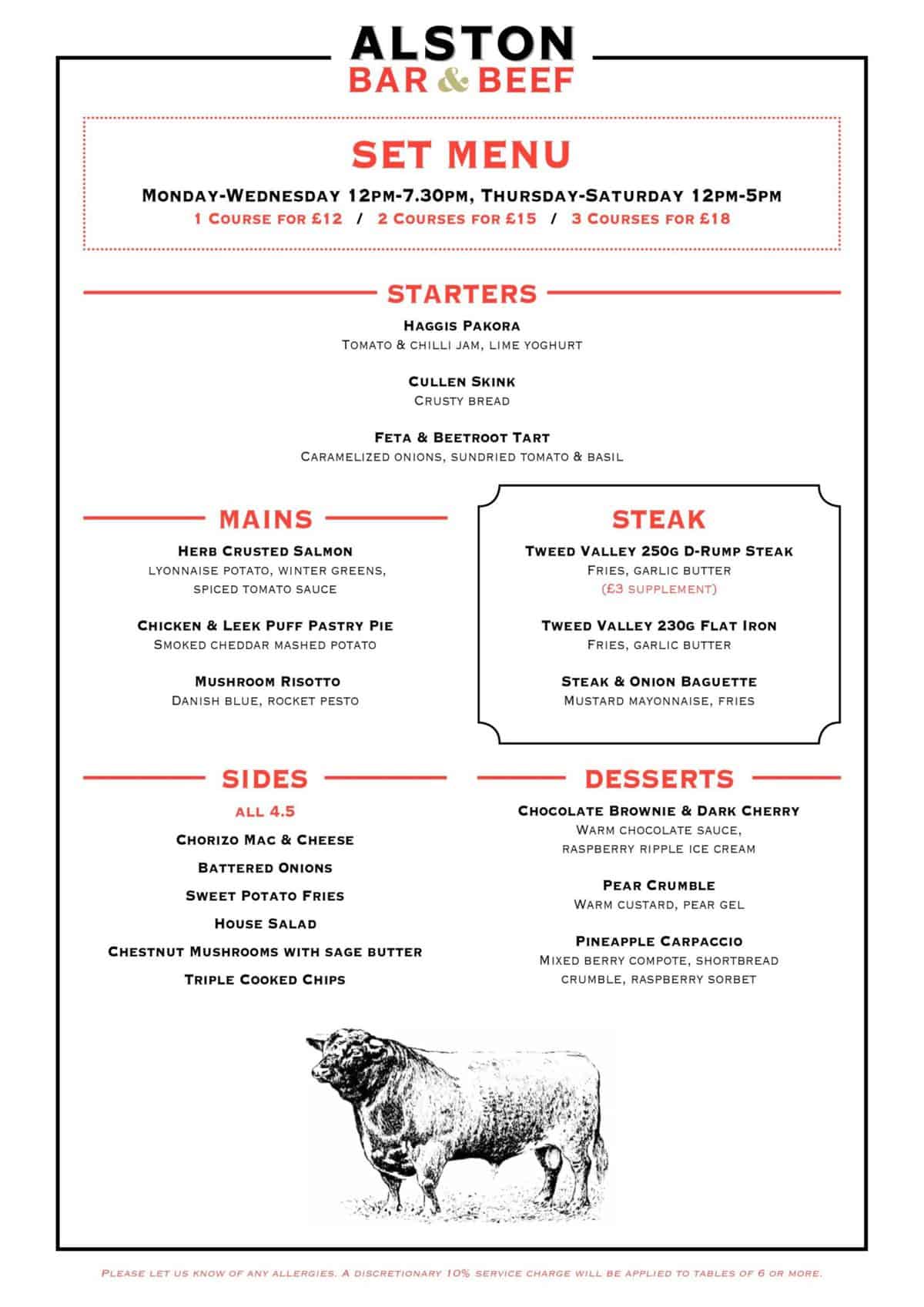 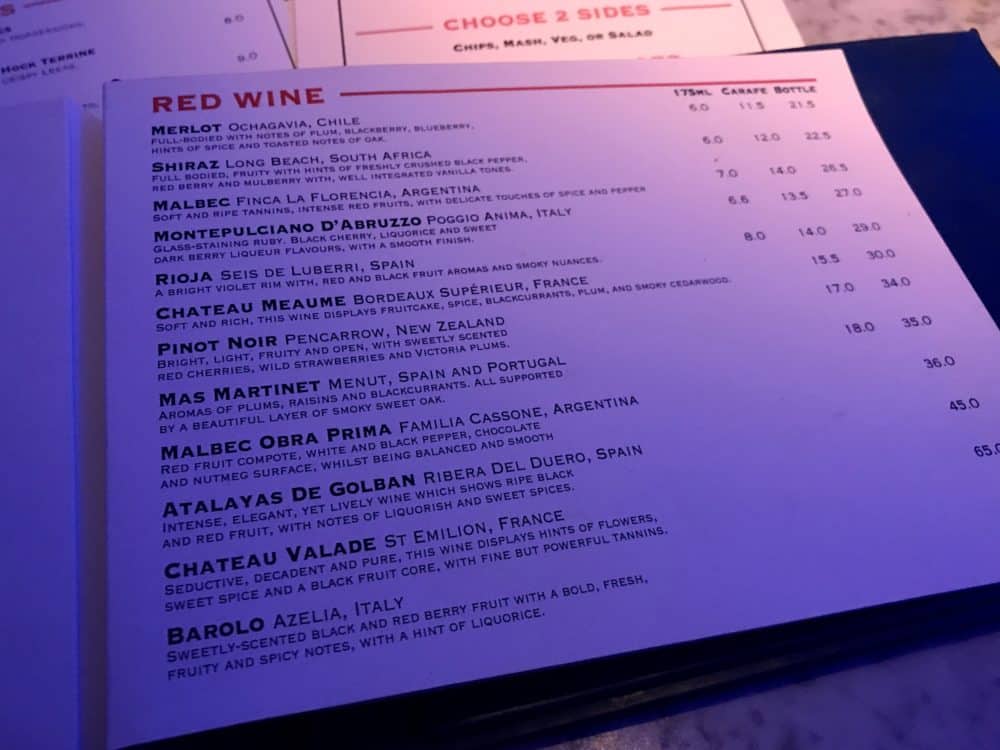 A glass of Malbec for each of us, the obvious choice for steak. It was easily drinkable and smooth. 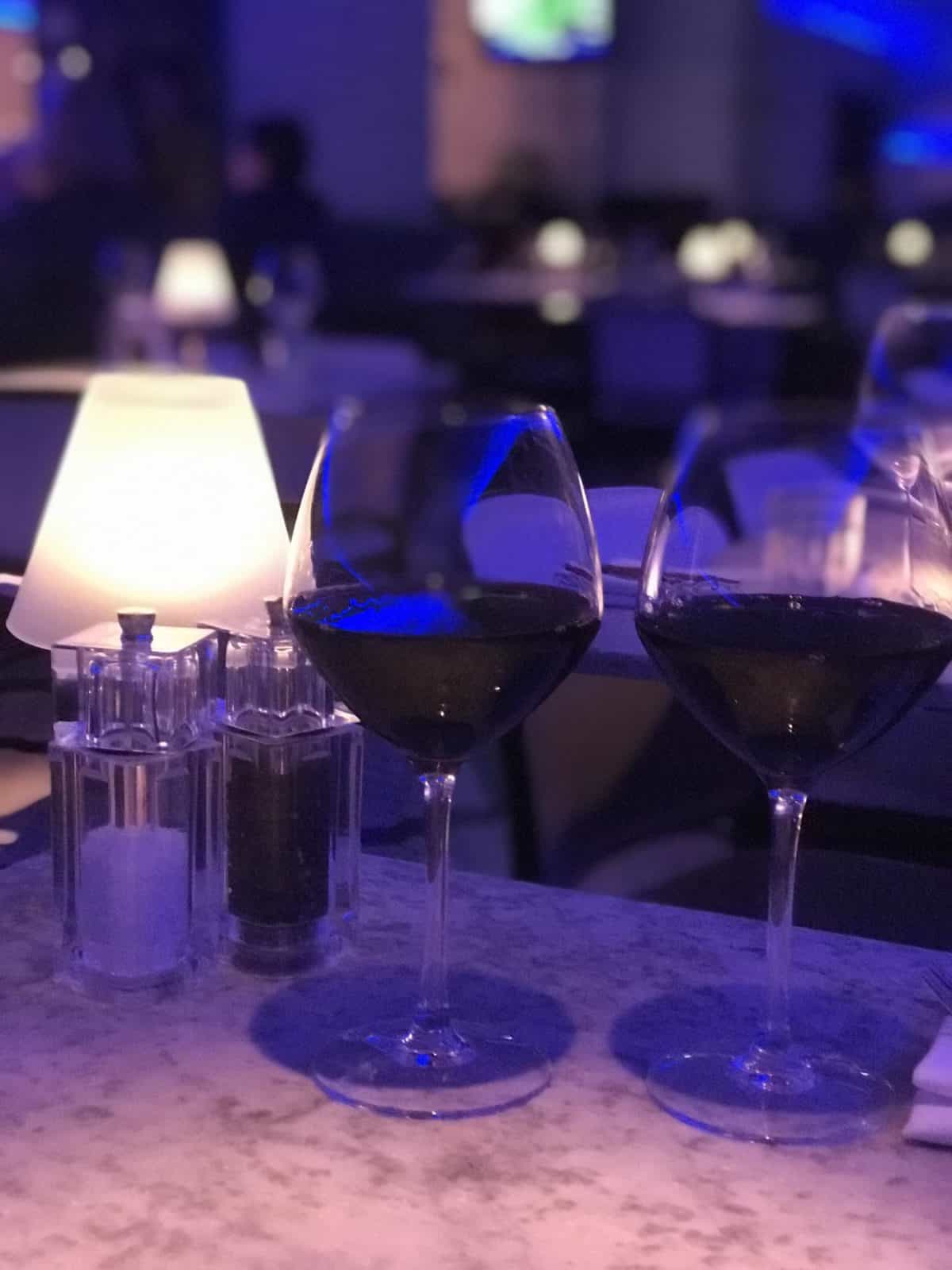 Cullen Skink with bread first. Although Alston is clearly focussed towards steak, there are plenty of other options and even though we'd made the faux pas of ordering a red wine with a fish soup, it still paired nicely. This is a creamy wintery soup with chunks of smoked haddock, potatoes and leeks so quite savoury. One of our favourite winter soups, we both ordered it and it was a fine example of the hearty chowder for anyone who's never tried it. 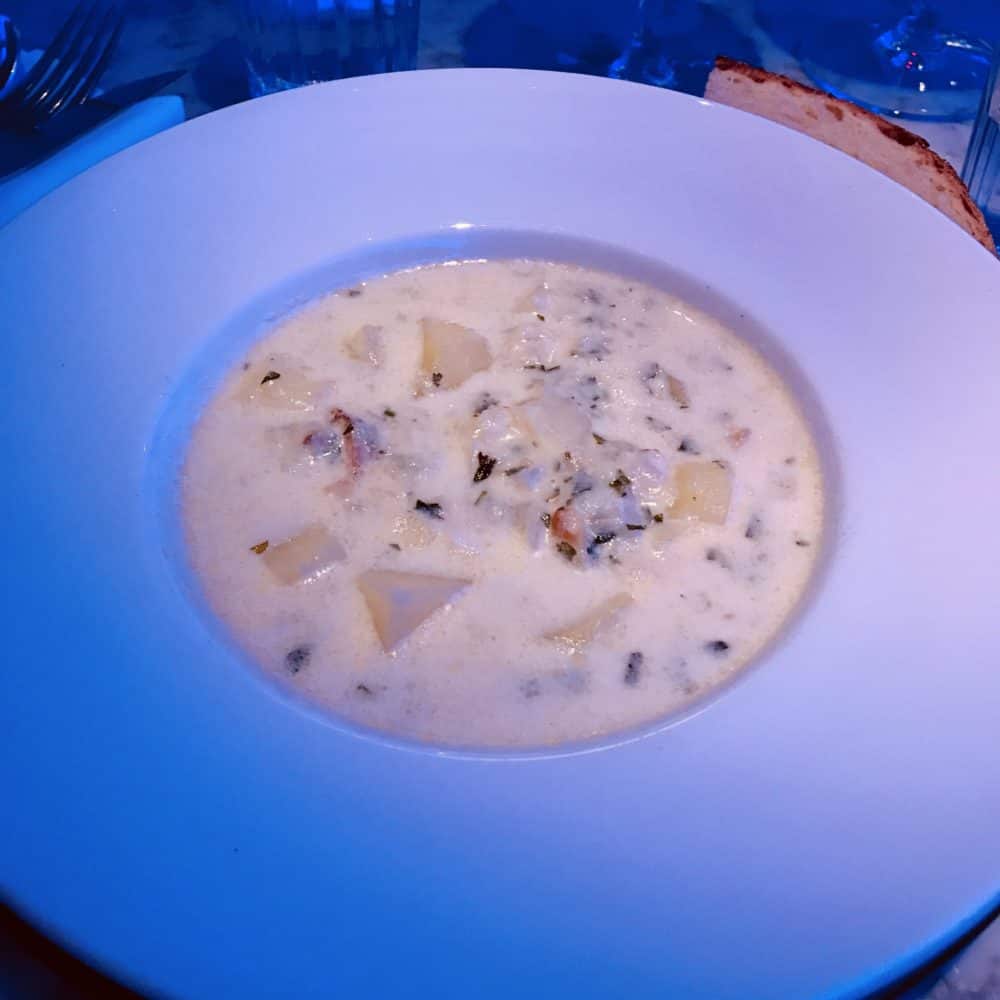 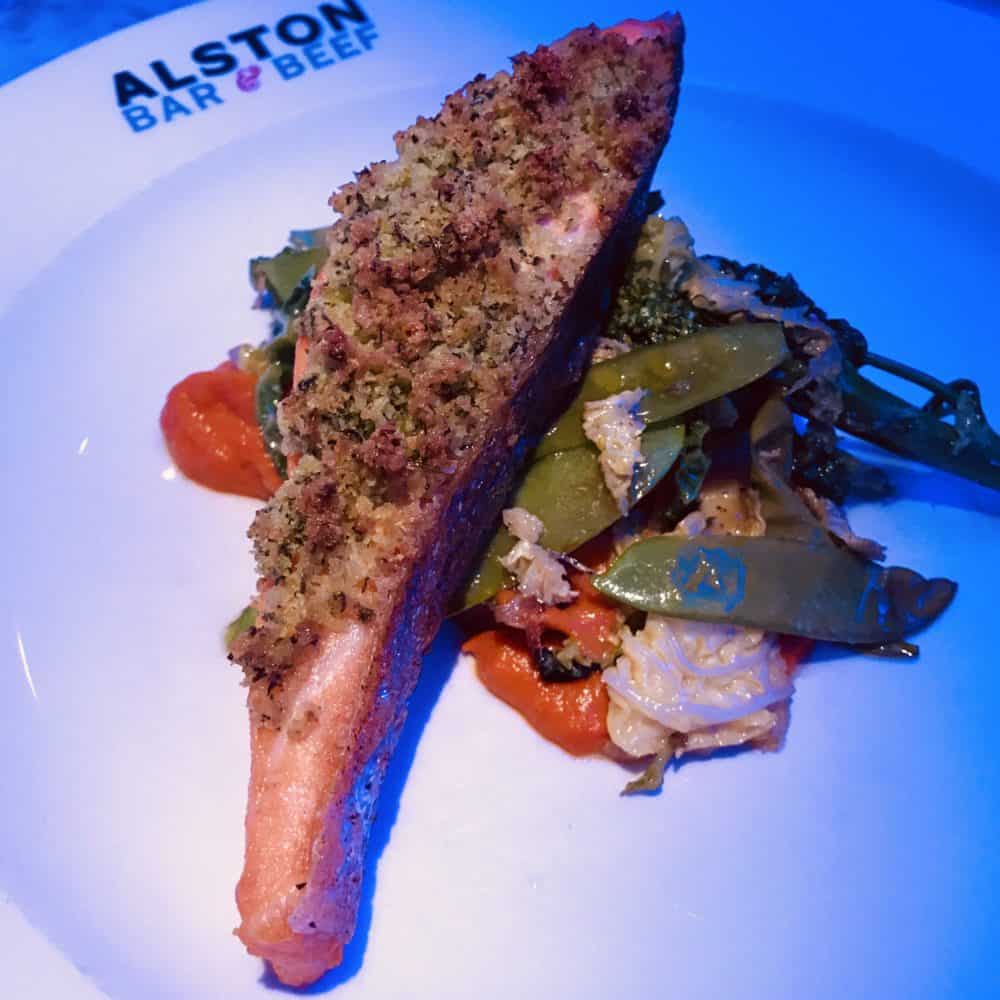 while I had the steak of course - flat iron steak and chips to be precise. 😍 A medium-rare cooked steak served with garlicky garlic butter ❤️ and crisp fries. An excellent value steak and one I would certainly pick again. 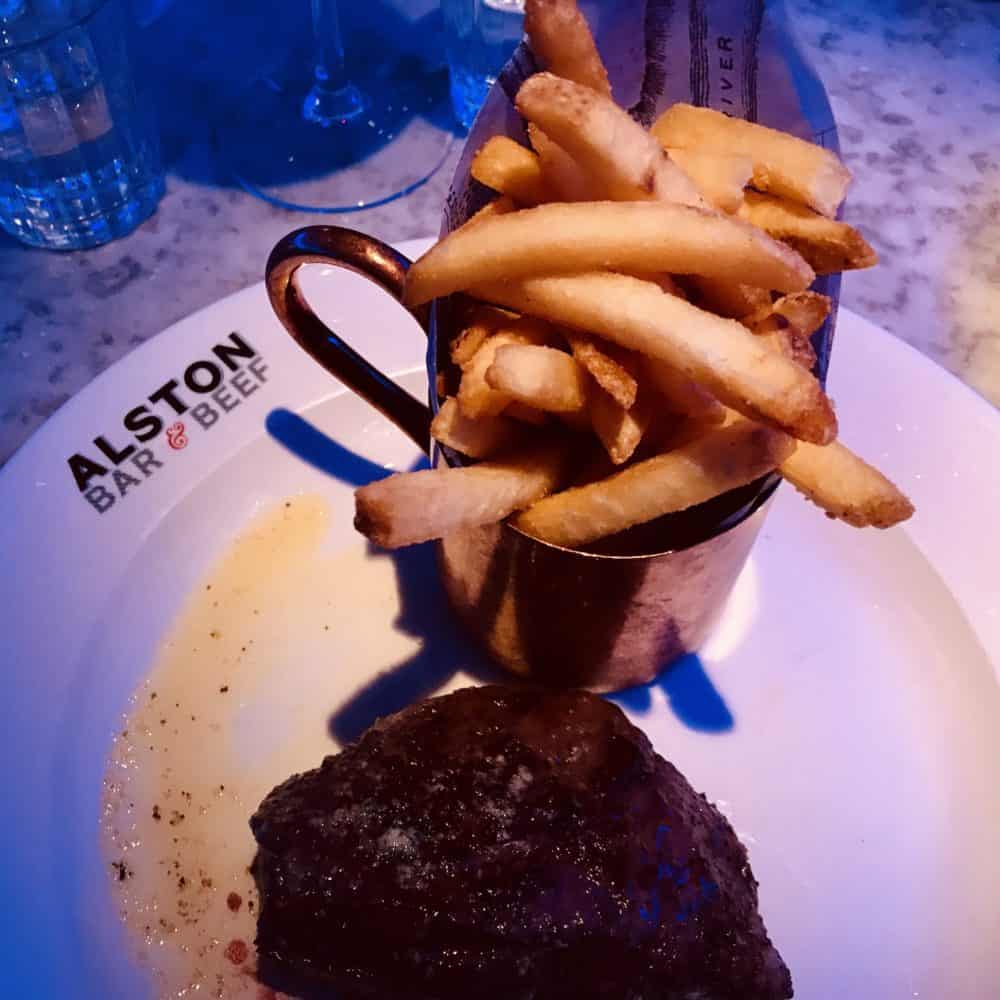 After a short break it was onto dessert. 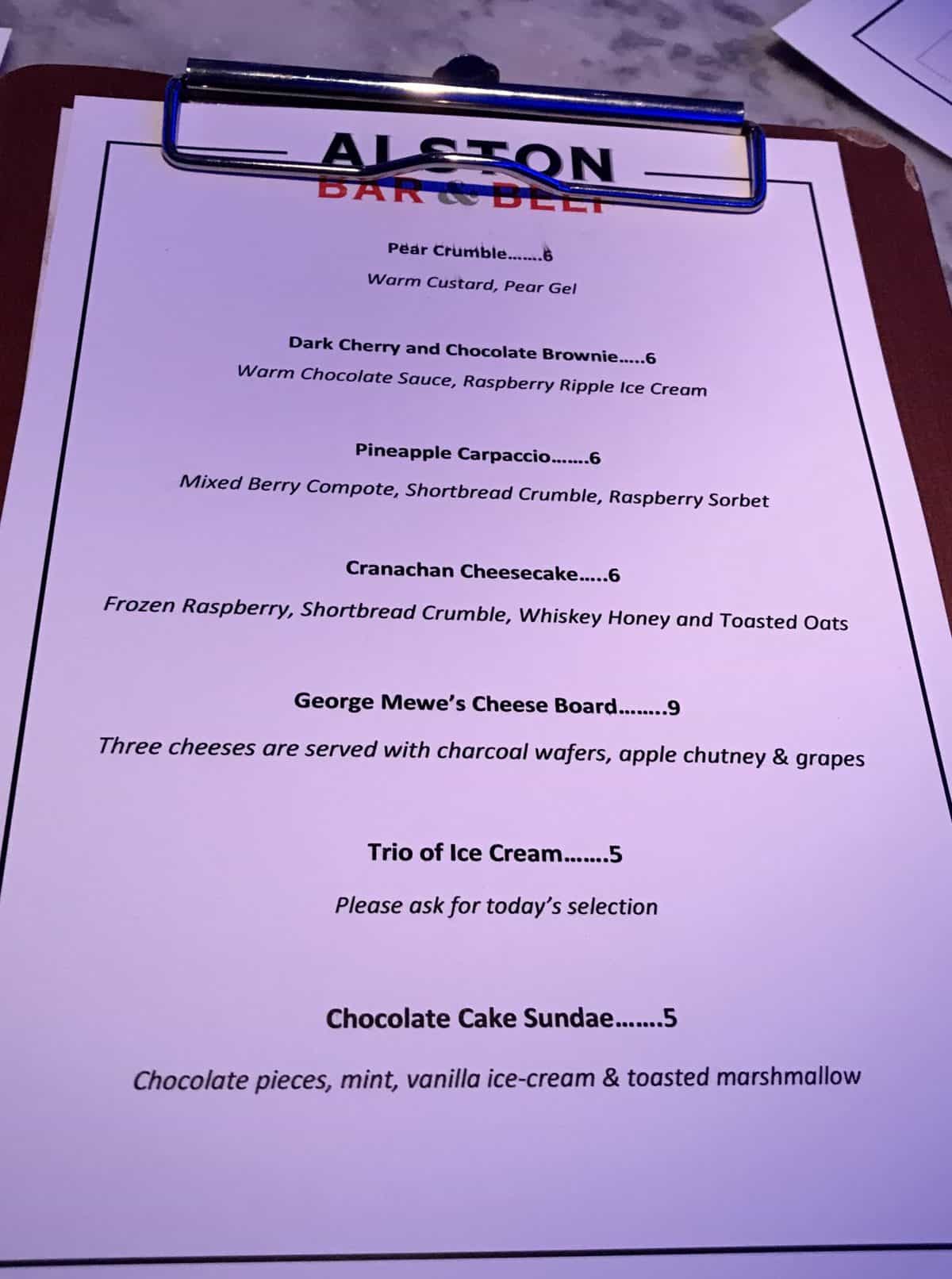 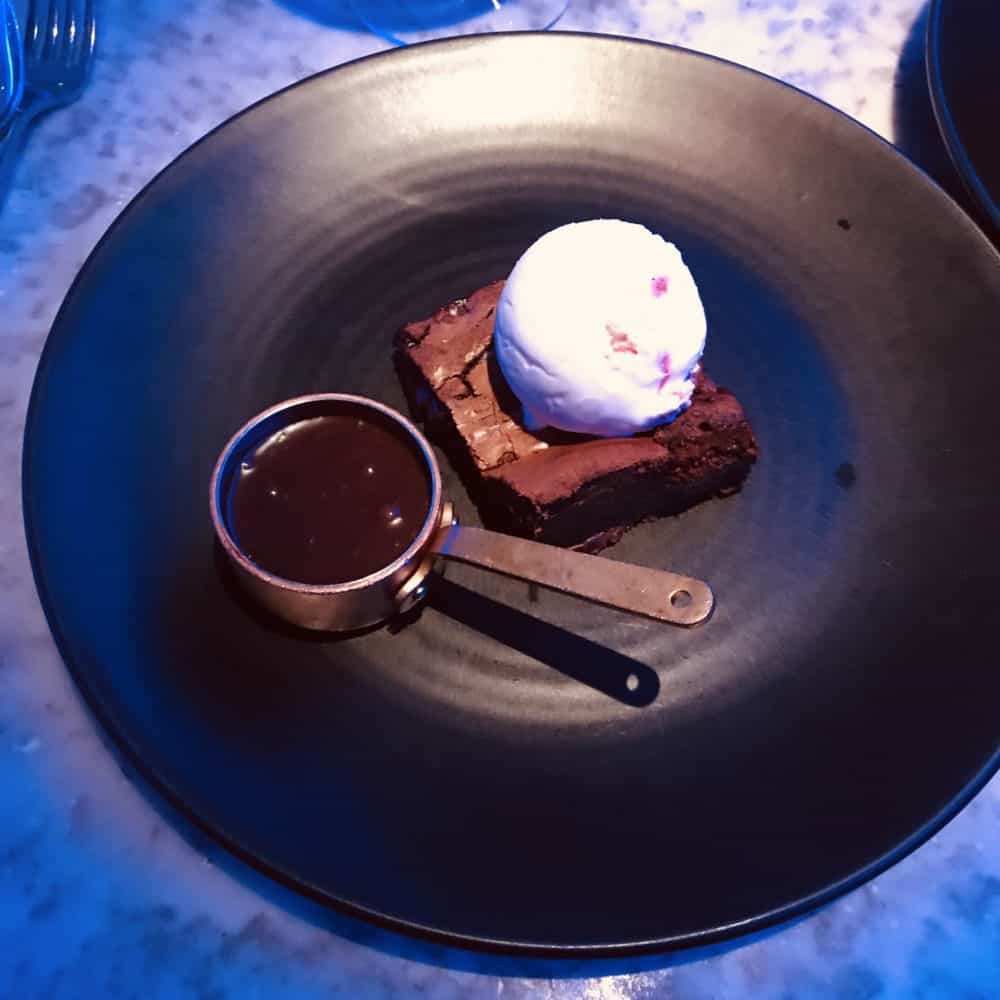 The mother picked the pear crumble with custard and pear gel.  My family are suckers for anything served with custard.  If there's custard on the menu somewhere, it will be ordered.  The pear was soft, and coated in crumble with just enough custard to soak up the crumble. 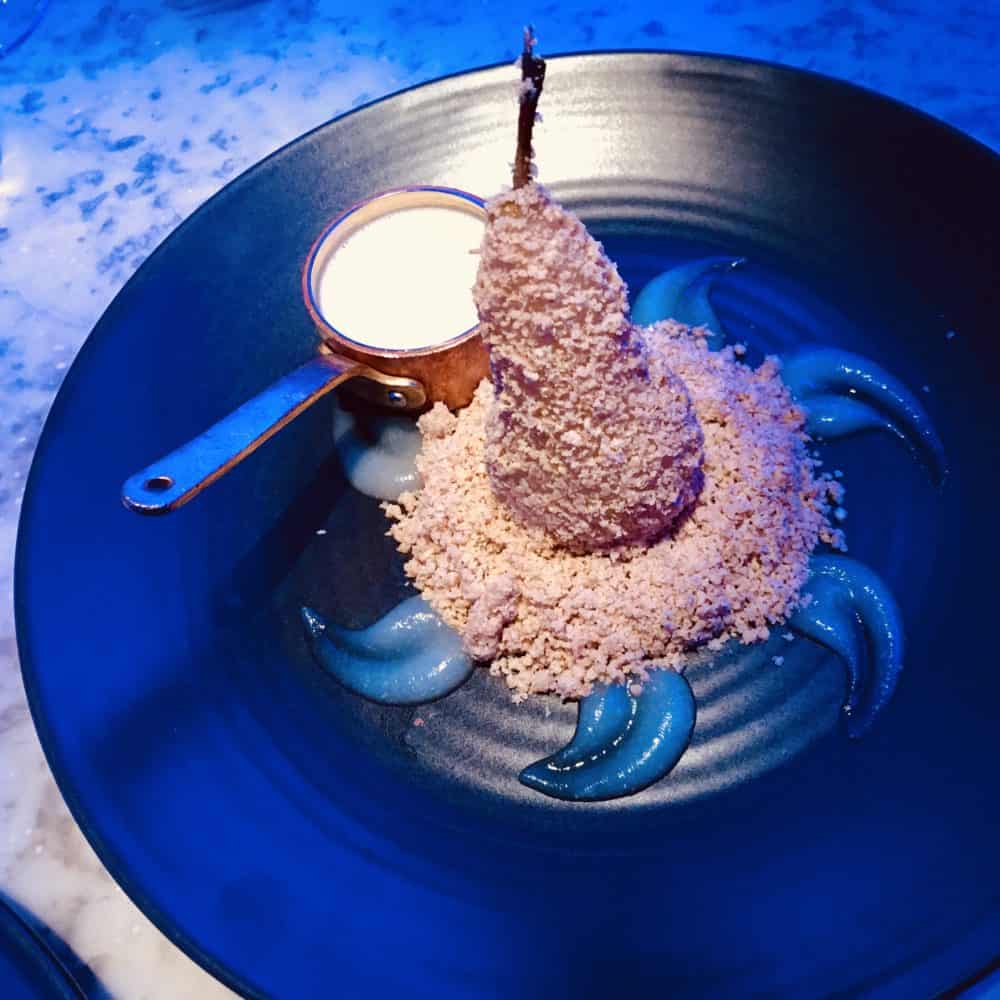 A winner here for food, value for money and service which is casual but not in your face annoying.  A chilled vibe in the city centre of Glasgow and somewhere you can easily sit and miss a train in (should you afford the luxury).  If wine isn't your thing, then try their wide selection of gins or simply have a beer. You can also just pop in for a drink, especially if you've just missed a train or arrived too early for one! Female toilets were checked only and in good working condition.

Well, you can't really get nearer transport than be underneath a railway station! Underneath Glasgow Central Railway Station.

Disclaimer: we received a complimentary meal but Fred say we is the truthful as his mum took his granny along for an honest opinion and both hoomins came home smiling.