The best ice cream in the world?

So there's a year wait to get into El Celler de Can Roca, currently ranked as the third best restaurant in the world but what do you do if you're in the area but can't get a reservation? Head towards Rocambolesc, which is a Willy Wonka-esque gelateria chain. There are now 4 in Spain but the original can be found in the centre of Girona. Rocamcolesco means something like 'fantastic, far-fetched, outrageous, amazing' and is the brainchild of the youngest of the 3 El Celler de Can Roca chefs, Jordi Roca. 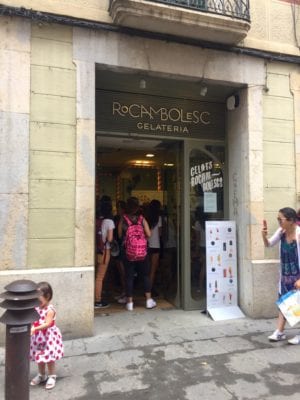 As you can imagine the shop was busy. Gironans (is that a word?) love ice cream to begin with, add tourists and it can be very busy, but at least you don't need a reservation! 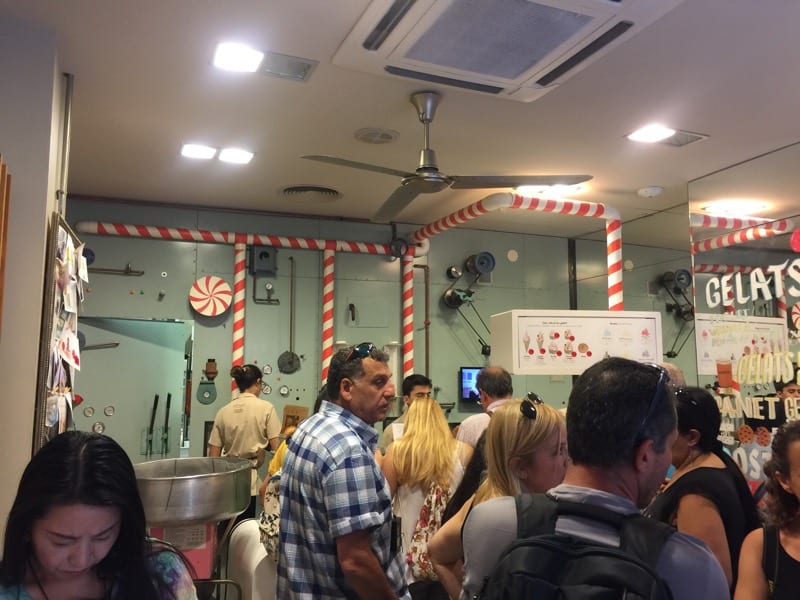 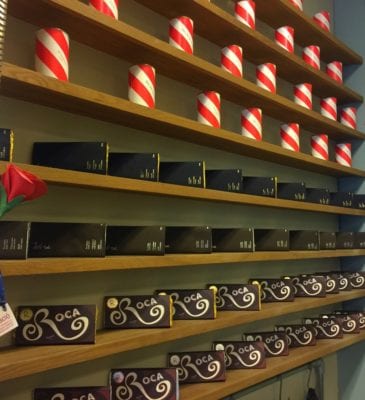 In addition to the ice cream you can buy all sorts of other things, like a Rocambolesc mobile cover featuring your favourite creation from the shop! 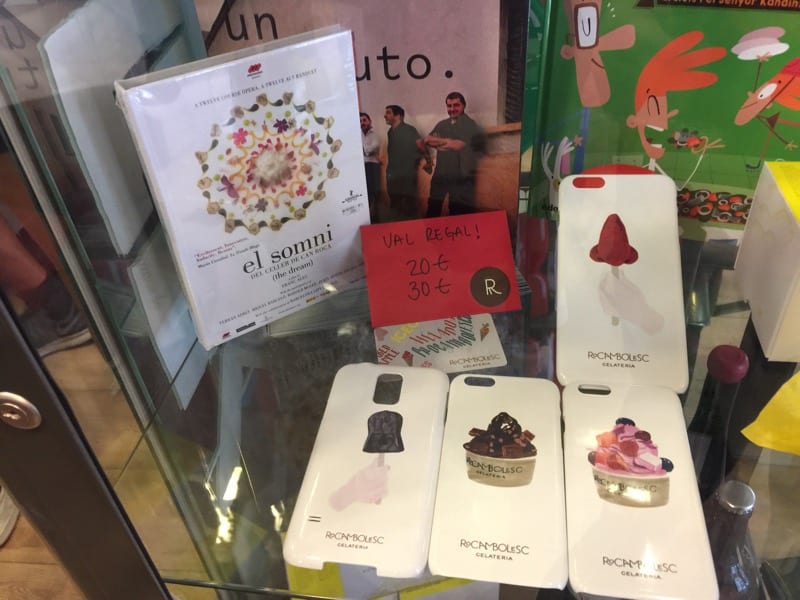 There's a large selection of ice cream tubs to go with flavours such as toasted bread and oil, asparagus and truffle oil, Parmesan or the more usual flavours of baked apple, chocolate or Baileys and coffee. 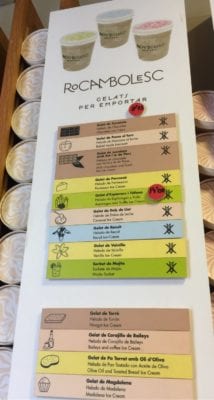 And sorbets too but not all fruity, violet and coconut sorbet anyone or carrot?! 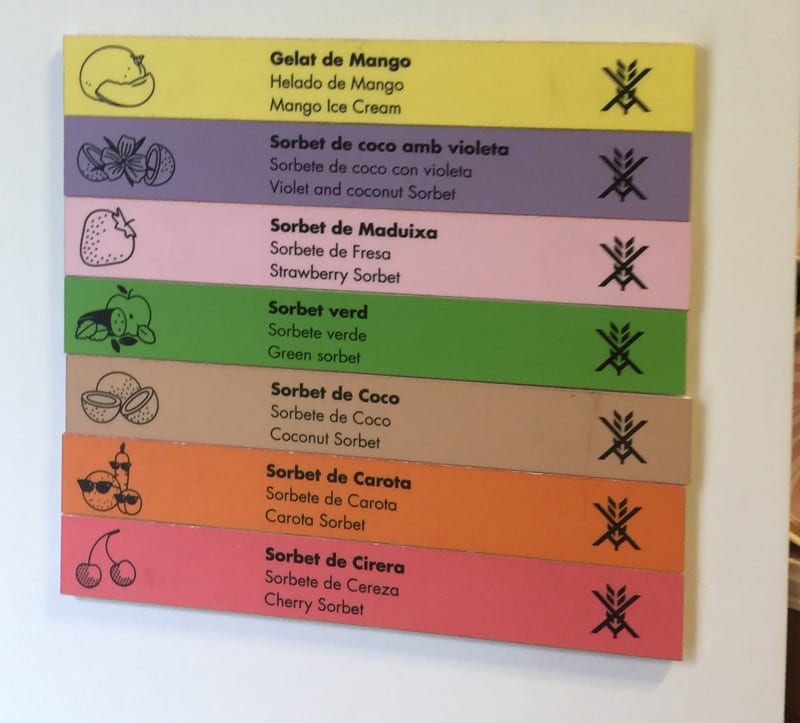 At the counter the current flavours are listed (which may change as the day goes on). Traditional and experimental. You can pick three toppings or fruit on top of your chosen flavour, such a butter cookies.

We decided on trying the crazy ice lollies (popsicles) on our first visit.

Mr Foodie picked the finger of Christopher Columbus made with chocolate, oil and salt whilst I had the lioness of Girona made with apple and bergamot. 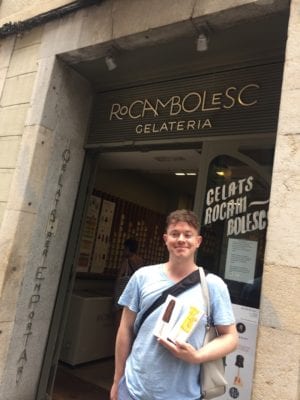 Mr Foodie was happy with his haul. 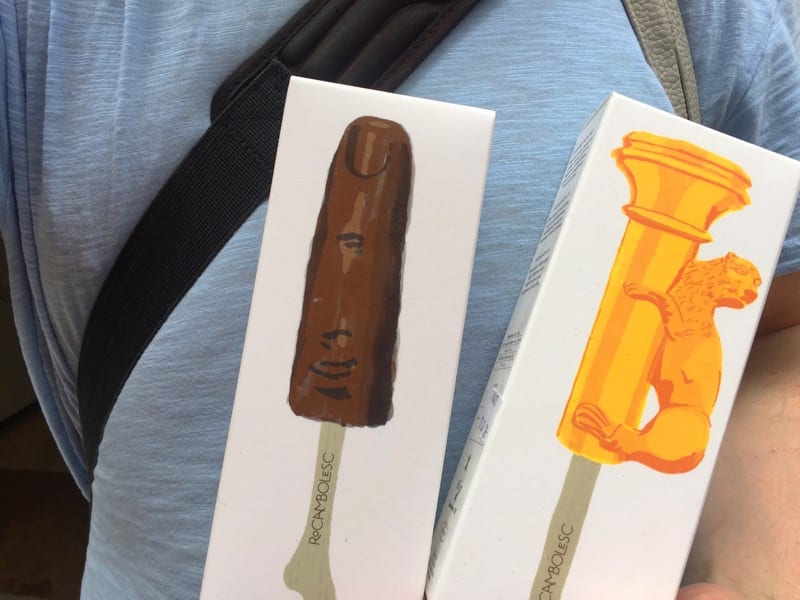 But the lure of the ice cream won so we decided to head back later... 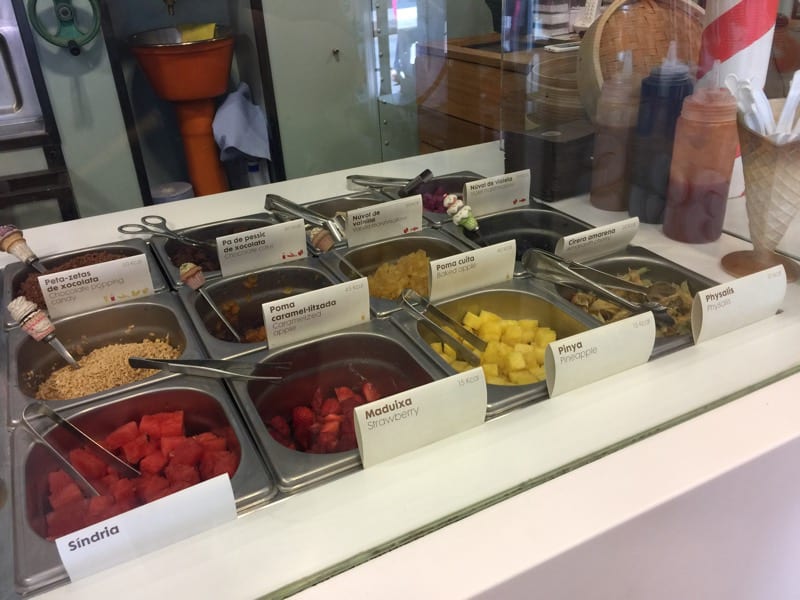 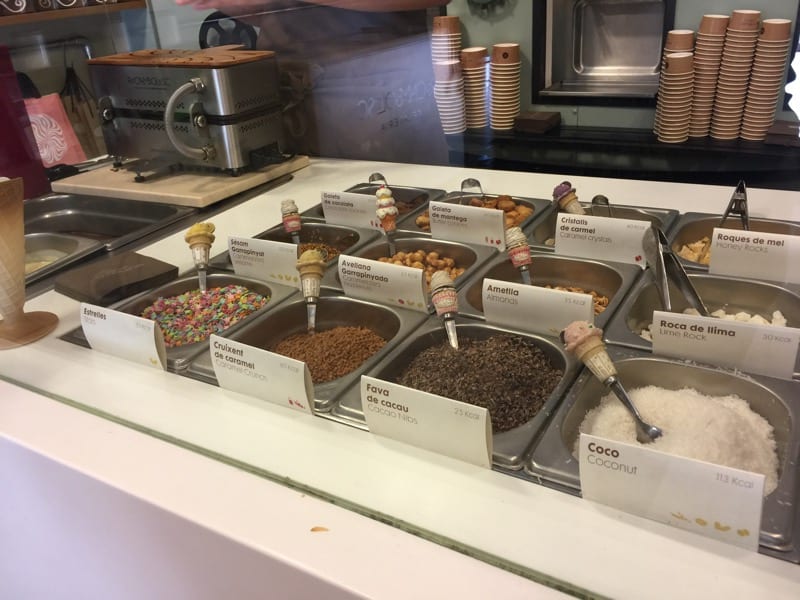 I went for coconut and violet with toppings of violet marshmallow, lime rocks and coconut.  Creamy coconut and a strong violet taste. I loved it.  Mr Foodie picked a 'panet', which is a type of bread roll. He had it filled with Cherry and lime sorbet, this had a strong cherry taste, but it was a bit weak on the lime. 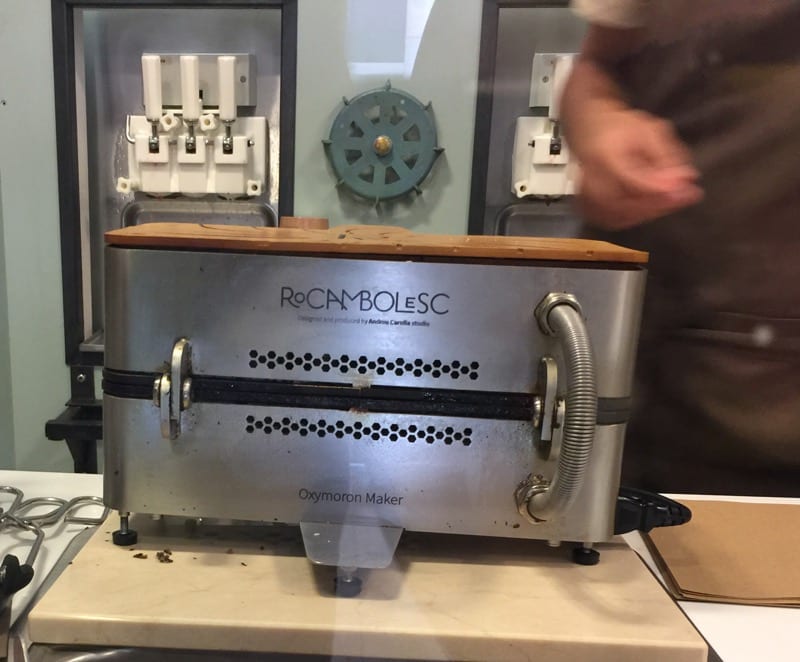 The panet is placed into the machine above, with ice cream inside, which is then toasted. Note the words "Oxymoron Maker" on the back of the machine! As a result, you end up with a soft bready sandwich filled with melting ice-cream. 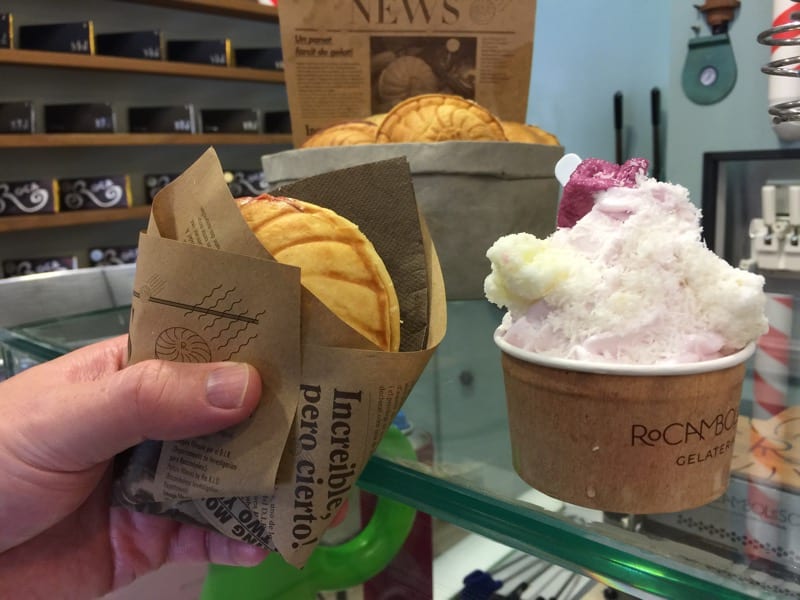 Rocambolesc is a wacky must-visit shop if you're in the area, it's also open very late like most of the gelaterias in town, and although it's nowhere near as costly as a trip to El Celler De Can Roca it can still be quite pricey! Takeaway only and there are no toilets.

- A bit expensive
- Some of the flavours don't really come through