Making and eating an Osona speciality

Fuet is a thin, dry cured, sausage from Catalonia. Whilst visiting the city of Vic, an hour's drive north of Barcelona, we popped into the family-owned Ca la Teresona delicatessen, shop and restaurant to find out more about the sausage making process and to actually make some ourselves! 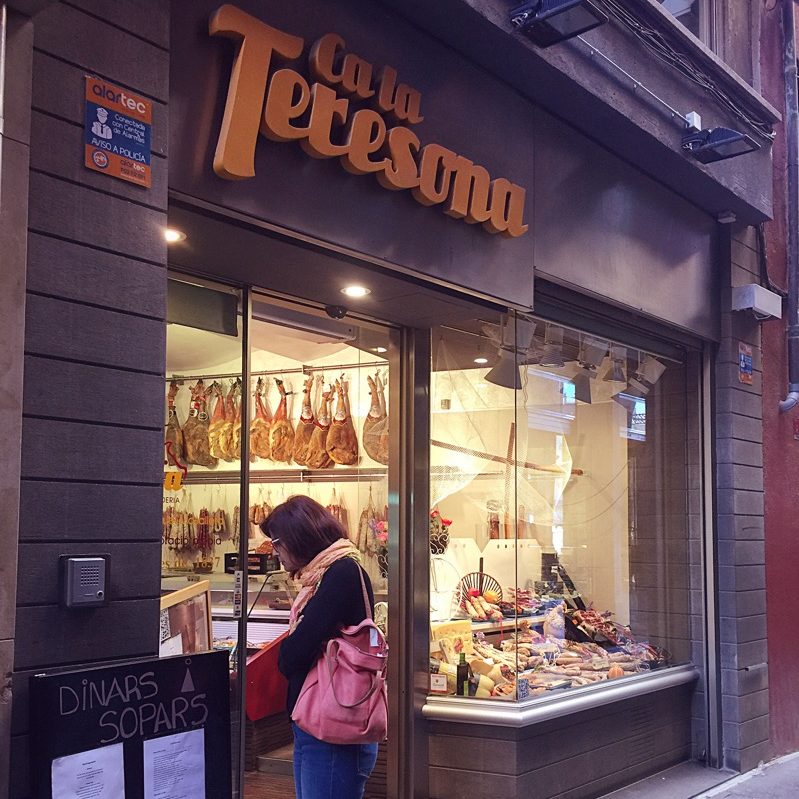 The most famous Catalan fuet is from the Osona region, of which Vic is the capital and this is known as Vic fuet or fuet de Vic to signifiy where it comes from. It could be mistaken for chorizo but it lacks the bright red paprika colouring and flavour. Instead the spicyness is provided by black pepper, garlic, and maybe even aniseed. The word 'fuet' means 'whip' in Catalan. Is this due to the thin shape of the sausage? 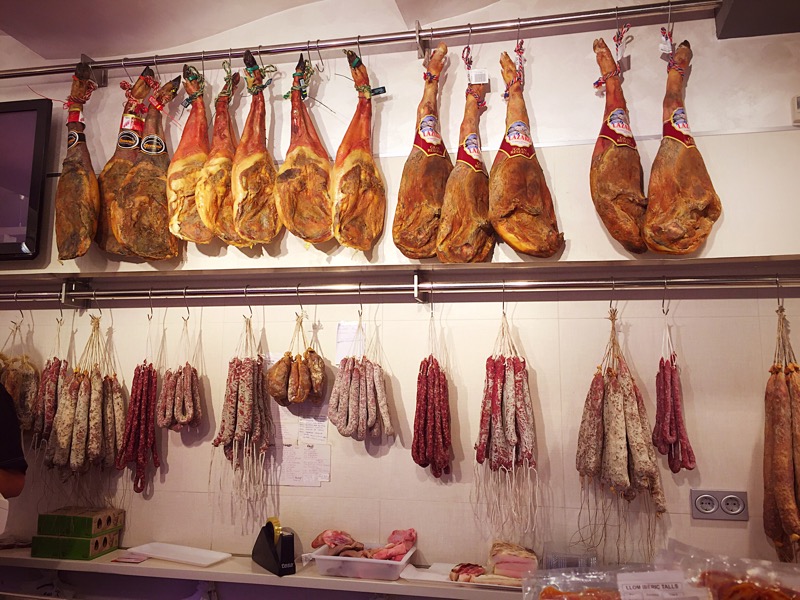 Ca la Teresona has many types of sausage hanging on the walls and they have been selling quality meats since 1837(!). The business has been passed down through six different generations and is still going strong today.

How fuet is made

To make it the true Catalan way, ground pork is mixed with lard, salt, sugar and garlic powder. We might try making some from scratch one day as unfortunately during our tutorial we didn’t have time to carry out the first few steps as the sausage needs to dry for a few days.

How to eat fuet

To eat the skin or not is a personal preference. Whatever you decide slice it with a sharp knife and eat it with bread or put it in soups or casseroles. 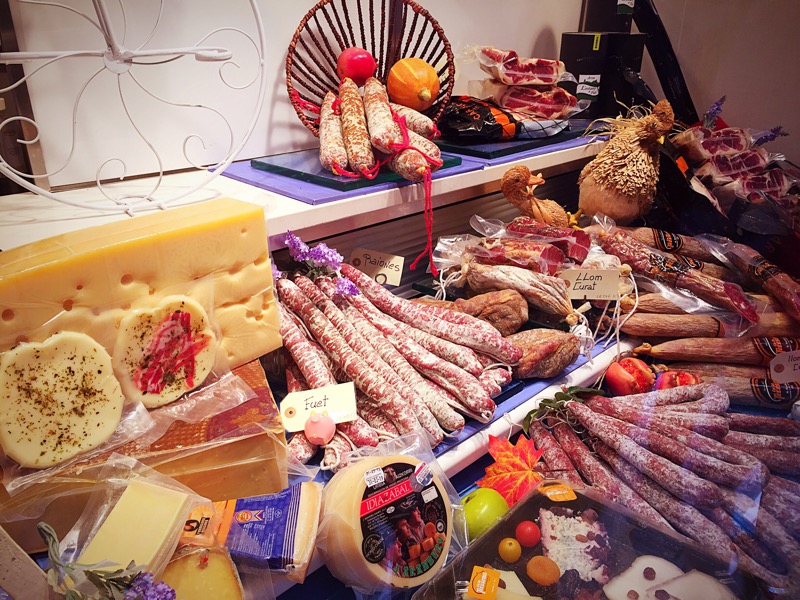 How to store fuet

Store in a cool, dry place. The meat will dry out if it not eaten quickly enough after breaking the skin.

Make your own fuet

In Ca la Teresona you can make your own! Above the shop and restaurant is The Xarcuteria workshop where you canhave a go at making your own and then eat it for lunch in their Tresona XXI restaurant. If you don't actually like cured sausage, the restaurant makes and sells other local specialities which you can enjoy in their smart modern restaurant which also stocks many local wines. 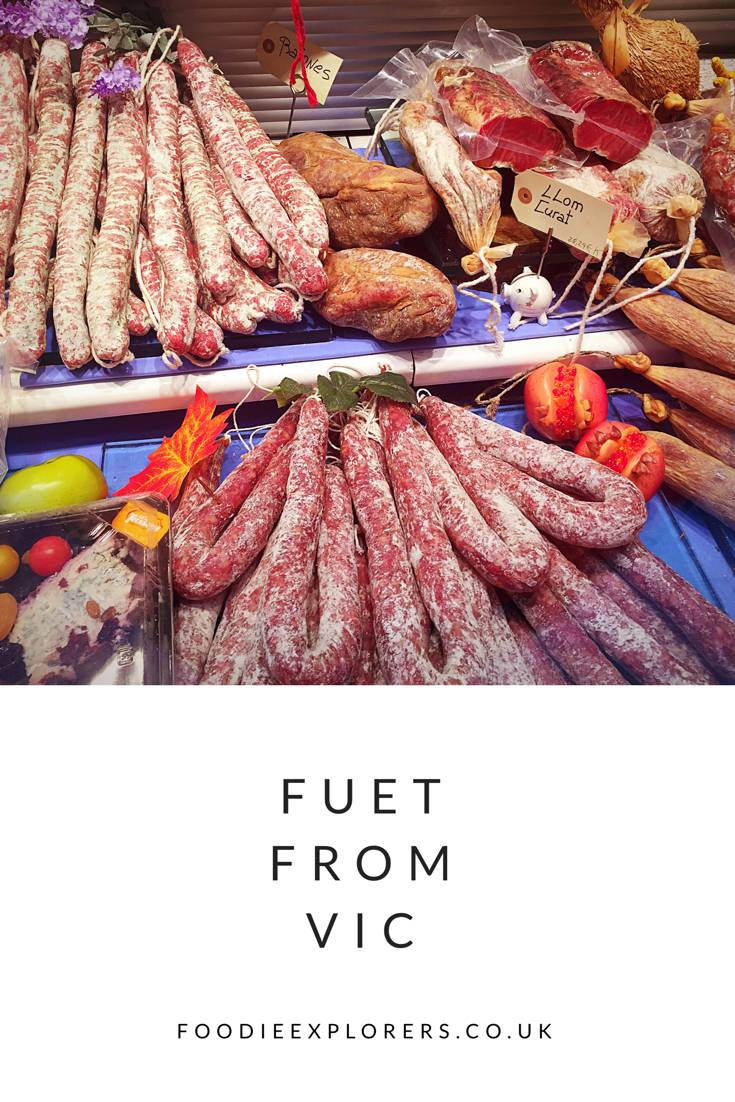