It has to be something good which pulls us away from the easy to reach bit of town (i.e. around Central station for the train home!) but we'd heard so much about Dragon-I and the return of original owner Raymond Mann that it had to be visited (his brother Stephen is also in the kitchen). So off we went with some other bloggers for a taste of their Thai, Malay and Chinese-influenced food and drink.

Dragon-I is across the road from the Theatre Royal so ideal for a pre-theatre dinner, and it's not far from the Pavillion or Cineworld too. It's also handy for transport with Cowcaddens Underground, Queen Street Railway Station and Buchanan Bus Station all within walking distance.  You can park nearby as well. 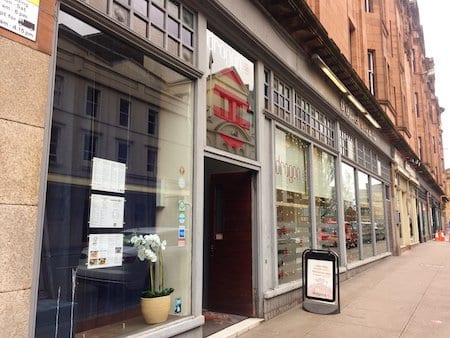 Inside the look is Asian (check out the terracotta warrior as you enter!) with a modern twist. It's relaxed and friendly, with many regulars coming in as we were being seated.

The menu is fusion food at its best, so Scottish produce with eastern cooking. 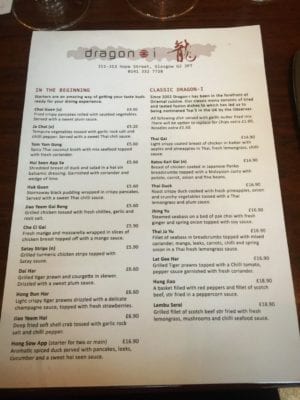 Think it's all a bit too fusion? Don't worry the classics are on the back of the menu. Satay, chow mein and even chicken balls! They also have a new feature in the "Eat clean menu" offering items which are 40% complex carbs, 30% good fats and 30% lean protein, giving you a breakdown of macros for those of you who use myfitnesspal. Dishes with nuts and vegetarian options are also clearly denoted. 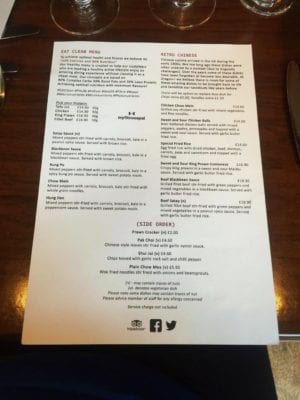 I chose the soft shell crab (Jiao Yeem Hai £6.90) to start. Look at this! Crispy and no onslaught of chilli to ruin the taste and burn your tongue - this was delicious. 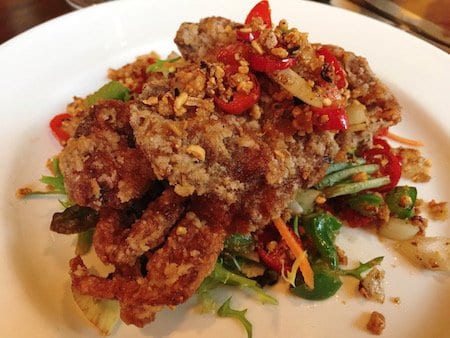 Mr Foodie picked the Stornoway black pudding spring rolls (Huk Guen £5.60).  Crisp outside and smooth inside - and it was definitely Stornoway! Such a good snacking dish that I think we could safely have just munched on these all night! 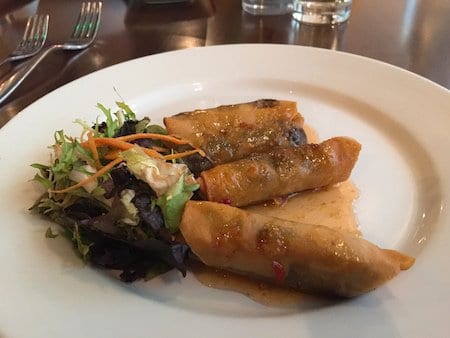 It was a hard decision for our mains, retro or modern?

I chose retro: picking prawn in sweet and sour sauce (£16.90). An old favourite of mine. 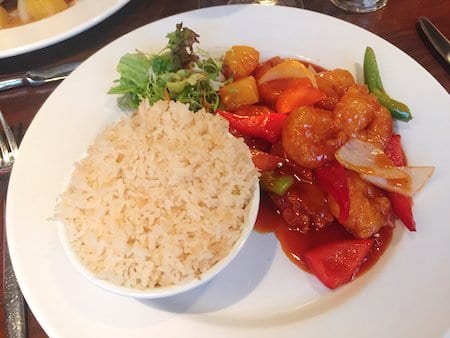 Mr Foodie went for chicken katsu (Katsu Kari Gai £14.60). A chicken breast covered in Japanese pankow breadcrumbs served with vegetables, a Malaysian curry sauce and garlic rice too. Simple and tasty - this is a great mild choice for anyone who isn't fond of spicy curries. 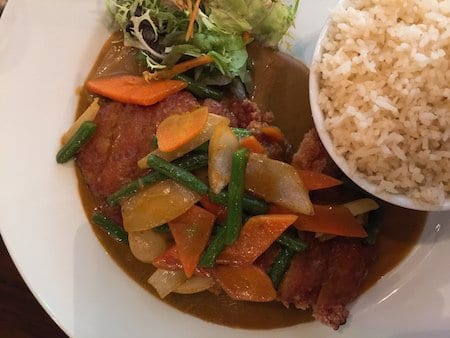 Soon it was time for dessert, we were stuffed but well, you know how you can always squeeze in a pudding?!

I'm a big fan of creme brûlée and wanted something light to end the meal so picked the lychee creme brûlée (£5.60), which is made with a lychee liquor to impart a subtle flavour into the pudding. It was perfectly creamy with the pre-requisite crunchy top. This was just what I needed after the sweet and sour sauce. 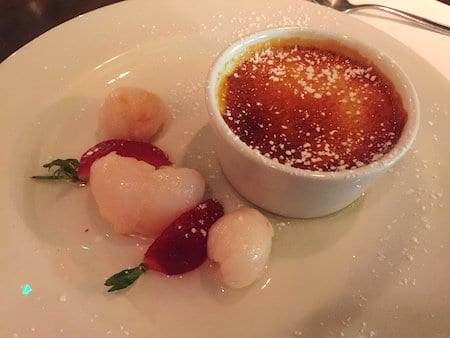 What about Mr Foodie? He can't see cheesecake (Chi Ci Beng £5.60) on a menu without ordering it, so he did! A lime and lemongrass cheesecake with mixed berry compote on top. It was a good size and very light in consistency and light in citrus flavours too so it lacked the zingy lemongrass flavour he was hoping for. 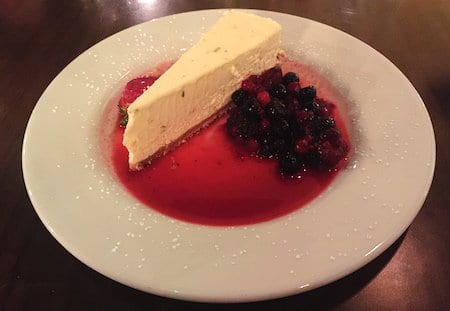 Surprisingly, despite being open since 2002 (15 years!), this was our first visit to Dragon-I. They cater to both a young and older clientele with a mix of retro, fusion and clean eating items on the menu, so enough to suit most tastes. The food was well-presented but perhaps lacked the finesse of newer places like Lychee Oriental. The garlic rice was a nice touch, and for anyone with an aversion to spicy food all the chillies were mild! Service was impeccable, though we received special attention on the night. Both male and female toilets were clean and tidy. There's free WiFi too though you need to sign up to use it.

- Cheesecake a bit too mild on lime and lemongrass flavour

Where: Dragon I, 311–313 Hope Street, Glasgow, G2 3PT
Less than 5 minutes walk to Cowcaddens Underground, and just under 10 mins to either Buchanan St Underground or Queen St station. Buchanan Bus Station is around a 5 minute walk while buses 6, 6A and the 10 to Balfron all stop a few doors down (north-bound only as it's a one-way street).

Disclaimer: We received complimentary food as we visited as part of a blogger group to help promote the restaurant. Despite both being resident in Glasgow for most of our lives we had never been to Dragon-I so appreciated the invitation. Fred says this review is purrfectly true.