Memories and food go hand in hand with us, but what are the best memories? Eating pizza every day in Naples, late-night kebabs in Berlin, bento boxes on Japanese high-speed trains or navigating the spice stalls in Marrakech?

One meal we both remember is from when we visited Mostar in Bosnia and Herzegovina. We were on what was like a grand tour of the Balkans. Once Mark starts to plan a trip he runs with it! We started off in Bratislava, then off to Vienna, followed by Belgrade, then Sarajevo, Mostar and finally Dubrovnik. 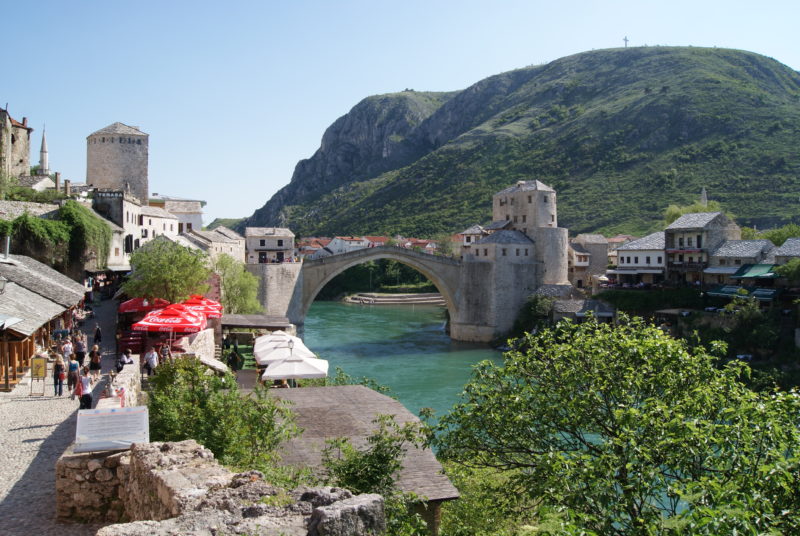 After visiting the larger capitals, Mostar was a place to reconnect with nature and relax though actually, Mostar is the capital of Herzegovina (but part of the nation of Bosnia and Herzegovina) and has a population of over 100,000 but it seemed so quaint in comparison to the previous cities on our trip.

Mostar is famous for its historic and picturesque bridge, 'Stari Most' (old bridge), which is considered a symbol of the connection between Christianity and Islam. 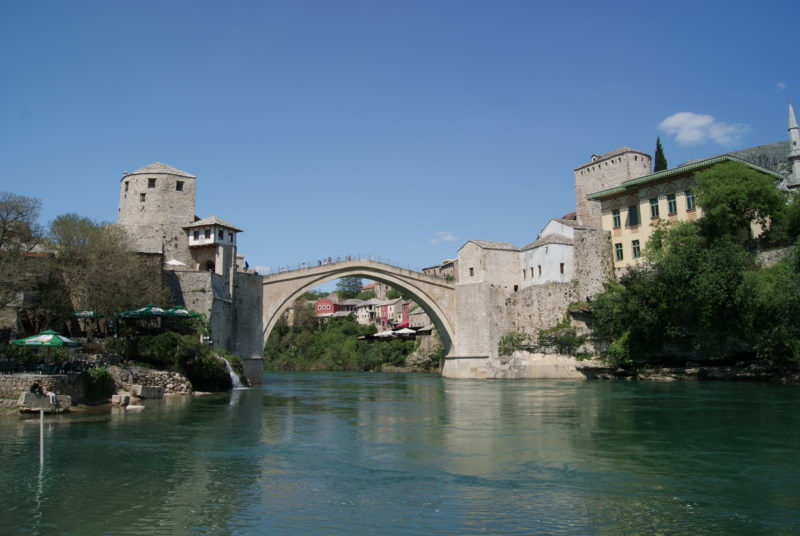 There are views from all over from which to appreciate the bridge, like from the shore above, but we also had lunch in a restaurant overlooking the bridge, which was built in 1566 then was destroyed in 1993 during the Bosnian War. Thankfully it was rebuilt and reopened in 2004 and is now a UNESCO World Heritage site. If you are lucky you may also see swimmers diving from it! 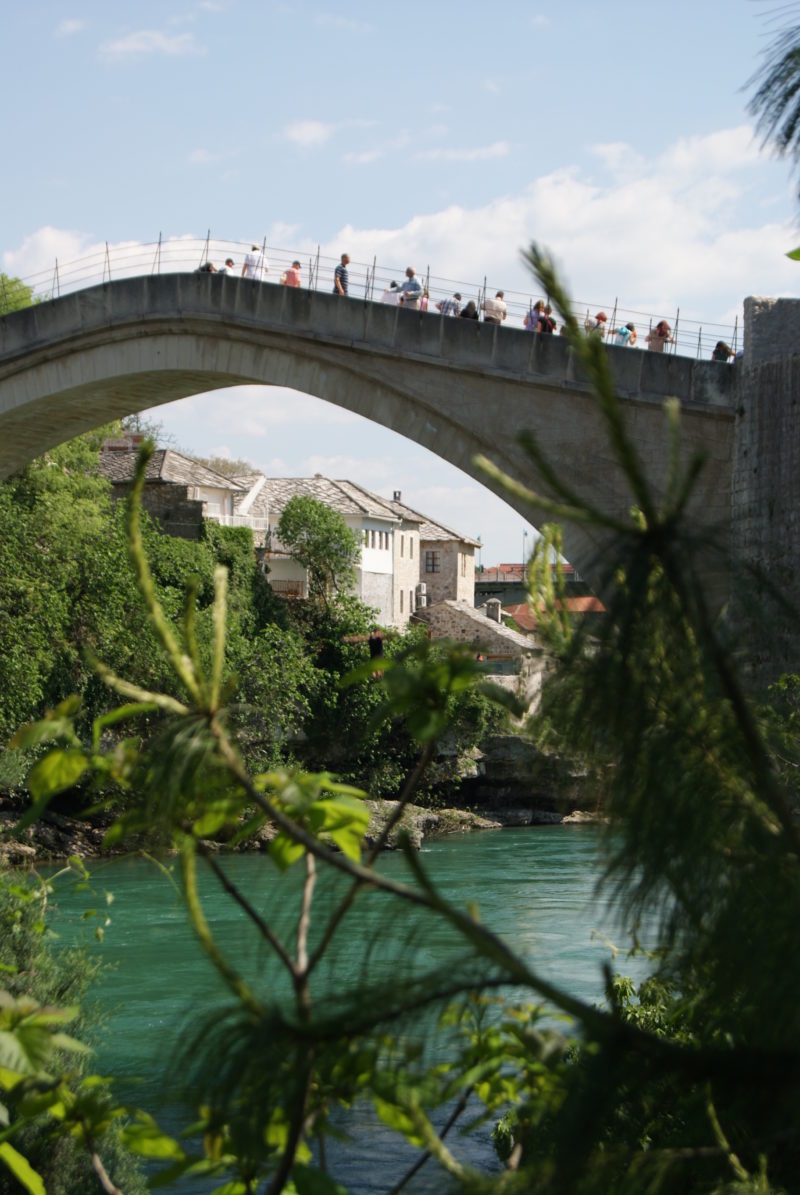 The view from the restaurant

And on this idyllic day, we ate a local delicacy, which is in fact the national dish of Bosnia and Herzegovina - we’ve also eaten versions of this dish in Croatia, Romania and Serbia. So what is this tasty stuff? Here and in much of the Balkans, it's known as ćevapi. You may also find it referred to as ćevapčići. 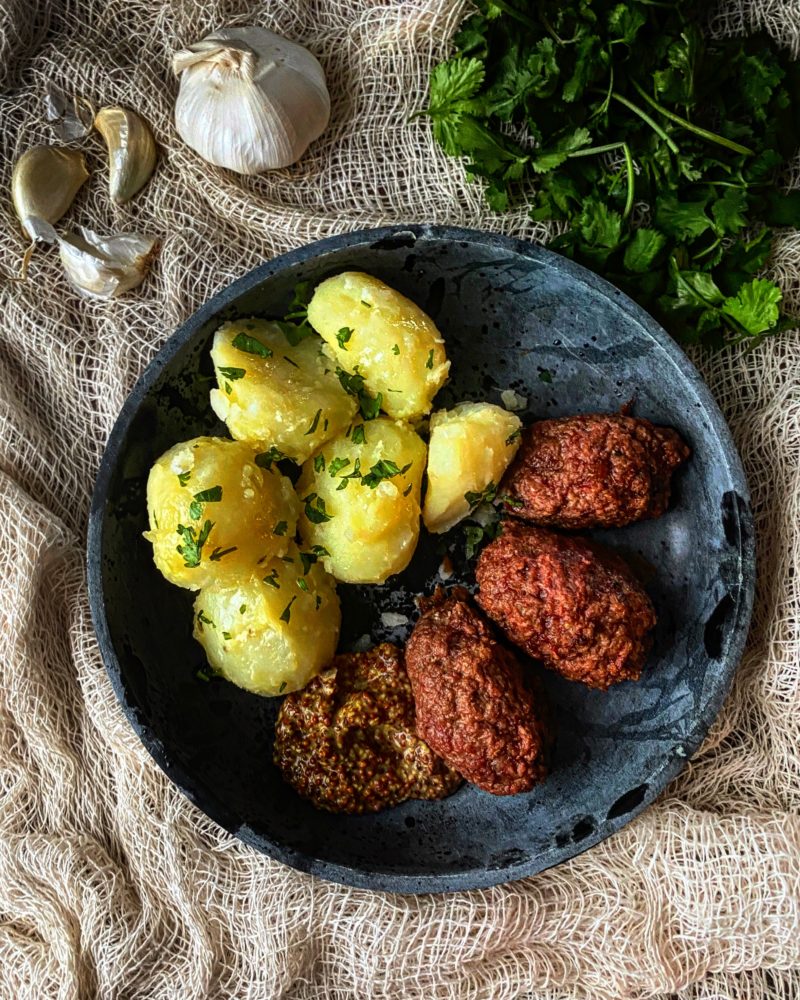 Ćevapi is a grilled dish of minced meat. Similar to a kofte kebab, these minced kebabs are made with mainly beef, lamb, pork or veal. They can be served with flatbread, chips or boiled potatoes. Alongside onions, kajmak (a cheese similar to Feta) and Ajvar (a red pepper chutney type sauce).

Our version of the holiday ćevapi is made with sustainably sourced Scotch lamb mince. We are big fans of Scotch lamb, and find the flavour works well with these mini kebabs. 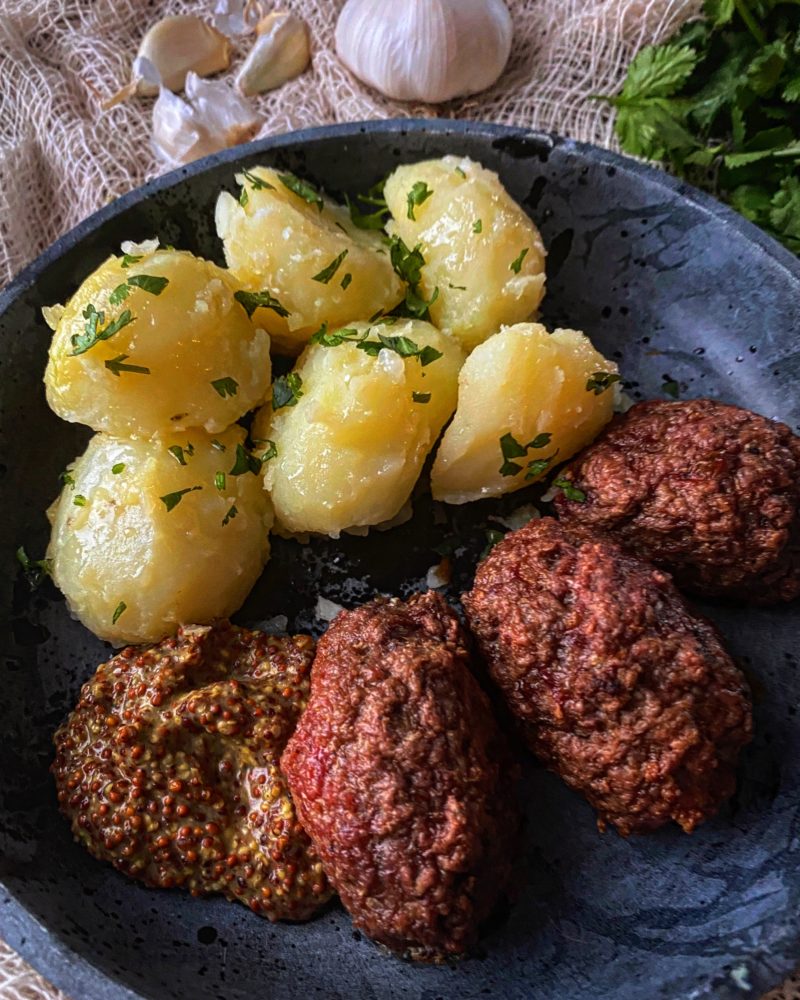 Cevapi Recipe made with Scotch Lamb

Combine all of these ingredients together well,

Leave the mixture in the fridge for several hours, ideally overnight.

Remove the bowl from the fridge and add the bicarbonate of soda.

Form the cevapi using your hands. 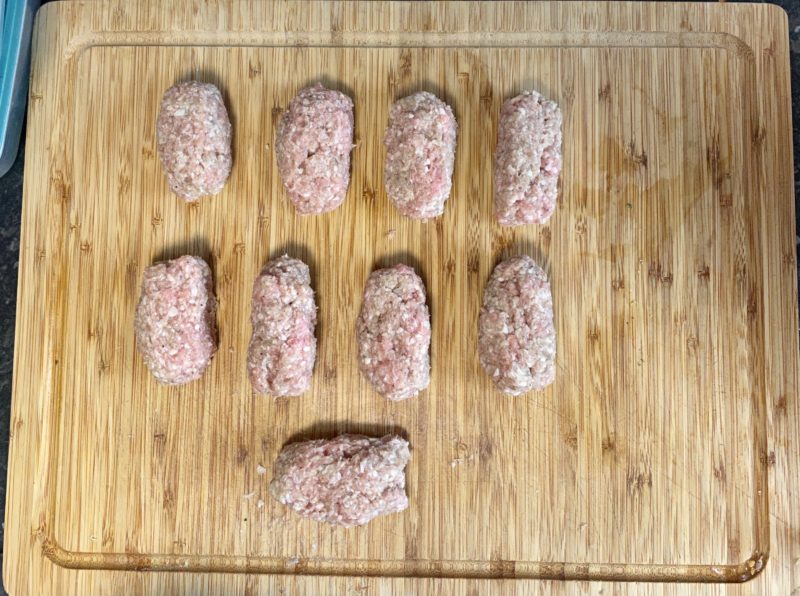 Cevapi can be grilled, oven-baked or fried. They are delicious when cooked on charcoal. 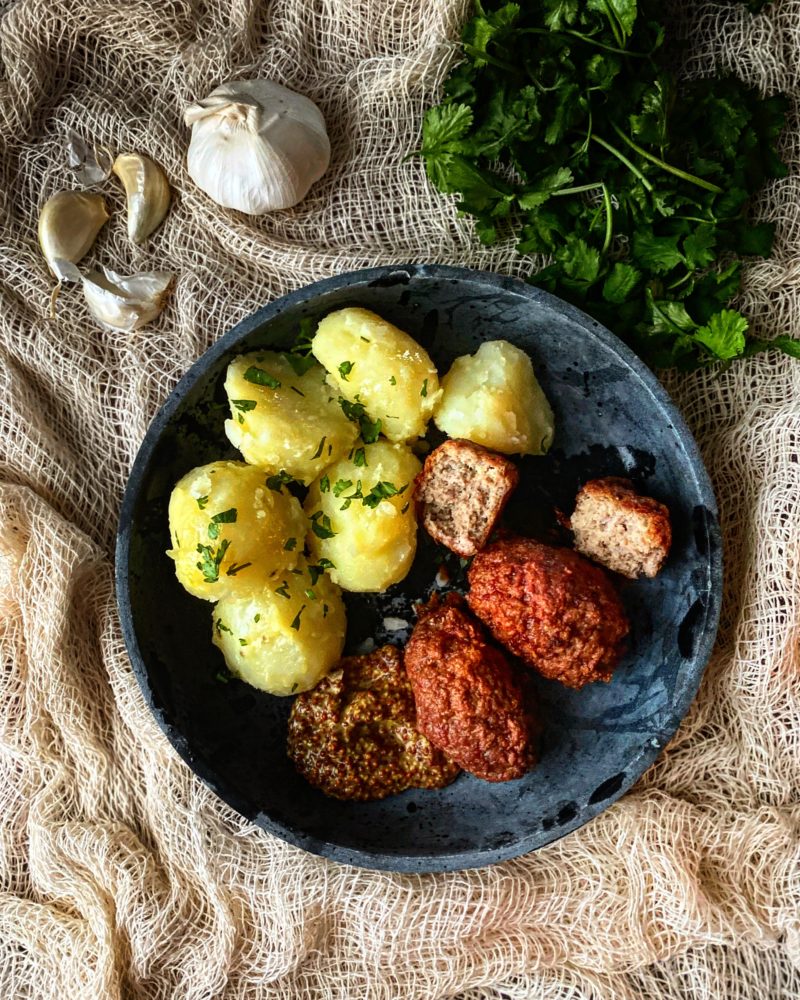 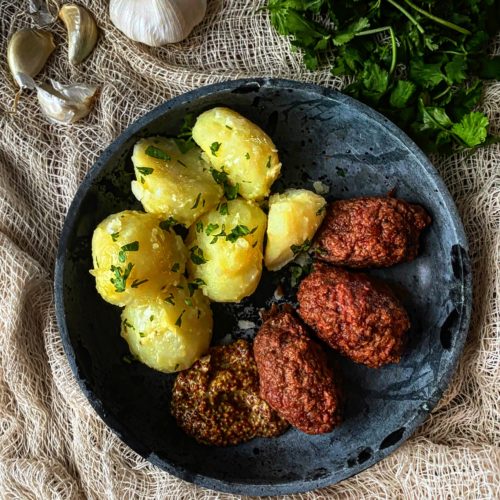 Cevapi made with Scotch Lamb

All about Scotch Lamb

• Scotch Lamb PGI is a delicious, nutritious and versatile meat to cook with.• Scotch red meat is among the most sustainably produced in the world.

• Scotch Lamb is high in essential vitamins and minerals, perfect as part of a balanced diet.

• Scotch Lamb can be easily sourced from your local Scotch butcher or retailer.

• When shopping, look for the Scotch labels to guarantee that your meat is of the highest quality and traceable to trusted farms in Scotland.