A trip to Sainsbury’s the other day for a nosey and I found these, Bol Vegan soups. Now it wasn’t that they are vegan which caught my eye, as we are both omnivores, but they did look enticing and comforting (it was a chilly day) and the flavours were right up Mr Foodie’s street. 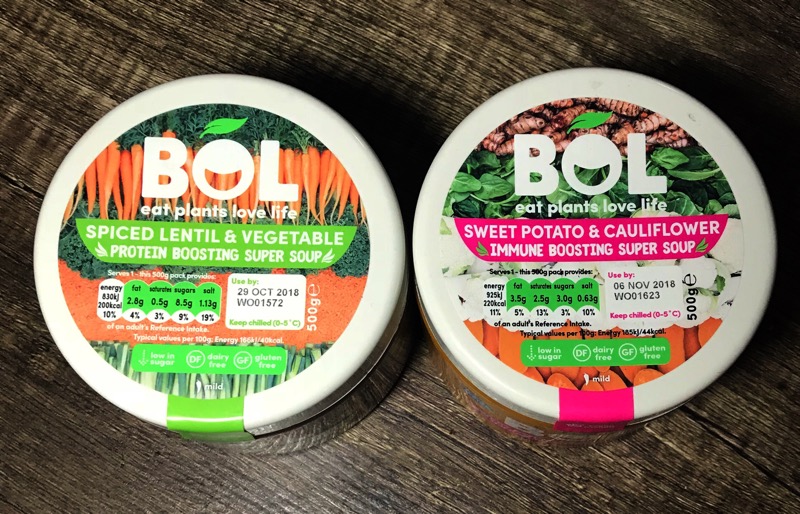 I bought two, spiced lentil and vegetable for Mr Foodie, and Sweet Potato and Cauliflower for myself. 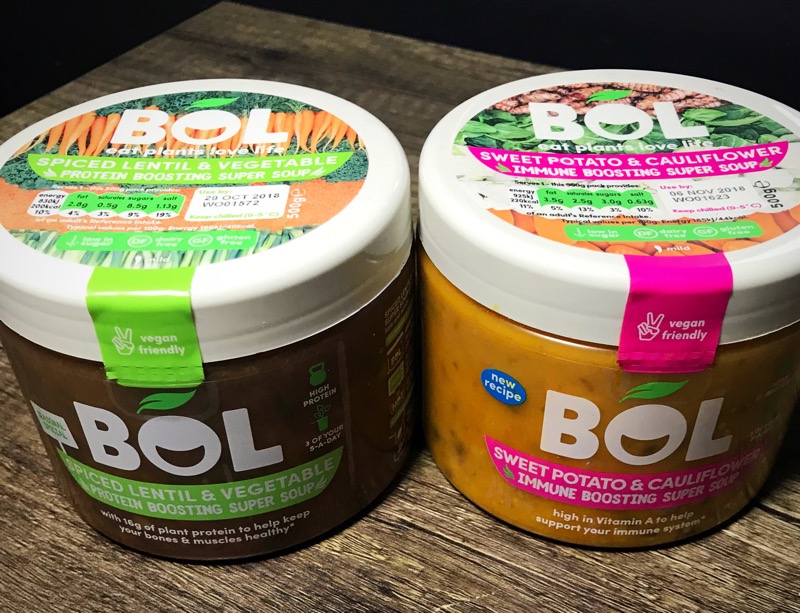 This sounded like just what Mr Foodie needed. Red lentils, carrots & kale, blended with a spice mix of cardamom, sumac & curry leaves. It had plenty of lentils so was filling with a mild spiciness but got a bit boring after a few mouthfuls. It needed something to bite...a bit of texture, some carrot slices perhaps? Cost £2.90 Sainsbury’s. 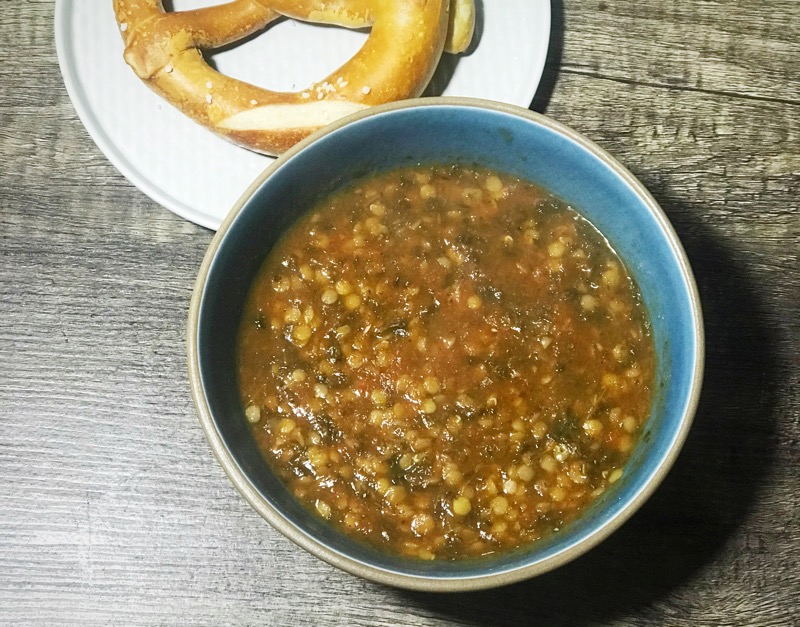 Then sweet potato, cauliflower and turmeric soup for me.  I love sweet potato and cauliflower so the signs were good. This soup has 30% of your daily vitamin A intake which is alleged to boost your immune system. 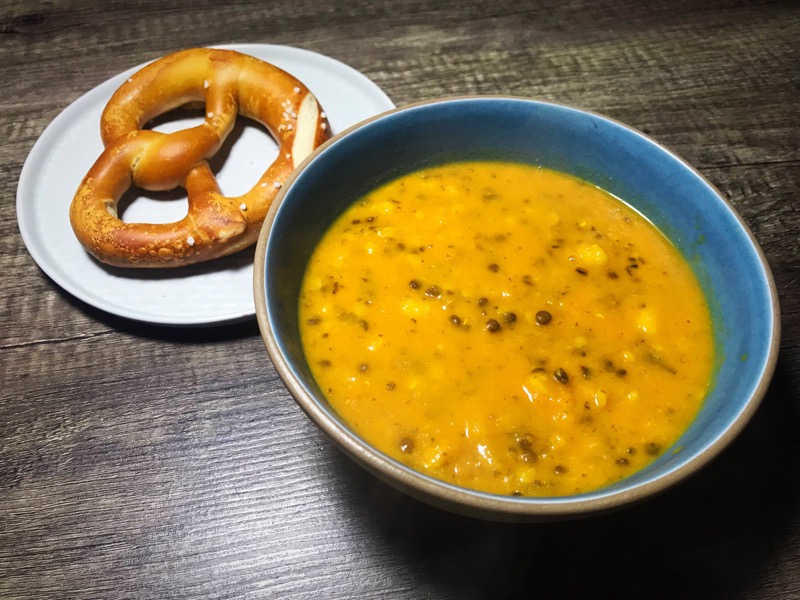 A good amount of cauliflower florets for a bought soup however it lacked something (and not just meat stock as Mr Foodie always thinks!).  Maybe some more sweet potato to make it thicker?  Some more coconut milk? Some spice? A good idea, but ultimately a watery soup missing something. Cost £2.00 Sainsbury’s

Not a patch on homemade soup, both flavours are missing something to make you want more, but if you’re stuck for lunch or can’t be bothered making soup from scratch, both are OK.