I forgot how long a journey on the tube feels, especially when you have no internet to play with. I play “avoid looking at everyone” until we reach Barons Court and I can look out the window. This bit of the line is my old stomping ground back in the day so I spend the time peering out to see what has changed. Not much by the looks of things, my old local is still there. 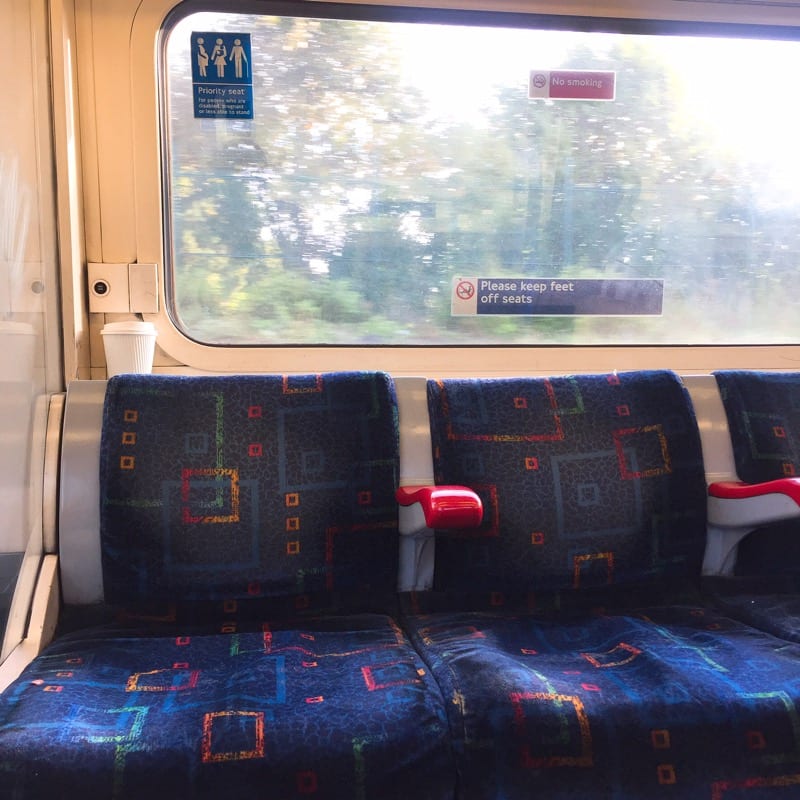 After checking in and dropping my bags off it was time for a cocktail – well it is a “holiday tradition”. Airports are havens of overpriced and under tasty food, and the usual suspects are here, but Heston Blumenthal’s The Perfectionists’ Café stands out. Well, it’s not everyday I’m flying out of Heathrow. Following a quick scan of prices it doesn’t seem so bad for an airport. £11.50 for a full English is a little bit cheaper than the Fat Duck! 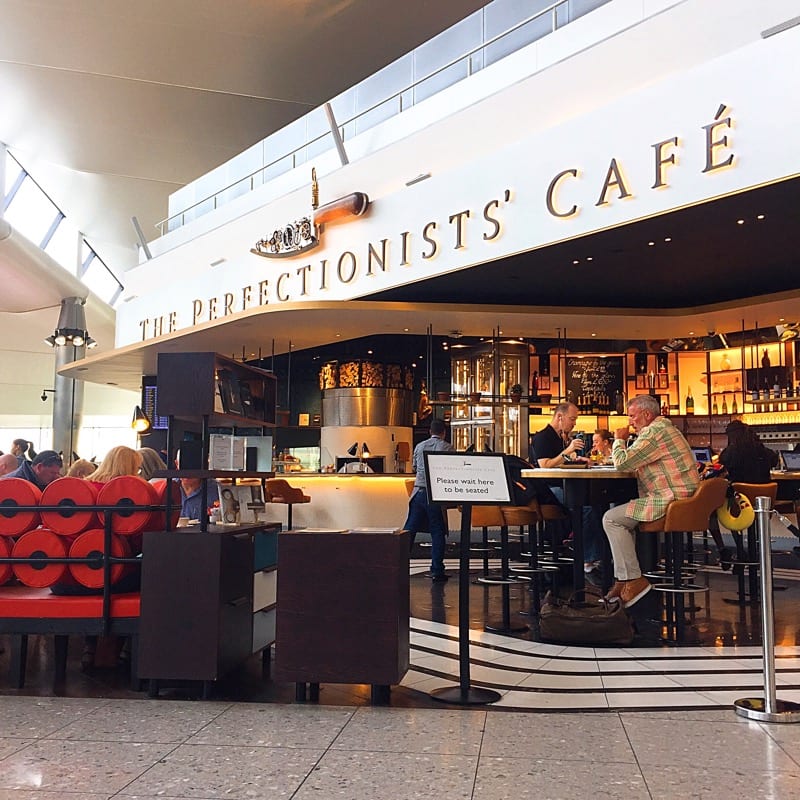 There’s a mix of seating. Bar type at the counter, tall seats, tables with normal chairs and booths. I pick a table as a) I’m short and always struggle to get off and in stools and b) darn it I want a chair!

I pick boiled eggs and soldiers, not only as I haven’t had them in ages but it makes me think of Heston and his “embrace your child” ethos. I also spied Quail and Stornoway black pudding Scotch Eggs with piccalilli so pick this as well. Accompanied by a cheeky Bucks Fizz – Heston-ified with marmalade reduction and orange peel tincture. 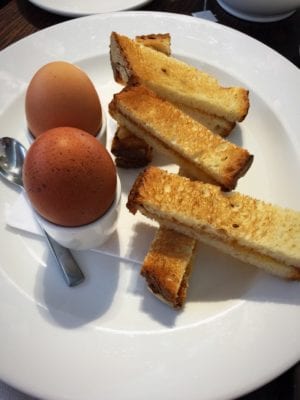 The toast and eggs first and actually it really was perfection for the time and place. Yes, it’s a simple meal but this was eggs boiled just as requested with proper hot buttered toast, perfect for dunking. 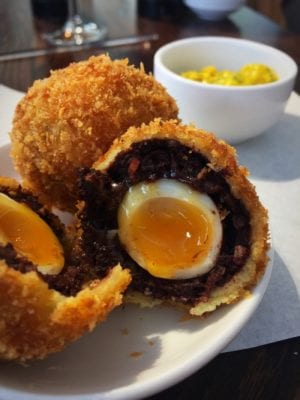 The Quail and black pudding Scotch eggs with piccalilli were tasty little mouthfuls too. I figured if Mr Foodie was here he would have ordered them so I’d give them a go! Set yolks covered with moist black pudding surrounded with chewy batter and panko crumb. Again, lovely and just what I needed.

Of course I had to get the traditional airport cocktail. I was tempted with the cloud cocktails but decided to go traditional with a Bucks Fizz. With Champagne, orange marmalade reduction and peel tincture. Concentrated tart orange in a Seville orange like fashion, beautiful!👌 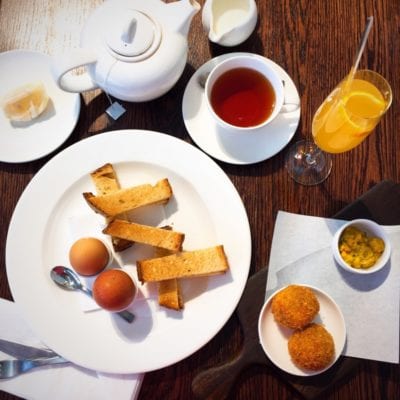 I had a pot of Earl grey tea as well, although I had to ask for lemon and I was given a lemon that has the net covering, which I suppose stopped the pips but I like a slice of lemon in my tea but just as I was enjoying it the lemon was whipped away with the dishes – nooooooooo!

The Perfectionists’ Cafe actually has excellent food but unfortunately it’s served with an airport flourish. I suppose the staff have to deal with annoying London business types and have to commute to Heathrow, which can’t be fun, but I’d have expected a bit more warmth from them, then there’s the 12.5% charge added to the bill automatically gripe. I was certainly made to feel uncomfortable asking for it to be removed. I’ll add the tip for good, even competent, service just don’t force it!