These may be the most colourful sausages ever to grace our plates!  We are HUGE fans of HECK sausages and now there no need to miss out on a tasty banger if you are vegan or vegetarian.  Trying out Veganuary? Then Heck’s range might tempt you further...

There are four flavours: The Beet Goes On, made of beetroot, carrot and horseradish; Super Green Saus, with spinach, kale, ginger and chilli; Sweet Fusion, with sweet potato and Thai pesto; and Bollywood Bangers, a cauliflower bhaji-style sausage. 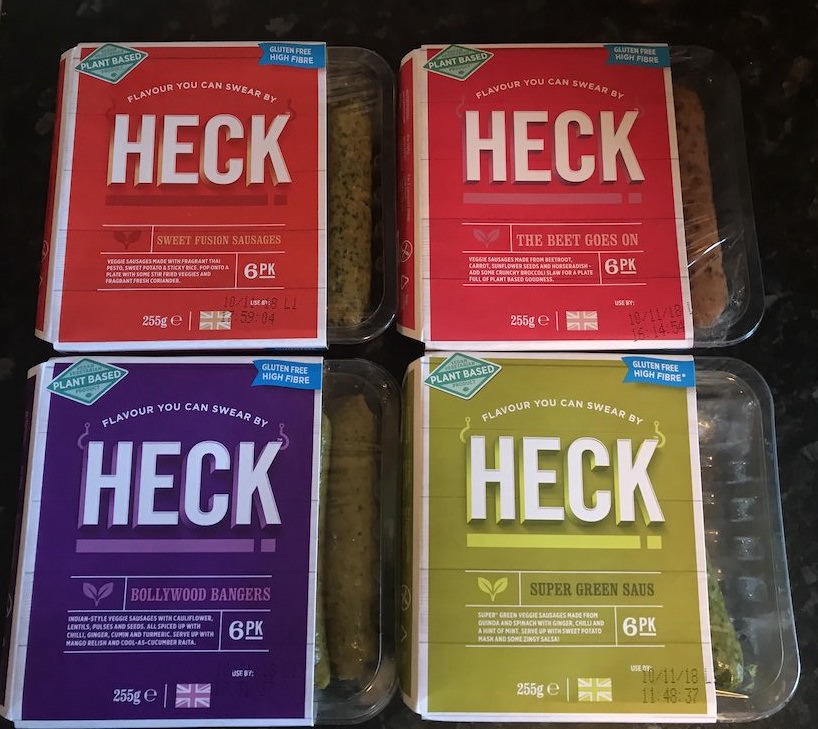 We unwrapped the packets and wow at the aroma!  I think there's a lot of flavourings in these bangers.  Exotic spices and earthy goodness seems to be wrapped up in each packet. 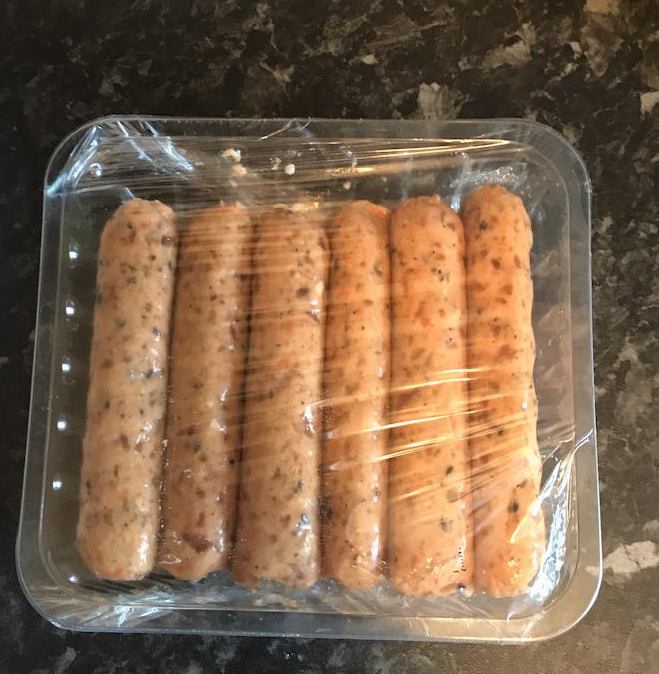 Keeping the healthiness levels up, we decided to cook the sausages on the grill. Slap them on the grill and leave them to it.  Easy peasy. 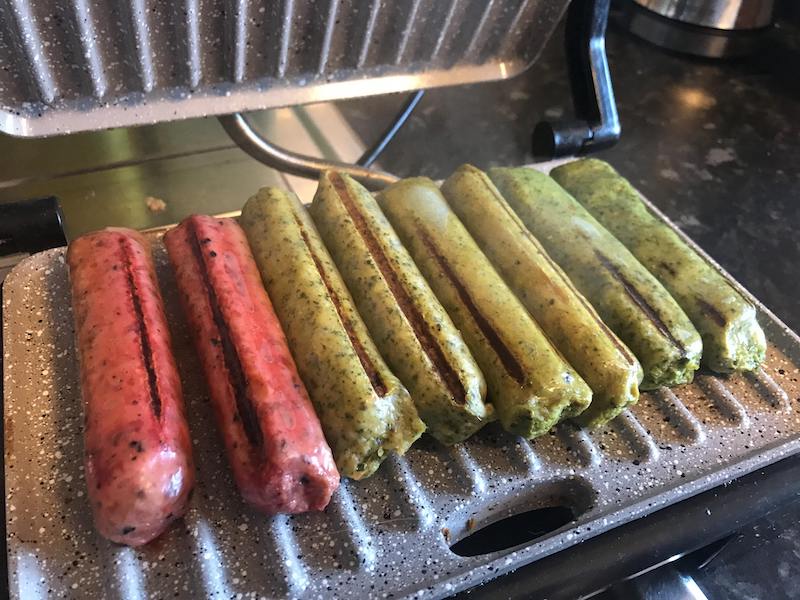 No fatty sausages here.  No need to add the fat to make these bangers tasty.  Instead, HECK use Thai spices and ingredients such as horseradish and chilli to add flavour to the plant-based bangers.  They smelled that tasty that Fred came up for a closer inspection!  Fred approved! 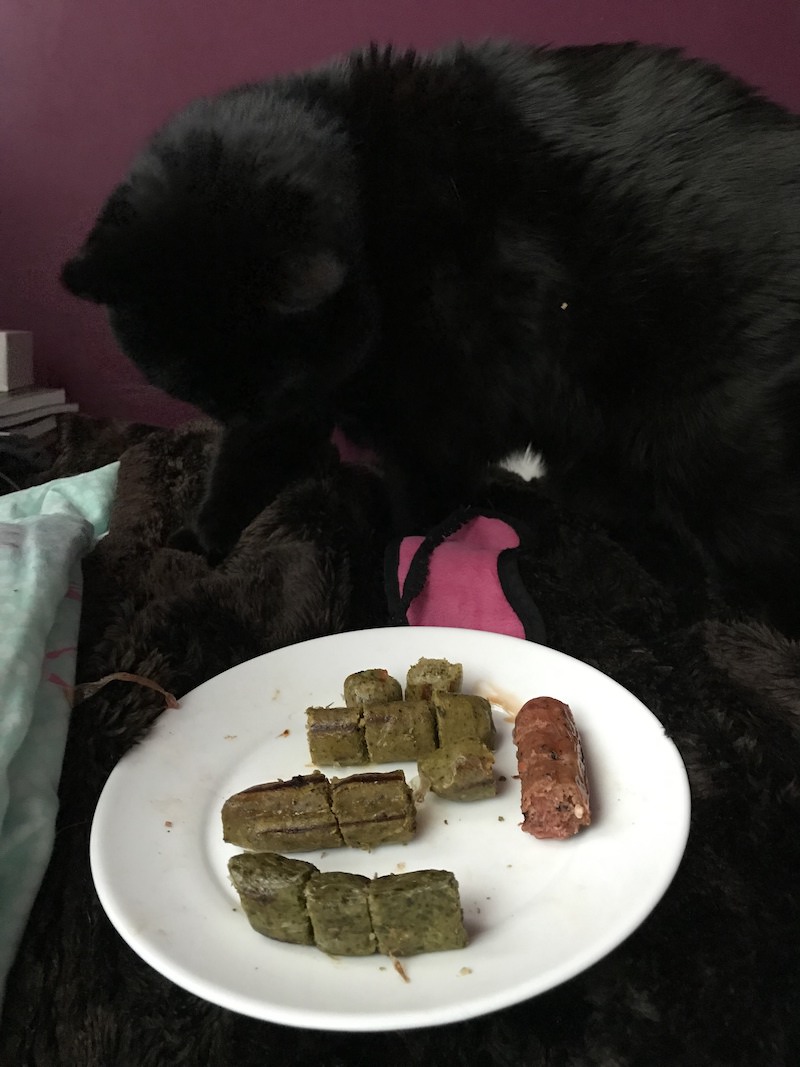 These aren't meant to replace a traditional sausage so there's no attempt at 'fake' meat and you can taste a lot of the flavours rather than them just being indecipherable mush! They also taste healthier than regular sausages, especially the Super Green variety!

These bangers are an ideal way to add more plant-based food to your diet in a different way. Chop them up and add to stir fries, salads or perhaps curries.

The vegan bangers can be found at ASDA, Waitrose, Sainsbury's, BOOTHS and Ocado.

Disclaimer: we received a free pack of each variety to put it to the taste (and sniff) test. Even Fred was intrigued by them and he usually hates veggies!