Thank 41oodness for online home delivery! Last weekend was a little rough in Foodie towers after a night out at the West End Beer Festival followed by the launch of Belvedere Vodka's new LED-lit Midnight sabre bottle at The Sanctuary nightclub near Kelvingrove. We even had an invite for the launch of the new Tuxedo nightclub in the Merchant city but that was just too much for one night...Saturday was a write off and even by Sunday we just wanted to lie on the couch and be fed.

Thankfully nowadays, there's more to home delivery than greasy pizzas or dodgy curries - there are superb burgers!  We'd tried Meat Jam before but wolfed the burgers down before getting any photos! This time we got a grip! 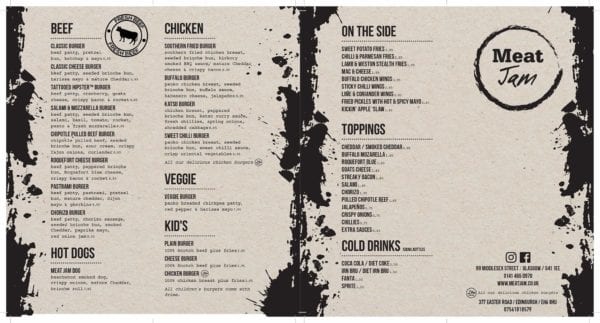 There are both beef and chicken choices with a single veggie burger and hot dog as well.  Kids are catered for with plain, cheese and a chicken burger.  Extra toppings can be added to make your own creation, and these include Roquefort, salami, chorizo and more.  Fried pickles, lime and coriander wings, mac n cheese and others fill the list of sides.

Delivery was quick and we settled down to take some pictures this time! 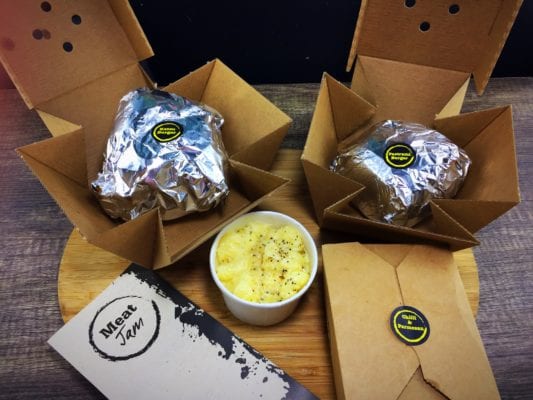 I had ordered burgers we would both like so we could split them.

First up the Katsu Burger (£8.95) with chicken breast, katsu curry sauce, chillies, spring onion and cabbage in a brioche bun. 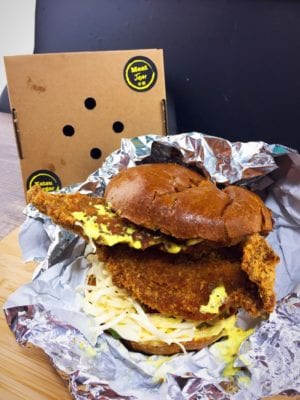 This was a monster of a burger. Two hunks of panko-covered chicken. 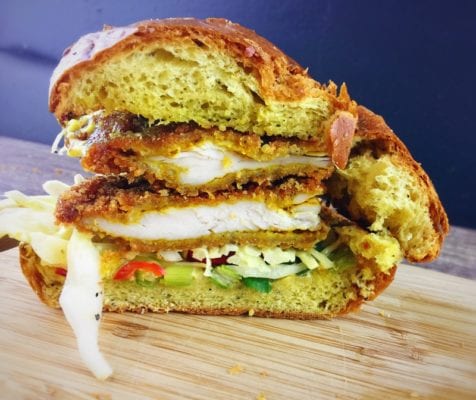 Next up, the Pastrami Burger (£8.95). Beef, pastrami, cheddar, Dijon mayo and gherkins in a pretzel bun.  Right up my street. 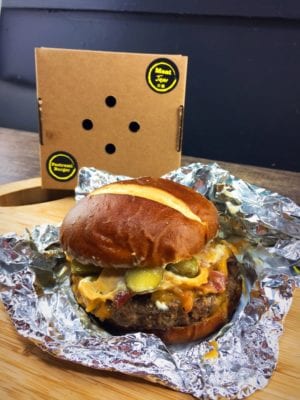 The patty was firm and meaty with layers of Pastrami to season but not overwhelm the burger.  It was just the right size to fit into my mouth, so no need to deconstruct it, well aside from halving it in two for Mr Foodie!   I was in meat heaven. Ron Swanson would be proud! 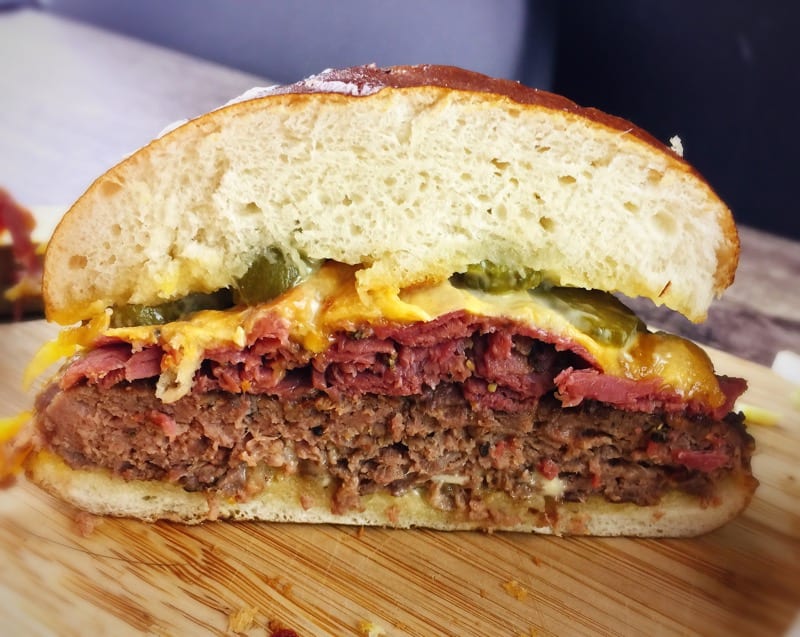 The big test, mac 'n' cheese (£2.95). With takeaway sides quantity often counts more than quality. Not here.  The tub was just the right size as a side. Cheesy and thick. 👌 Fred (one of our cats) came up for a sniff and dipped a paw into the empty tub seeking some creamy sauce. 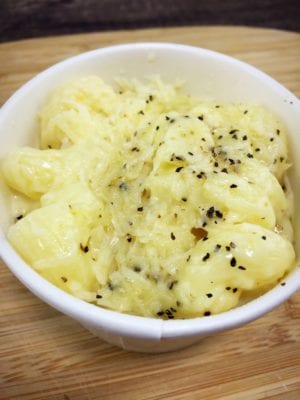 I also ordered chilli and parmesan fries (£2.95).  Skinny, crisp fries with just a wee bit of chilli to taste it but not enough to kill the tastebuds.  👏 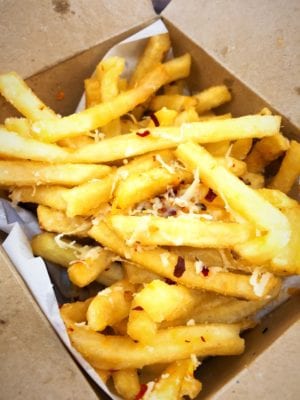 Fred was intrigued by the smells and I'm sure he would have given a thumbs up to the piece of beef patty he snaffled, if he, er, had thumbs! 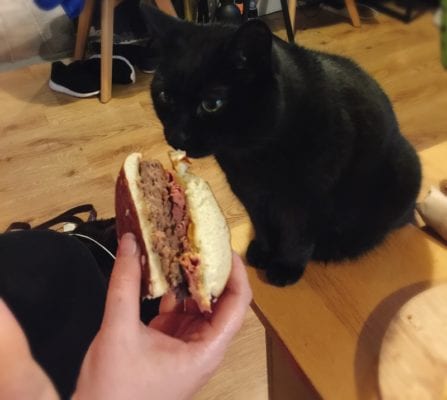