Lychee Oriental in Glasgow is celebrating the Mid-Autumn Festival with a new dedicated five-course menu. I was invited along with other press to experience the impressive sounding five-course "Chinese Moon Festival" Menu. 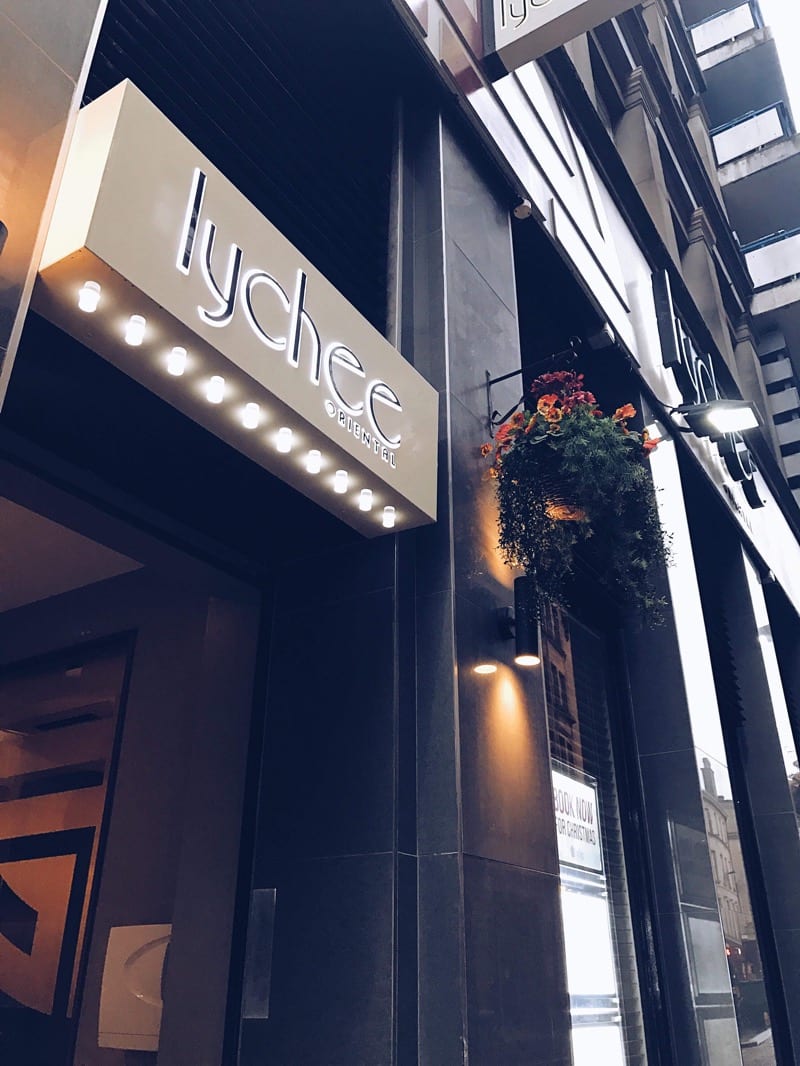 At Lychee Oriental from September 25th to October 25th 2018, the Chinese Moon Festival menu priced at £30 per person includes,

Fresh ginger on top of a broth congee with a lotus root as a garnish.  I'll need to learn how to make this as not only is it comforting but it's tasty as well.  Think of it like a really thick chicken and rice soup. 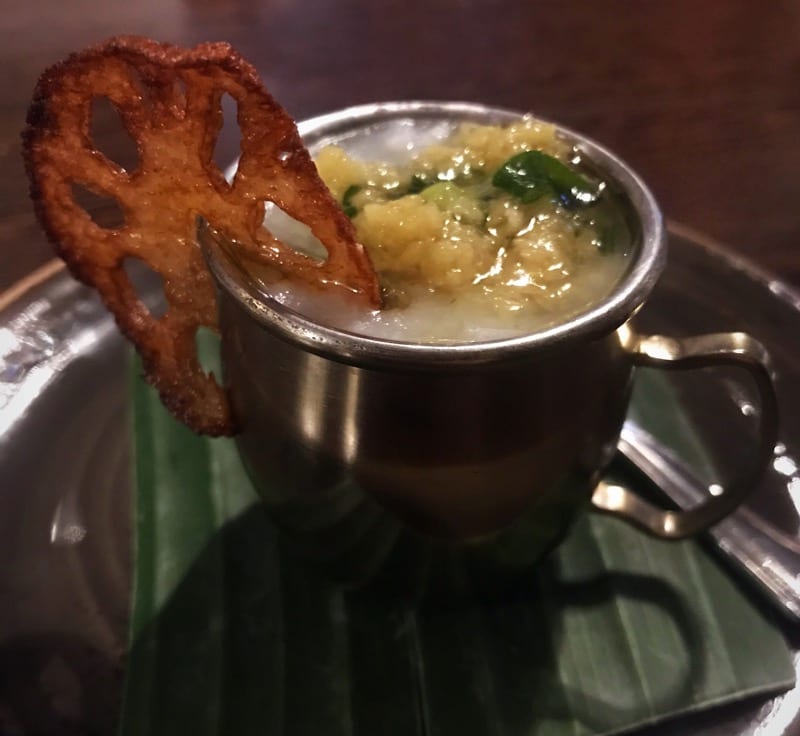 I'm not generally a fan of wontons. They can be greasy, far too crisp and the insides mushy.  Not these, wolfed down and not a hint of greasy overcooked pastry! The dip was that tasty! I was dipping my prawn crackers merrily into the sauce. 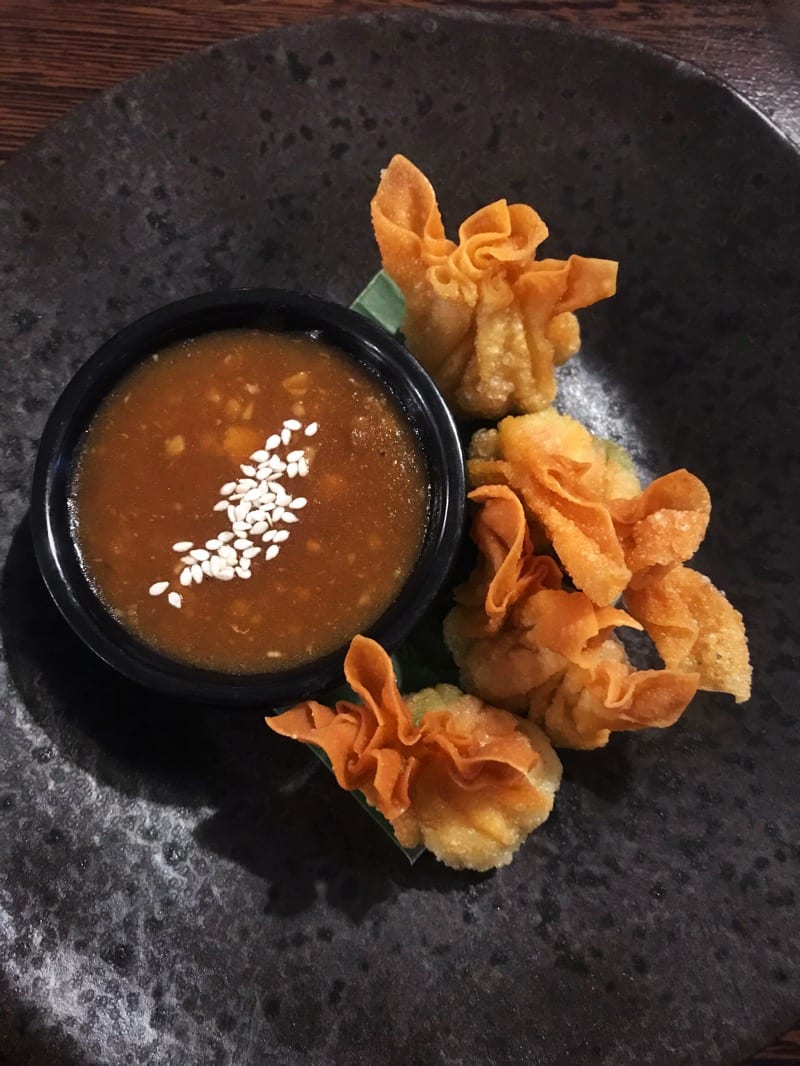 Tender beef that fell apart with just a hint of five spice, but enough to give a bit of flavour but not overpowering.  I'm not a huge fan of five-spice - it's the star anise I'm not loving but this was just right with the sauce soaking into the boiled rice. 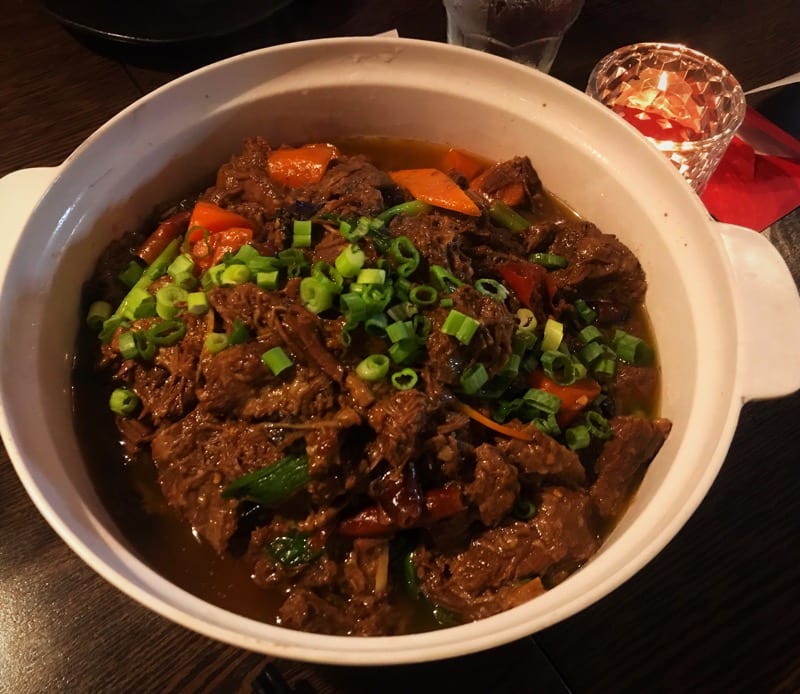 Mmm is all I can say.  This was a decadent dessert.  Sugar, fat, banana and peanut butter - what more would you need?  Suitably gooey with refreshing ginger ice cream. 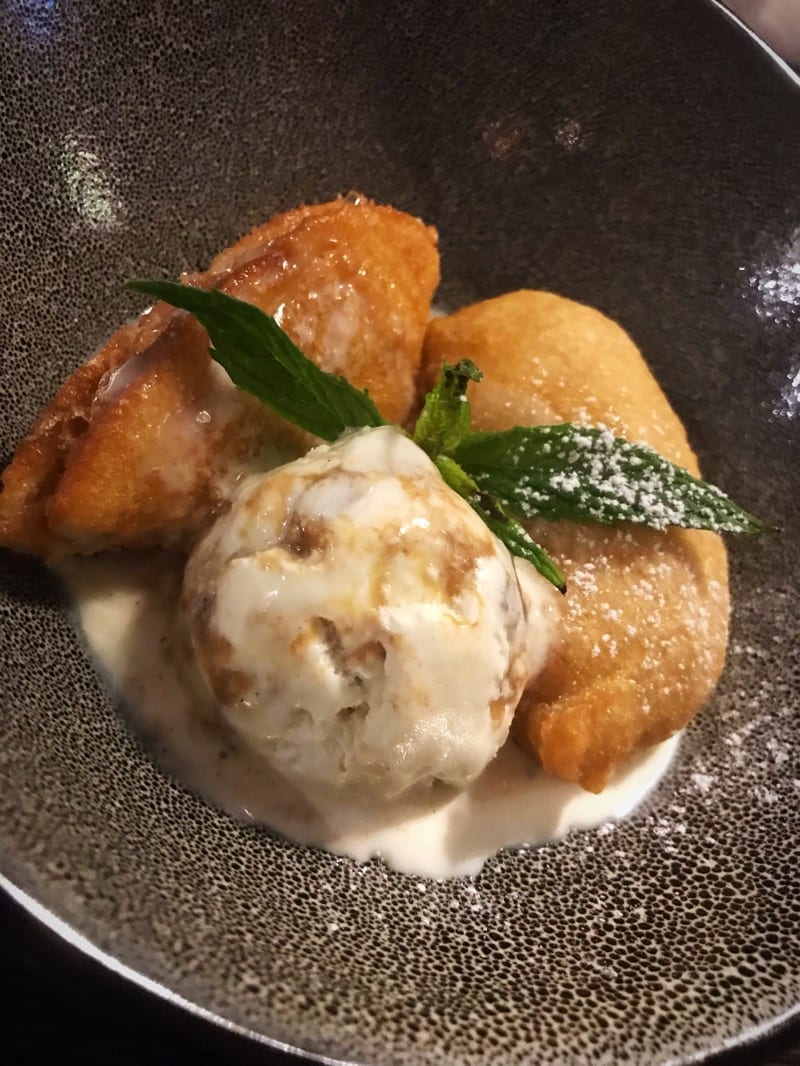 Some Oolong tea served with mooncake which is a rich thick filling dessert, usually made from red bean or lotus seed paste and surrounded by the thin crust.  It can contain a yolk, which Jimmy removed as even he thinks that's a bit too far out for us!  It's a very sweet dish and almost like the Chinese version of ending your meal with coffee and some tablet. 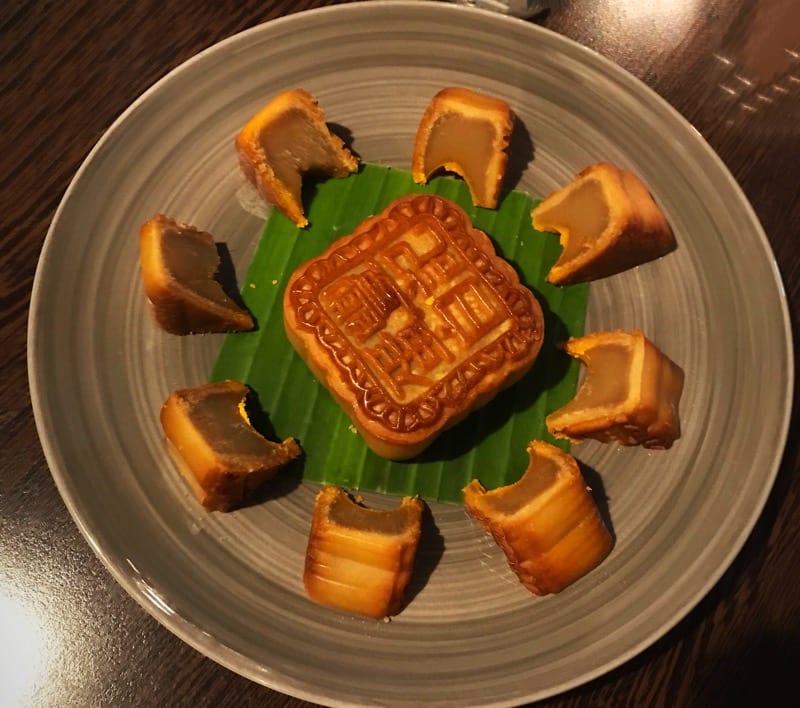 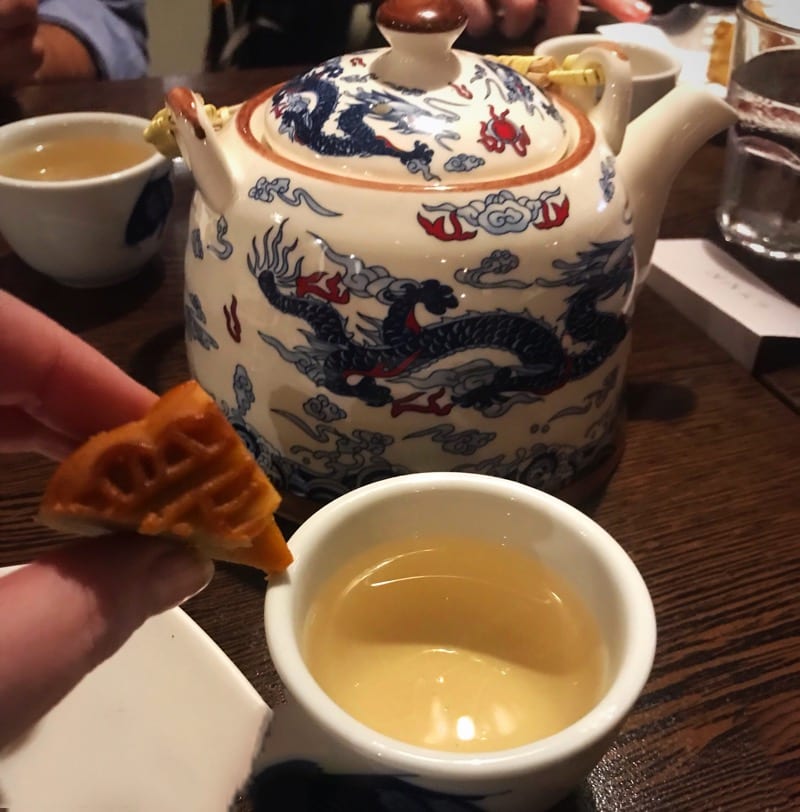 Something a little different but not too much so don't fear if you usually order Beef and black bean sauce.

The Chinese Moon Festival menu will run for 4 weeks only from Tuesday 25th September until Thursday 25th October. Bookings must be made in advance and are not available on Saturdays. A vegetarian option is also available

Fred sez its OK for his mum to get an invite but not him as he can't use chopsticks.  He sez dis the truth even if Lychee Oriental did invite her along.  He'll just ignore mum now.