Chimney Cakes, or Kürtőskalács to give them their full name, is a cake which is generally found in Transylvania and Hungary, or you may have seen them on sale at Christmas markets in the UK. Made from a sweet, yeast dough which is wrapped around a shaped spit, covered in sugar and roasted.  The sugar caramelises and creates a shiny, crisp coating.  These are then served topped with additional ingredients such as cinnamon or icing sugar. 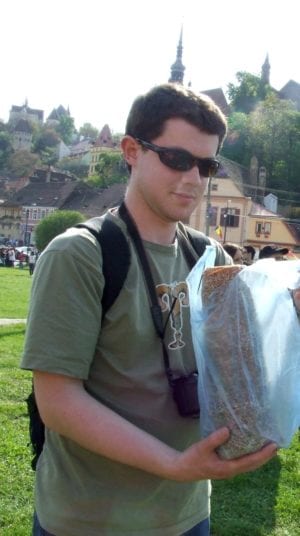 Mark and what looks like the biggest chimney cake in Romania

We first tried them on holiday in Sighisoara, Romania many years ago in 2008 and remember them fondly.  So when we heard that there was a shop selling chimney cakes in Glasgow, we had to visit. 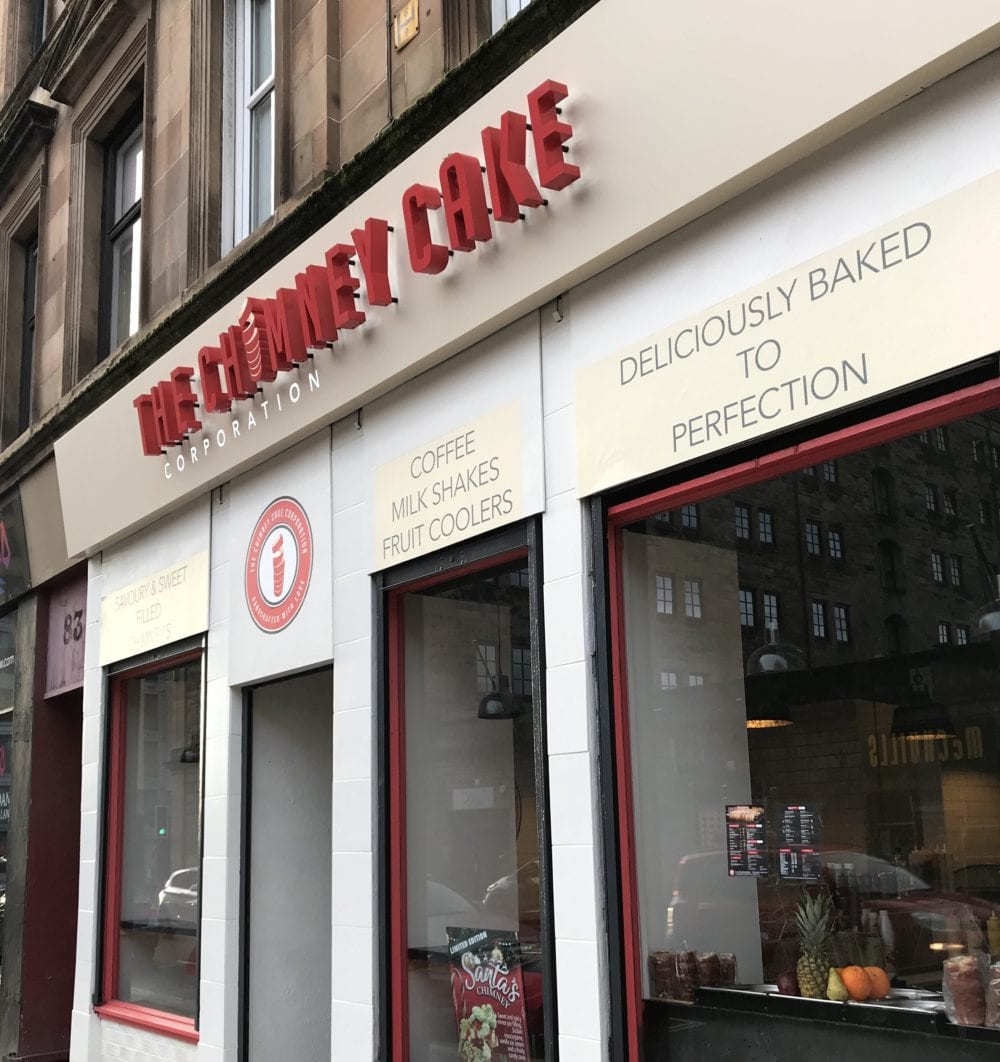 Step inside to a wonderland of chimney cakes and a gazillion things to add to them. 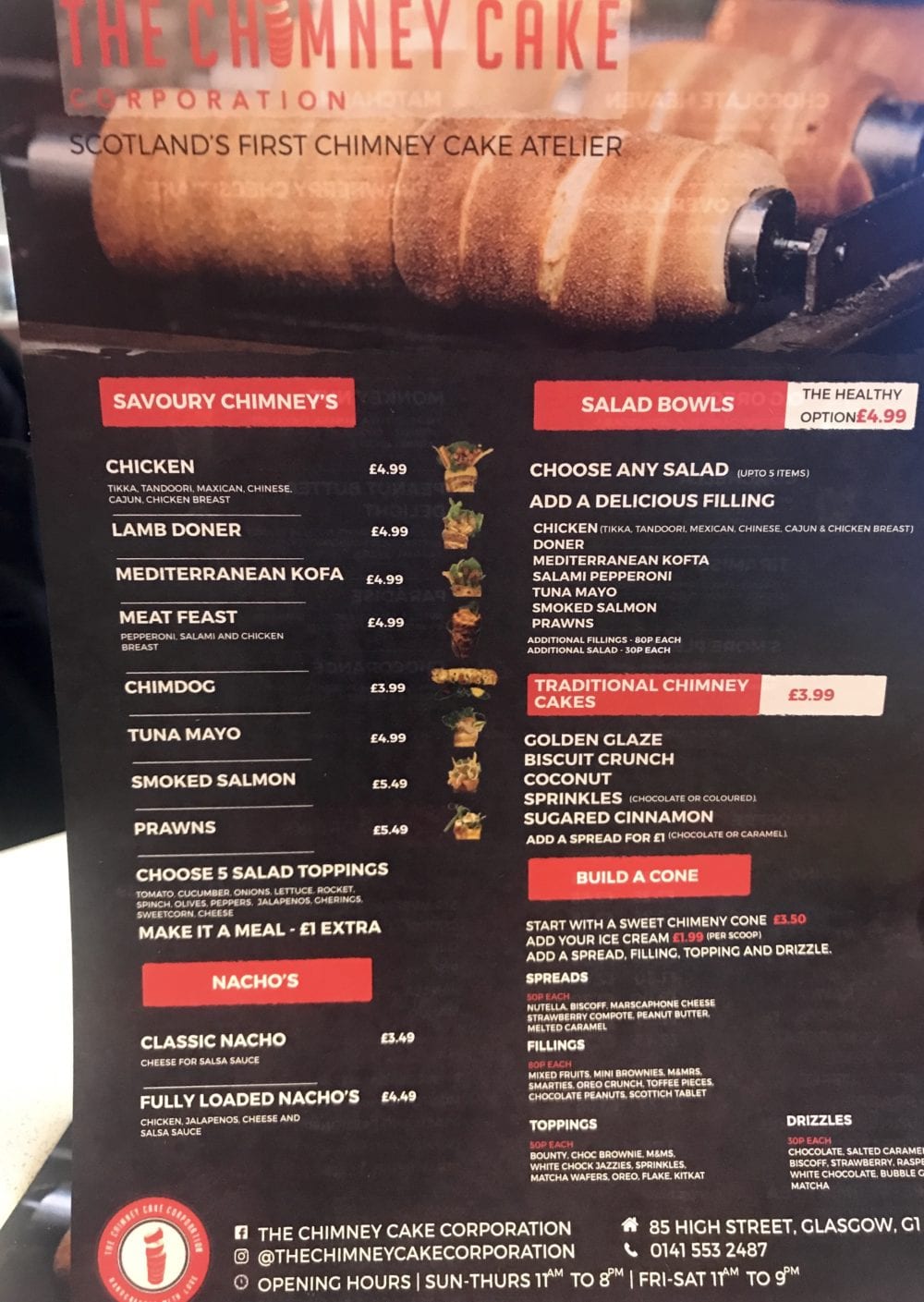 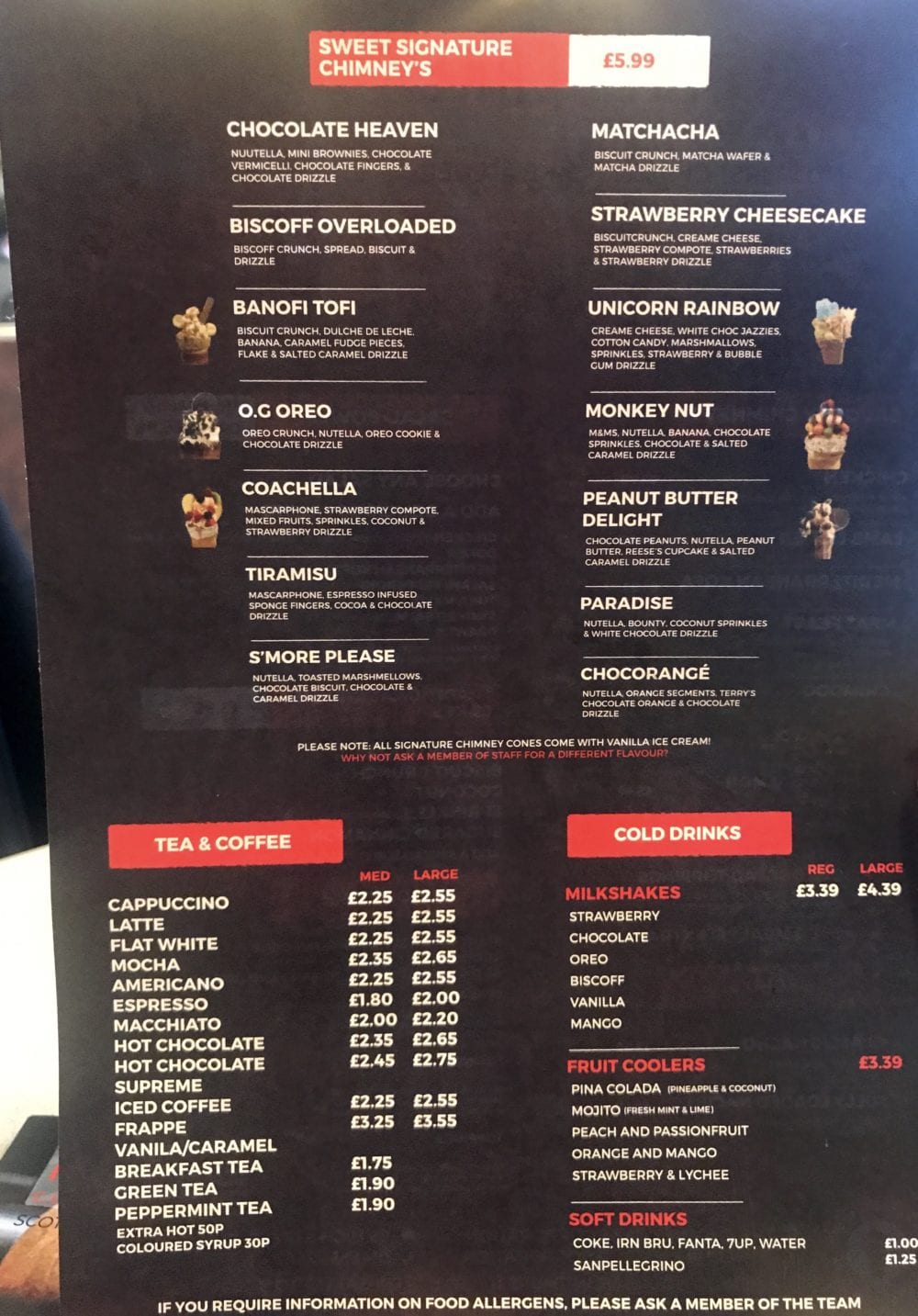 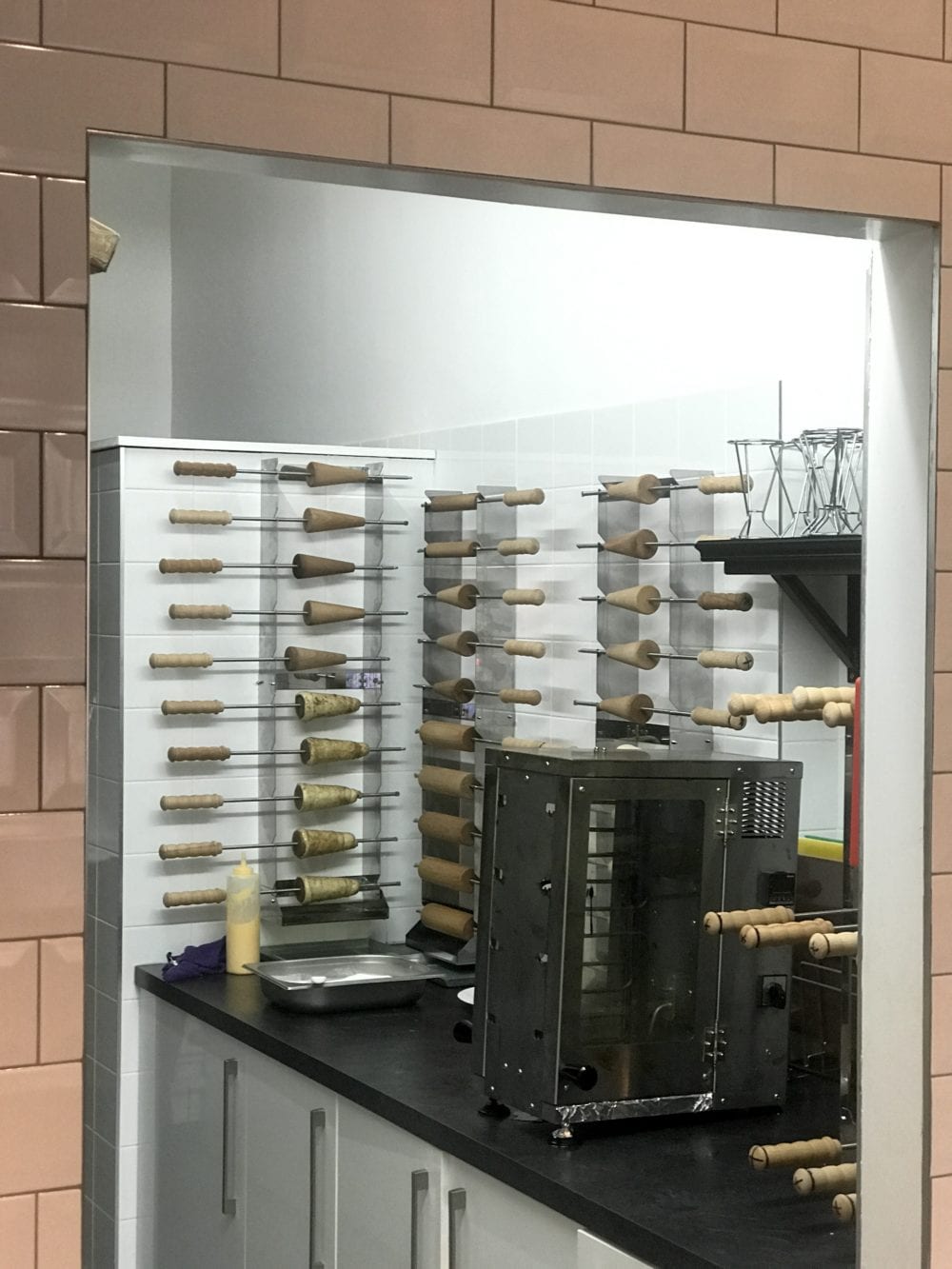 When we've had chimney cakes previously, they've had a sprinkling of cinnamon or at a push, a dollop of Nutella.  Here at The Chimney Corporation, there are both sweet and savoury chimneys with plenty of toppings for each.  We had just eaten a savoury lunch so sweet it was, plus the Christmas special of Santa's Chimney had Mr Foodies name on it. 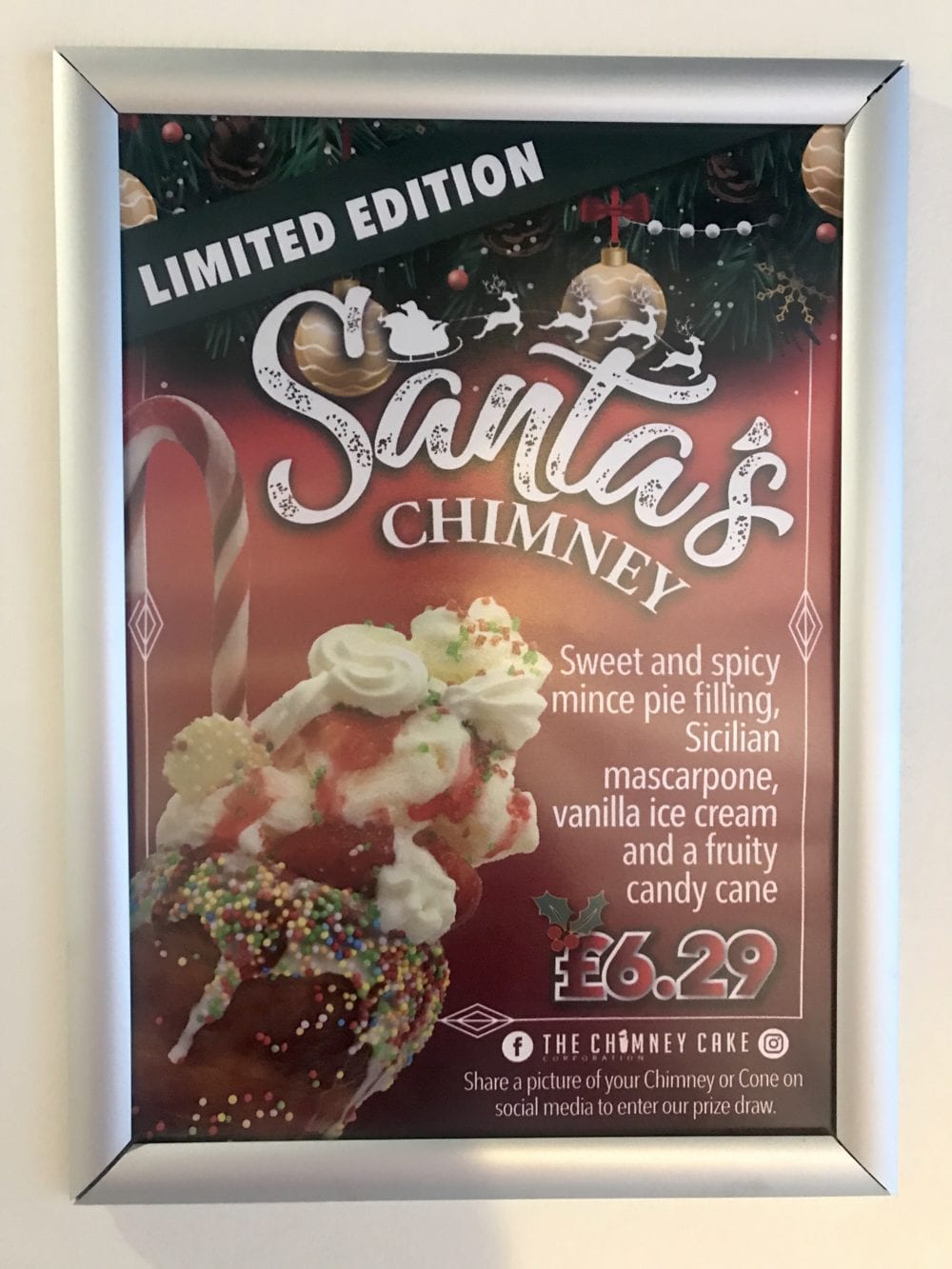 Even with a stinker of a cold, Mr Foodie was in there.  Included in this wonder is ice cream with a (fruity not minty) candy cane, sliced strawberry, milk chocolate Jazzies and sweet mincemeat at the bottom. 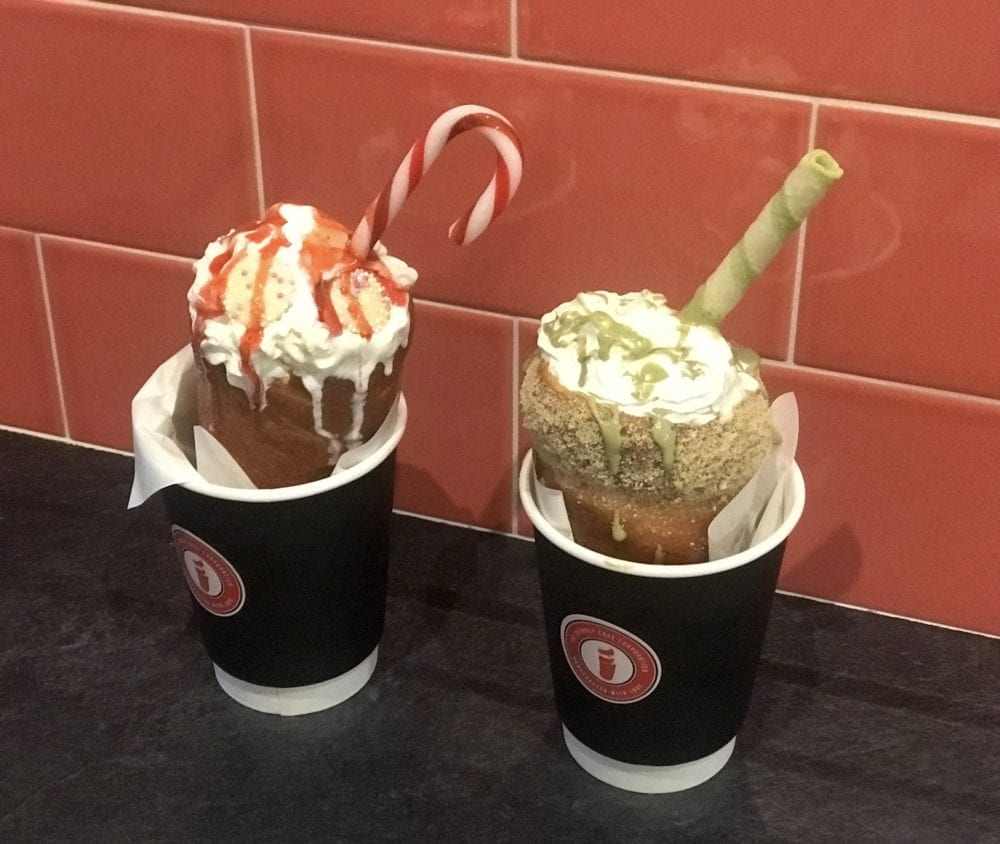 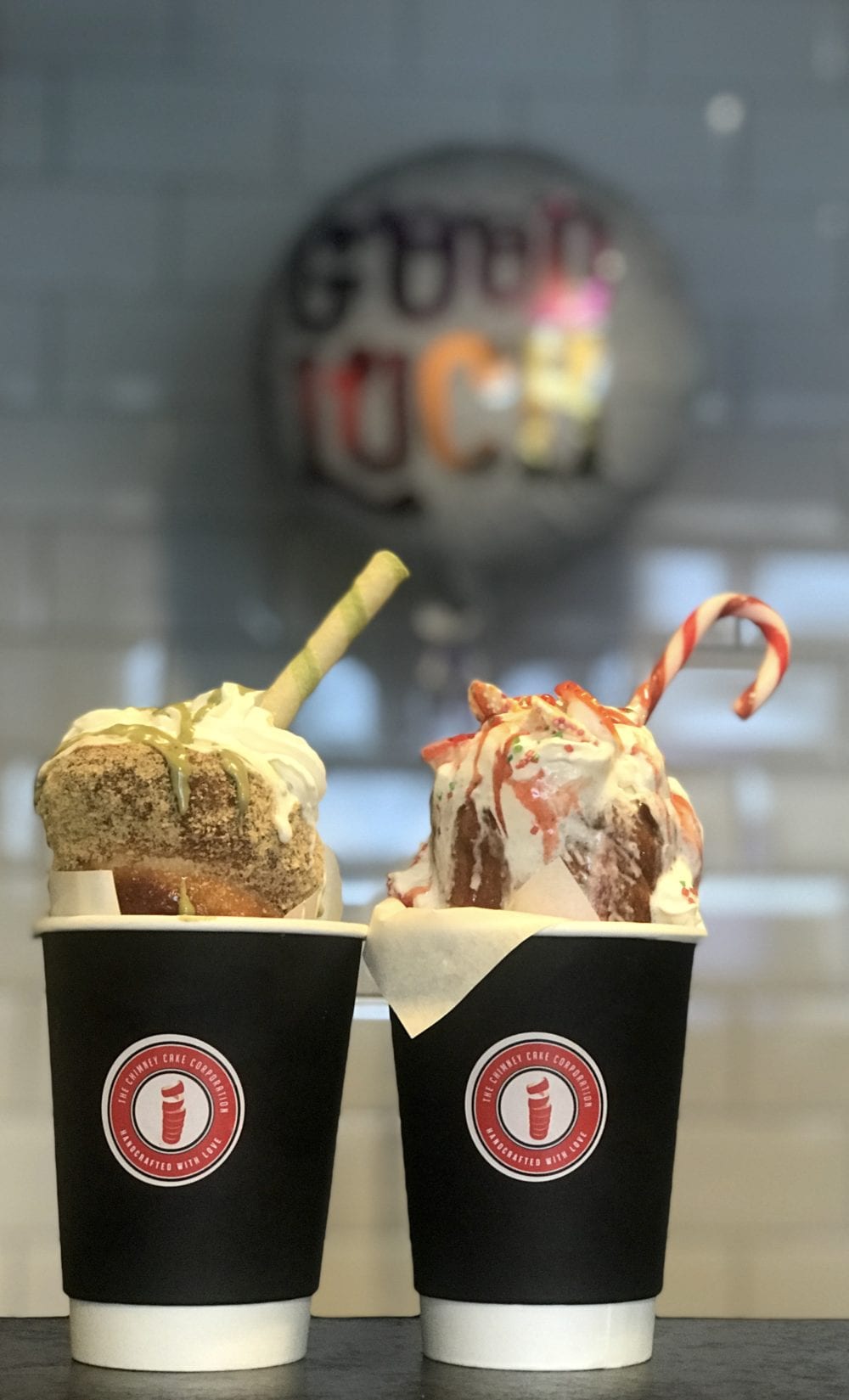 Being quiet whilst eating is generally a sign that something is good, silence here.....chewy chimney cake with creamy ice cream, how could you not be happy?  Do you know that happy feeling with loaded dirty fries? That's the same dribbly happy feeling unravelling the cake dough here. 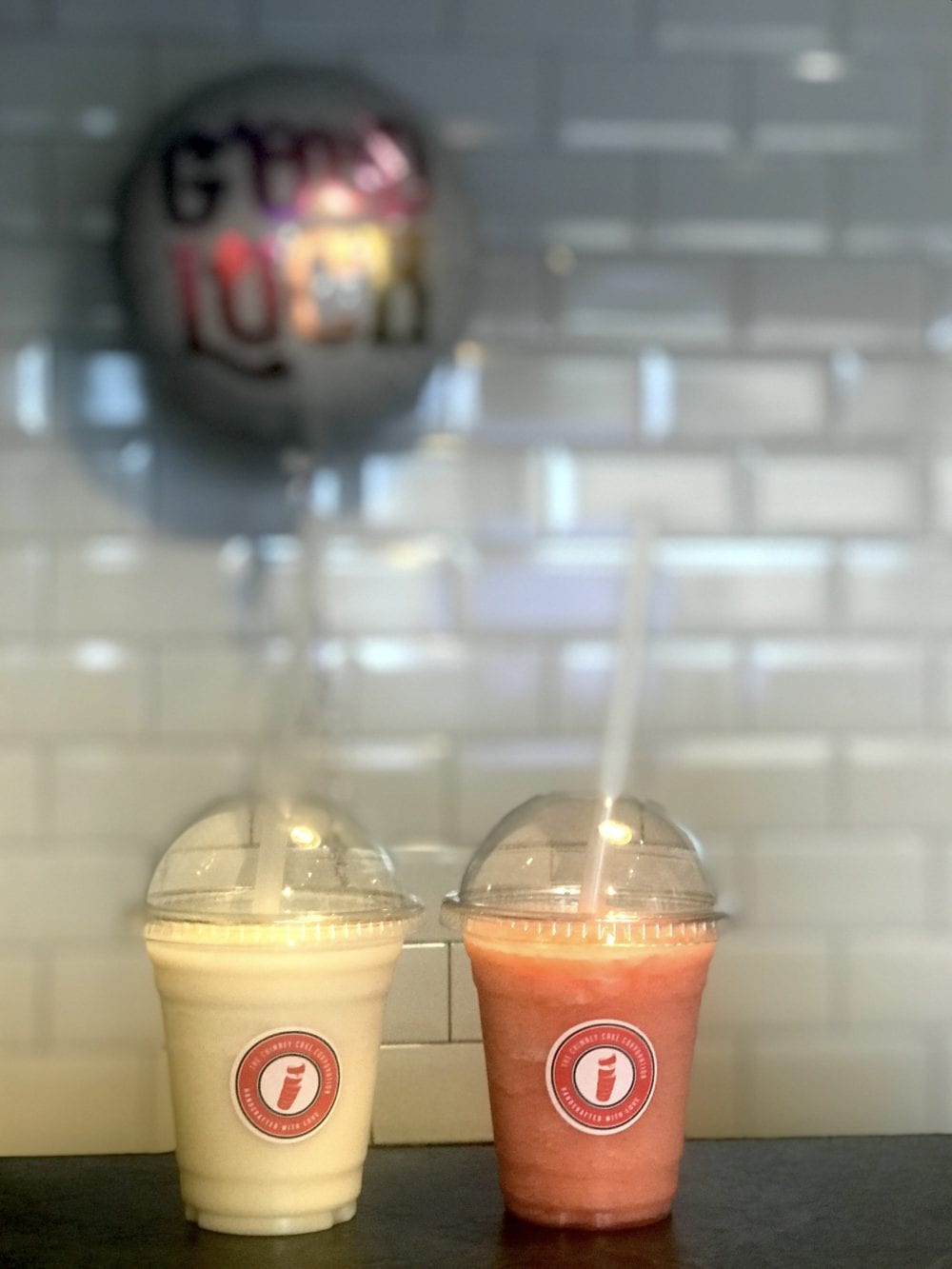 Although it's maybe not the weather for it, we also tried two of the fruit coolers. Strawberry and Lychee and a Pina Colada both £3.39.  Well, we needed some vitamin C to keep the cold at bay.  The pina colada was indeed just like a pina colada, just a wee dash of rum in there and it would be just like being on a beach, well maybe not - this is Glasgow.
If you are visiting and share your chimney cake photo on Facebook or Instagram tag The Chimney Cake Corporation for a chance to win your choice of chimney and coffee!

Thumbs up from both of us. It was just like being back in Romania but with added luxurious fillings.  There's a wide variety of combinations on offer, both sweet and savoury.  We'll be back to try a savoury one next time.

Level entry.  One toilet which is a bit cramped.

Disclaimer: We received complimentary Chimney cakes and drinks but Fred sez paws up it is very tasty and it's always good to see something new and different in Glasgow!