Getting our feed in (actually) Sunny Govan

We eventually made it to Big Feed in Glasgow. The sun was out so we wandered from Shawlands to Govan (have you seen some of the houses in Dumbreck and Maxwell Park?!) to get some exercise, sun and scran.

The address is 249 Govan Road, but the entrance is the next block along, so don't panic! 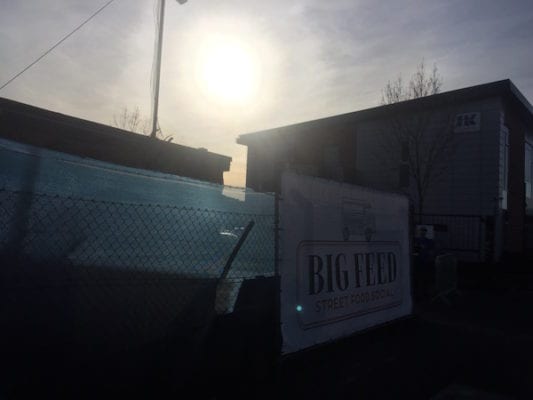 If you've been to the street food markets in Berlin or London, you'll know what to expect. String lights, pallets and a relaxed atmosphere. 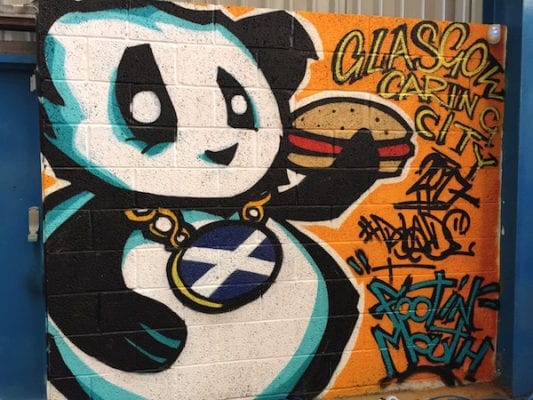 After walking a few miles we were both needing a beer, thankfully Out of town brewing were nearby! 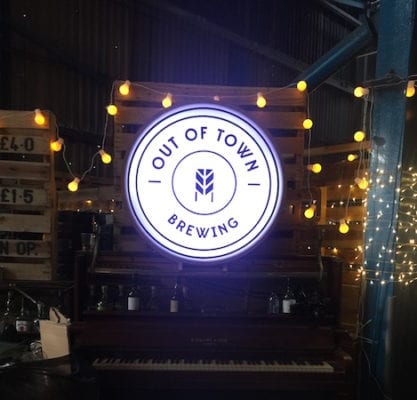 Refreshing beer and purely for research, we ordered halves of all four beers available on tap: Keller Steam, Glasgow Porter, India Pale Ale and Operation #001 (£2 = £2.25 each). 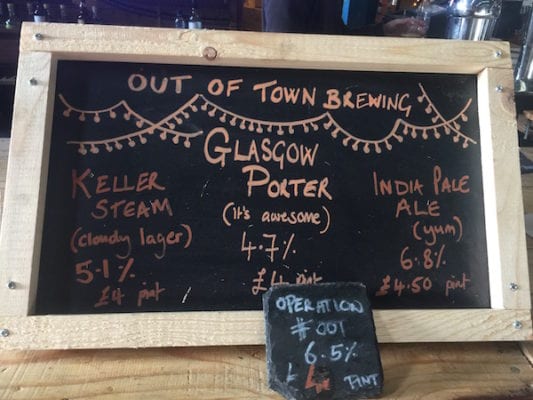 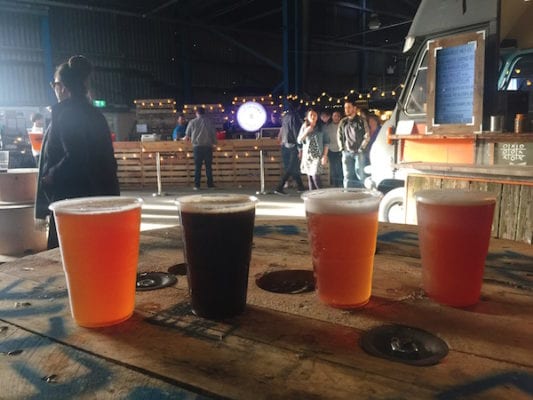 Mr Foodie spied the Haggisman van.  But it's not all haggis, the Radge pie n chips (£6) caught his eye, purely for the name! 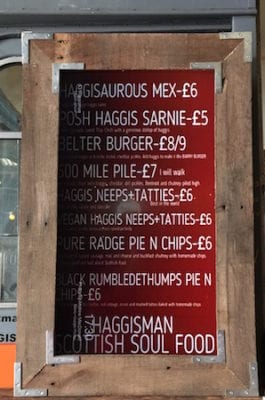 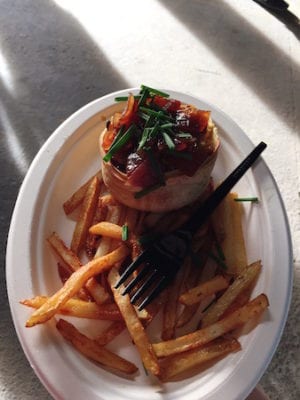 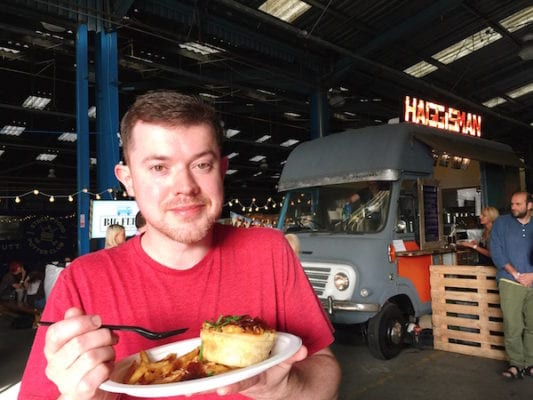 Mr Foodie with his Do you have to take a photo face.

The radge pie n chips was a Scotch pie casing filled with lorne sausage, mac and cheese and topped with Buckfast chutney (obviously!).

I'm not the biggest haggis (or buckfast!) fan so I went off in search of something else. I was in the mood for a hawt dawg, and Fire Dog stood out. 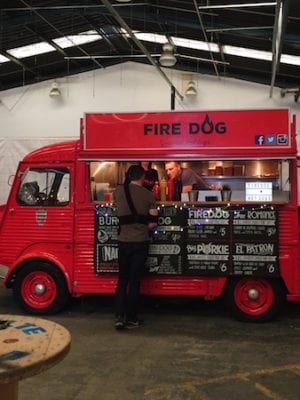 Myself and Mr C picked a couple of dogs, naked with just mustard and ketchup for me and the Big Porkie for Mr C. Both really big and filling.  In between the mmms we agreed that these were tasty hot dogs, the sausage with just the right about of smokiness but without that plastic fakey-ness. 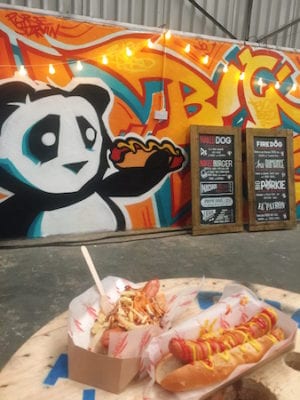 Now suitably covered in mustard and ketchup, we had a further wander around.  We actually didn't arrive until 5 pm, it was Mother's Day after all so we all had to excuse ourselves to get away, however, there was still a good amount of food when we arrived (it was on until 7pm).  So sun, tasty grub and some Stevie Wonder in the background...in case you're wondering, it was a sunny day but all the vendors are inside though you could nip outside whenever you wanted for some sun. 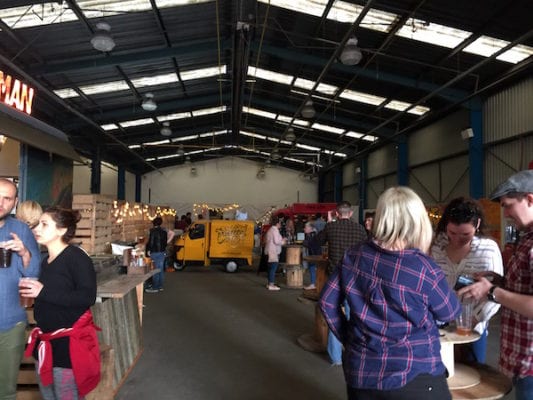 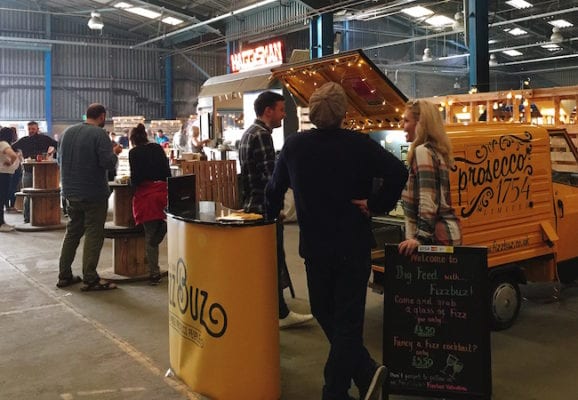 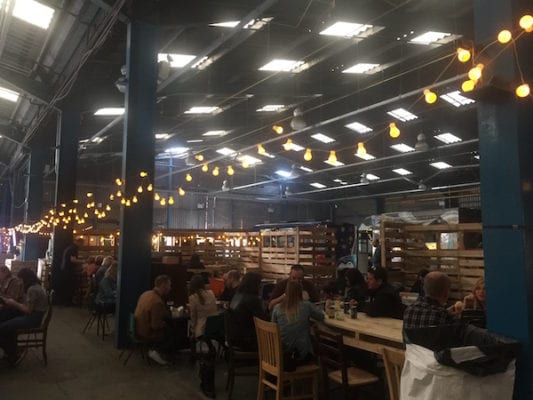 There's seating with games for both kids and adults to play indoors, but more seating would have been appreciated as we had to stand for a bit, even though it was late on and quieter when we were there.

Mr Foodie still had the munchies, so off he went to The Buffalo Food Truck, from Edinburgh, for some fried chicken. 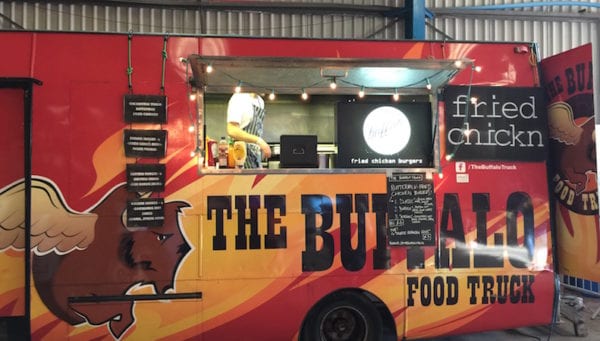 The Korean chicken burger was pretty finger-lickin' good and a side of truffle parmesan chips was also ordered. 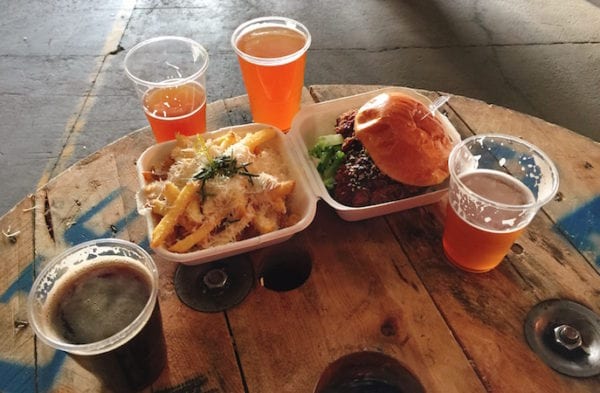 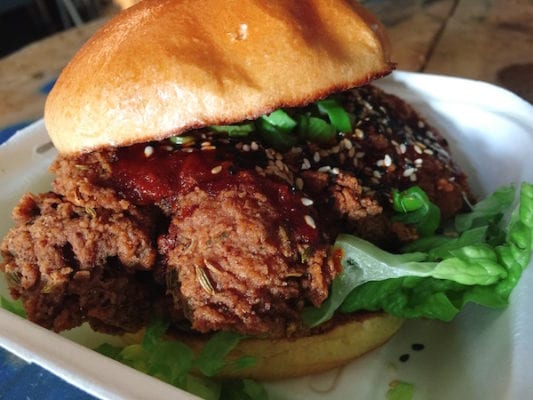 Myself and Mr C were still full but chips, especially someone else's, are there to be pinched aren't they? So we helped ourselves!

For pudding, Thorntonhall Ice Cream were in attendance. They make delicious ice-cream and I've not had any for far too long.  I picked the scone and jam flavour and very tasty it was. Crumbled scone and blobs of jam throughout the creamy ice-cream. 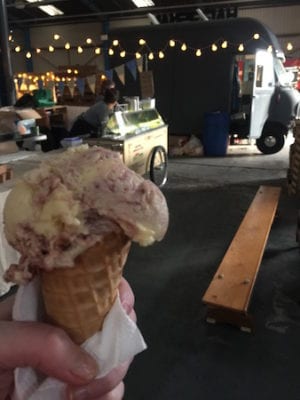 Mr Foodie didn't have room for dessert but still took three cakes for the road from the travelling Tearoom with chocolate orange being the best, followed closely by lemon and poppy seed. These all had to be washed down by Charlie Mills Coffee, our last stop before wandering up the road. 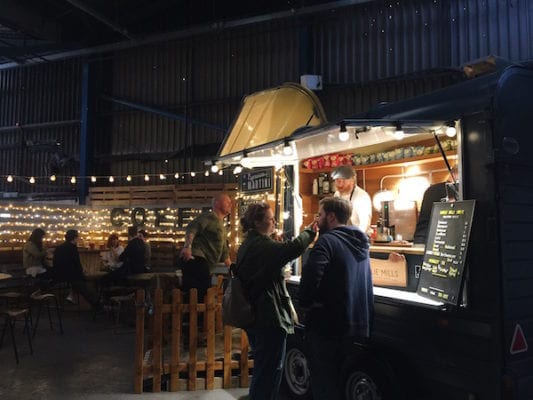 We really enjoyed our visit to Big Feed, it was great to see Glasgow starting to find its feet with proper street food events.  There's some snaggles but it's growing and getting there.

Located inside a warehouse at 249 Govan Road, near Festival Park/the Science Centre etc. it's run by Glasgow the Caring City – a charity which supports children and young people in crisis at home and overseas in a number of ways, including providing skills to help them gain employment.

Big Feed utilised Glasgow the Caring City apprentices to prepare for the event and build on their skills. Big Feed uses their venue and donates a share of the proceeds so you get to taste good food and help a local charity. 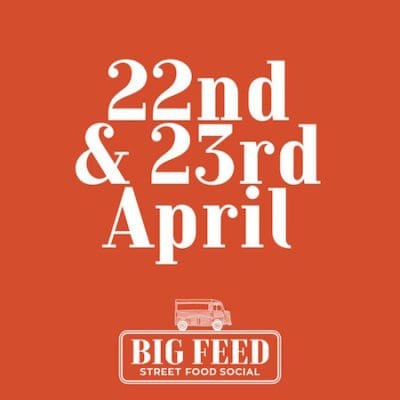 There is a £1 entry fee on the door (proceeds to Glasgow the Caring City) but free entry for kids under 10 years old.