The Vampire Rabbit of Newcastle is a mysterious addition to the city.  Perched above an ornate rear door in an alleyway, you need to know that it’s there. It’s not really something you stumbke across. However, It has been here for over a hundred years and even has its own Facebook page.

What is the meaning of this rabbit? 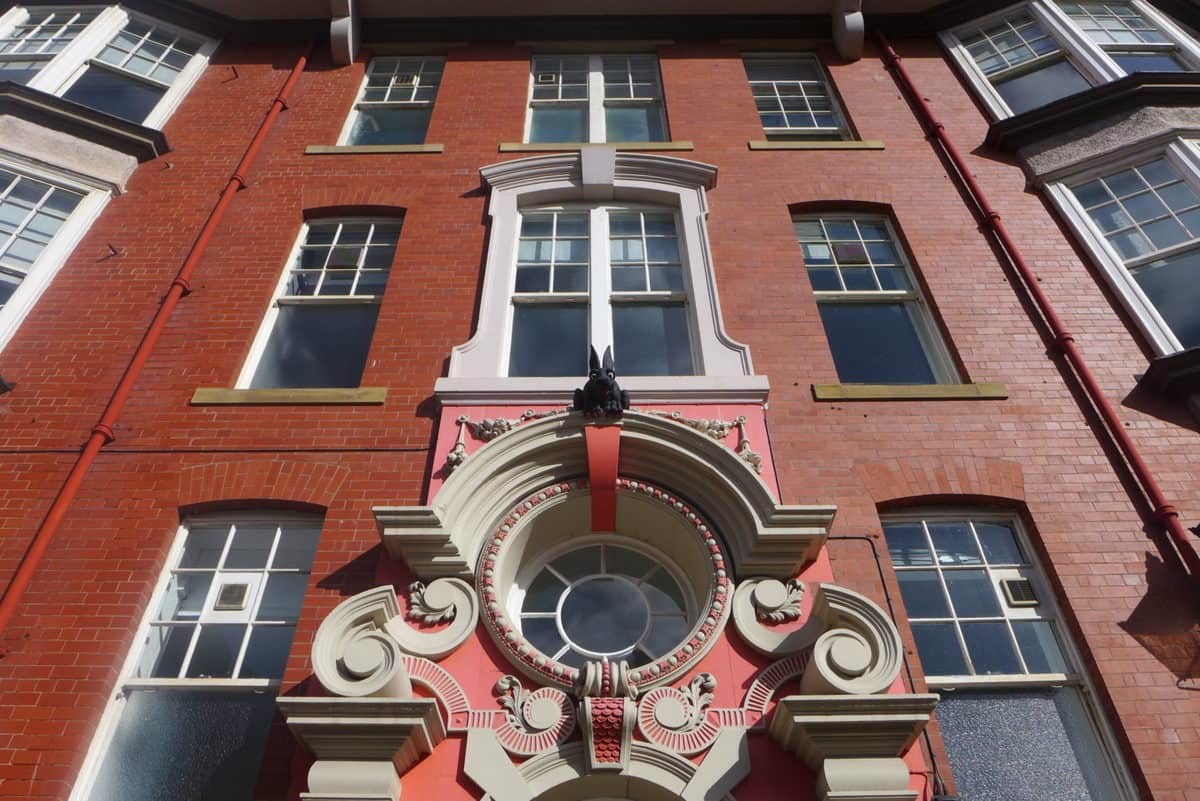 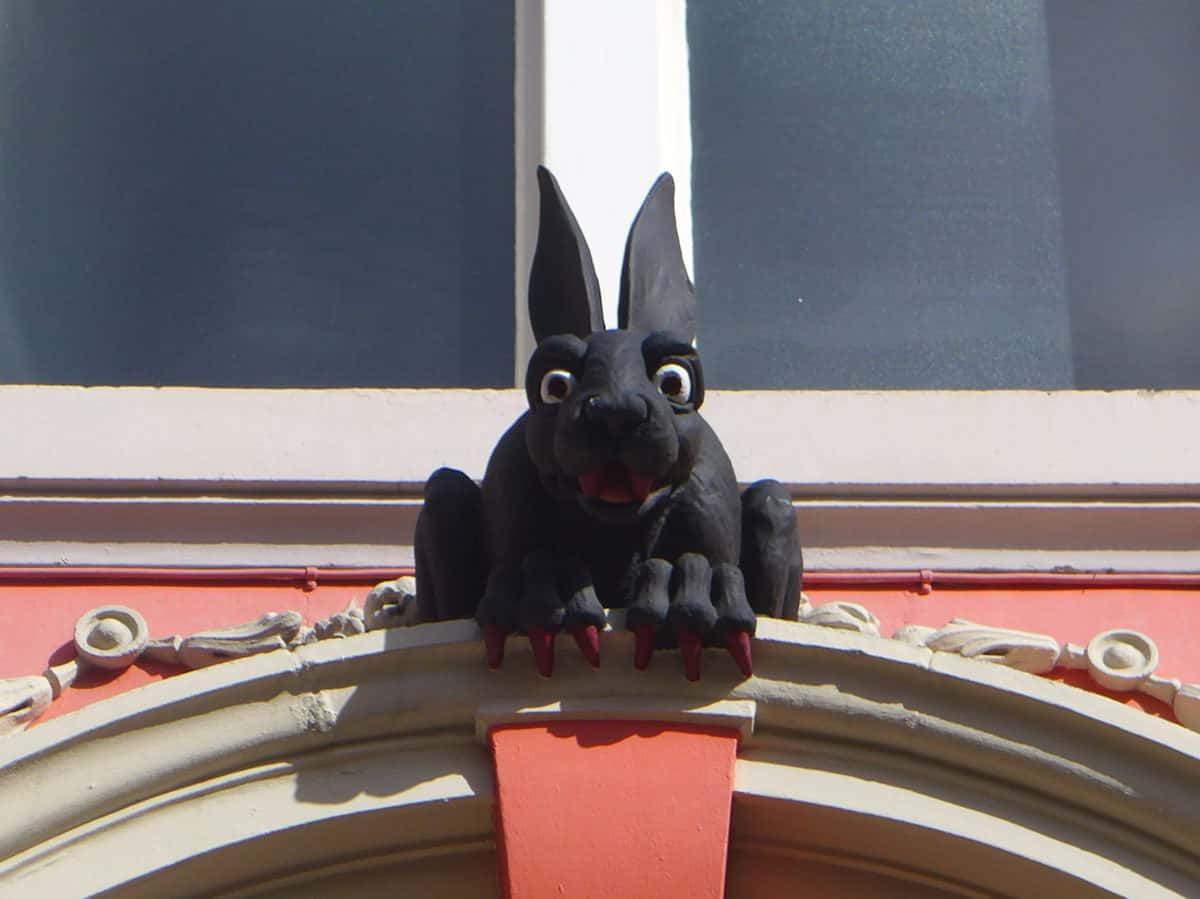 We’ve no idea! It has been said that the rabbit is opposite what was once the graveyard for the Cathedral and used to scare off grave robbers. Another theory is that the rabbit is actually a hare and was added to the building as a homage to Sir George Hare Phipson a friend of the cathedral’s architect. 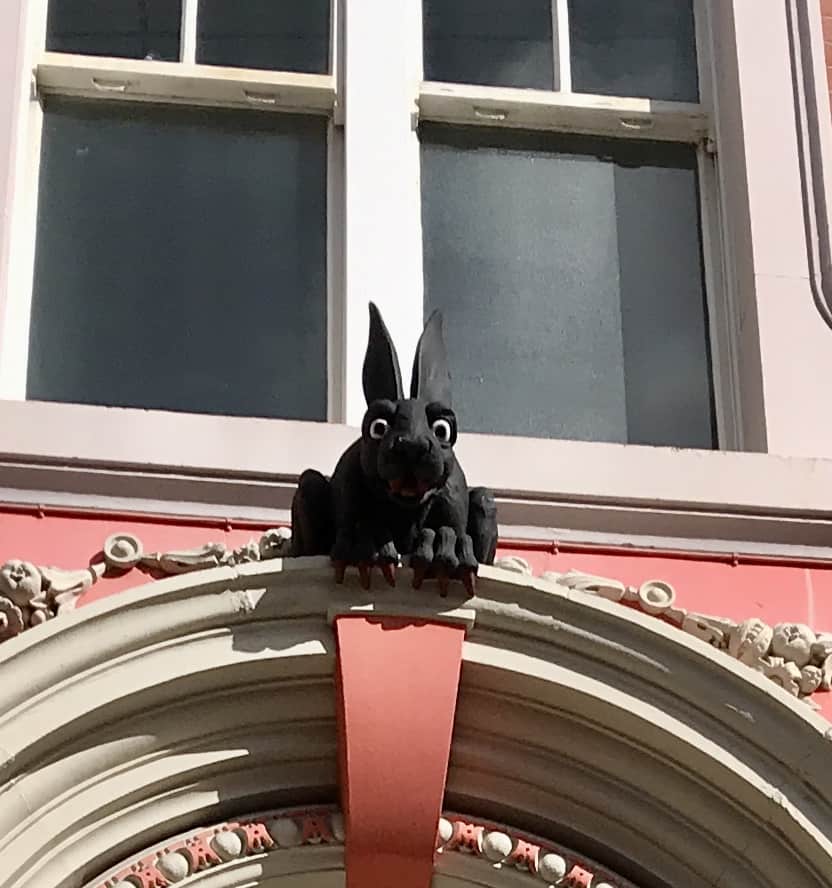 The real story seems to have disappeared over the mists of time.  What we do know is that the rabbit/hare was originally the same sandy colour of the surrounding stonework.  The more scary paintwork coming in recent times. 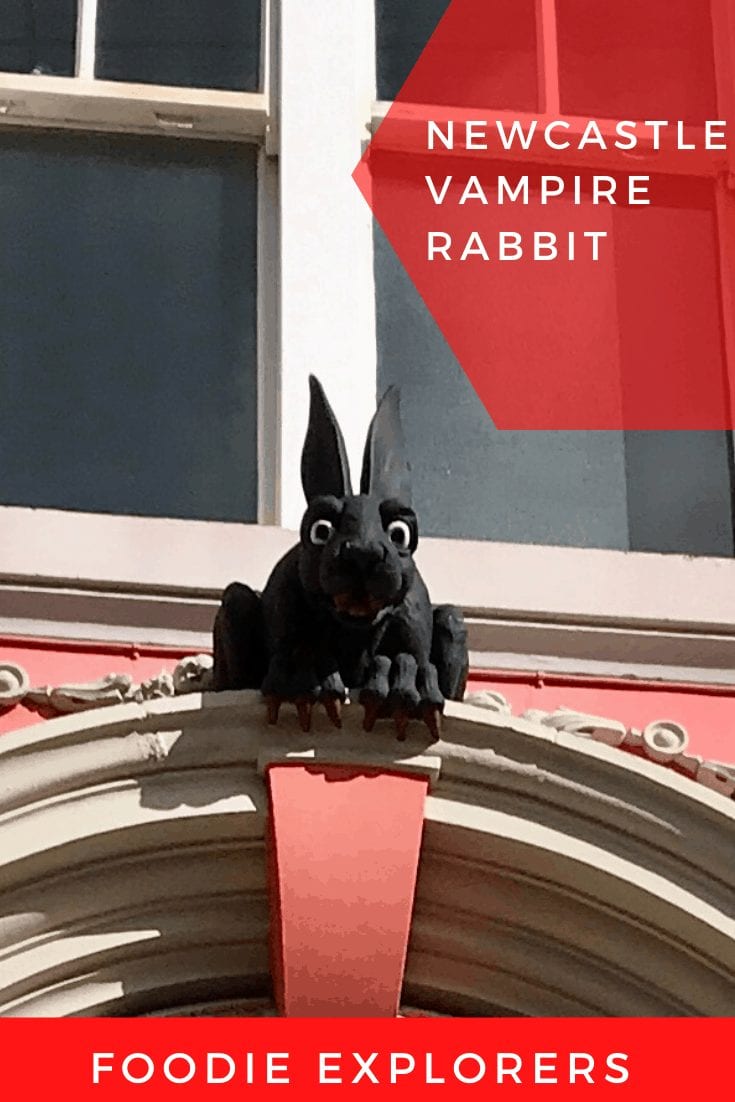 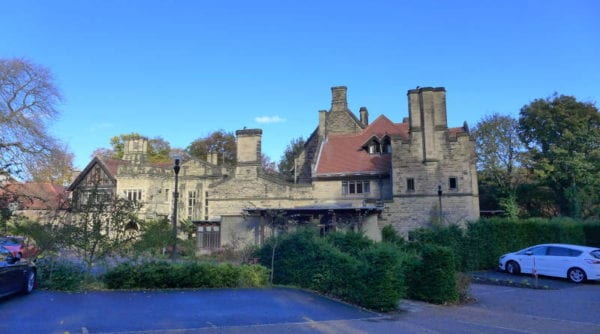