Travelling back from London on a train at dinner time often means eating a sandwich that you don't really want or a takeaway that annoys the rest of the carriage!  I wanted something hot and a proper covered seating area (it was raining) so with just enough time for a sit-down meal Ed's Diner was chosen.

I've eaten in a few Ed's diners before but not this one, which was heaving - seems like I wasn't the only one with the idea of hot food and a seat before my train home.  The menu has burgers, chicken, sandwiches and lots of desserts and shakes. 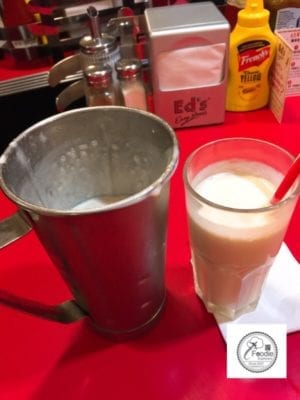 I think the banana had already boarded the train or was still in Guatemala, however the peanut butter taste was tops.

Cheesy fries, mac and cheese bites with jalapeño jelly and a cheeseburger were ordered. All arrived very quickly, although not at the hottest of temperatures, so much for my plans earlier! 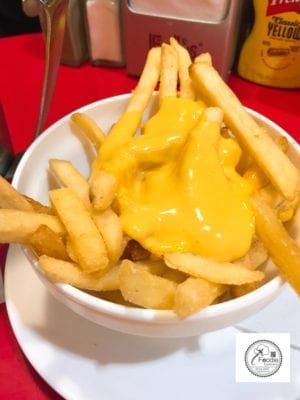 The cheesy fries were a good-sized portion so suitable for two, with a runny nacho cheese sauce, not overly cheesy but a bit too much for the thin chips to handle. 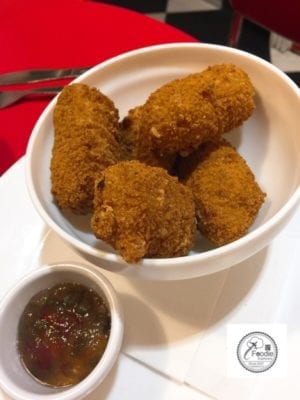 
Finally, the burger. I left half of it. If you know me, you'll know I like my grub. But this, it was a waste of calories. Tasteless again. A greasy burger with poor seasoning, what a disappointment. Bah! 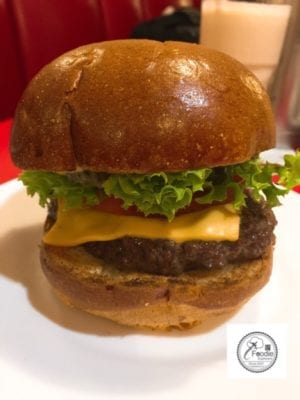 I first visited Ed's in London around 2000 and loved their shakes, they are still good, but give the rest a miss.


Another couple of minus points for having to discover the toilets are in the staff-only locker room and the jolt and grimacing every time someone dumps crockery onto the cleaning tubs!