What to see and do in 24 hours in (East) Berlin

Could you get the essence of Berlin in 24 hours? It's a tough call but we think you can do it!

To us, Berlin is the heart of Europe.  A cultural star, where east met west and two different ideologies played out with only a wall between them. Witness to some of the most traumatic pieces of world history it's been destroyed and rebuilt, many lives were lost and many books were burned. Always decadent and different to the rest of Germany, it's still one of the world's coolest cities. A place with many faces and many neighbourhoods, all with their own identity, and today a melting pot of different cultures.
We hope that this 24 hour dip into Berlin will inspire you to visit.

The easiest way we have found is to get a travel card, either a Berlin Welcome Card which also gives discounts on attractions, or you can check with BVG, the Berlin transport group for up to date deals.

Make your way to Warschauer Strasse station and walk down to the riverside for some early morning photos of the remaining sections of the Berlin wall that have now been turned into an art gallery (East Side Gallery (Berlin) FREE!). Then walk from here to Cafe Sibylle (20-25 min walk).

Berlinners are a relaxed bunch, they love to get out and linger over some food and a good strong coffee.

So visit Cafe Sibylle (Café Sibylle) which opens at 10am and is located in the centre of some impressive communist block housing. As well as some stunning tasty food, there's also a museum inside showing what it was like to live in East Berlin.

Hop on a U5 train from U Weberwiese (U Weberwiese (Berlin)) four stops to U Magdalenenstr. (U Magdalenenstr. (Berlin)). From here it's a 10 min walk to the Stasi Museum (Stasi-Museum). This building was the head office of the Ministry for State Security (MfS) which monitored the citizens of East Germany - inside you will find the old office of Erich Mielke, the last GDR Minister for State Security. The complex is huge, however the main building is easy to find. Please watch 'The Lives of Others' (German title: Das Leben der Anderen) if you haven't already (Barbara is good too). 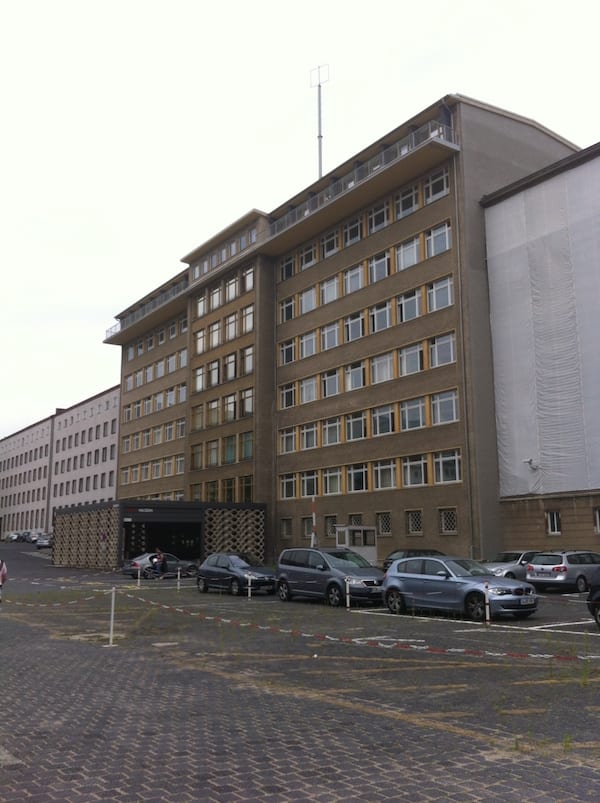 Walk 15 minutes to Frankfurter Allee and travel on the S-Bahn, you have a choice of trains: the S42 anti-clockwise circle line, the S8 or S9 to Schonhauser Allee (Schönhauser Allee Station) either change here one stop to Eberswelder Str Station (U Eberswalder Straße) or simply wander down the road (10-15 mins) and under the S-Bahn raised rails you'll find Konnopke's Imbiss serving cheap and tasty currywurst. If you're REALLY hungry, The Bird (The Bird) is even closer though not as historic.

If the weather is nice wander into Prater Biergarden (Prater Garten) for a beer. Then around the corner you'll find the place selling the best coffee that Mr Foodie has ever tasted!

At Bonanza (Bonanza Coffee Roasters) the roast is potently strong but without the bitterness, which will certainly give you a boost if you're flagging! Then walk past Mauerpark (Mauerpark) along Bernaustrasse following the route of the Berlin wall.

There are still sections of the wall standing here, a photo gallery with pictures through the years and a visitor centre with a look out platform (for an unobscured view of the omnipresent TV tower). 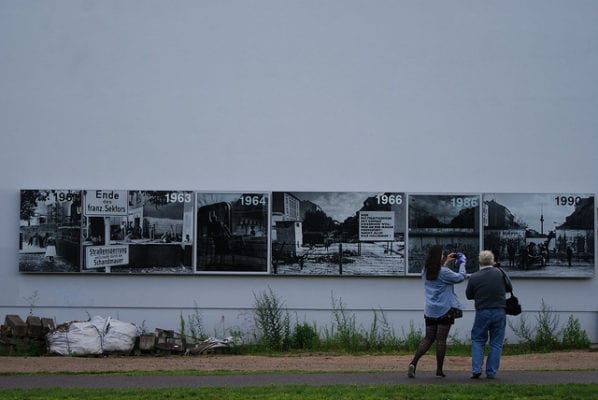 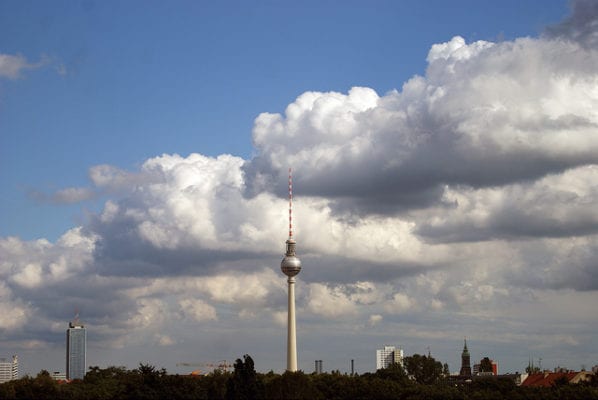 It takes 25 minutes to walk straight to Nordbahnhof Berlin Nordbahnhof, allow some extra time for photos, then get on a south-bound S1, S2 or S25 train for 2 stops, alighting at Friedrichstr Friedrichstrasse to visit the Tränenpalast (Palace of Tears) Tränenpalast 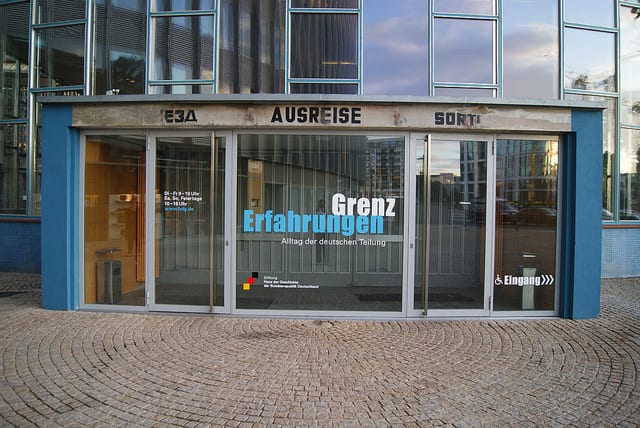 The Palace of Tears was the border crossing point between east and west Germany, where many said goodbye to loved ones heading west. It's now a museum and entry is free (closes at 7pm).

Enough with all the sad history! Head across the river for a bar that's a bit different  Die Berliner Republik Die Berliner Republika stock exchange bar with fluctuating beer prices - basically all the popular beers go up in price while the less popular become cheaper. The rates update every 15 minutes or so. 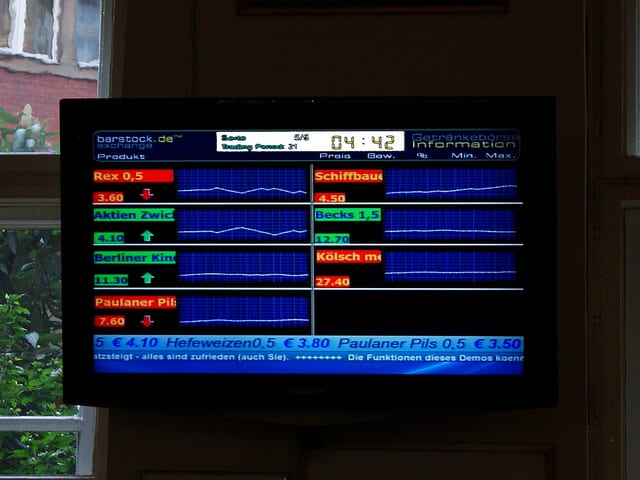 Head back to FriedrichStr station (Friedrichstrasseand get on a S5, S7 or S75 train one stop south to Brandenburger Tor (Brandenburg Gate) Brandenburg Gate for some photos, watch the street entertainers and maybe get a portrait drawn! 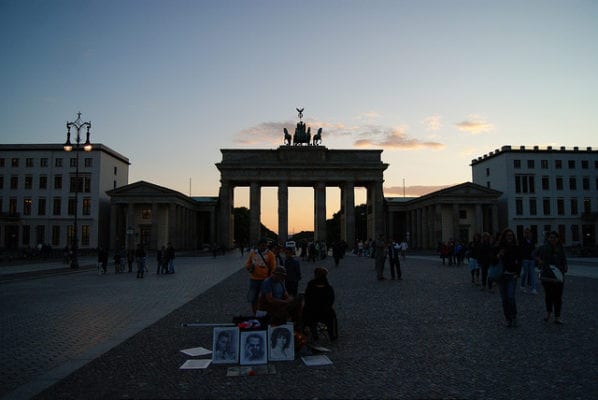 First head south to the Memorial to the Murdered Jews of Europe Holocaust Memorial for some photos of the maze-like structures. There is a museum underneath which closes at 8pm. 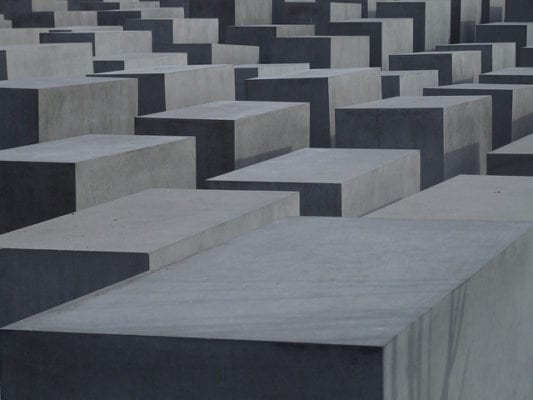 Then head north to the Bundestag (German Parliament), book a place before you go, it's free with an audio guide included. You get access to a roof terrace and a Norman Foster designed dome. It's open till midnight but last entry is at 10pm. Bundestag 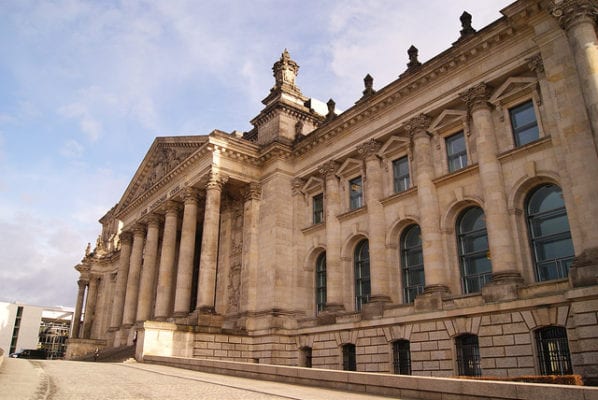 Jump onto the number 100 bus from the side of the Bundestag and head to Alexanderplatz  to take some pictures of the iconic TV Tower (TV Tower) then travel up to the top for the best view of Berlin. It's a very flat city so you can see for miles from up here!  There's a bar and restaurant so take your time, have a beer, a bite to eat and take some night shots of the city below.  It's worth the 13€ admission fee as long as you aren't scared of heights and it's open till midnight all year round (book in advance for a speedier entry). If you actually are scared of heights then spend the time in any of the pubs in Nikolaiviertel (beside the Spree river) instead. 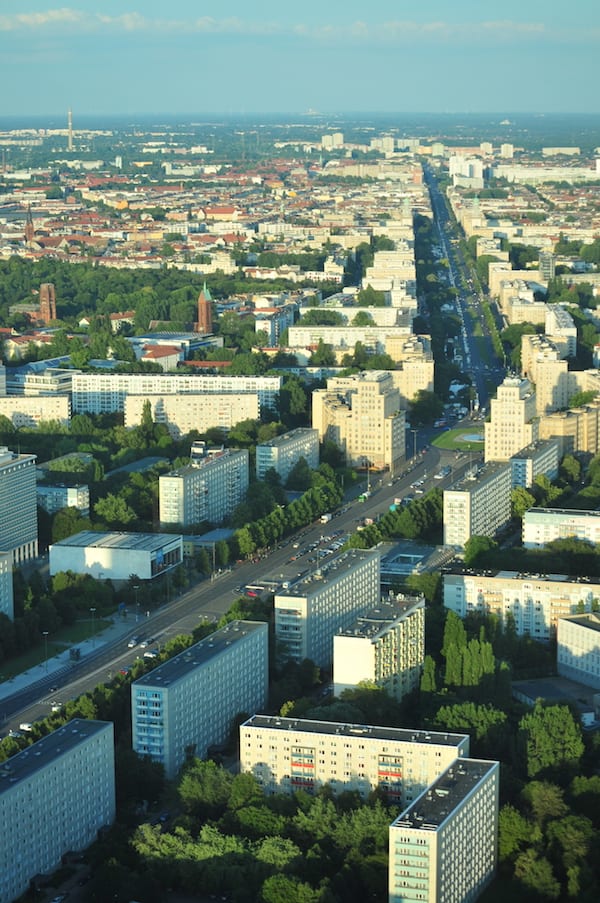 If you still have time to spare then there's a brewpub nearby at Brauhaus Lemke (Brauhaus Lemke) next to Alexanderplatz Railway Station (Berlin Alexanderplatz Bahnhof ) Not only is it a great spot for trainspotters (how many trains pass by?!) but also serves delicious beer flights (4 beers at a time) in a quirky building. It closes at midnight.

If, after all that, you still have energy and really want to stay out all night then head to Berghain (Berghain), widely regarded as one of the world's best nightclubs. It's a short walk from Ostbahnhof train station Ostbahnhof2 stops from Alexanderplatz on the S5, S7 or S75.

This is our preferred itinerary for 24 hours in Berlin, we prefer the east, however you could easily cover Checkpoint Charlie, The Topology of Terror, Holocaust memorial museum and the zoo in one day. In the east Berliner Unterwelten tours, the DDR museum are all recommended.

Further food and drink stops are Burgermeister for a burger served from an old pissoir!, Shiso Burger, Berlin Street Food Market and if you are thirsty, some breweries .