Home » Feast of Fife – where to eat, what to see and where to stay – Day One

Feast of Fife - Day one of our adventure

It was an early start for a trip to Fife on a foodie feast with some fellow bloggers. 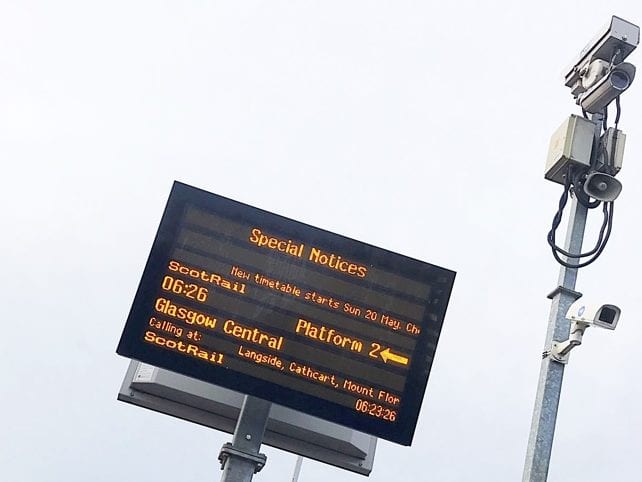 See I said early! The first train of the day from our railway station!  I didn’t mind, as it’s a trip away and the day's weather looked promising. 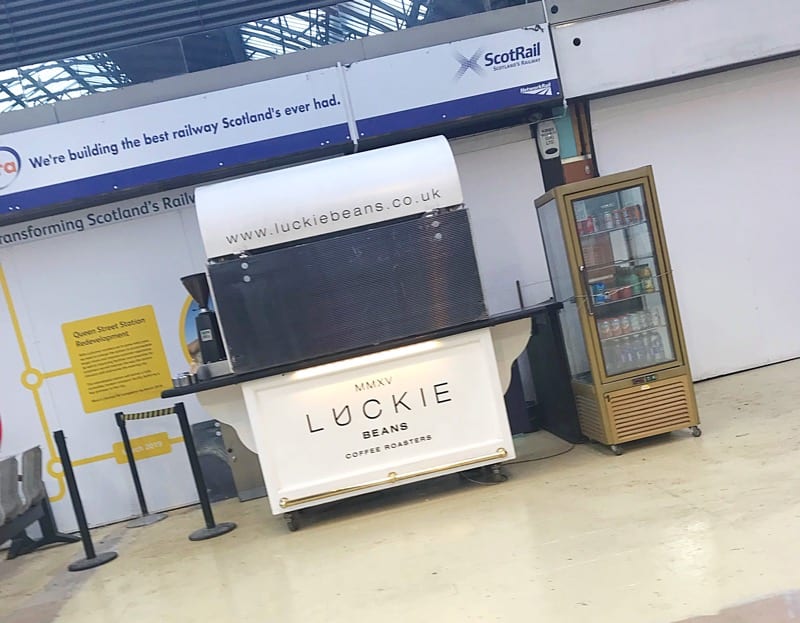 It was that early that Luckie Beans at Queen Street station hadn’t even opened, so a chai steamer from AMT acted as breakfast.  No sleep for me on the train either as I bumped into a friend and caught up with what is happening in her life and what her latest beauty tips are! A change at Haymarket and then onto Leuchars to be picked up.

The first stop (did my reputation precede me?) was... 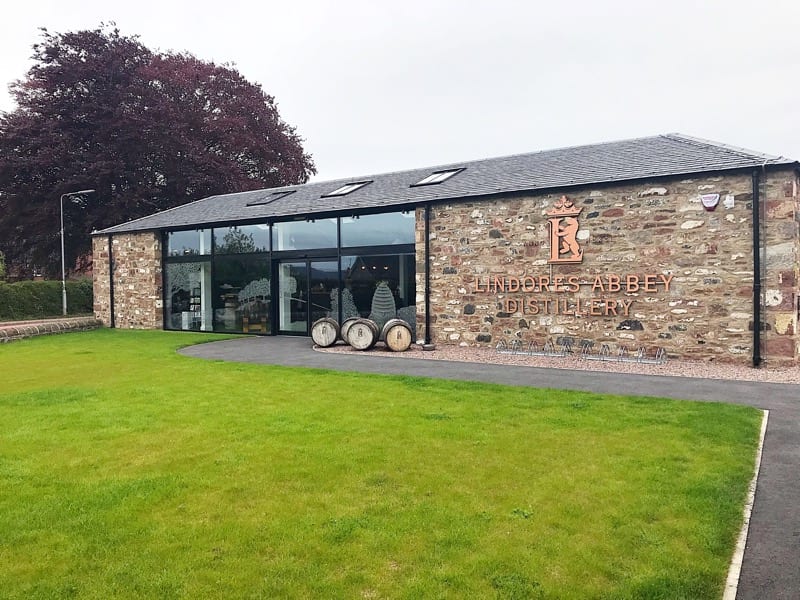 The distillery is a beautifully designed building.  As well as a shop and a cafe there is a free visitor centre with information about the abbey, Aqua Vitae (more on that later) and other points of interest. 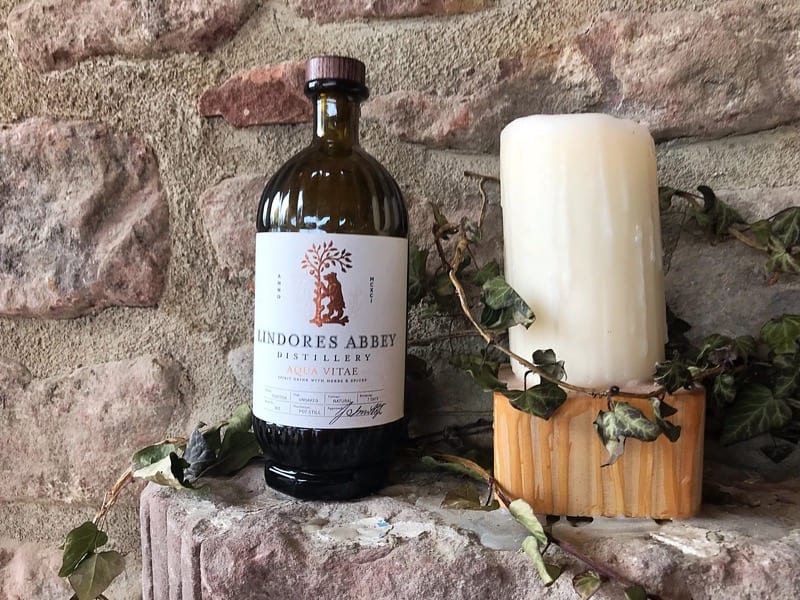 I really liked the apothecary look of the bottle.  Keeping in with that “purely medicinal” ethos.

We then got to meet with owner Drew Mackenzie-Smith for a personal tour of the whole distillery.

My favourite part was a visit to the Apothecary.  Here we could add our own flavours to make a personalised Aqua Vitae.  My Chemistry teacher would be proud but I’m still useless at measuring liquids! I decided on a blend of lavender and cardamom, both faves of mine.  It led to a drink with an...acquired taste!  Much fun was had blending though! 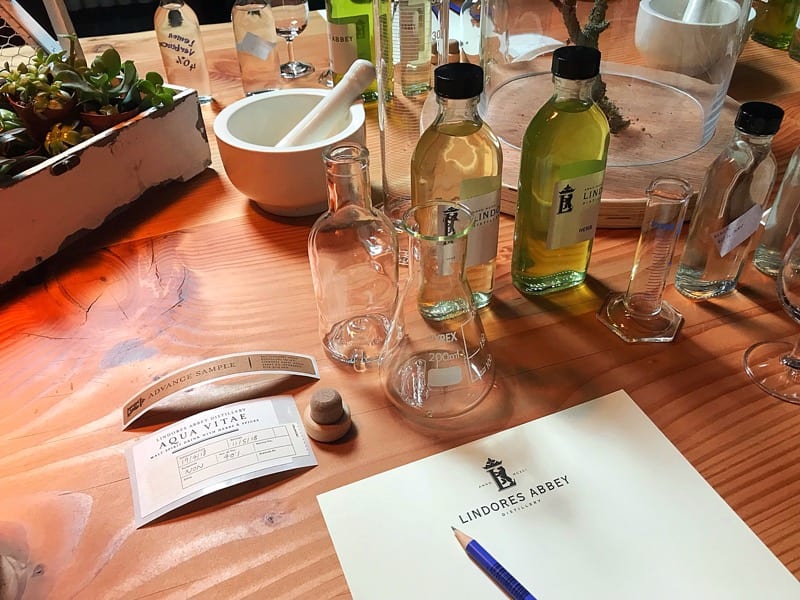 Lunch beckoned, so off we travelled to the Tay coast and The Newport Restaurant run by the Masterchef 2014 winner, chef Jamie Scott, whom I had actually met just a couple of weeks beforehand at the Paisley Food & Drink Festival! 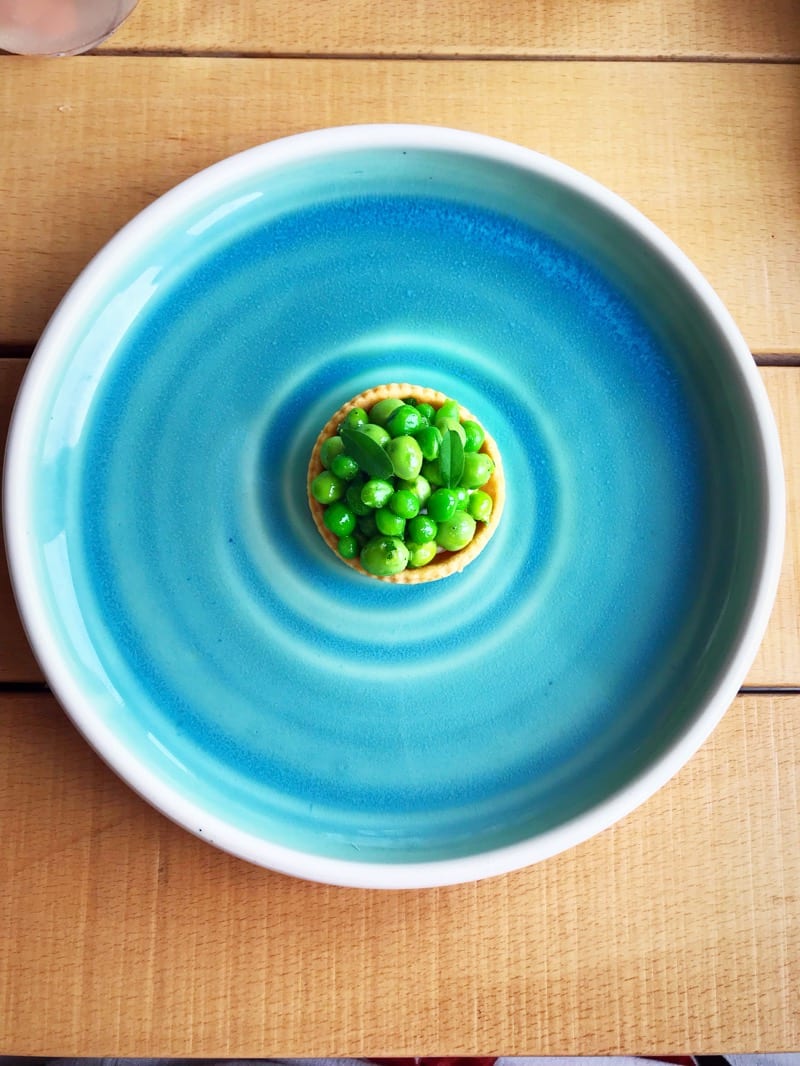 Special shout out to the smoked cream and pea tartlets and the asparagus with crab. 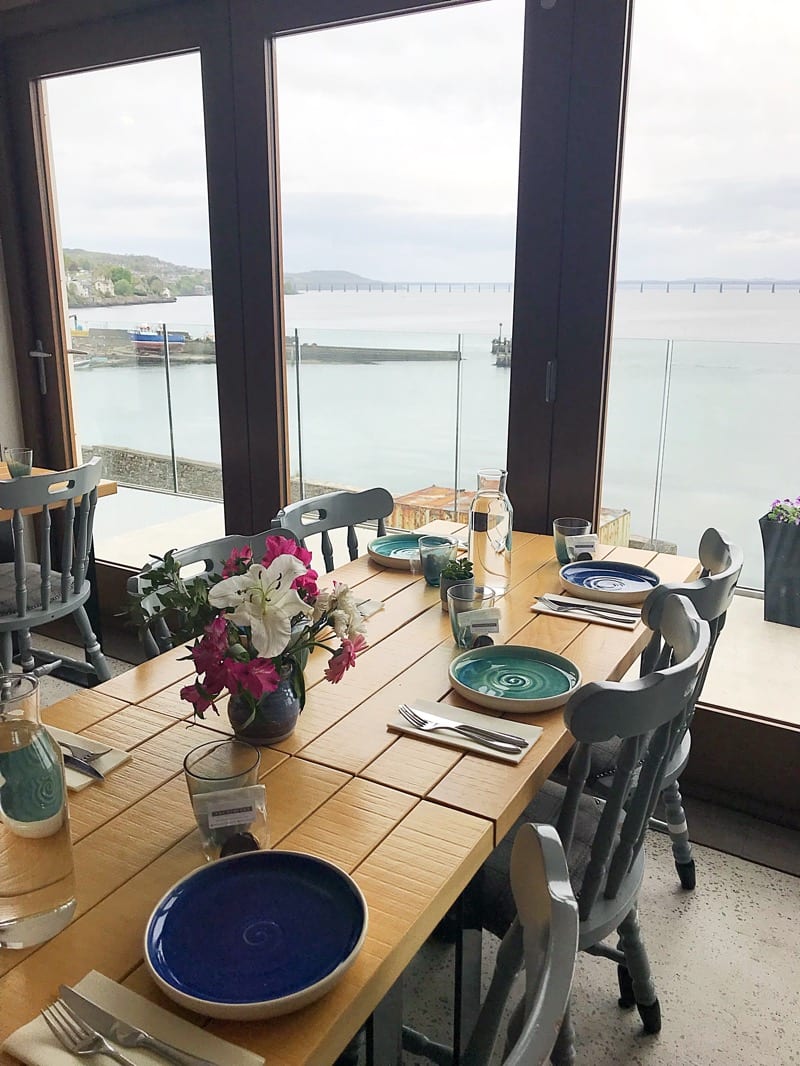 As well as the fresh, local food, the view also makes it worthy of a visit. 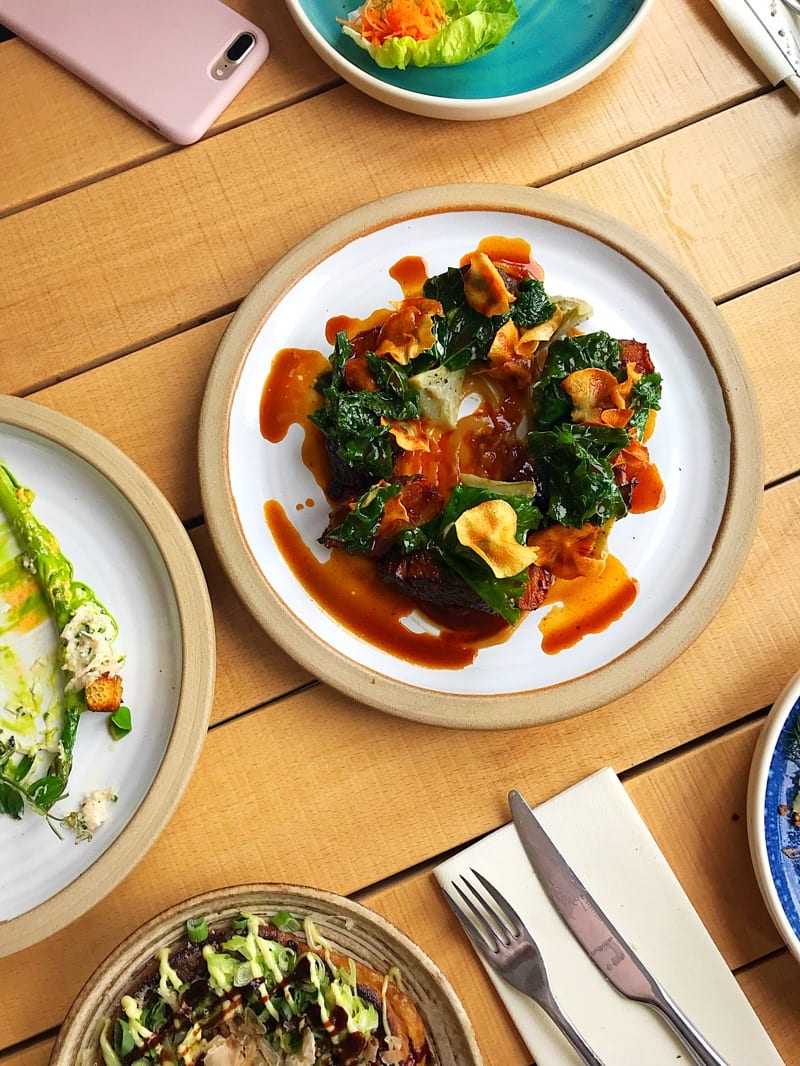 Each dish is stunningly presented and it all tasted as good as it looked!  Just at the bottom there, you can see Jamie's version of Okonomiyaki (Our recipe here) his okonomiyaki sauce was just as I remembered from Japan.

Next stop was Tayport Distillery to find out about, and taste, Never 25 Eau De Vie but what is Eau De Vie?

French for 'water of life',  just like the Gaelic word for whisky (uisge beatha) which means the same thing, it's a distilled beverage made from fruit other than grapes. Schnapps, in other words, or palinka, raki(a), tuica or arak if you're travelling further east! Distillery owner, Kecia wanted to make a drink that would use locally grown fruits such as apple, strawberry and raspberry to create a drink which not only she would like but others would as well.

The Apple eau de vie was my favourite, perfect with a splash or two of fizz. 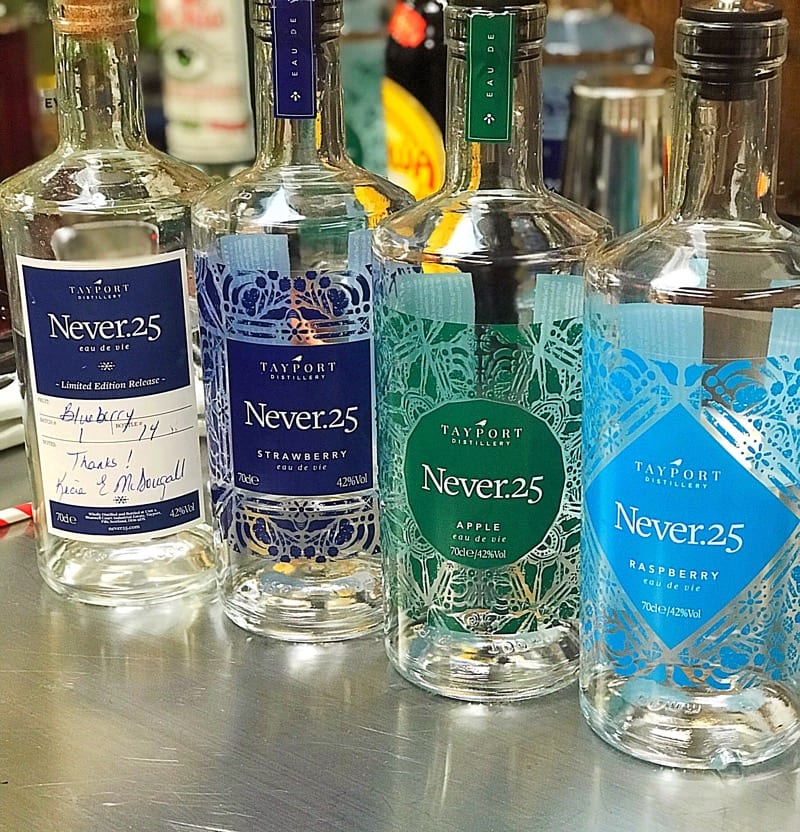 Tayport Distillery make their own neutral grain spirit and then add macerated fruit.

A quick visit to the garden shop and a look at the poly tunnels with kale, courgettes, bok choi and lots of salad leaves. 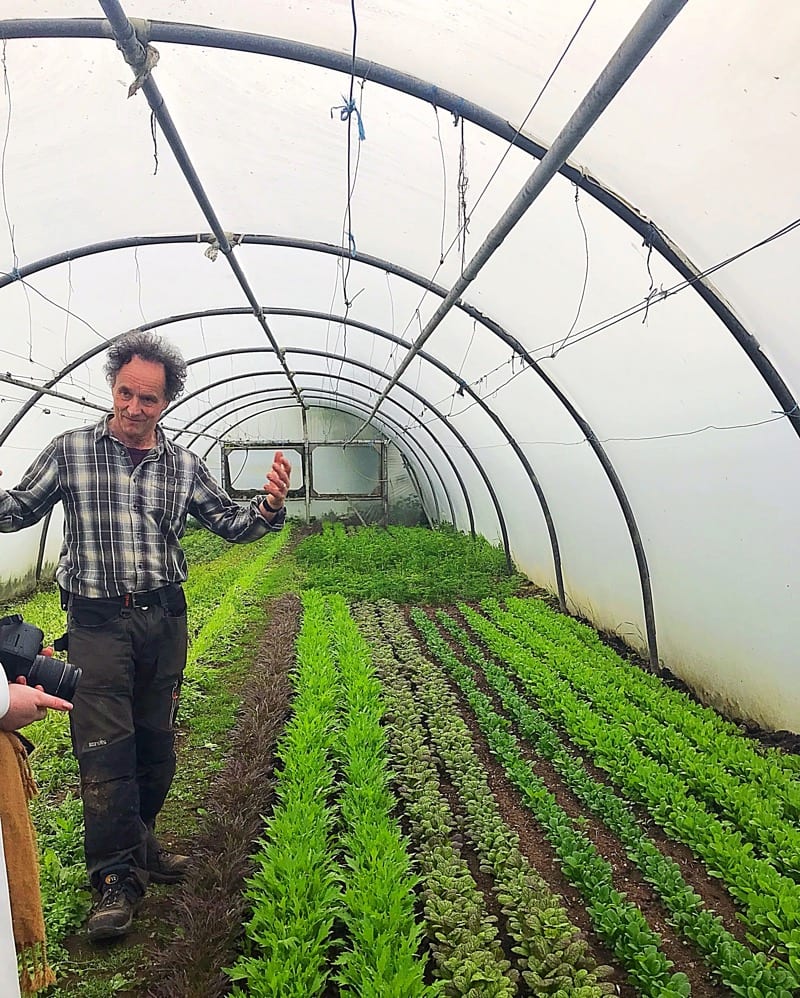 We then  returned to Lindores Abbey for an evening of food, music and poetry, aided by more Acqua Vitae! 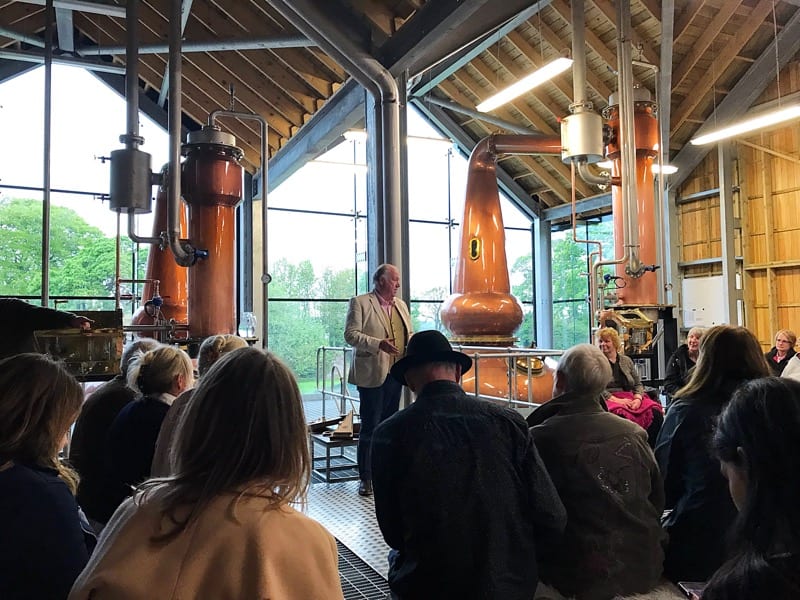 The food certainly was a feast of Fife, and also included delicious pies from Mr.C's (who is located just outside of Fife).

And only then was it time to sleep! Our digs for the next couple of days was Catchpenny Safari Lodges. in Elie. 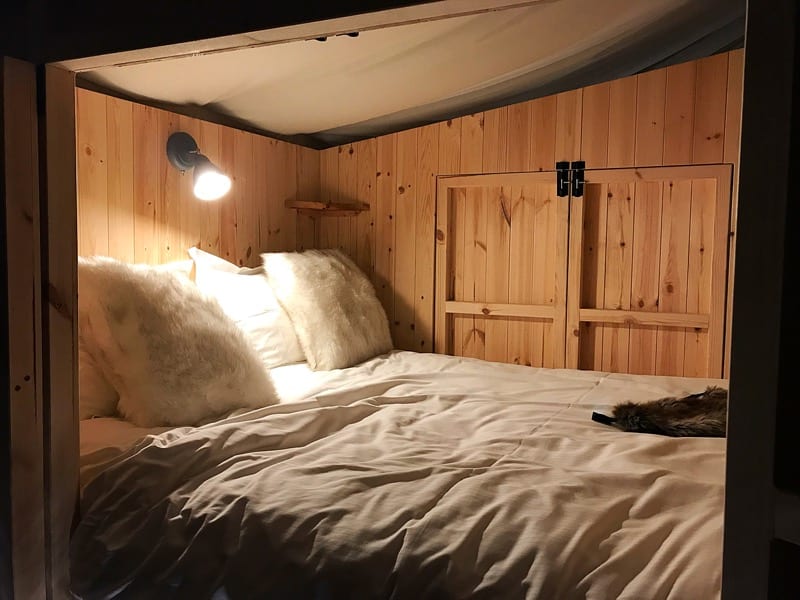 The lodges are semi-permanent with real beds, real showers and a wood burning stove but the roof is canvas like a tent so camping but not. Glamping! The lodges are ideally situated right beside the Fife coast on the route of the Fife coastal path and the attractions of Elie are all only short walk away.

Thank you to everyone involved in Day One of the 2018 Feast of Fife!

Disclaimer: The weekend was a fully funded press trip but as usual, all views and opinions are my own.