Whisky festivals are always a pleasure. For the cost of a ticket, you get to sample old favourites and are introduced to new tastes. As days out go, they are a real bargain.

I went along (on your behalf of course) to see what was on offer.
With 65 stands, Glasgow’s whisky festival is one of the biggest. Now let's get that in proportion, 65 stands offering samples of say 6 whiskies each. That's an opportunity to taste up to 390 nips. At £40 a ticket that's a bargain in anybody’s book.

Queues were short and efficient with a free cloakroom. Within moments we were upstairs and into the first of two big exhibition areas.

We were supplied with a nice commemorative glass and a bottle of water. Both vital for the journey ahead.
The choice is almost overwhelming with the occasional rum and gin thrown in for good measure. 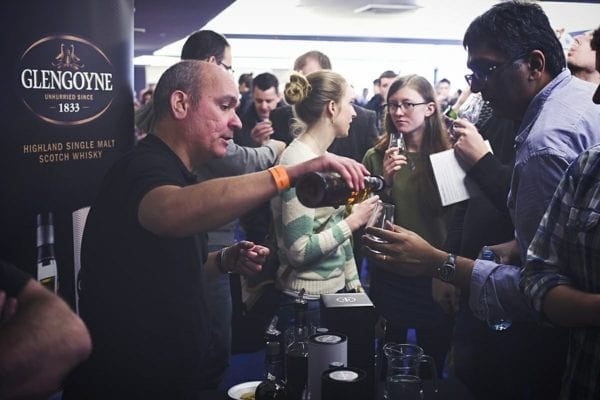 There was a noticeable trend in young light whiskies aged in bourbon casks and clearly aimed at the younger market. Traditionalists might mutter, but while I found some a bit sweet for my taste, many were ideally suited to earlier in the evening.

But it's not all new tastes at Glasgow’s whisky festival. It's a great opportunity to try rare limited editions and older malts in the 20 plus year bracket. Many of which would otherwise be a heavy hit on the pocket. 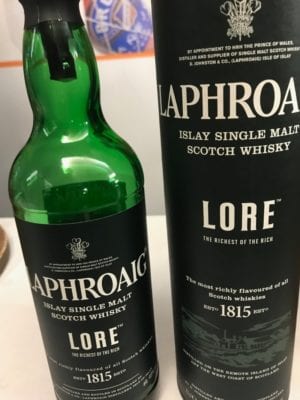 I sampled a Laphroaig Lore. A worthy dram that is different from standard Laphroaig.

If a particular bottle takes your fancy, Good Spirits had an onsite shop. And as if all those nips were not enough, the ticket price includes £5 off any bottle you purchase. Some days just get better! 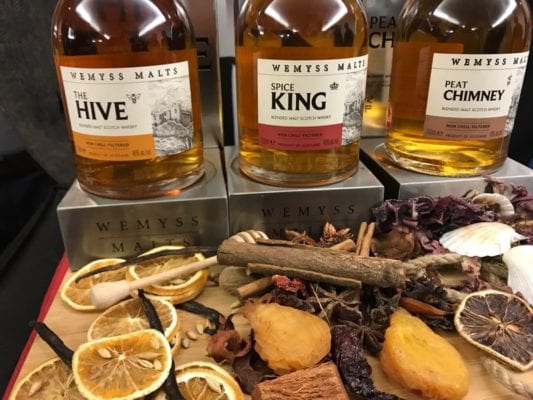 I went for a bottle of “The Hive” from Wemyss Malts. A lovely blend of malt whisky, honey and spices that will see me nicely through the cold winter evenings.

But that was 2017. What about 2018?
You will be pleased to know the organisers plan on doing it all over again. Tickets go on sale on 11th March 2018. Tickets for the last event went like hot toddies, so my advice is to get along to The Glasgow Whisky Festival website at http://glasgowswhiskyfestival.com/ and sign up to their mailing list.

DIsclaimer: our pals at Glasgow’s whisky festival invited intrepid foodie explorer Don Ivan in for free to cover the event but he got the same experience as everyone who bought a ticket.
« RUDE-OLPH IS COMING TO TOWN (FOR A PINT)
Celebrate Scottish Meat and Beer »