The most famous hotel in Bosnia

Reading “In harm’s way” by Martin Bell reminded me of our Balkan holiday in 2010. Sarajevo was one of our stops and apart from the Winter Olympics back in 1984 and the 1992-1995 Bosnian war, it was somewhere I didn’t know much about.

One place I did know of, that linked the two events above was the Holiday Inn Hotel. So a visit was on the itinerary. 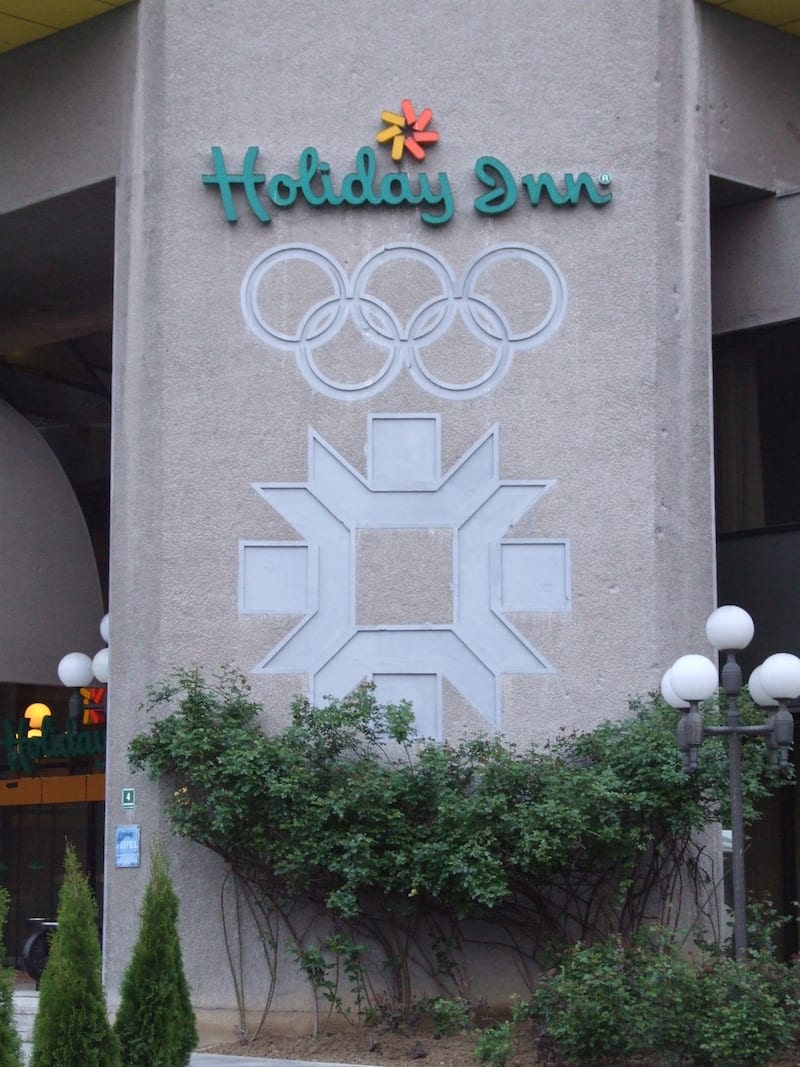 Remnants of the 1984 Winter Olympics

Sarajevo's iconic Holiday Inn was the first international hotel chain to open in the city and was designed by Bosnian architect Ivan Straus. Built in 1982-83, it stands out not only for the bold, mainly yellow colour scheme but also for its architecture. Looking as if someone has perhaps constructed it from Lego. 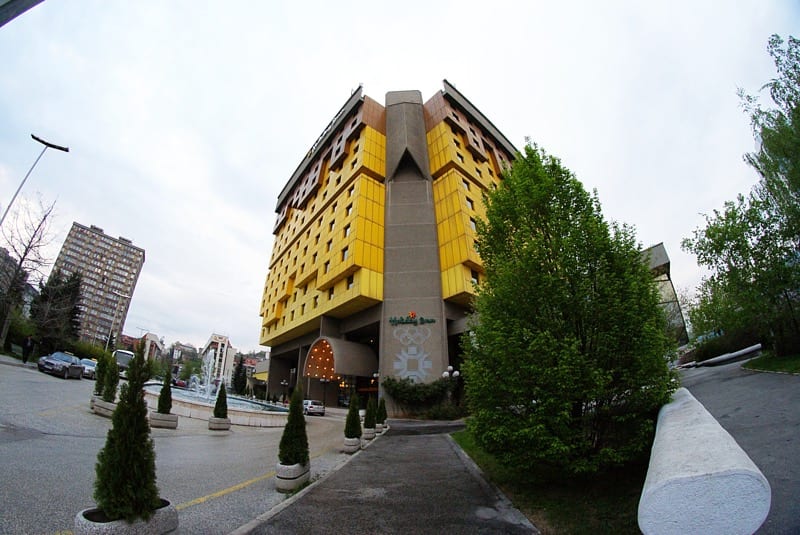 Opened in October 1983 in time for the 1984 Winter Olympics, the Holiday Inn became a focal point of the highly successful games and of the more confident Sarajevo. It was the place to be seen in the city. However this glamour faded in the early '90s when the hotel was regularly used by political parties for meetings. 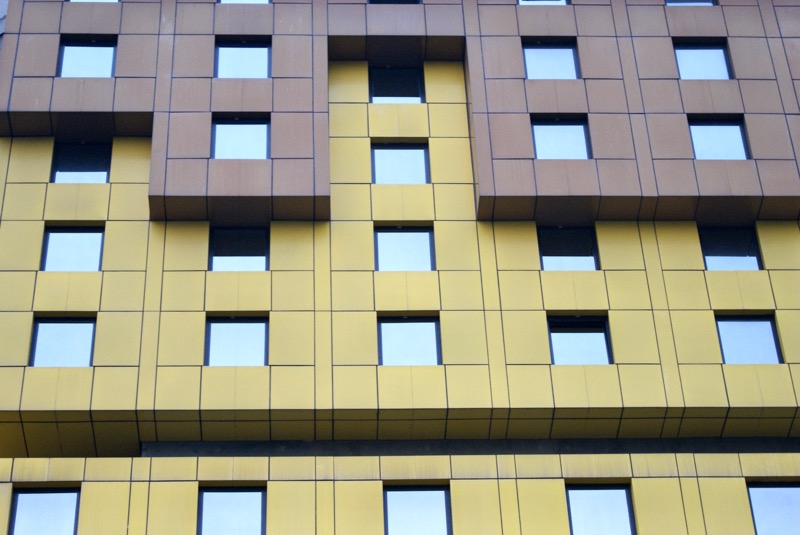 The Bosnian-Serb Serbian Democratic Party led by Radovan Karadzic used the hotel as a party base and the Karadzic family home. This was until snipers clashed with Bosnian forces and the Karadzic entourage fled to safety. 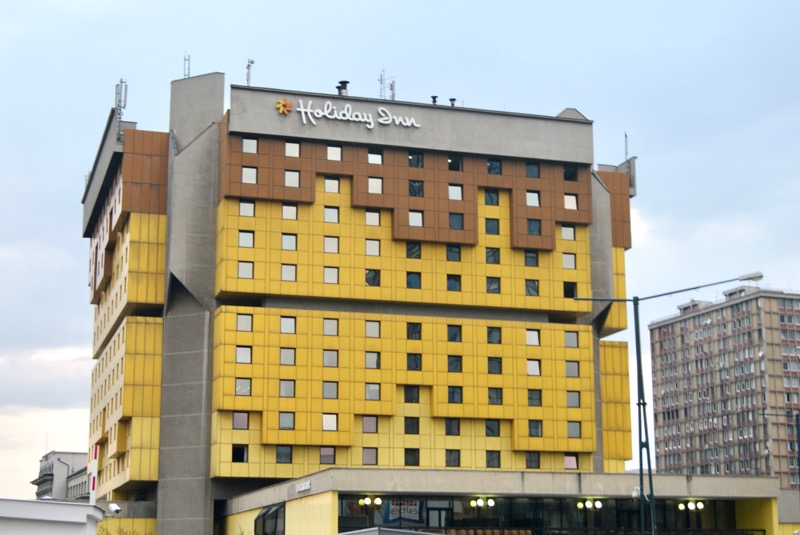 The Siege of Sarajevo involved the Army of Republika Srpska from 5 April 1992 to 29 February 1996 (1,425 days) during the Bosnian War. The siege lasted three times longer than the Battle of Stalingrad and more than a year longer than the Siege of Leningrad.

During the siege, many news agencies, including the BBC and reporter Martin Bell, used the hotel as a base. With the staff attempting to provide some sense of normality, providing clean beds and hot food. 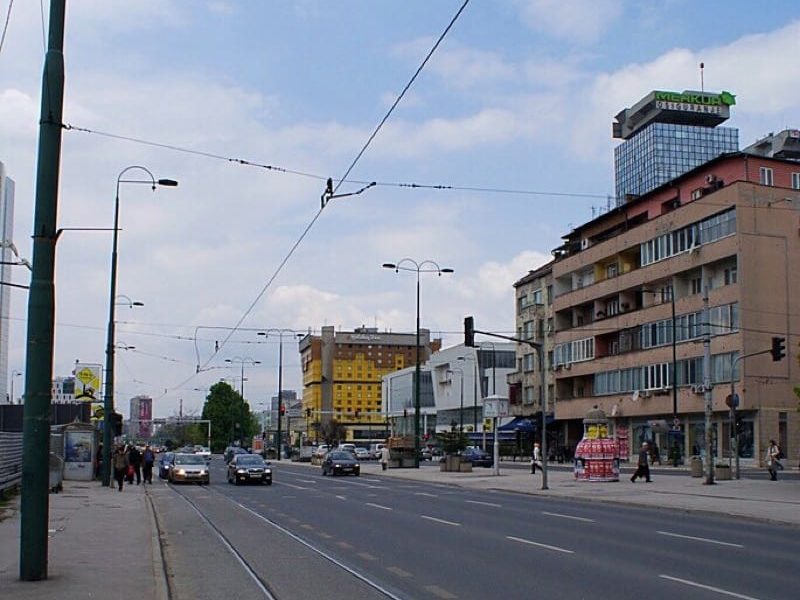 The hotel is located in what was known as “Sniper Alley". This was one of the most dangerous areas in the city. It seemed like the hotel was not a direct target but it did survive around 100 attacks.

Find out more about Sarajevo:- 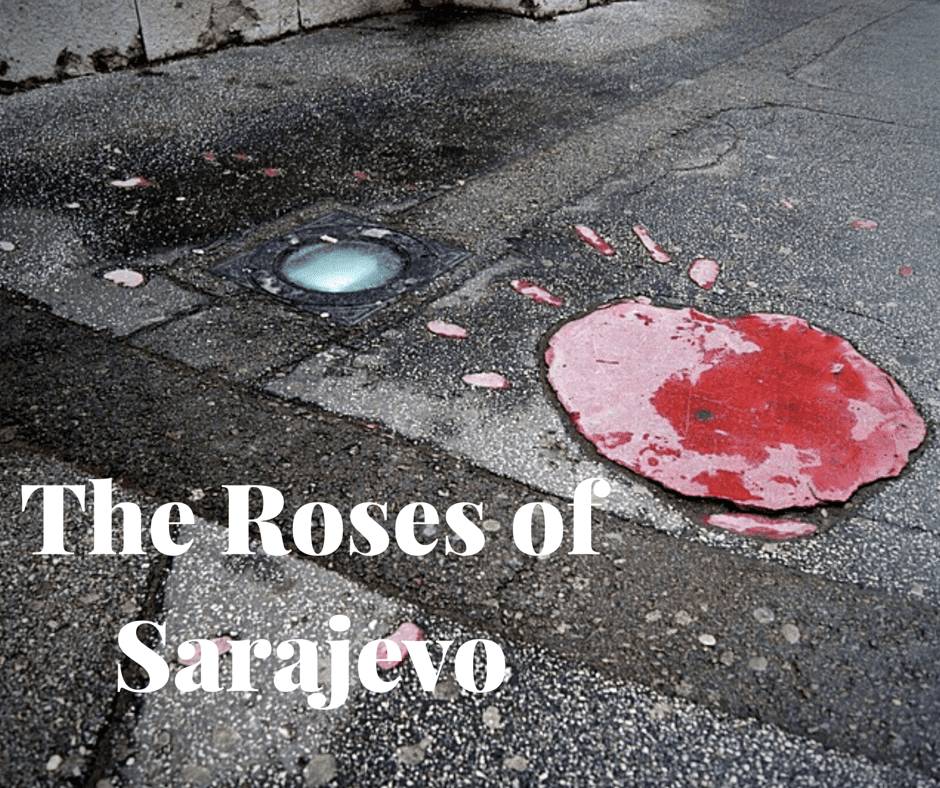 The love of books - A Sarajevo story 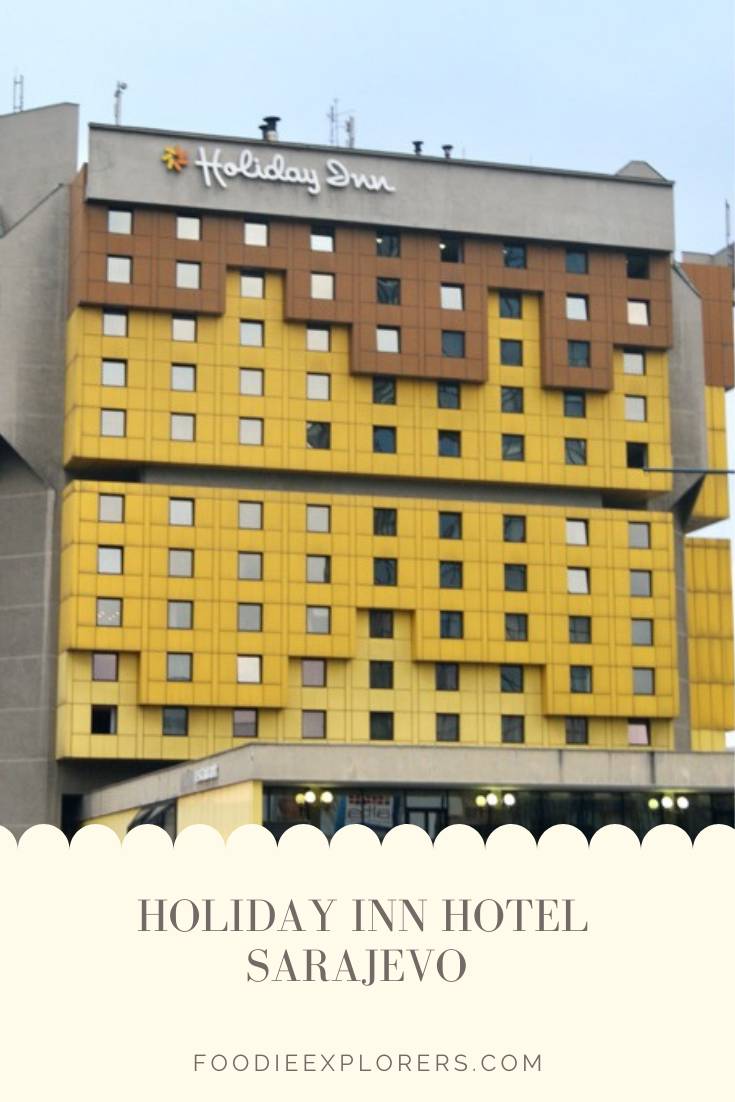