It's no secret that we like Hutchesons, so an invitation to try out their 'Tails from the Grill' night - well, refusal would just be rude!

An unsurprisingly cold and wet September night definitely felt a lot warmer in the cosy and sophisticated surroundings of Hutchesons City Grill (it must have one of the highest ceilings in Glasgow!).  A booth for two with a 35-day dry-aged rump steak, oxtail croquettes, grilled prawns, hand-cut chips, and a choice of sauce plus a bottle wine for two.  All for £40. As date nights go, this sounded tasty and good value! 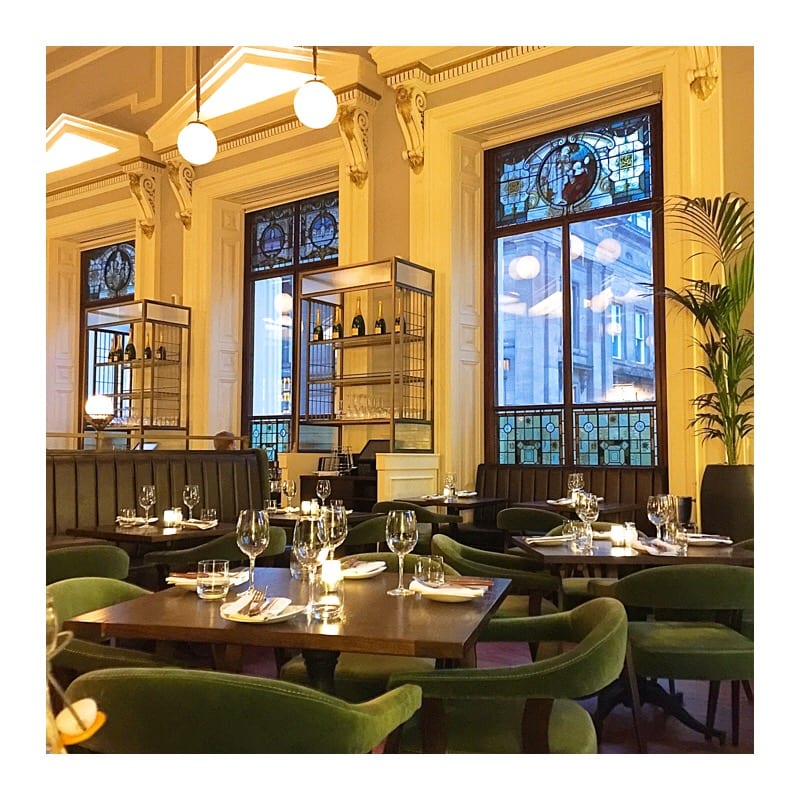 We'd been to the revamped 158 Bar and had a quick peek upstairs but this was our first having a meal inside the refurbished restaurant.  I think it's a lot better, the seating seems to flow easier and the pops of green continue the botanic theme from the ground floor bar.

Trying to be good, we didn't order bread and olives, however, these looked great as we saw them being delivered to other tables - grr, trying to come off carbs is hard!  We looked over the menu and picked our sauce. 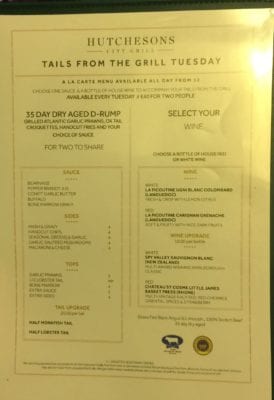 Tails from the Grill Menu

We went  the bone marrow gravy and Mr Foodie stepped in as the Carb Police to stop me picking the mac n cheese side. 😭😭

The house red soon arrived, with Mr Foodie checking it off against his Vivino app. Geek. 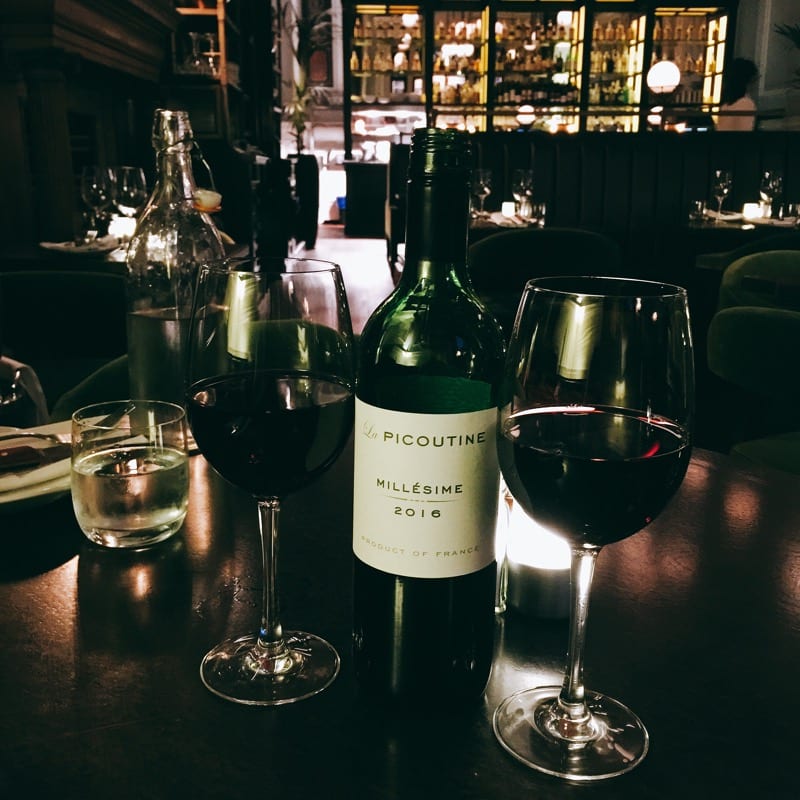 We'd ordered medium-rare, and it wasn't long in arriving at the table. 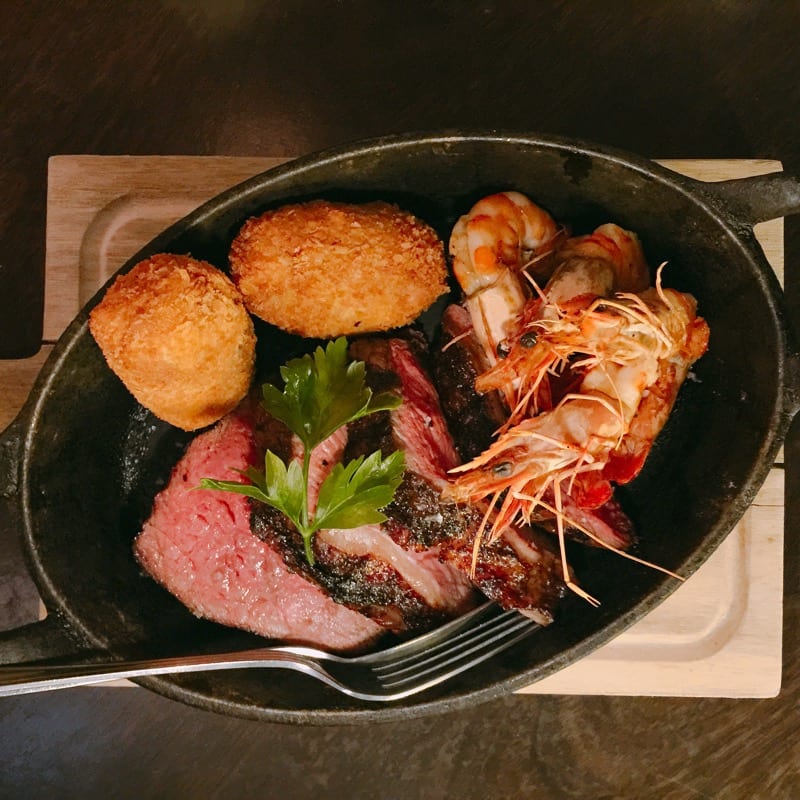 Here's a close-up. Two thick slices of rump, one oxtail croquette and two prawns each - there's a lot of filling protein here. 👌 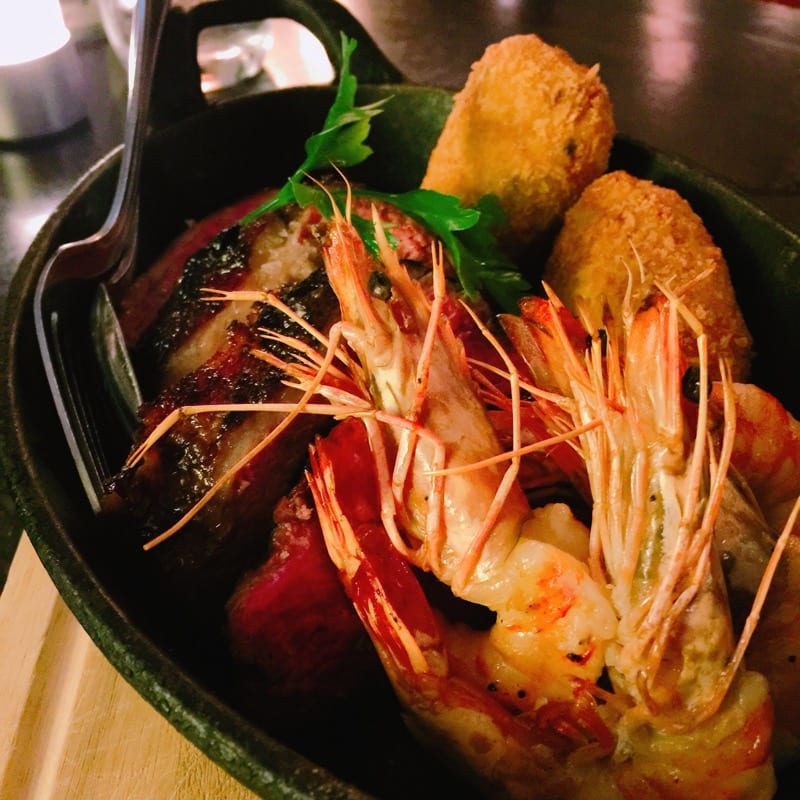 The meat was tender and juicy - all of it, the steak, the ox tail croquettes and the prawns. On the side, we also had a portion of hand-cut chips each and these were crisp outside and fluffy inside. Just what was needed and so comforting in this autumnal evening. 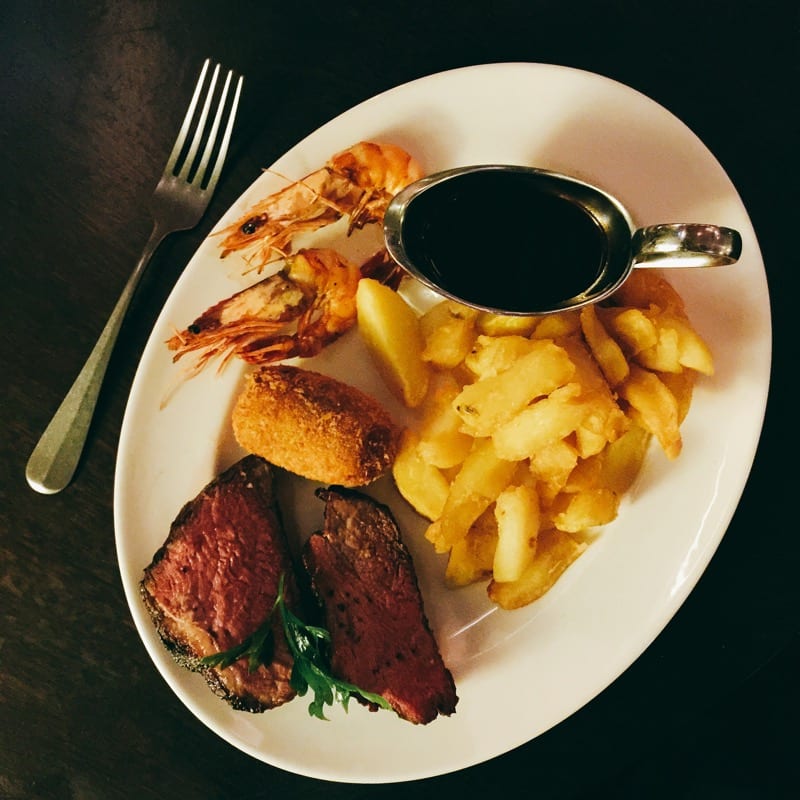 After munching chips the carb-free diet went out the window and so we decided to stay for dessert as well. 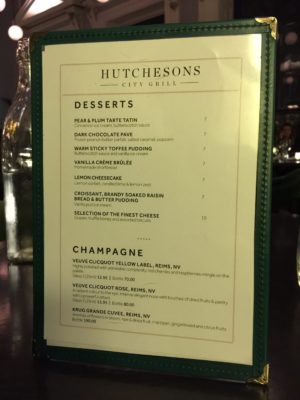 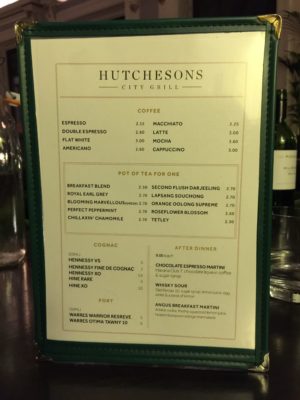 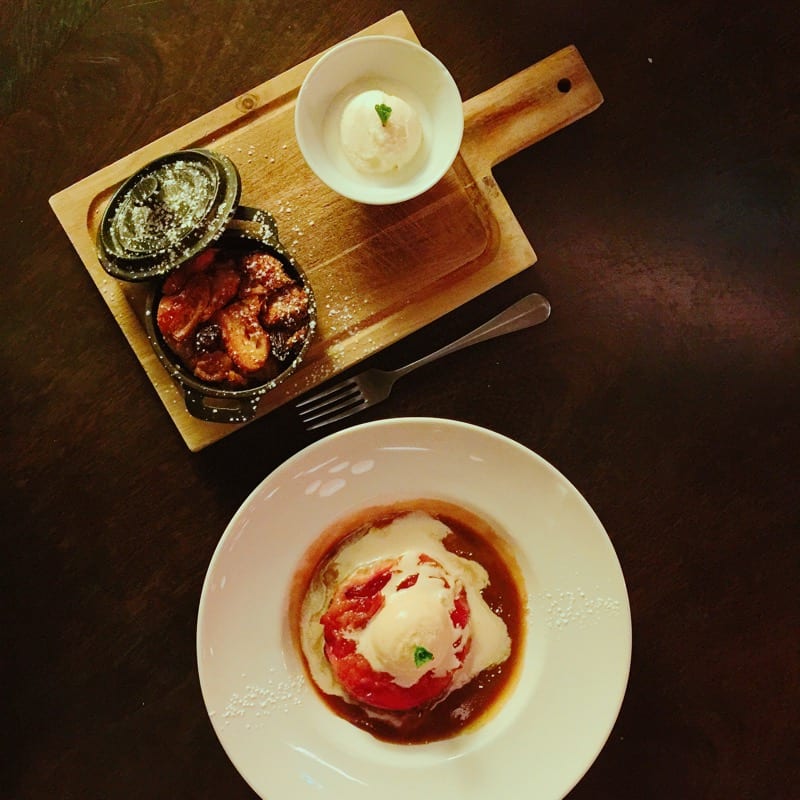 We opted for the two most seasonal puddings on the menu. Pear and plum tarte tatin with cinnamon ice cream and butterscotch sauce (£7) and Croissant, brandy-soaked raisin bread & butter pudding with vanilla pod ice cream (£7). Mmm, they were both delicious and perfect warming puddings to counteract the effects of the cold drizzle outside. We were also completely full after these so just as well we never had the bread earlier - pick your carbs wisely!

Tuesdays can be quiet nights for restaurants so what better way to tempt you out with a deal to one of Glasgow's most iconic restaurants for only £40? You're getting good quality steak and a bottle of wine, which is worth around £20 plus enough food for two for about £10 per person. Where else are you going to get that in the centre of Glasgow, especially in such salubrious surroundings? The food is mostly protein so filling and ideal for anyone trying to cut down on carbohydrates like we are trying...and failing to do!

Remember as well that if you take up this offer and arrive early or want to stay a bit later you can always have a drink in the bar downstairs, and they have quite a selection of aperitifs, liqueurs and wines. What else are you doing on a Tuesday night?

Service was polite and friendly, we were seated quickly, coats were taken etc. Toilets are downstairs and were clean, but the gents' is very narrow and can get very crowded if the bar or restaurant is busy. 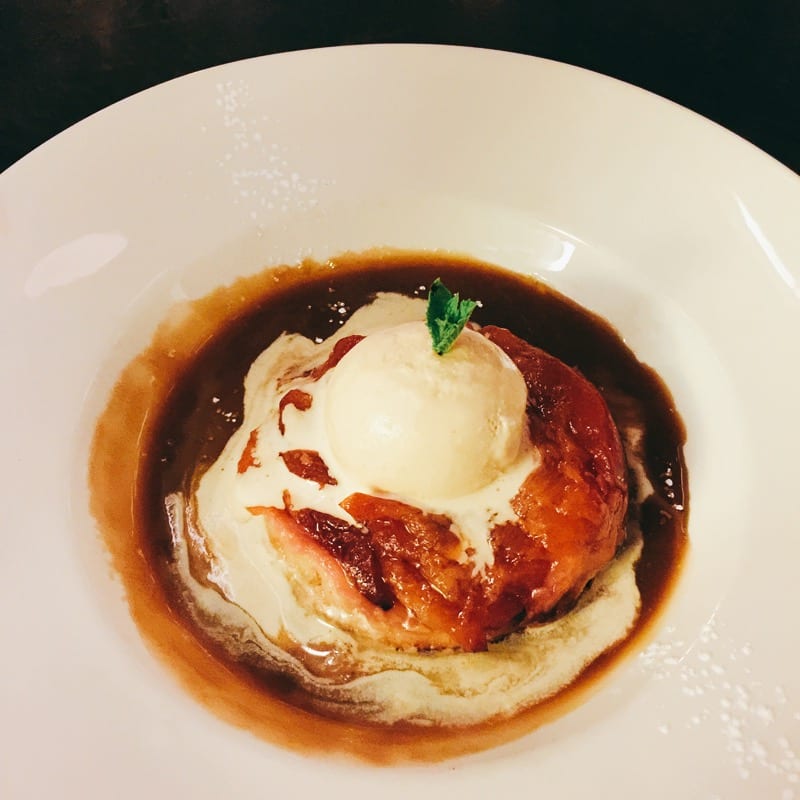 Only on Tuesdays but every Tuesday.

Disclaimer: We received a complimentary Tails From the Grill experience but Fred saw the photos and said he'd have devoured the food regardless of what we'd written!