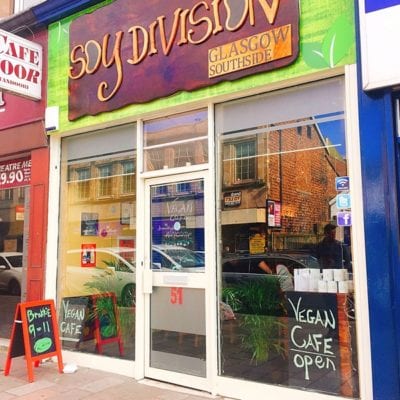 We’re not vegan but that hasn’t stopped us trying meat and dairy-free places before and we are partial to the occasional Joy Division song and cooking with our Joy Division oven gloves. So after being teased on Facebook by Soy Division handily placed on Kilmarnock Road (the main road through Shawlands), we wandered along to see what was on offer. 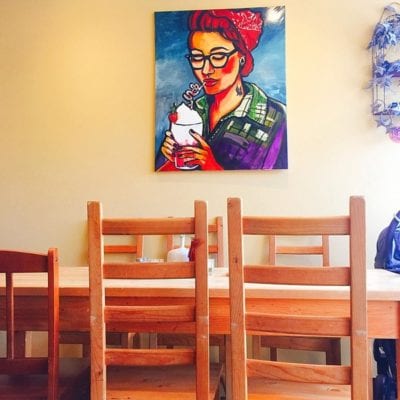 Inside, it is bright and cheery, with friendly and helpful staff. They don’t have their menus yet so explained what was on offer.

A good amount of folks came in to see the new addition, so there was a good bit of hubbub. 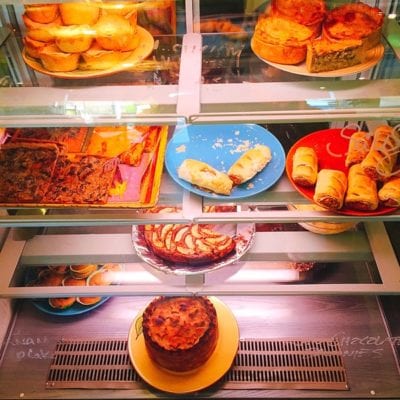 The soup was thick and very tasty, just like real homemade stuff. It was served with a piece of ciabatta bread. 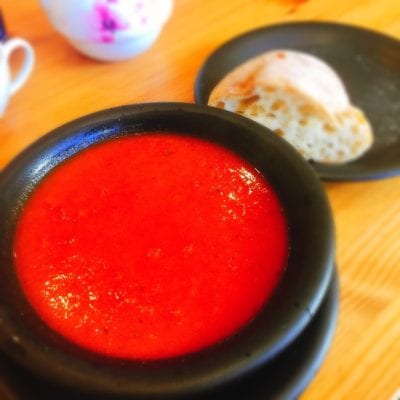 It’s faux-Scotch pie in style with juicy beans (or you can have mushy peas instead). 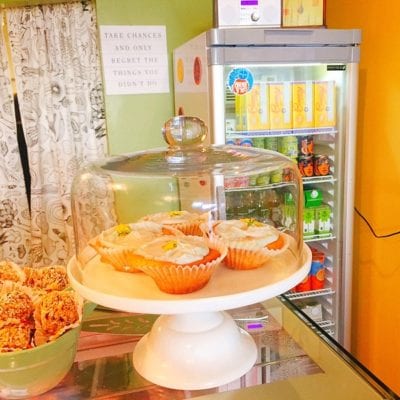 Seeing these delicious looking cakes on offer meant we had to try at least one!  We went for a chocolate and pear tart with soya cream. 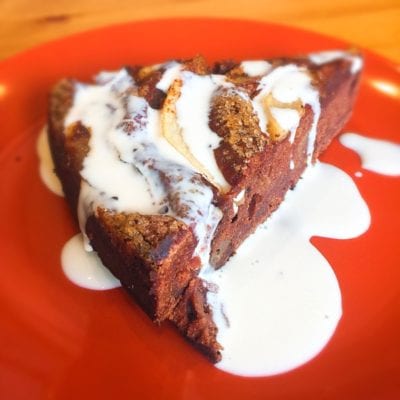 Almost clootie dumpling-like, for a vegan tart… good!  We haven’t had that many but weren’t disappointed.

Our bill was £16 for soup, pie & beans and 1 cake, which may be the going rate for vegan fare but it is a bit steep.

+ Friendly staff
+ Tasty food
+ Welcome addition to Shawlands
+ Easy to get there, on Kilmarnock Road with plenty of buses passing

– needs menu (hopefully there will be one on our next visit!)
– Bit expensive for what you get

Getting there by public transport

The no.38 and no.3 First buses stop nearby on Kilmarnock Rd.