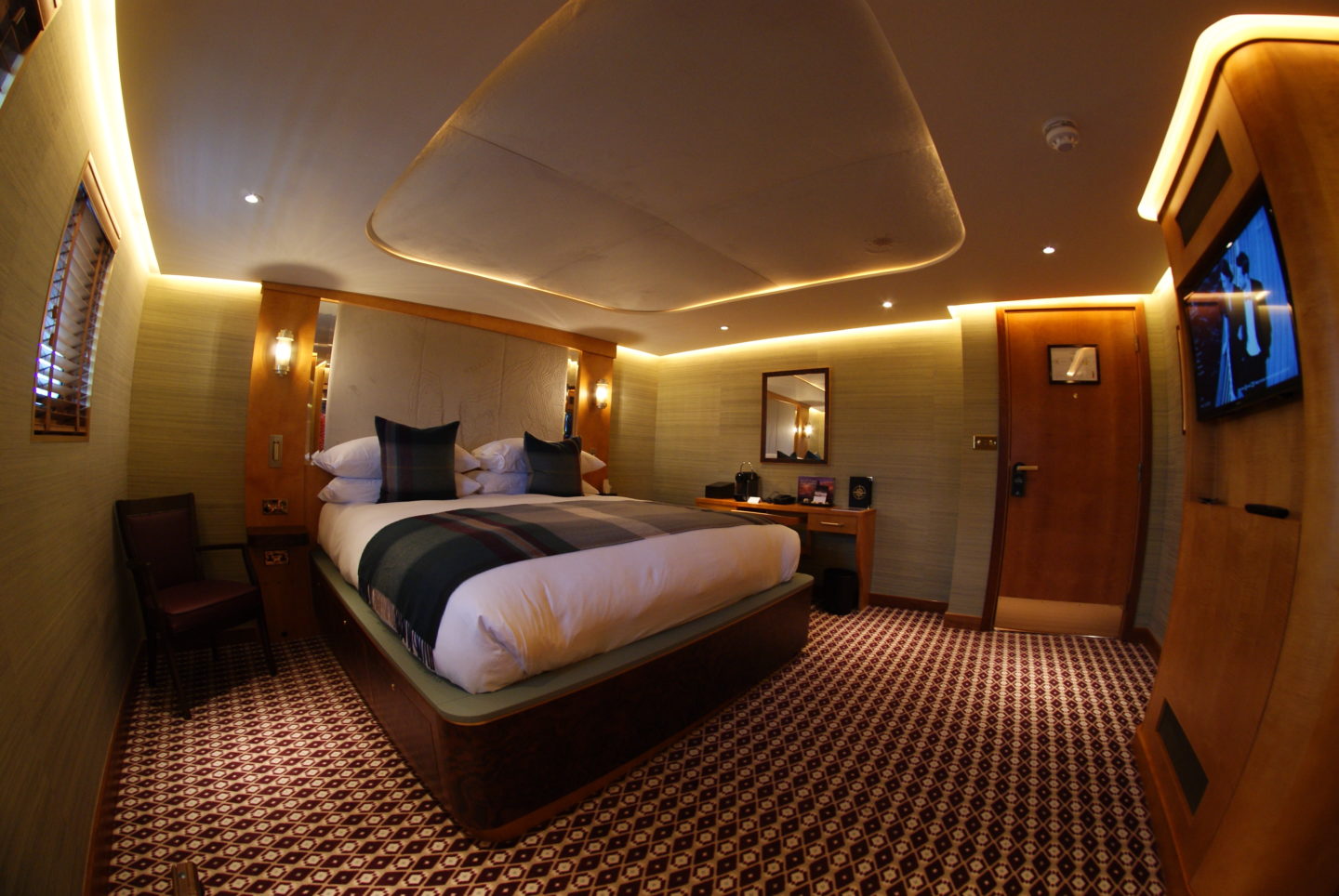 A luxury staycation experience in Edinburgh

This year has all been about re-discovering what is on our doorstep and what better way to do this than to stay at Scotland’s very own luxury floating hotel. Read on to discover the delights of an escape at Fingal.

Where to find Fingal

Although it is an actual boat, Fingal is now berthed at Victoria Dock in Leith, Edinburgh. The boutique hotel can be easily accessed by car, bus (and tram…one day). It’s also within walking distance to many nearby restaurants including The Kitchin, Season Quayside, Teuchters, and plenty of good bars as well.

Fingal has a lot of history, that doesn’t mean that this is some oily and greasy old lady. She is a glamourous girl with a style that is reminiscent of the 1930s. This is a long way from being a tender ship for the Northern Lighthouse Board. She’s seen some sights and has been lovingly restored. Onboard, you’ll also find the real ships logs showcasing her travels.

Coming on board is so much different from checking into a normal hotel, up the gangway and into the stylish lobby. This is an image from Fingal themselves as we were too busy going ‘oooh’ at the decor and the lift which resembles a lighthouse but check-in was simple and straightforward.

Onboard are 23 cabins, each beautifully decorated and all named after Scottish lighthouses that the ship tended to in a previous life. They range from Classic cabins which include king-sized beds, 20m2 of space and a rain shower bathroom. Luxury Cabins are larger in size at 21 – 24 m2 and have access to the outside gangway. Classic Duplex have 45 m2 of space with a staircase connecting the living area with the bedroom. Luxury Duplex has 60 m2 set over two floors and includes a rain shower and roll-top bath. (This one next time Mark?) We had a peek into some of the others. Stunning is all I can say!

We were in Hyskier cabin. Modern, classy furnishings, a flat-screen TV, a comfy bed with plenty of pillows, robes, slippers, a Nespresso machine to make Mark happy and a GHD hairdryer to make…Mark happy as well 😝 Simple things like the drawers have great action, they just feel like quality. Items such as a shoehorn, brush, comb and sleep kit were also provided.

Prices in the minibar were good for luxury accommodation, which included Bloodhound Beer, made by Oban Bay brewery for the famous Royal Yacht Britannia which is also berthed nearby and can be visited. Fresh milk and bottles of Highland Spring are complimentary, as are Tunnock’s tea cakes, shortbread and petit fours with the tea tray, which included peppermint tea (always good after a big meal). Our room also had an external door taking you right out onto the deck.

Toiletries are by the excellent Nobel Isle. A vanity kit including a toothbrush, toothpaste, shaving kit and loofah was also provided. Everything you could possibly need for a stay?

Tap handles mimic valves you would find on a ship, and even the toilet flush button is cute. The lights in our ensuite bathroom were reminiscent of lighthouse lamps too. Speaking of lighting, there are multiple mood setups in the bedroom – a dimmer switch controls the small circular LEDs overhead, while a separate switch manages the lights above the bed and a third switch lights up the entire room. We were almost hoping for a fourth switch to open up the ceiling and lower a disco ball into the room! Our only issue with the room was that the base of the bed is bigger than the mattress so we both misjudged it and banged our legs against it, ouch!

Food and Drink at Fingal

The Lighthouse on Fingal serves breakfast, afternoon tea and dinner. Being surrounded by such glorious Art Deco styling, cocktails were a must in the bar before dinner. The Lighthouse is open to non-residents from 12 noon until 10 pm.

Their signature cocktail is The LIghthouse Martini, served from a frozen lighthouse shaped bottle. Containing Britannia Gin, distilled in Edinburgh by Pickering’s Gin Distillery and Wermod Great British Vermouth, created within the Dalmeny Estate near Edinburgh.

On the menu when we visited were the following dishes:-

We’ve never been on a cruise or slept on a barge or any sailing vessel before so this was a new experience for us. You might be thinking there would be some movement during the night, but it was all very calm. I know we are berthed at the port, but we expected a wobble at some point but thankfully no, so a quiet evening was had with no seasickness reported!

We awoke to bright sunshine. On offer is a variety of breakfast options from traditional Scottish porridge to Eggs Benedict, full Scottish breakfast and kippers. All served with freshly brewed coffee, English or Earl Grey tea or fruit, green and herbal infusions.

A sublime experience from start to finish (and from port to starboard and from bow to stern 😛).

This is a unique hotel with beautifully decorated rooms, a classy bar & restaurant with great food and cocktails. Checking in and out was fuss-free and staff were friendly and helpful throughout. We would happily stay here again.

Ideal for special occasions like birthday and anniversary stays, honeymoons – it can even be hired for celebrations including weddings, for up to 60 guests.

– Expensive, but you get what you pay for
– Bed frame is wider than the mattress so watch your step

Looking for other accommodation suggestions in Edinburgh?

Disclaimer: we received a complimentary DBB stay for the purposes of this article. 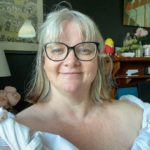