There are only 100 tickets on sale, and fans of Kyle will get the once in a lifetime chance to experience a Hard Rock brunch with a twist as Kyle performs an exclusive, acoustic set in the private setting. 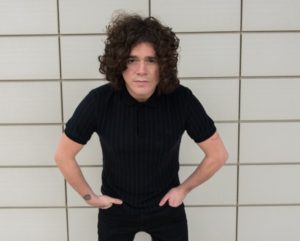 Taking place in the iconic rock’ n ’roll food and music venue on Buchanan Street, tickets are £13 (including booking fee) with ALL profit going to the country’s largest music therapy charity, Nordoff Robbins Scotland, which provides music therapy to over 400 vulnerable children and adults across the country every week, from Dundee and Perth to Glasgow and Edinburgh.

The one-off brunch will begin at 3 pm with teas and coffees served, followed by an acoustic set and breakfast rolls plus the chance to meet Kyle himself.

The Dundonian will perform at one of the biggest nights in Scottish music later this year, as he takes to the stage at the SSE Scottish Music Awards in Glasgow’s SEC, on Saturday 1st December. Kyle is nominated for Best Album sponsored by Hard Rock Cafe and joins Snow Patrol, Mark Knopfler, Tom Grennan, Amy MacDonald and The Snuts at this year’s ceremony.

The SSE Scottish Music Awards have been the main fundraising event for music therapy charity Nordoff Robbins Scotland since the awards were launched. Funds raised on the night are a vital part of the charity’s ability to provide music therapists and sessions to those who need it most.

*Tickets are priced at £13 (inc BF) and include entrance to the exclusive acoustic gig, teas/coffees, breakfast rolls, pastries and access to Kyle Falconer’s informal meet and greet. Parties may be merged with other bookings, seating not guaranteed.