The Scottish Beer Awards, sponsored by Aldi, have been launched for its second year with a promise to work hard with breweries to promote the growing range of high-quality Scottish beers available.   They have also announced a new industry trade show and conference for the brewing sector taking place during the day of the awards.  ‘Beer Matters’ will be a day of learning and development for brewers, attended by a range of international speakers and suppliers from across the UK.

The awards are sponsored by Aldi who will continue to promote the competition’s finalists and winners in store.  Tom Bradley, Buying Director for Aldi in Scotland, commented;

“We are looking forward to continuing our promotion of the fantastic range of Scottish beers now available. With our hugely popular Scottish Beer Festivals running three times a year, our commitment to Scottish brewing has never been higher.   We look forward to working with the Scottish Beer Awards contenders to support their achievements as finalists and winners throughout our 72 Scottish stores.” 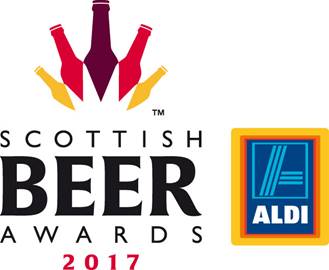 “This is a terrific initiative to support a sector which needs to promote itself in an ever competitive market place.  Winning a Scottish Beer Award helps brewers to differentiate themselves in a crowded UK market and generate positive sales advantage for our Scottish breweries.”

The awards are free to enter and breweries should complete registration forms available for download at www.scottishbeerawards.co.uk