What's the difference between swedes and turnips?

Possibly not the top thought at this moment in time but what is a neep and what is the difference between swedes and turnips?

It's Burns Night soon, the time when haggis, neeps and tatties grace the tables of many here in Scotland but also around the world. Champit neeps (mashed turnip) is traditionally served alongside mashed potato and haggis on Burns Night to celebrate the birthday of poet Rabbie Burns.

Neeps, are acknowledged to be the Scottish name for turnips right? But did you know what we are calling a neep is actually swede and not turnip!

Here is a turnip and swede side by side, can you tell what one is which?

The confusion occurs mainly as supermarkets sell swedes and lots of people use turnip and swede to mean the same vegetable when you can see above they are clearly different.

Swedes originally come from, yes you've guessed it, Sweden! Known as rutabaga in America - meaning 'red bag' from the Swedish 'rota bagge' due to the er, purple top, these can be found year-round in shops now. Swedes have yellow-orange flesh and thicker skin and first made it to Scotland from Sweden in 1781 or 1782 and then started appearing in England and North America a few years' later. 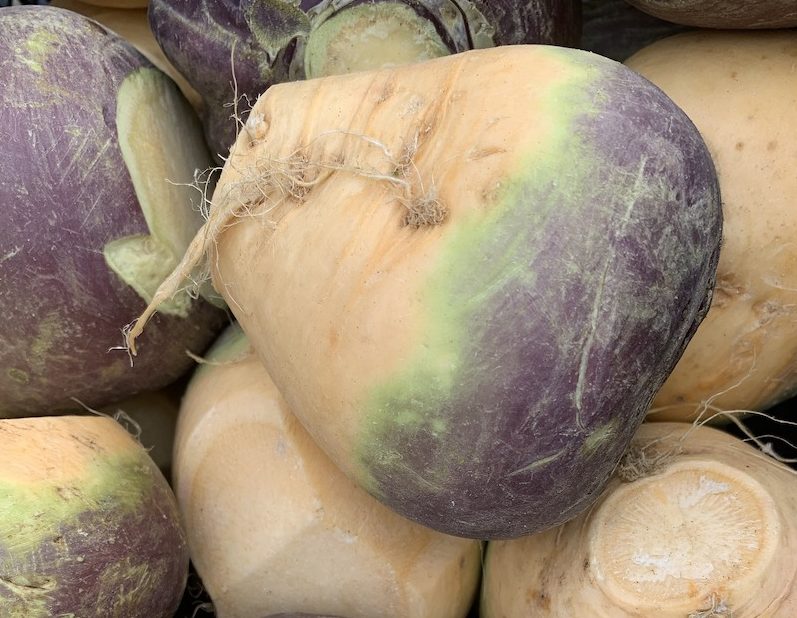 Turnips on the other hand were grown usually for livestock and have white flesh. The turnip is related to radish and is usually sold as a small and round vegetable.  The leaves of turnips are sometimes eaten as "turnip greens" or "turnip tops"  These are tasty when stir-fried, especially with garlic. 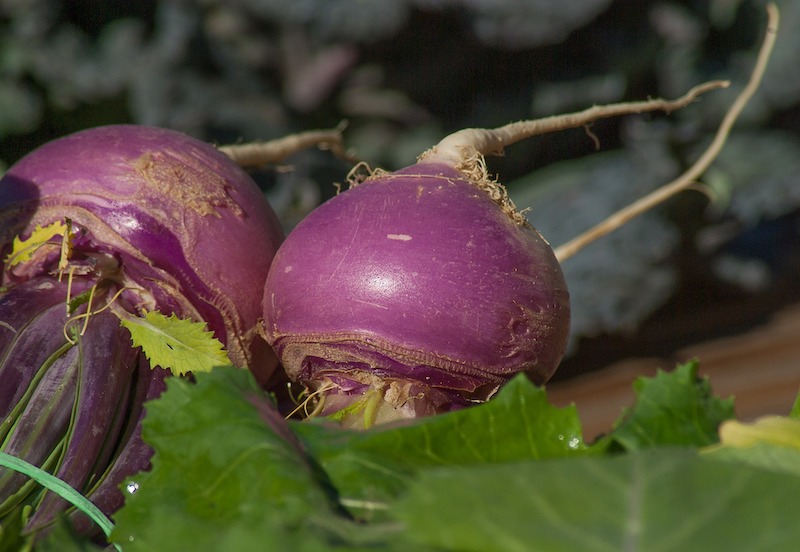 So if your neeps are yellowy orange then it's actually mashed swede and not turnip. 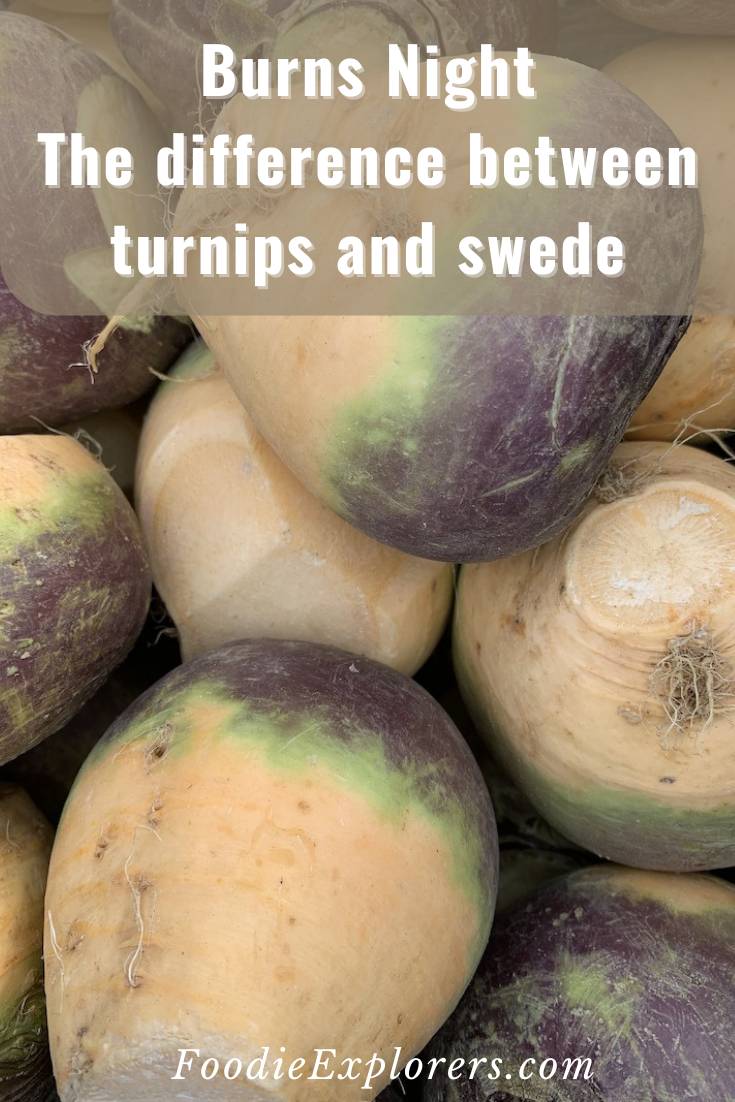