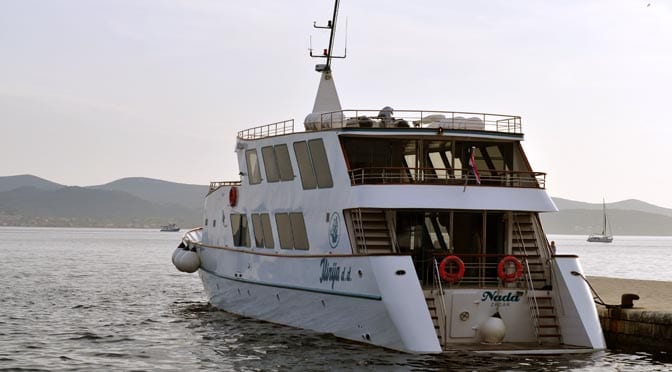 Last summer we took a trip to Croatia to stay at the Ilirija resort on the Dalmatian coast. See our review of the hotel here. Another feature of booking there, is the Motoryacht Nada, a ship with room for 150 people and guests can take a Sunset gourmet cruise when staying between June and September.

The Adriatic sea along Croatia's coast is full of islands, including Galešnjak, famous for looking like a loveheart from above, we cruised past here towards our destination of Zadar (with a quick tour of included) then had a meal of fresh seafood and drinks as the sun went down on the return journey. Sounds pretty good doesn't it? 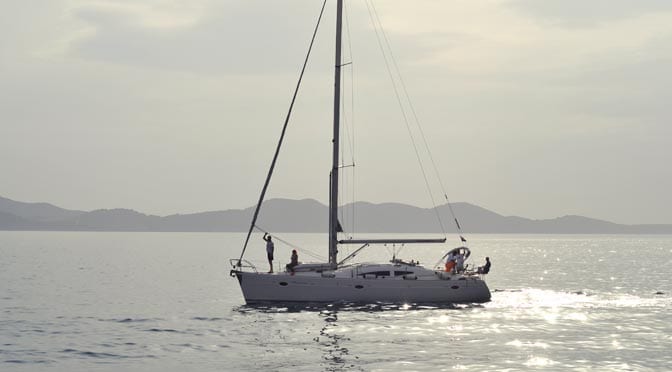 Boats in the Adriatic sea

We were welcomed onboard with a glass of bubbly. The weather was great and the trip to Zadar was relaxed, passing many other boats and yachts on the way. 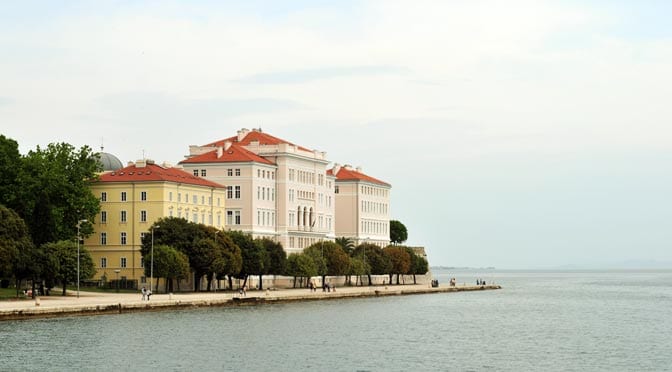 We docked into Zadar with mix of architectural styles - classical European buildings mix with ancient Roman ruins and the occasional modern design, such as the award-winning and rather unique Sea Organ... 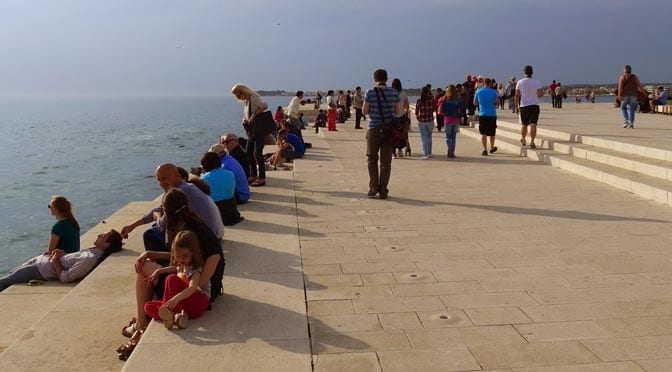 It might just look like any other seafront promenade but it's actually been designed so that when boats pass the waves interact with the architecture to produce random but harmonic sounds! It's pretty unique.

After a short walk around the centre of Zadar we returned to the ship as the sun was beginning to set. 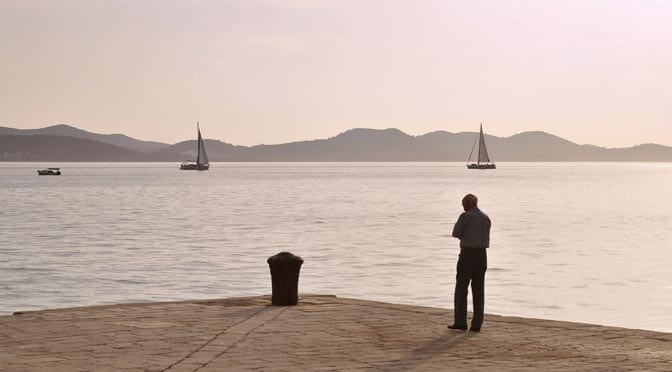 On our journey back to the hotel we were treated to a wonderful 4-course meal with octopus, fish, risotto and a local pudding, all paired with Croatian wines. 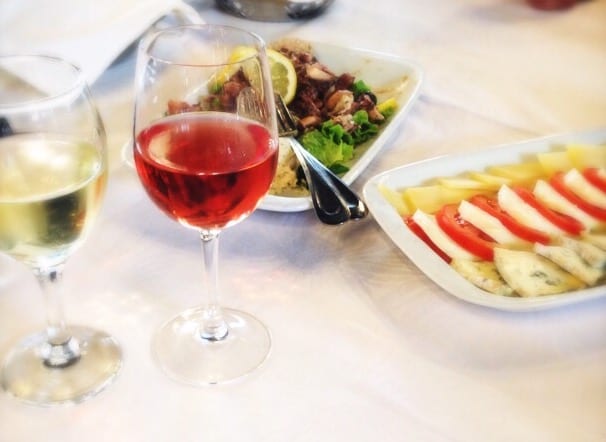 The food finished just in time to sit out at the back of the boat with a drink in hand and watch the sun go down which brought a beautiful romantic end to our trip. 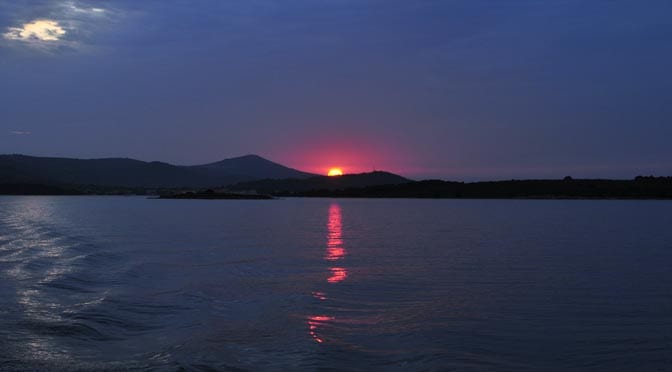 Ilirija resort is located in Biograd Na Moru (literally “white town on the sea”) about 30km (19 miles) from Zadar. Currently Ryanair fly from London Stansted, Manchester and Dublin to Zadar airport and Ilirija provide free pick ups from there. We travelled from Glasgow to Split with Easyjet and from there you can be in Biograd is just over an hour from Split airport by hire car. We took a bus instead (note that Split airport is on the North-western side of the city thus closer to Biograd and there was no direct bus from the airport to Biograd when we visited. Split is lovely and well worth a visit for the architecture, seafood and excursions (to the nearby islands or Dubrovnik, Međugorje and Mostare etc). Journey time from Split bus station was around 2 hours and cost £8 each way, which included a fee to put a suitcase in the hold. Biograd bus station is then only a few minutes walk to the resort (there is also a seaplane that connects Zadar and Split if you're feeling more adventurous!)

The Sunset gourmet cruise is 490 HRK per person (just under £50) and is available to anyone staying at any of the Ilirija resort locations (including Camping Park Soline). Find out more here. 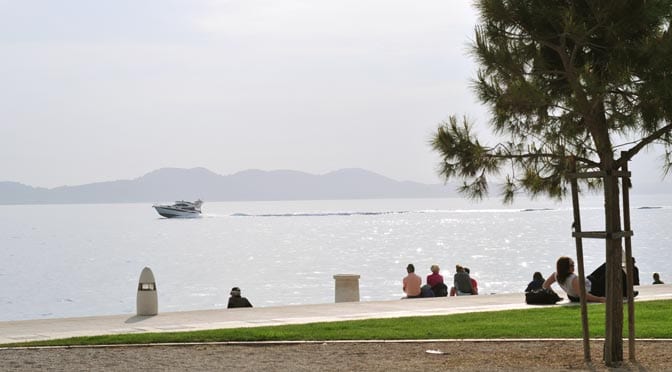 Disclaimer: The Sunset gourmet cruise itinerary may differ from our trip which we received complimentary as part of our stay at the hotel.