Continuing our love of LEGO well into adulthood

One of the joys of being older is that we can now afford LEGO, one of our favourite toys as children! It may not be the first thing that you think of when wanting to part with cash, but over the years, as sets have become larger and more complicated and branched into TV and movie franchises, adults have been buying LEGO for themselves. Forking out £650 for a Star Wars Millennium Falcon model is serious business, and although we can't afford that one, I know that we are not alone in buying moderately-priced sets for ourselves as adults so what is it that brings us back to this childhood toy? 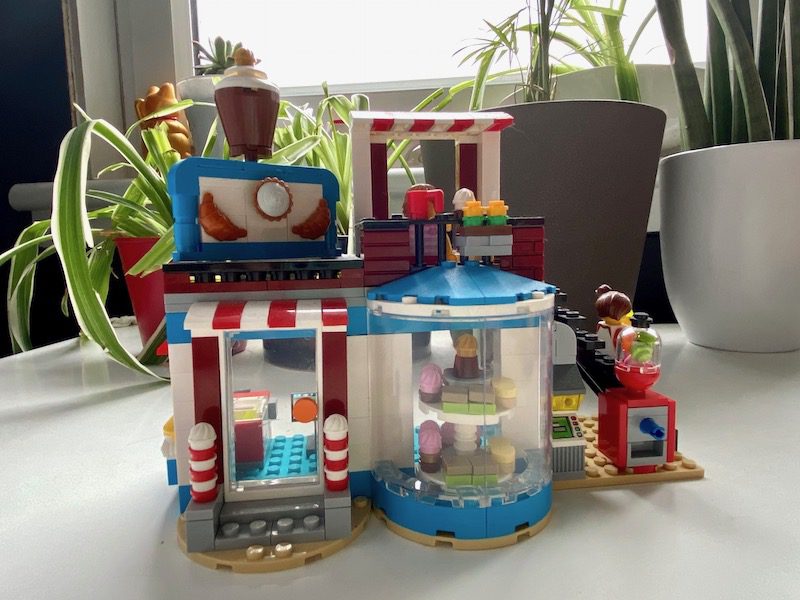 Is it a reaction to the stresses of modern life? A way of forcibly disconnecting from the screen and using your own body skills to construct?  A way to practice mindfulness, sitting quietly while constructing something? There is also less pressure than say baking a cake. I've never yet had a LEGO set that has failed to complete, whereas we won't talk about the number of cake disasters! 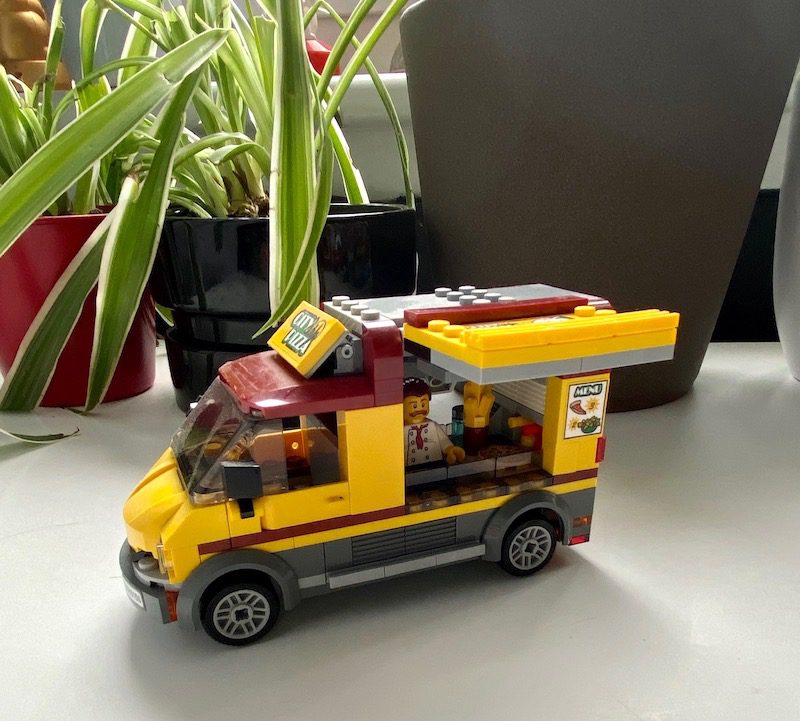 Apart from a love of travel and eating, Mr Foodie and I bond over the construction of LEGO. Unlike putting together some IKEA furniture, not a single expletive has been muttered at the LEGO making table.  We have graduated from collecting and constructing food-themed kits like the pizza van above, ice cream shops further above and even a burger restaurant on fire!

We have also no started collecting some of our favourite travel destinations - such as New York, and Berlin below. 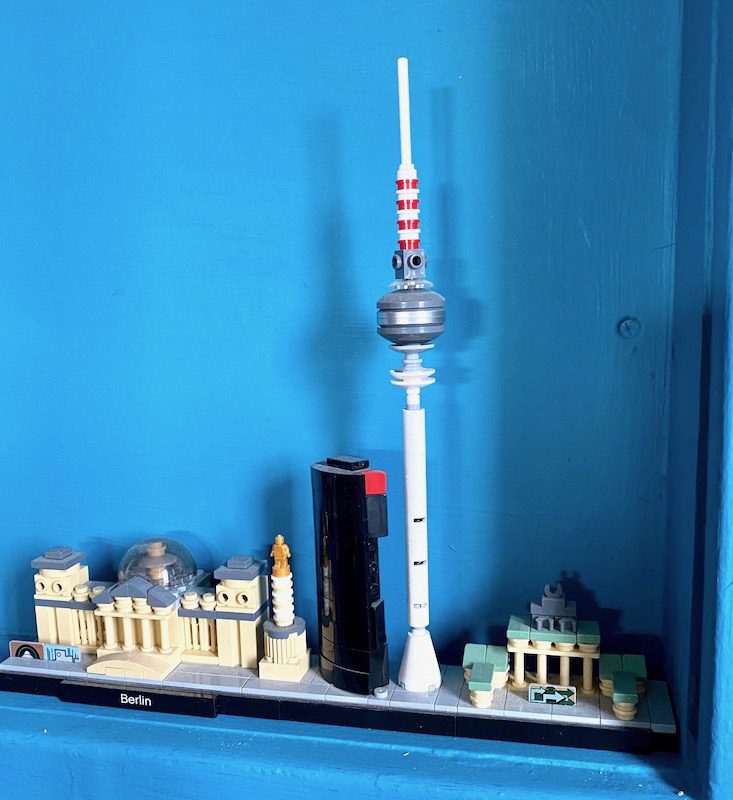 Not being able to travel for a year and yearning for a return trip to Berlin / Germany we have started our own collection of non-official sets using real LEGO, which includes a German hot dog grill and market Stalls including a mulled wine stand - these were all purchased from the seller onemorebrick on eBay. 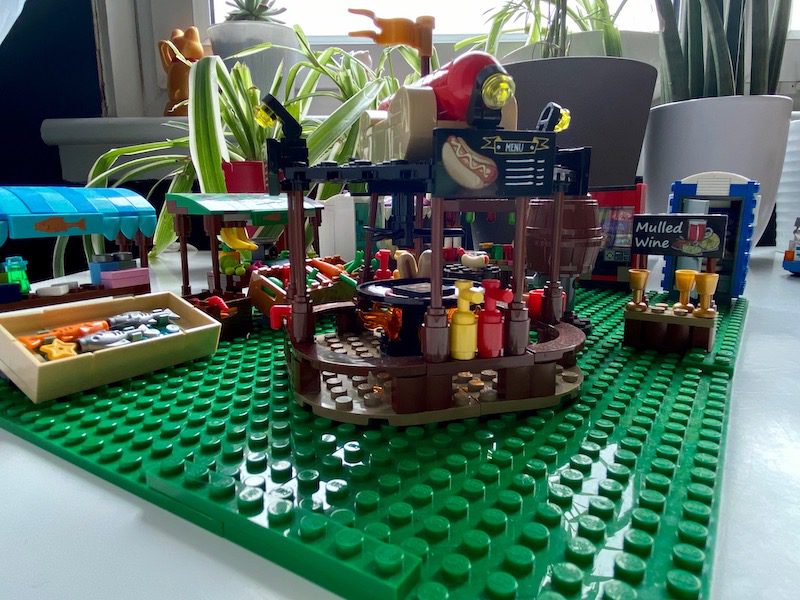 We also have non-LEGO but compatible Sembo Block Japanese scenes such as a takoyaki (octopuss balls) stand. 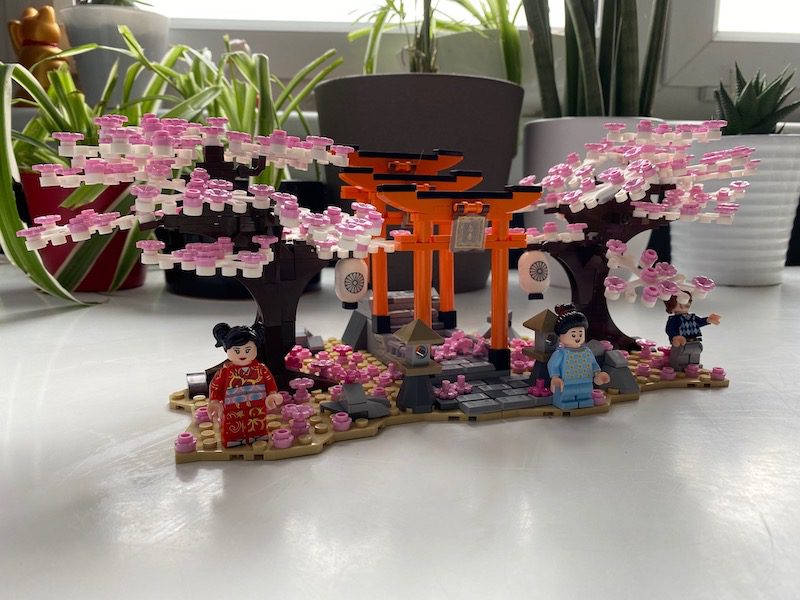 Sakura trees with torii gates (above) and a replica of Kani Doraku Dotombori, a famous seafood restaurant chain with an emphasis on crab in Osaka (below). These can be purchased from buildiverse.com. 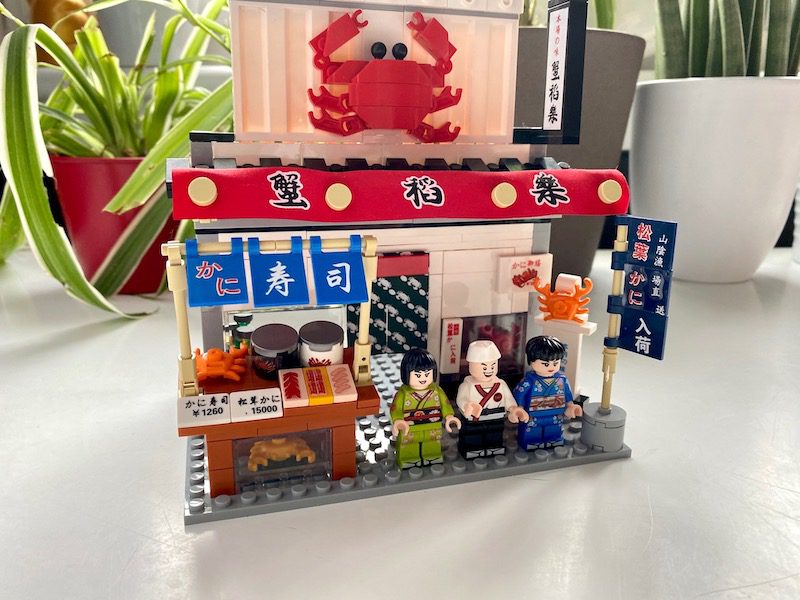 Our goal is to make our own Le Corbusier's Unité d'Habitation, but that might take a while, and a few specialist bricks. We actually bought a copy of The LEGO Architect by Tom Alpin that has a brick Unité d'Habitation on the cover but if you plan on buying it, here's a warning it doesn't actually tell you how to build it, or in fact most of the buildings in the book, which is a real shame.  We are now waiting patiently for instructions from OneWorldArchitecture. 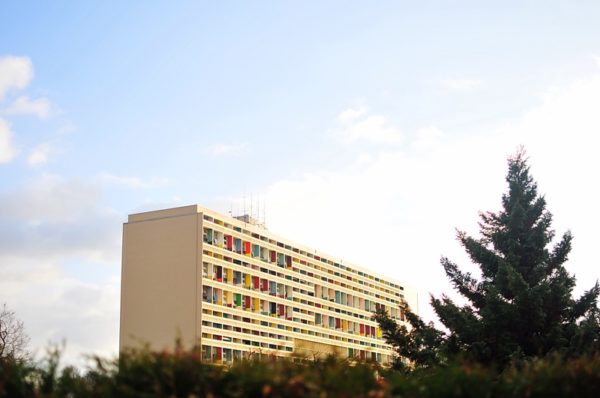 Le Corbusier's Unité d'Habitation in Berlin. We have also visited the original in Marseille.

We didn't make the replica Queens Cafe below, this one was ready-made and purchased from BrickingIt on Etsy. 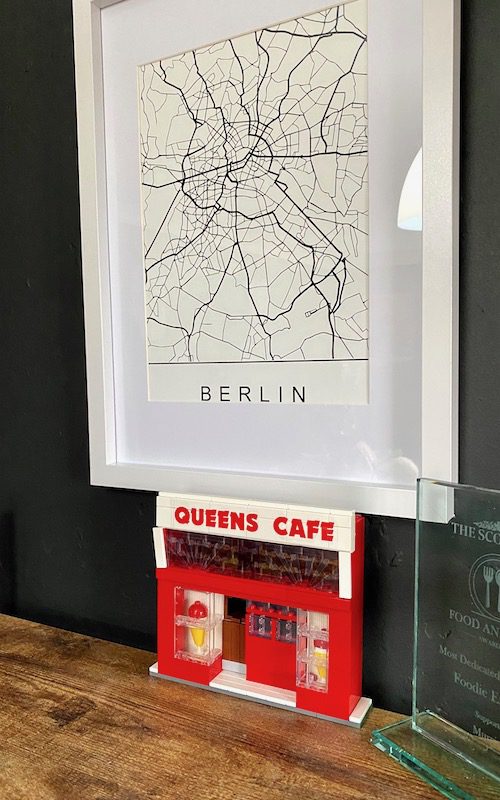