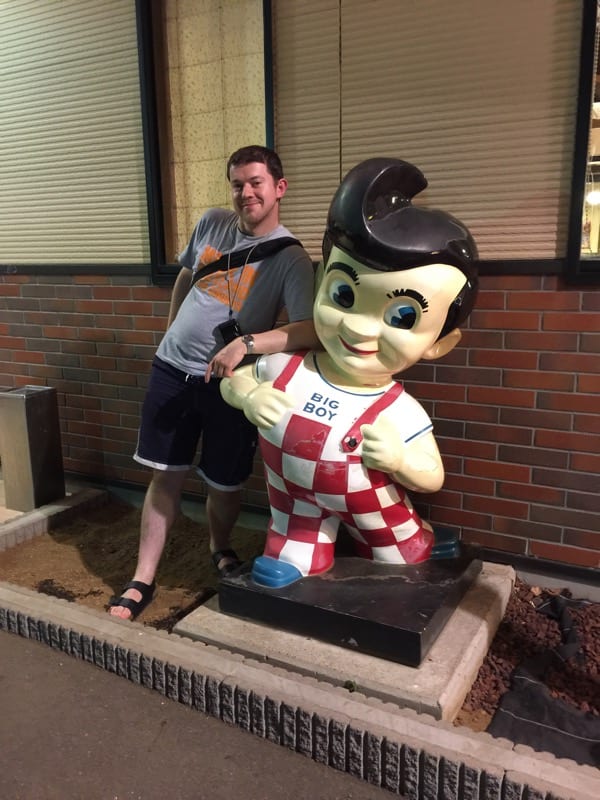 Always looking for something a little different we picked Big Boy Restaurant from our host's suggestions. 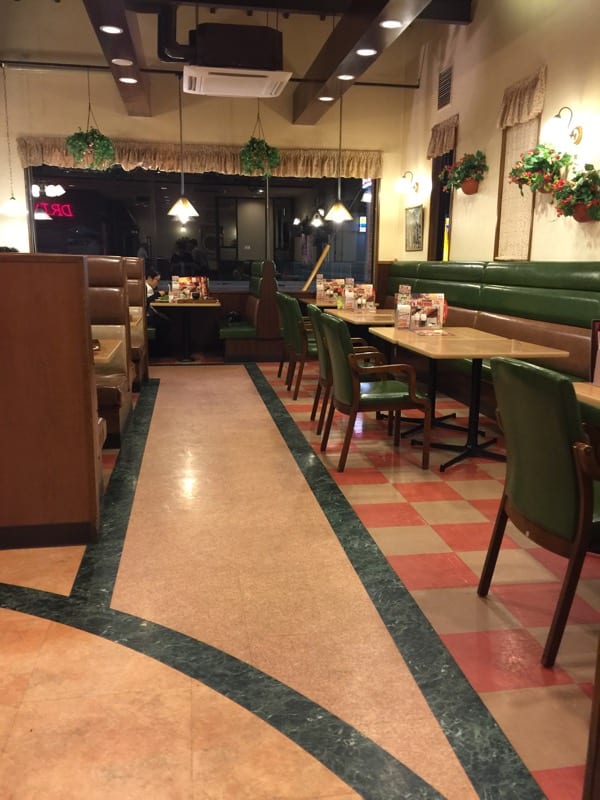 Big Boy is an American chain but they actually have more outlets in Japan. It's like a mix of American diner and the Little Chef.  Booths and retro eighties styling all the way here.  It matched well with the Cliff Richard background music (yes, really!). I guess that Sir cliff is...big in Japan? 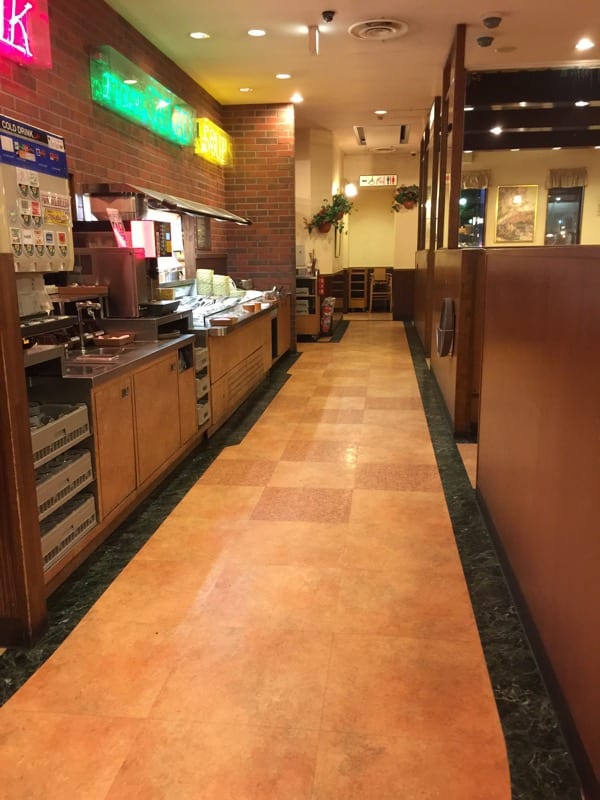 Meal deals include unlimited drinks and trips to the salad bar where you'll find rice and soups (including the ever-popular sweetcorn chowder). 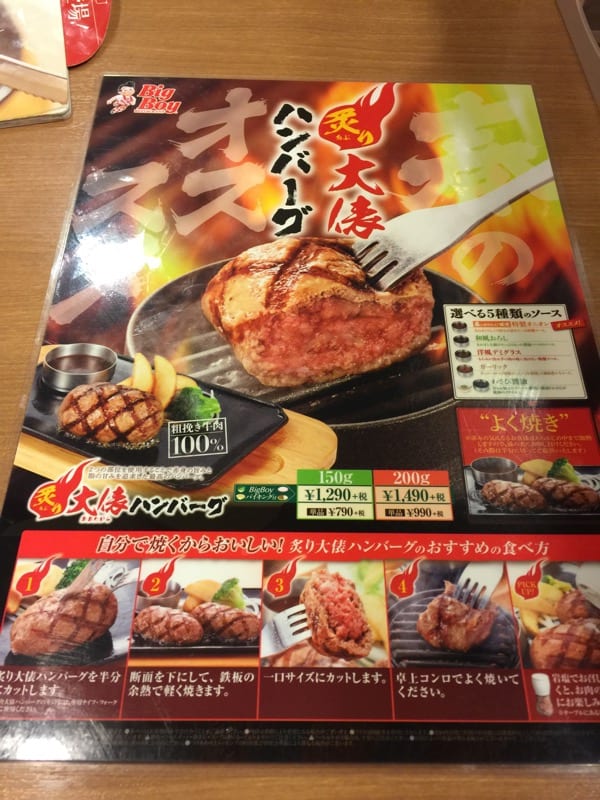 There are also bento box type meals for kids. 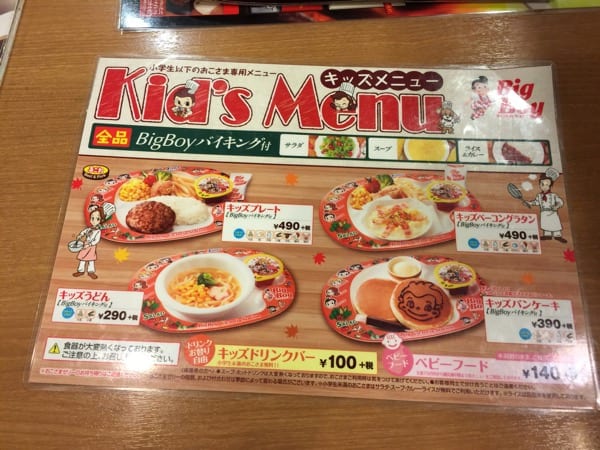 The speciality at Big Boy is the Hamburg, not a hamburger nor a steak but somewhere in-between - it's a partially cooked slab of meat that's been formed into a baked potato shape.  You receive a stove to further cook it to your desired doneness level like you would at a Korean barbeque. 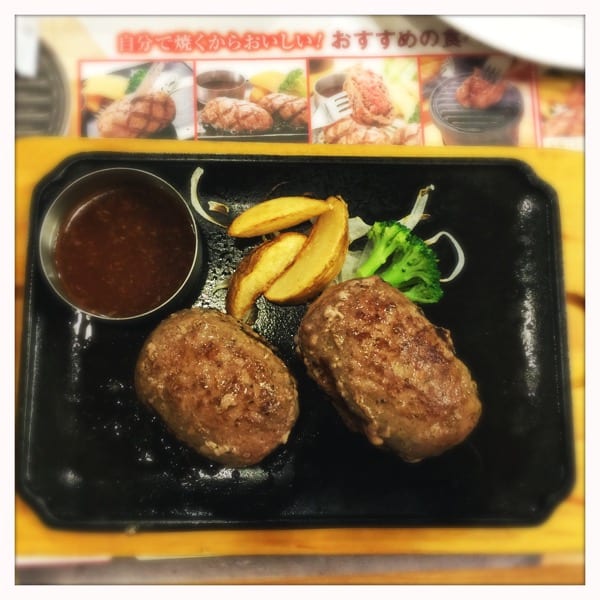 Mr Foodie and James-San ordered the main attraction: 350g of partially-cooked meat - one on its own for ¥1,590 and one for ¥2,090 which includes unlimited trips to the buffet bar, whilst Mrs Foodie picked a fully-cooked Hamburg with some panko-breaded prawns  and buffet bar access for ¥1,290 (¥790 without the buffet) 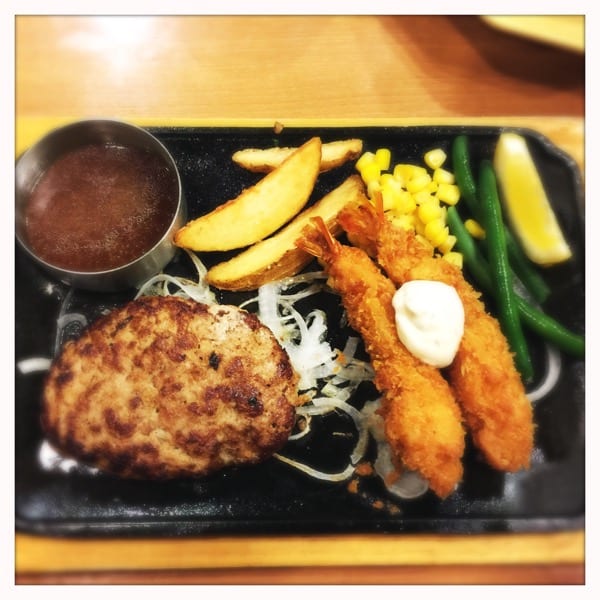 Both came with gravy/sauce which helped keep the burger moist. 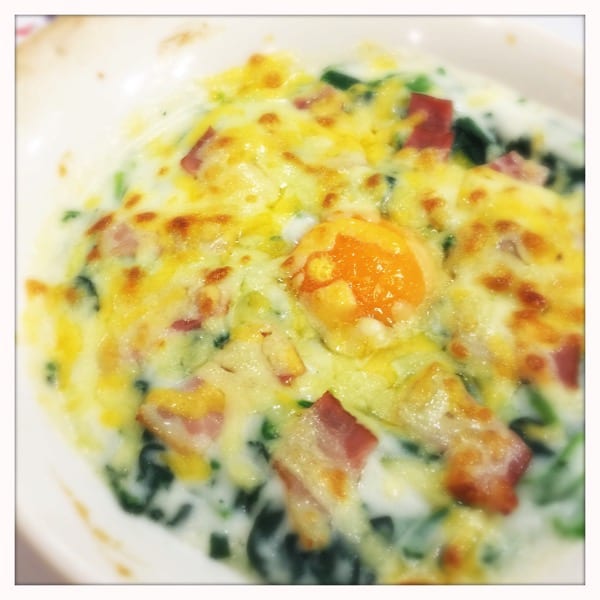 Mr Foodie also picked a side of ham, spinach omelette. Which was very creamy and full of spinach (¥790) 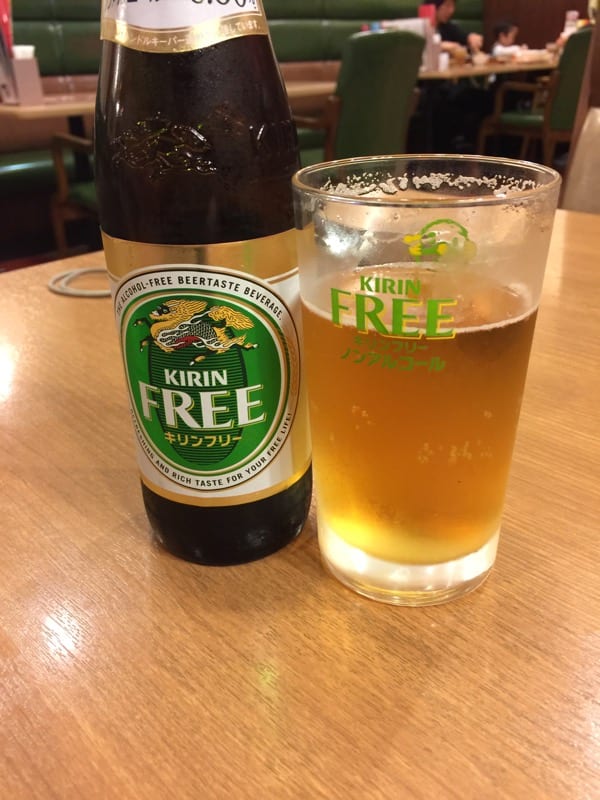 Of course, he had to check in a new beer... alcohol-free Kirin (¥350) and neither the best nor worst of the zero percenters out there.

We were too full for pudding sadly but green tea or chocolate ice-cream were the two main options.

Service, as always in Japan, was swift and courteous.  The food arrived quickly and was worth the money for what you got (¥6,110). We got around 165 yen to the pound when we visited so using our powers of calculation this meal cost around £37 for 3 happy bellies, or £12.34 each.

Find the menu and further info on the (Japanese) website here

« Whats On this Weekend in Edinburgh and Glasgow
Event Review: Gin Tasting at Glasgow Malmaison »