The unusual architecture of the Social Palace

Pallasstrasse bunker in Schöneberg in southern Berlin is a former air-raid shelter built in 1943 by forced labourers. A strange quirk of the future, the workers were housed in the former Augusta High School, which is now the Sophie-Scholl-Schule.  Give the film “Sophie Scholl - The Final Days” a watch if you're not familiar with the story of Sophie and the White Rose resistance movement and their opposition to the Nazis.  The bunker was never fully completed so it didn't house anyone but nowadays it is surrounded by dwellings!

A little history of the area - this was where the Berlin Sportpalast stood, where Joseph Goebbels held his 1943 "Total War" speech. 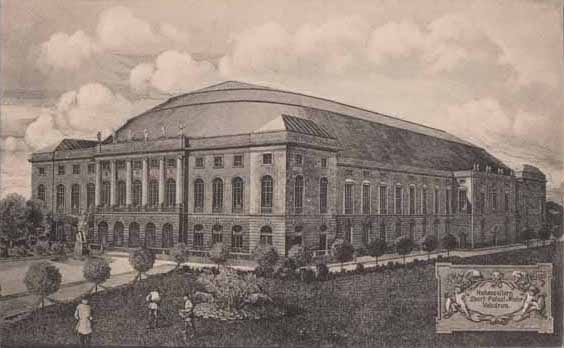 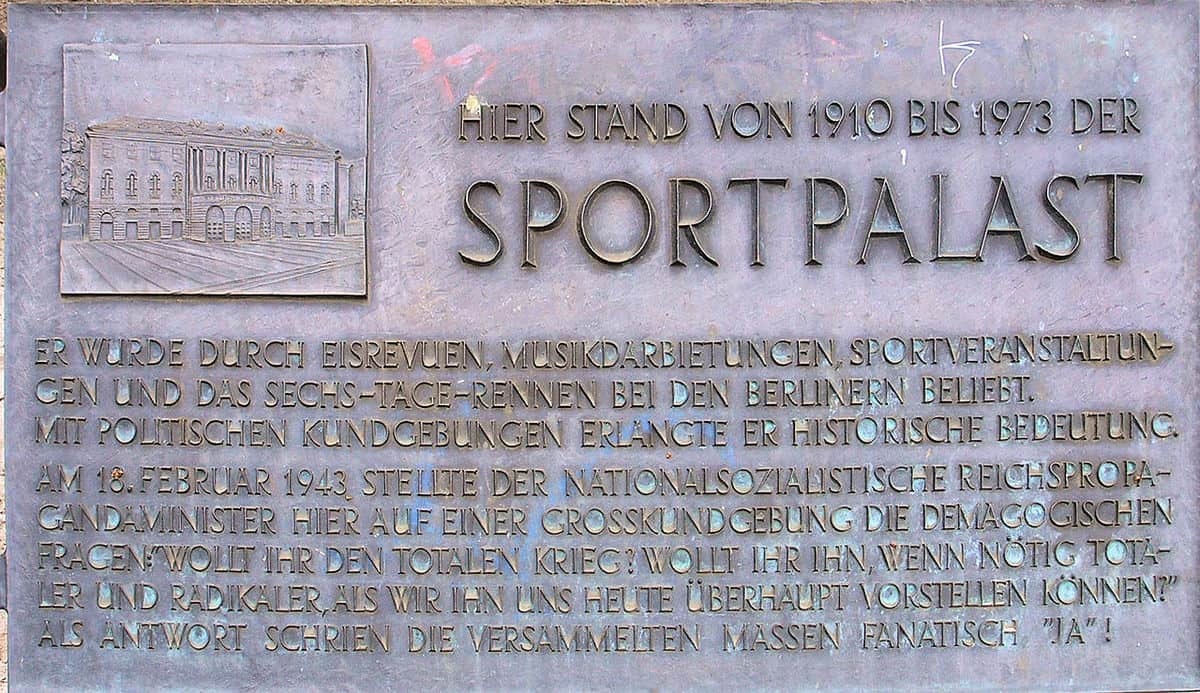 The palast was demolished in 1973 hence why the present housing estate is known to Berliners as the Sozialpalast ("Social Palace").

The bunker here wasn’t demolished, I think mainly due to the 3 metre think walls! So the housing estate grew around it.  Have a closer look at the colourful satellite dishes if you visit. 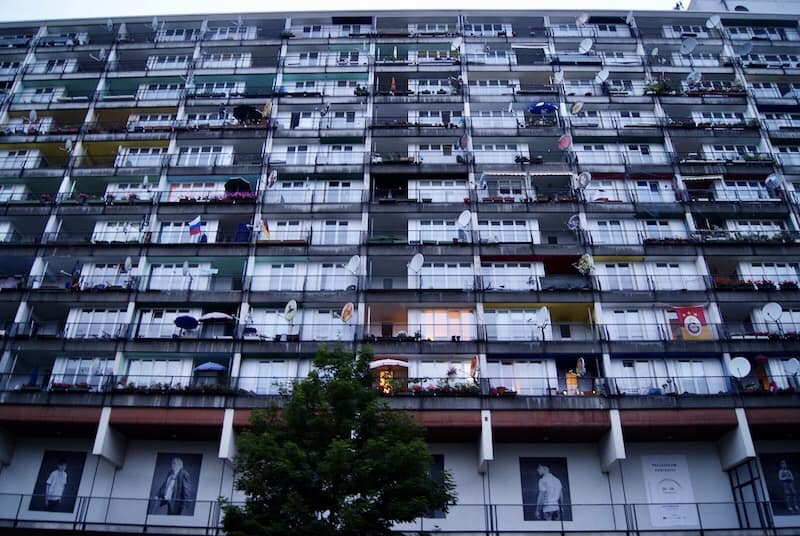 Many, though not all, of them have artwork. This is something we don't think we've seen anywhere else. 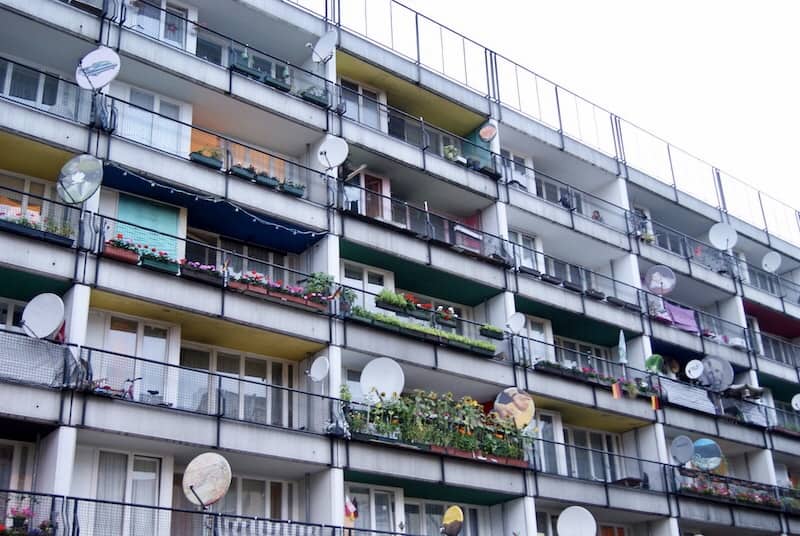 Some are religious while others appear to show family members. 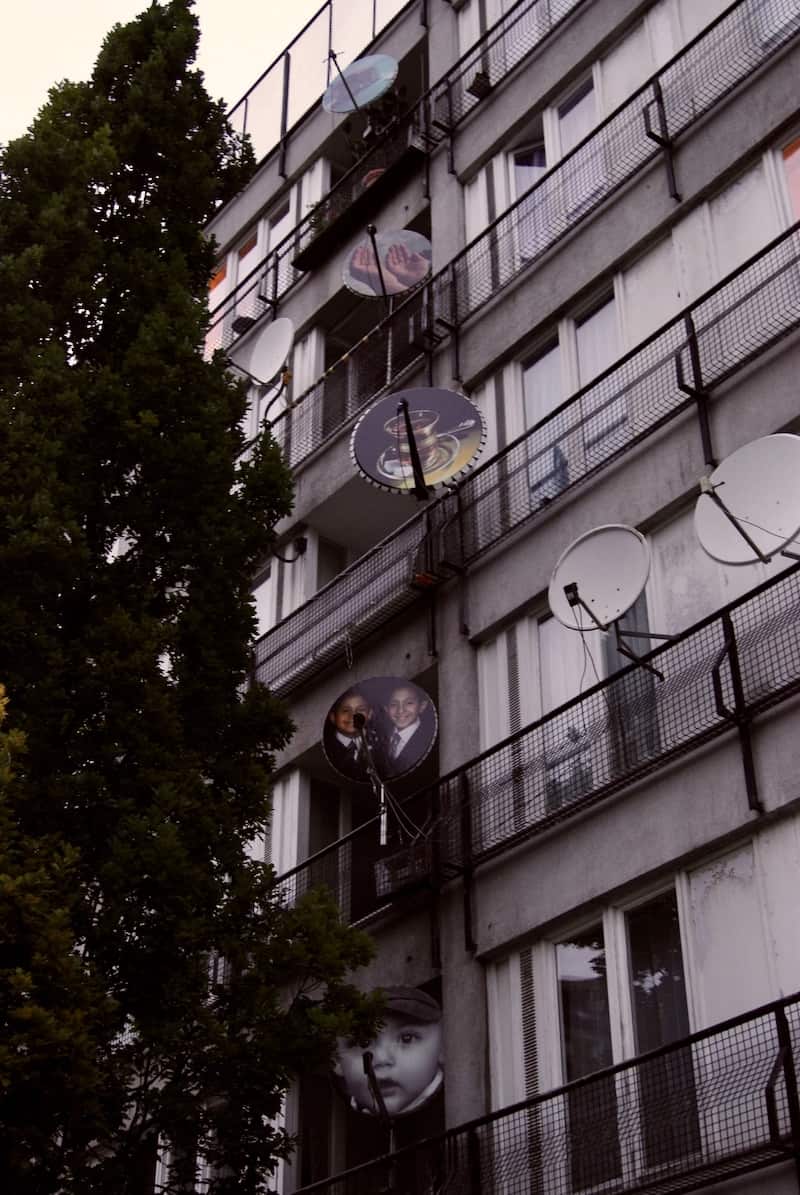 The Pallasseum is a listed block of flats that were designed from 1974 to 1977 by the architects Jürgen Sawade, Dieter Frowein, Dietmar Grötzebach and Günter Plessow. The buildings are made entirely of concrete. The complex includes a twelve-story block that spans Pallasstrasse and the Pallasstrasse bunker. Three six-story transverse buildings enclose two courtyards. 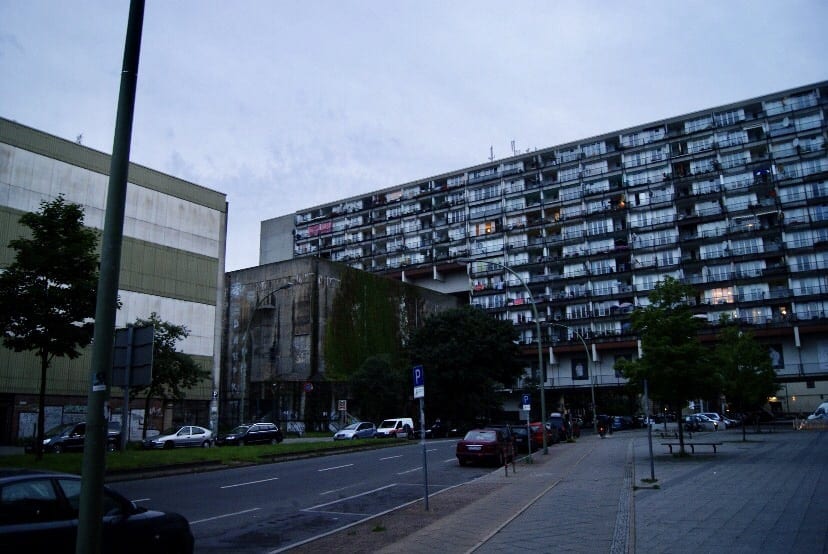 This is quite an unusual sight and worthy of a detour if you're in the area.

Are there any examples of social housing built around bunkers anywhere else in the world? 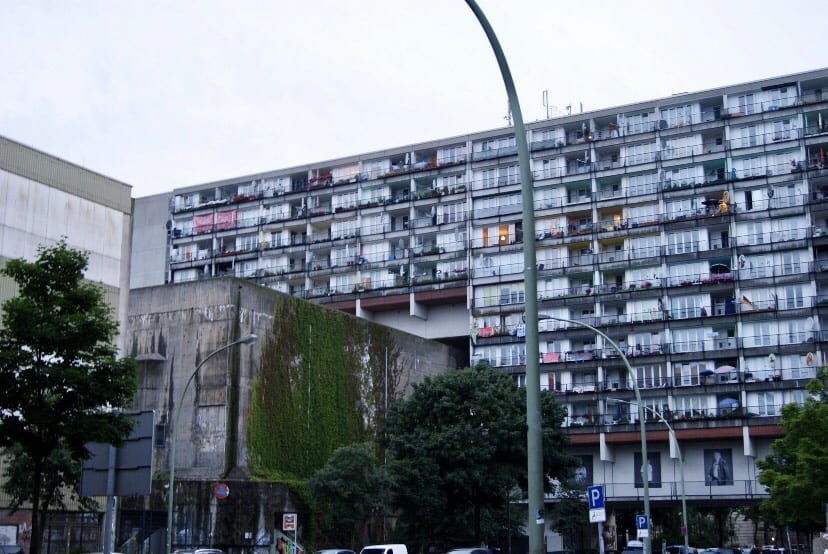