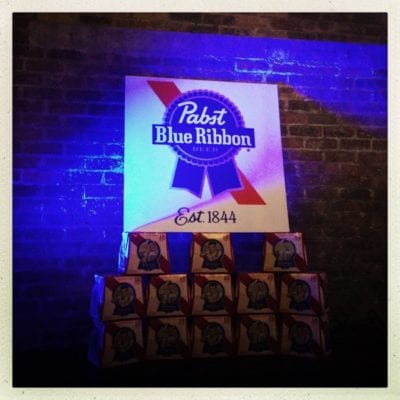 Pabst Blue Ribbon launches for the UK and Ireland market

Mr Foodie went along to the Glasgow launch of PBR, or Blue Ribbon as it's also known at SWG3 Studio Warehouse in Yorkhill yesterday. 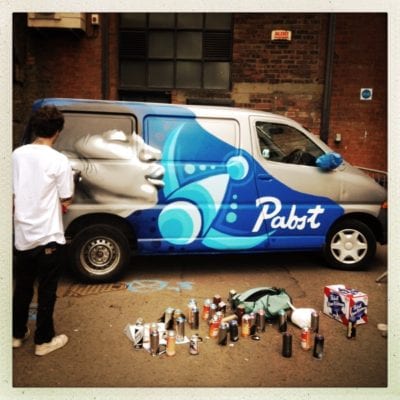 This iconic U.S. beer brand is set to hit the shelves of bars in Glasgow and other locations in Britain and Ireland, thanks to distribution from Tennents.

The event included elements of what makes Pabst Blue Ribbon different - such as their support to the art and music community, plus their love of skateboarding (insert half cut/half pipe joke here!). 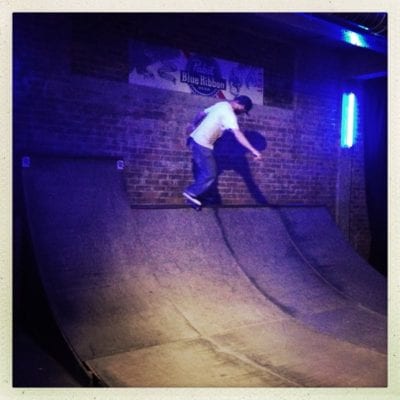 Mr Foodie's thoughts on the beer are:

"Better than the other mainstream American beers. A good all round lager with sweet taste and golden colour.  A perfect choice for watching the football or for drinking outdoors on a hot day". 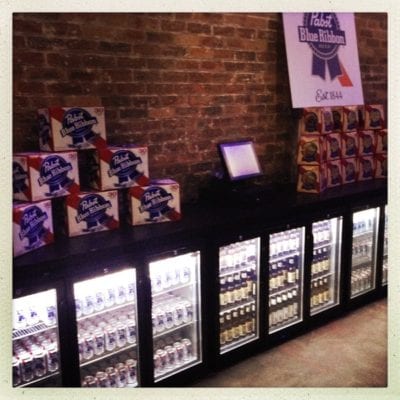 Also available on the night was "Not your father's root beer" a 4.5% alcoholic root beer from Small Town Brewery in Illinois, it had that sarsaparilla aroma that Mr Foodie usually associates with Deep Heat(!) and a very sweet taste. The same people also brew an alcoholic ginger beer and cream soda, which we should also expect to see on these shores soon.

Food was provided by BRGR.