One night in Lerwick

The Lerwick Hotel is not the prettiest of hotels from the outside, or inside at parts. It's what I imagined a hotel designed for Cumbernauld would look like (I survived growing up there so I'm allowed to be cruel!). 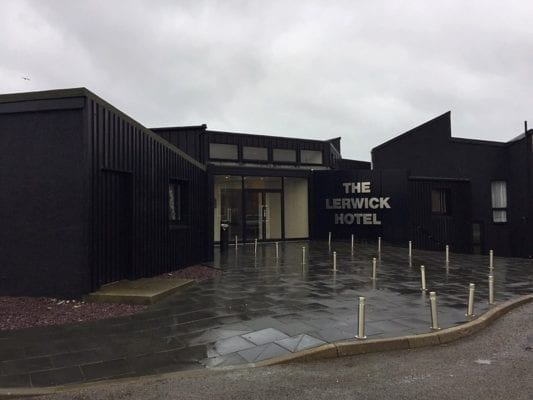 Located on the sea-shore on the outskirts of Lerwick. The best feature of the hotel is the view out to the North Sea. Stunning - actually very scary waves can be seen from your room as it was wet and windy when we visited. 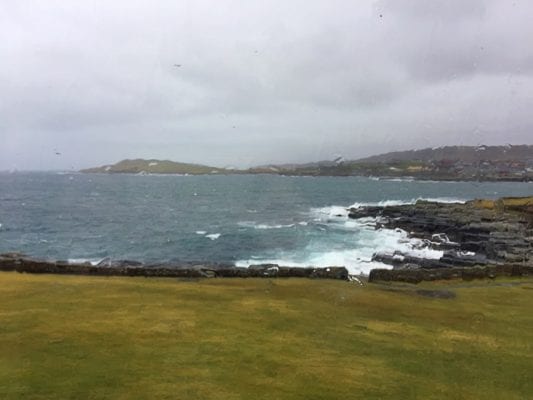 Checking in was easy but staff did seem a bit disinterested and bored. The hotel was a bit ghost-like at this time of year so they probably didn't have much to do. 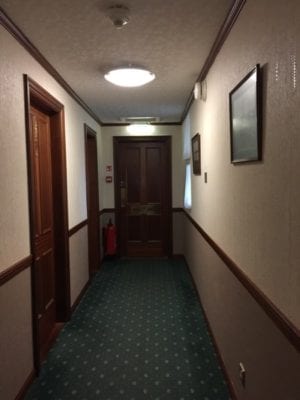 Past the howling wind that could be heard in the connecting room, down some dull corridors to our room to the night.

Small and dated sums the bedroom up. I was expecting the in-room tea set to be "eternal beau"! 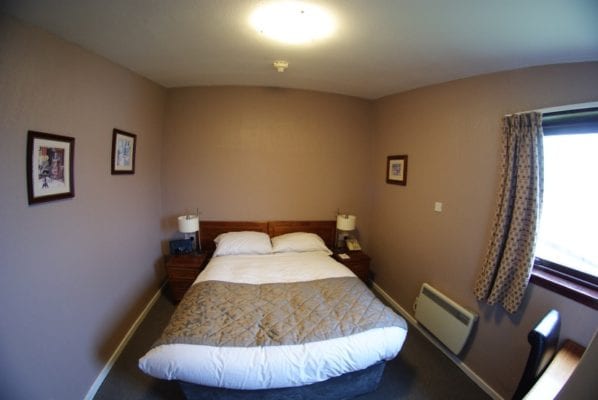 WiFi, hospitality tray, TV and the thinnest and most incidental notepad I've ever seen - it looked like the remains of a takeaway order pad, possibly left by a previous guest!  However, this was overtaken in the wow stakes by the used hairbrush beside the hairdryer in the drawer! 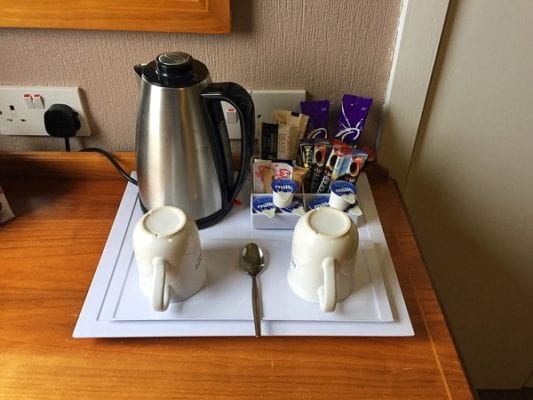 It looked like some money had recently been spent on the bathroom. New Lino, toilet, shower and a really small bath, which I struggled to fit lengthwise into, and I'm a shorty! It was the most uncomfortable bath I've had in a while but at least you had the option I suppose. 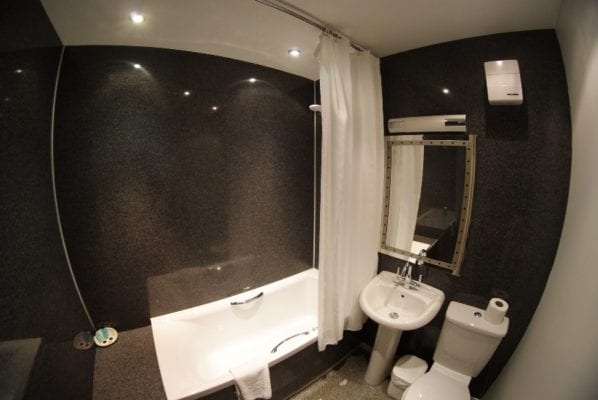 After a day out exploring Lerwick we returned to our room late so decided on sharing fish and chips from room service. We weren't expecting much...

But it was actually pretty good: two pieces of fairly fluffy, non-soggy fish with a crisp batter and what looked like proper chippy chips! The tartare sauce seemed to be just salad cream with some gherkins chopped in it - personally, I like the vinegary taste of salad cream so this was OK and not just the pretend tartare sauce served up which is all mayonnaise. 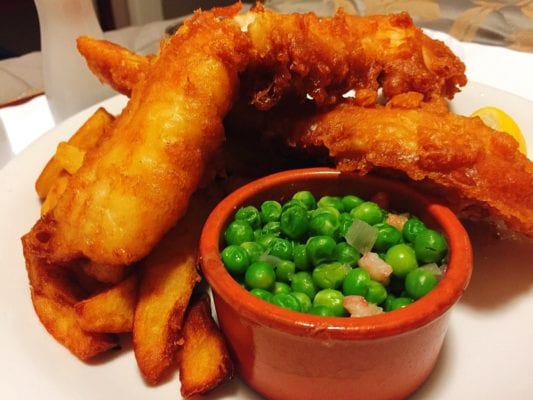 The peas came with bacon and onions  and again tasted good. We were pleasantly surprised, considering the quick service, on the quality received. We ordered a pint of beer too, and they had one ale from the Valhalla brewery on cask (Simmer Dim). Sadly it wasn't great, Mr Foodie reckons this is the weakest beer they brew.

The wind picked up, and we could hear it passing through the building. So maybe not the best of sleep overnight.

Next morning it was time to try out breakfast. A selection of cereals and fruit, fruit juices, some ham and cheese plus teas.

The hot breakfast selection was limited with fried items, a selection of eggs and grilled kipper. However, all were cooked to order with the kipper and poached egg tasty. 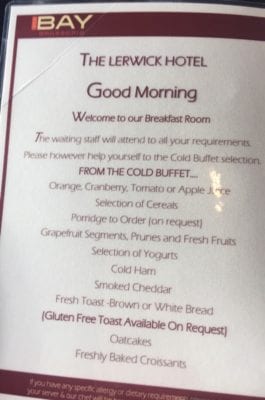 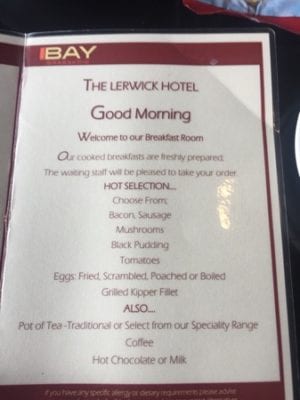 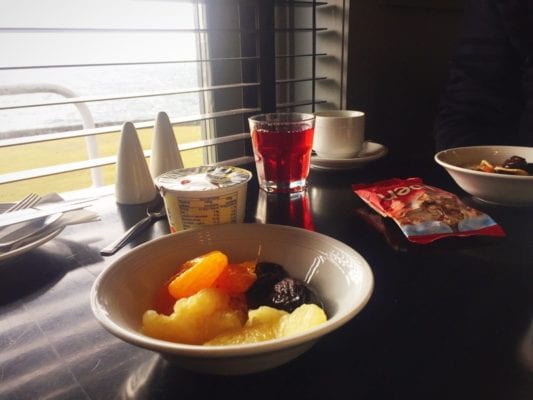 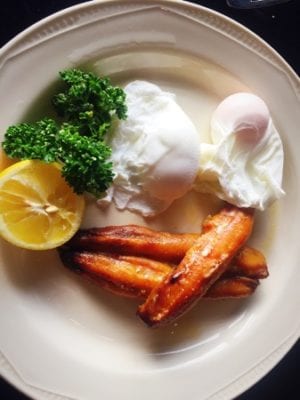 The Lerwick Hotel seems like a hotel primarily for those working on Shetland - just don't expect a long soak at the end for your shift! The rooms are small, dated and the whole atmosphere is that of a place to lay your head and not much more. 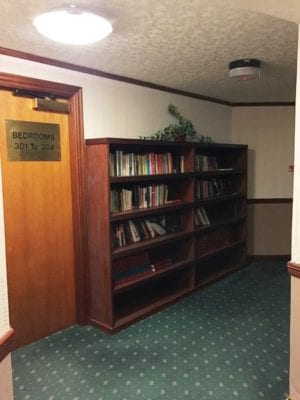 You might want to read a book as there's a "library" (shown above) and shoe polisher available in the common areas. A one night B&B stay for two people cost us £89, making it cheaper than anywhere else we saw in Lerwick. The room service meal cost an additional £17.60.

The historic Broch of Clickimin (FREE entry, open all year), a Tesco supermarket and fjara cafe restaurant bar, Lerwick are all a mere 10 minute walk away. Lerwick town centre is only a 10-minute walk in the opposite direction.