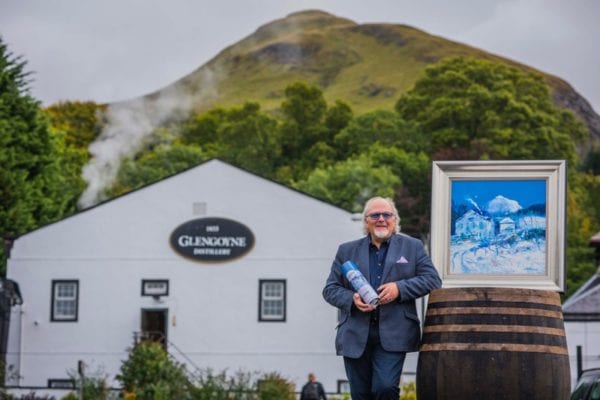 Don’t worry there hasn’t been a quick season change at Glengoyne Distillery!    Glengoyne have revealed the second in a series of limited edition gift tin releases in partnership with one of Scotland’s contemporary artists. 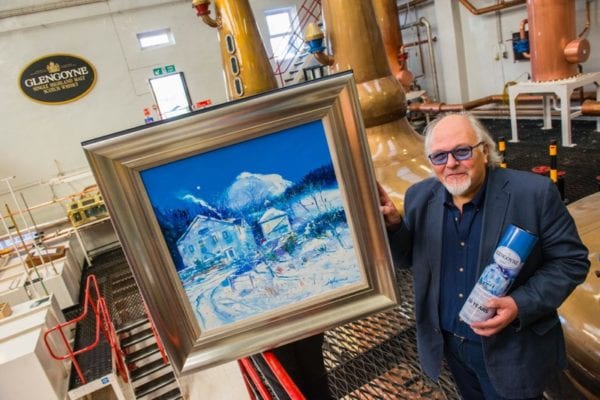 ‘Heavy Snow at Glengoyne Distillery’ by John Lowrie Morrison, also known as Jolomo, is the second in a collection of four seasonal paintings of the distillery commissioned by Glengoyne.

The original painting will be auctioned and the proceeds from this, along with a donation from Glengoyne, will go towards The Mackintosh Campus Appeal to help The Glasgow School of Art recover the tragic 2014 fire in the Mackintosh building. It is hoped that £50,000 will be raised for the cause over the course of the four-year project.

Each limited edition tin contains a bottle of the Glengoyne 10 Year Old Highland Single Malt and a print of Heavy Snow at Glengoyne Distillery. They’re available to buy online for £35.49 from www.glengoyne.com, from the distillery shop and specialist and independent retailers. Dare I mention the C word two days in a row, it’ll make a good Christmas present for a whisky fan.