The history behind Glasgow's legendary restaurant

Well-known Glasgow restaurant, Rogano, hasn't re-opened yet after its Covid closure but our friends at Lost Glasgow brought the restaurant back into our minds with a menu from 1963. Look at this beauty below. Many thanks to Lost Glasgow for allowing us to re-publish these pictures.

Isn't the menu astounding? I'm loving that pasta is a 'continental sundry' and that chop suey and Indian curries have their own sections. Lobster curry anyone? What would you choose?

But did you know that there used to be more than one Rogano?!

The other Rogano was located at the corner of North Street and Kent Road. Where Tesco Express is nowadays. Here is a photo from Virtual Mitchell showing the Rogano peeking out the left-hand corner below.

Here is a look at approximately the same location today.

This site operated as Rogano until around 1957 then it became the Scandinavian-themed eatery 'Skandia'. Old Glasgow Pubs' website has an advertisement for Rogano and Skandia and interior photographs of Rogano at North Street / Kent Road.

Their book, Glasgow Pubs and Publicans can be purchased from their website, is an excellent resource for a pub geek.

Skandia changed to The Mousetrap Wine Bar in the mid-'70s.

Another superb site to get lost in is the Scottish Road Archive. It is THE place to go to if you want to know about civil engineering on Scottish roads, history and like to geek out on old photos (especially involving Glasgow motorways!).

They have kindly allowed us to link to a couple of images here showing the construction of the M8 motorway and you get to see some bonus Rogano in the background. 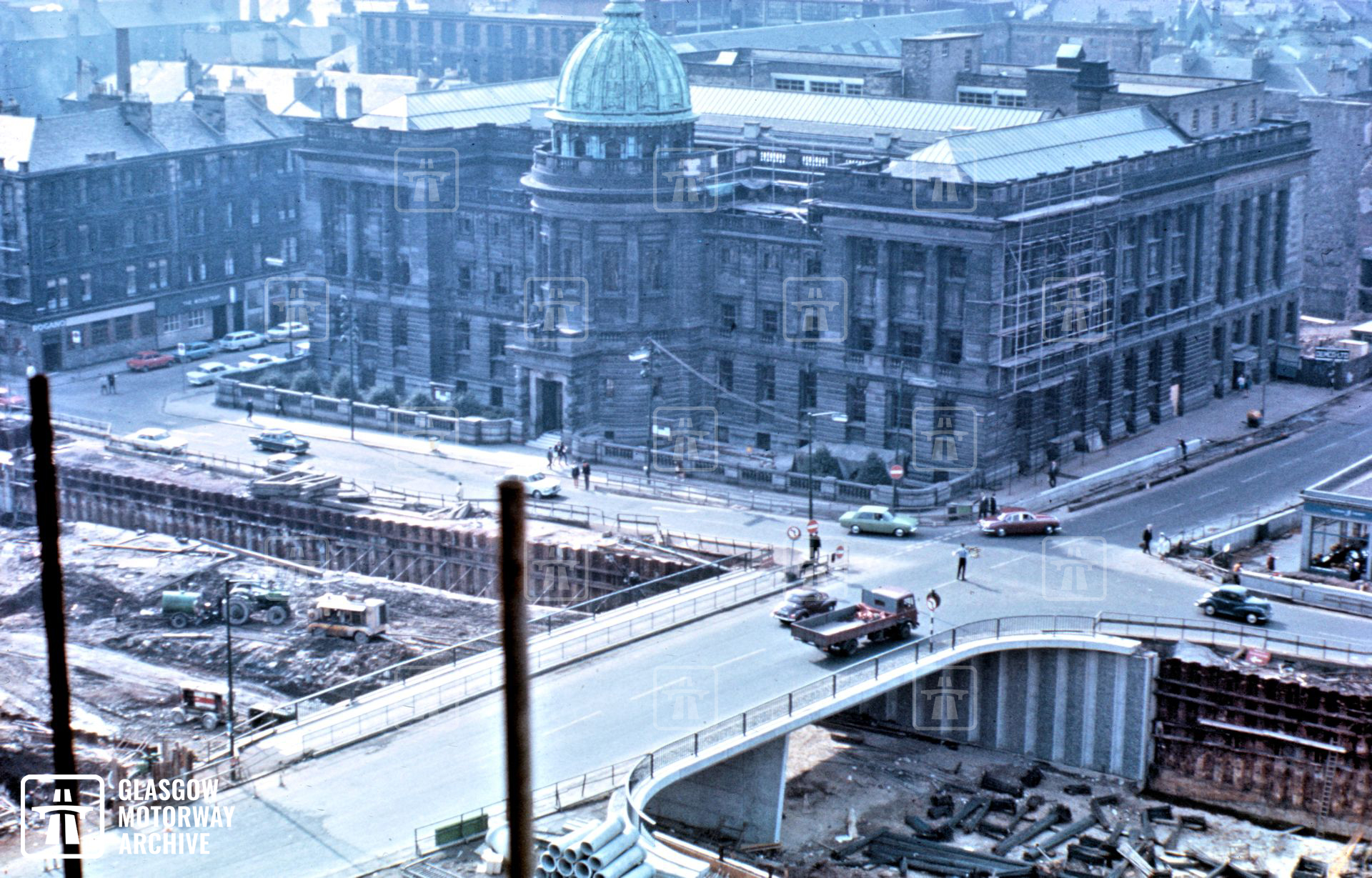 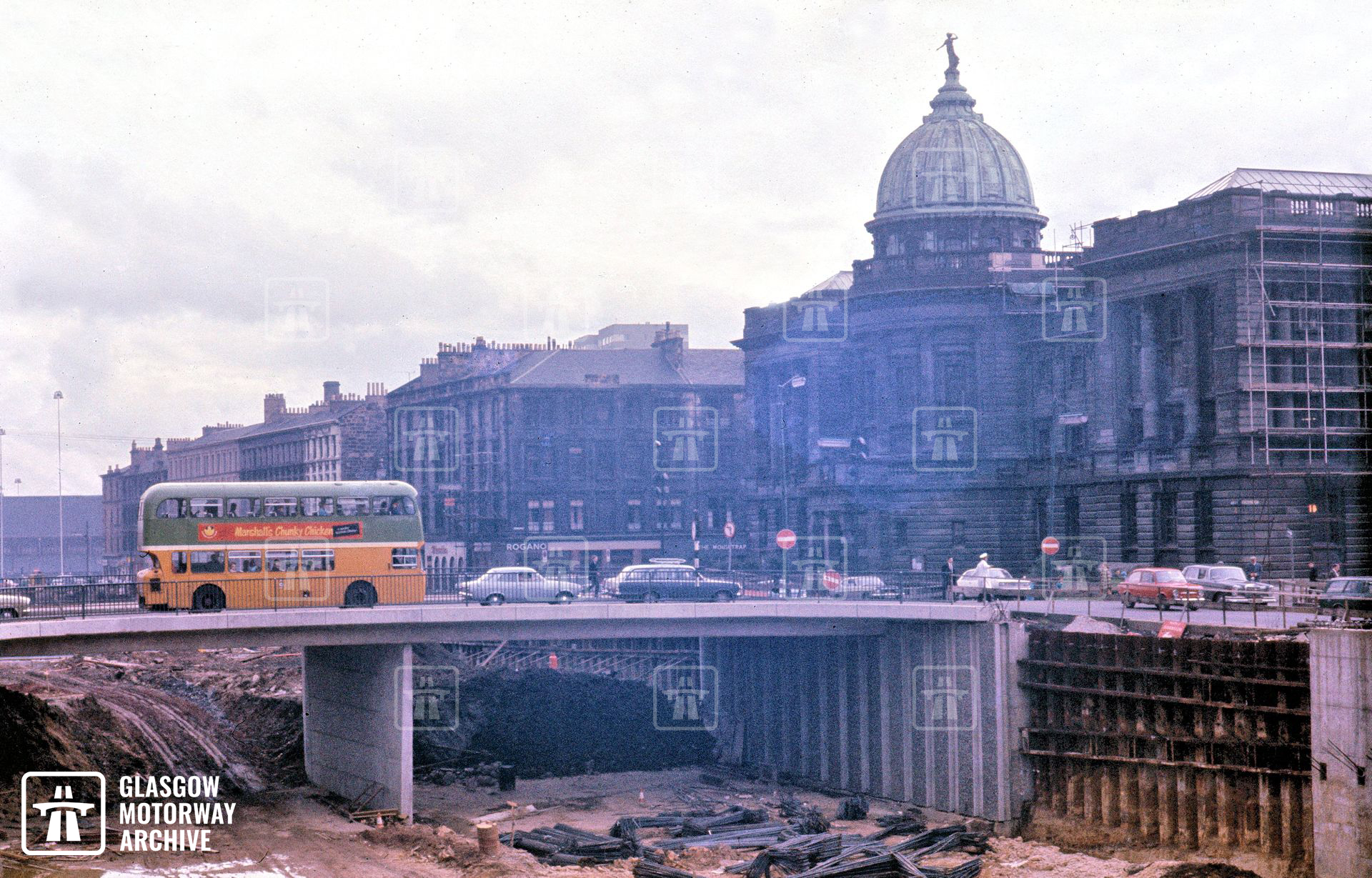 Today this is The Union Bar, previously it was The Merchants Quay, The Sportsmans and Jim Baxters. Before it had an alcohol license it was the Glasgow Coffee House and was taken over by James Henry Roger as another outlet. When the business was sold to the Grant family (more on them below), the name was changed to The New Regano to avoid confusion with the other sites. Find out more about the history of this pub on Old Glasgow Pubs website.

So back to the Rogano we know of today. Originally opened as The Bodega Spanish wine cellar in 1874. Just like a bodega on holiday, you could buy wine straight from the cask. James Henry Roger was a Glasgow wine merchant (read more about him at Glasgow Museums Art Donors) who took over ownership and changed the name to Rogano. This was from the first three letters of his name 'Rog' and 'ano' from 'another' about his silent business partner Mr Anderson.

The Grant family took ownership of the flagship Rogano bar off Royal Exchange Square in 1935 and closed the bodega bar and refurbished the building into the Rogano we know today.

Rogano was fitted out in the same Art Deco style as the Cunard ship, the Queen Mary. Legend has it that shipyard staff would pay their bills with wood intended for the Queen Mary. Architect John Thomson was commissioned to refurbish the interior with Charles Cameron Baillie. Mr Baillie designed the stained glass features in the Queen Mary. He was also commissioned to paint a fantasy seascape mural inside the restaurant.

The Rogano continued under the stewardship of Don Grant until his death in 1957 when his daughter Valerie took over. In 1983 they sold the Rogano to Alloa Breweries and Ken McCulloch (their portfolio also included Sloans). McCulloch later brought the Malmaison and Dakota hotel brands to life and was also involved with another Glasgow institution, the Buttery. The Rogano restaurant was refurbished and reopened on 26th June 1984 with head chef Ferrier Richardson. Since then, and due to mergers and acquisitions, ownership changed hands many times between Allied Lyons, Allied Domecq, Joshua Tetley, Carlsberg-Tetley, Punch Tavern, Punch Retail and The Spirit Group around 2001. In 2006, James Mortimer of Glasgow-based Lynnet Leisure bought the Rogano for £7m.

The Rogano continued to operate until the Covid-19 lockdown and is unfortunately still closed at the moment. However, during this time plywood sheets protecting the exterior have been used by a variety of artists to create Rogano-inspired artwork.

Hopefully, it won't be too long until we see the Rogano back.