Brunch at Kilmurry & Co in Shawlands

Located where the disappointing Green's Coffee House used to be, and before that BetFred and once upon a time, Newlands Post Office, is Kilmurry & Co. If you've passed here recently you'll have noted the outdoor seating area, which blocks off the post boxes but they are actually still in use.

Open for breakfast, lunch and dinner, we came to Kilmurry & Co for weekend brunch seeking out waffles, eggs, pancakes and the like. 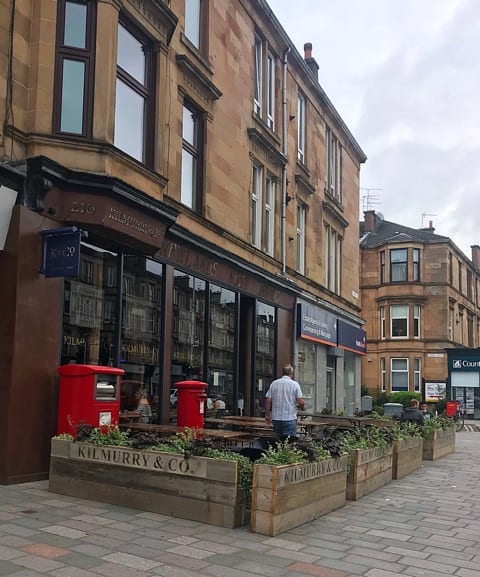 Inside is a jumble of styles, modern stripped-back exposed brick hipster meets 70’s Brooklyn with some post-industrial bits thrown in. Eclectic! 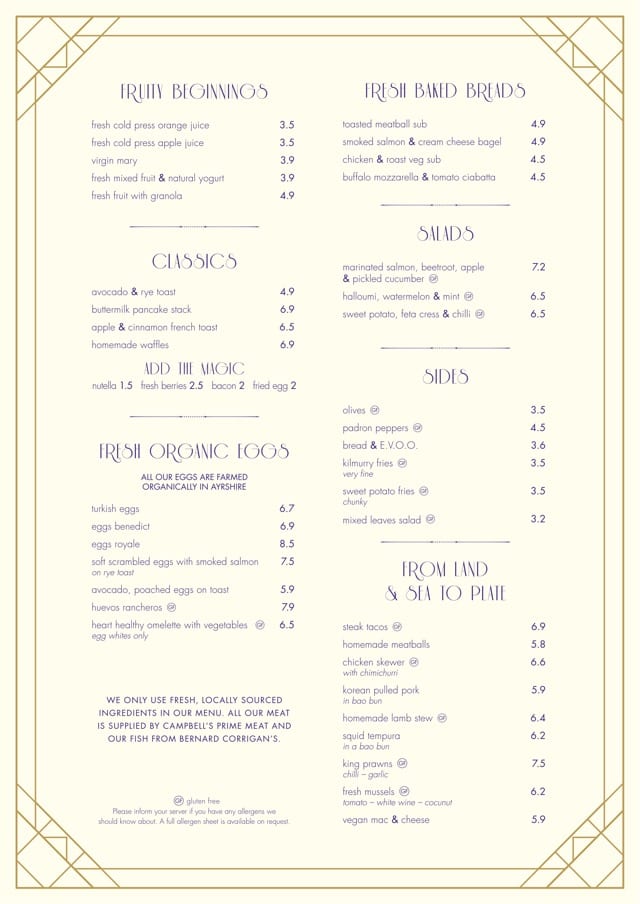 Well, we started with drinks of course, a flat white (£2.30) and a Cafe Bon Bon (£2.90), which is the Spanish coffee cafe Bombon, espresso topped with condensed milk from Valencia, served as an espresso with a glass of condensed milk. 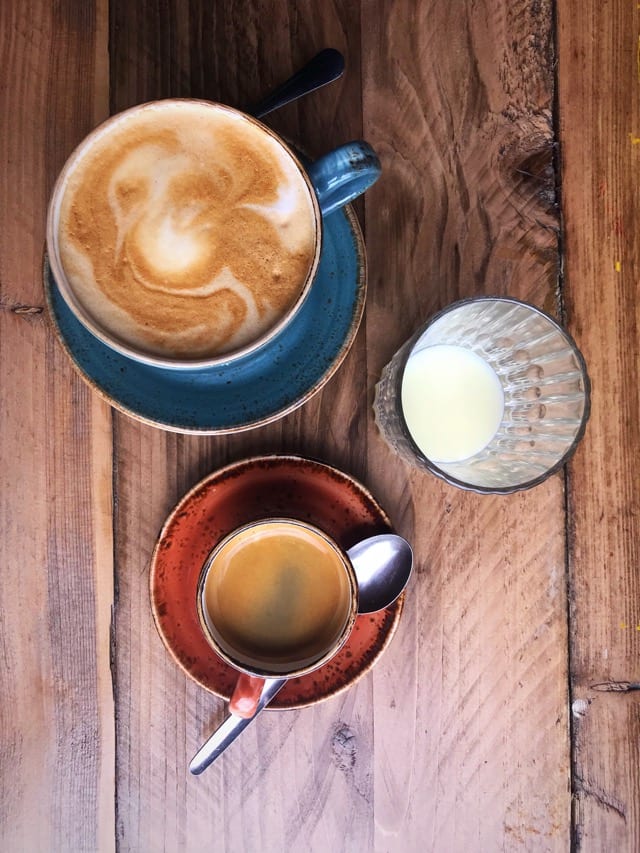 A good strong coffee.  Not the traditional way for a Cafe Bombon to be served I don't think, but still a top coffee. 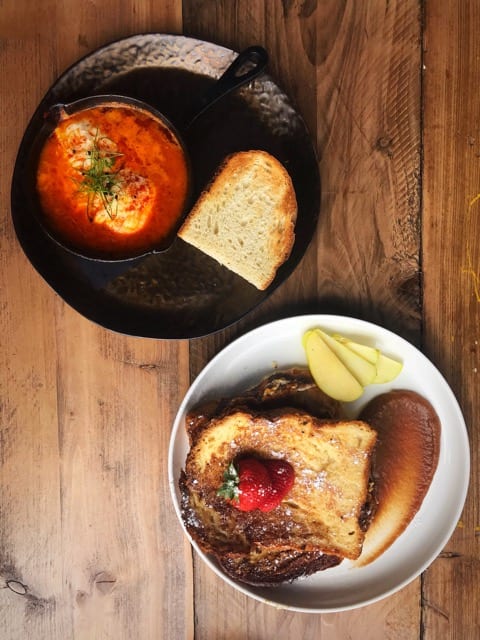 Mr Foodie picked the Huevos Rancheros, which caught the eye of an adjoining table as it arrived bubbling away.  There was lots of gooey cheese melting into the chorizo flavoured tomato sauce which Mr Foodie thoroughly enjoyed. 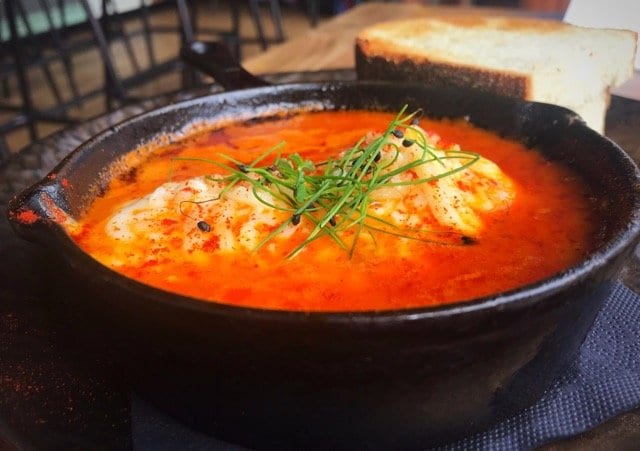 Wow! 😍 what a chunk of French toast, two doorstop brioche bread slices served with an apple sauce.  Could have been a tad more cinnamon for me but fluffy, gooey bread and lots of it.  I think you could safely share this for a romantic brunch. 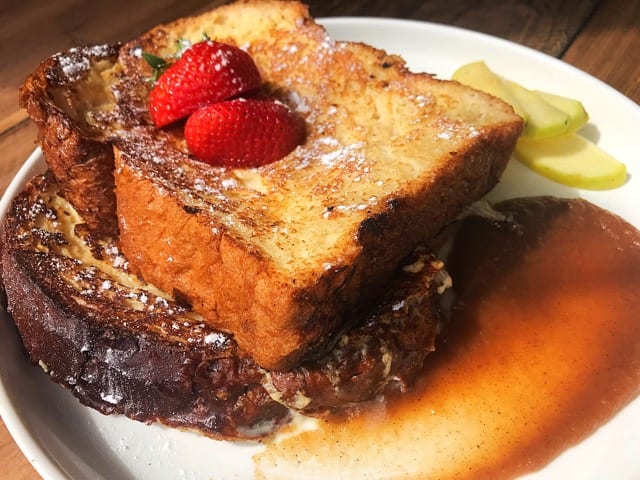 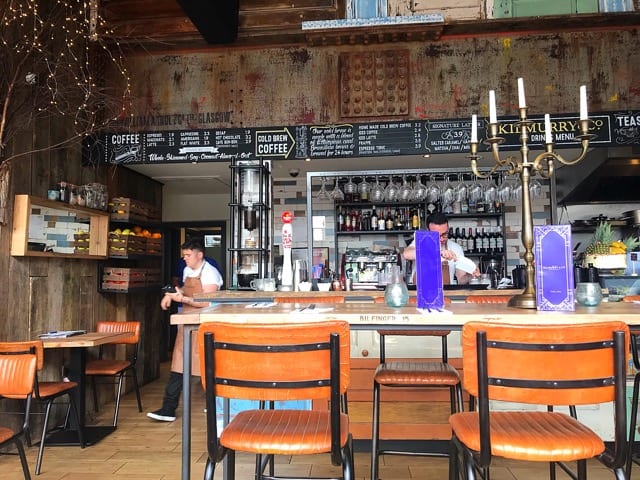 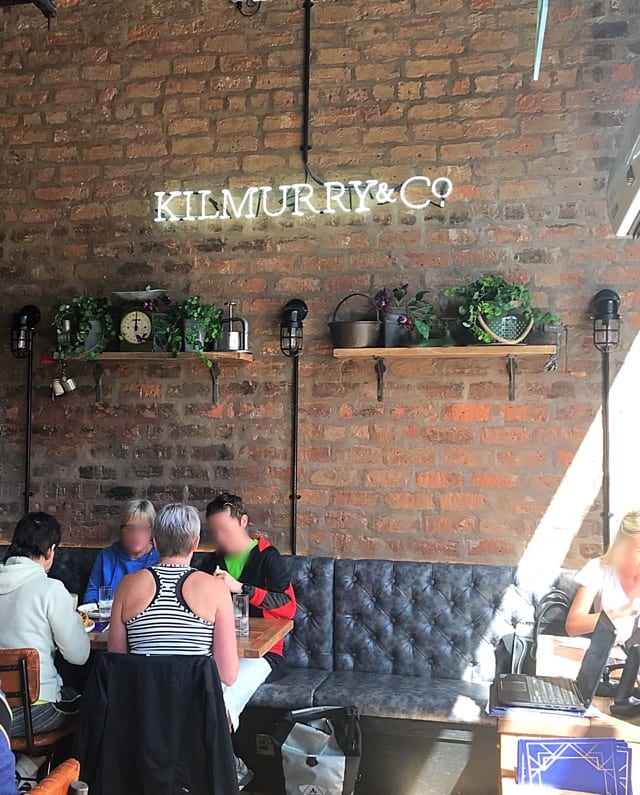 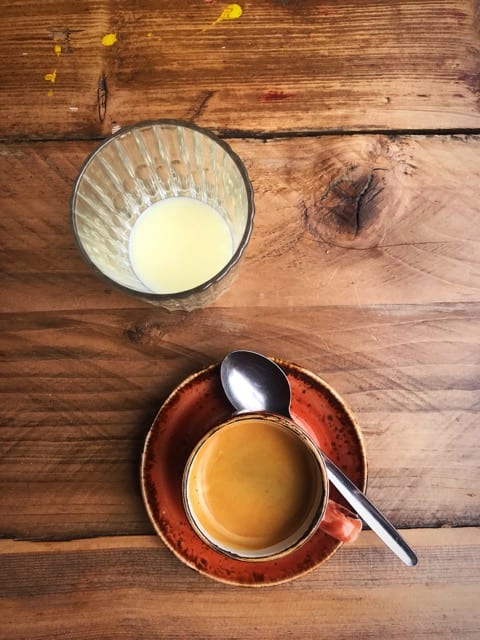 Service was quick and friendly.  Food delish, and that massive shareable portion of French toast to bring a smile to my eyes!

Total bill was £19.60 for our 2 dishes and 2 drinks which was spot on for what we got. It's a lot better than Green's which was there before.
Toilets not checked on this visit but I made another visit soon after (see below!)

- Nothing to moan about

Mrs Foodie had a cake date and checked out the toilets this time.   Both cake and toileting were satisfactory 😂 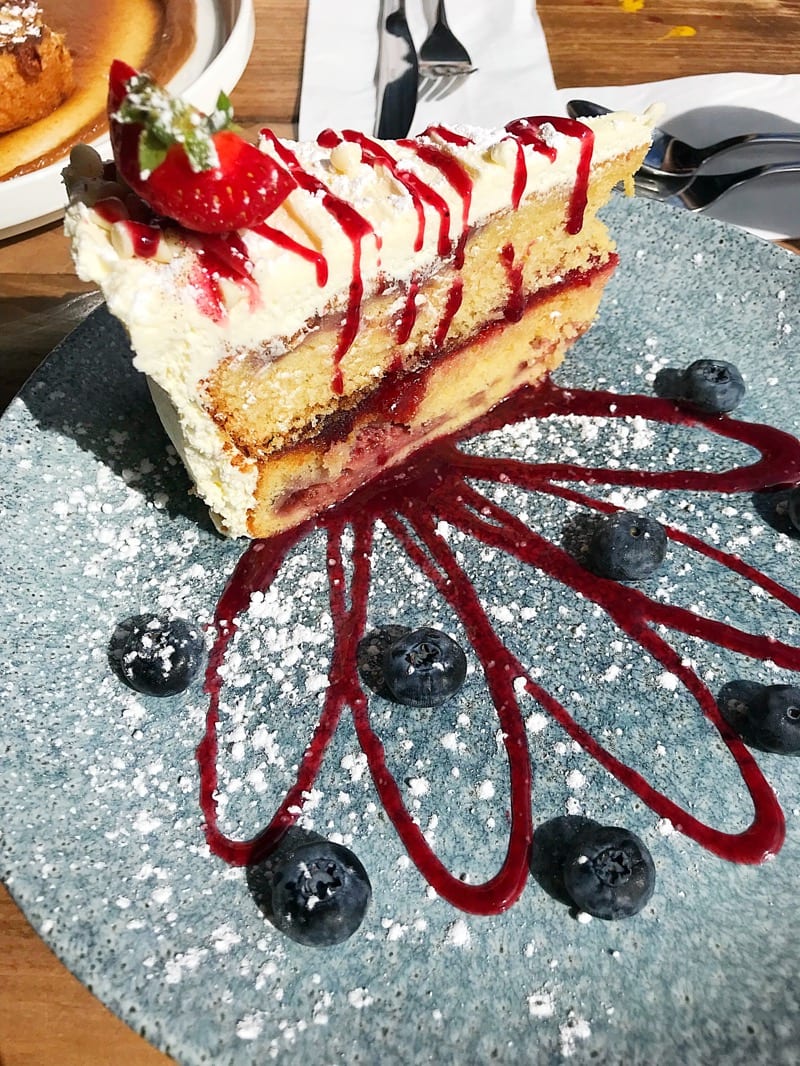