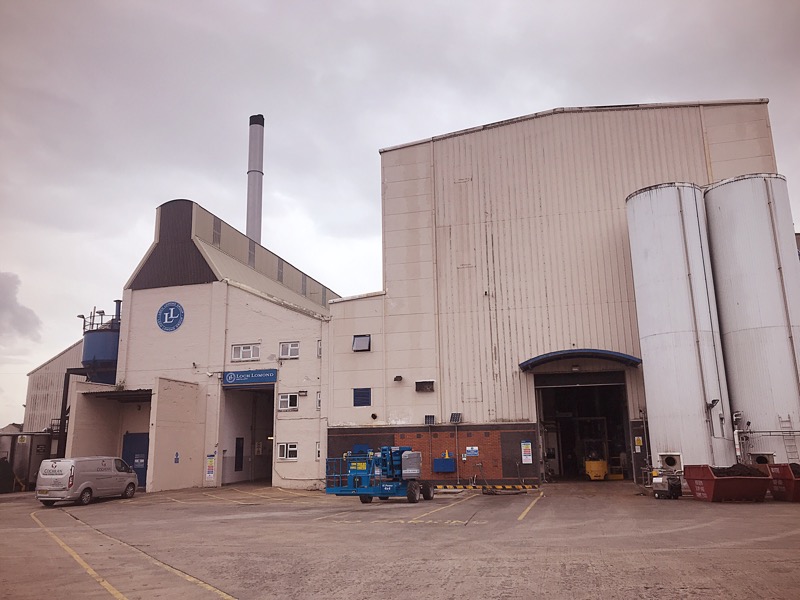 Loch Lomond Distillery was commissioned by the Littlemill Distilling Company in 1964 (I’ll put together a piece about this soon!). Unfortunately in 1984, the distillery closed, but was re-opened in 1987 under new owners. 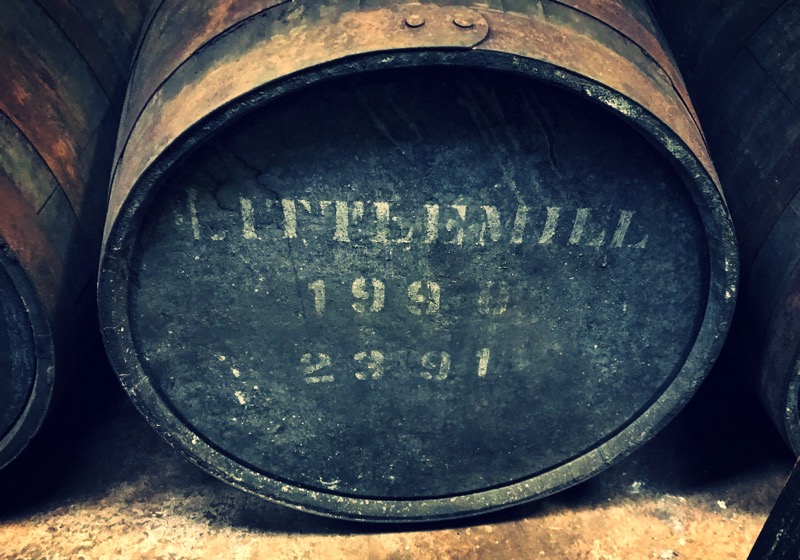 The distillery is unusual in that it produces both grain and malt whisky and has two different types of stills. 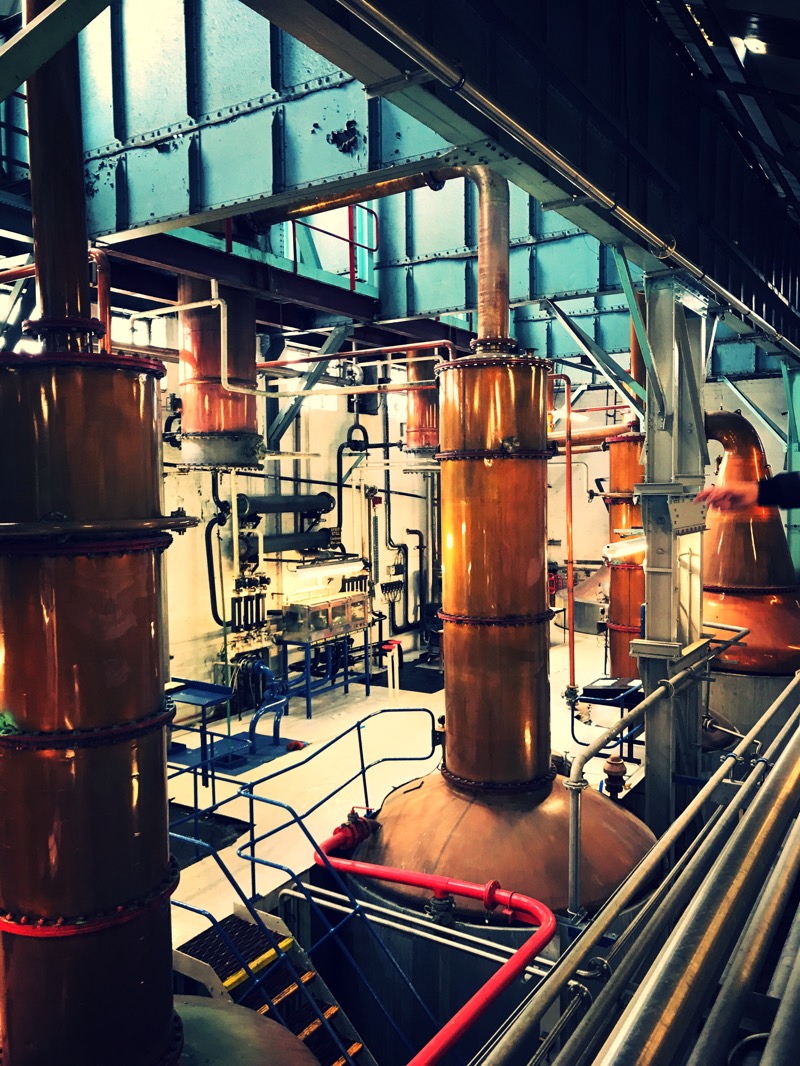 Traditional pot stills as well as column stills means that a variety of flavours can be developed. The column stills can produce alcohol up to 90% ABV where normal pot stills deliver the alcohol at around 70% ABV. This style of still allows for different ‘flavour notes’ to be captured. 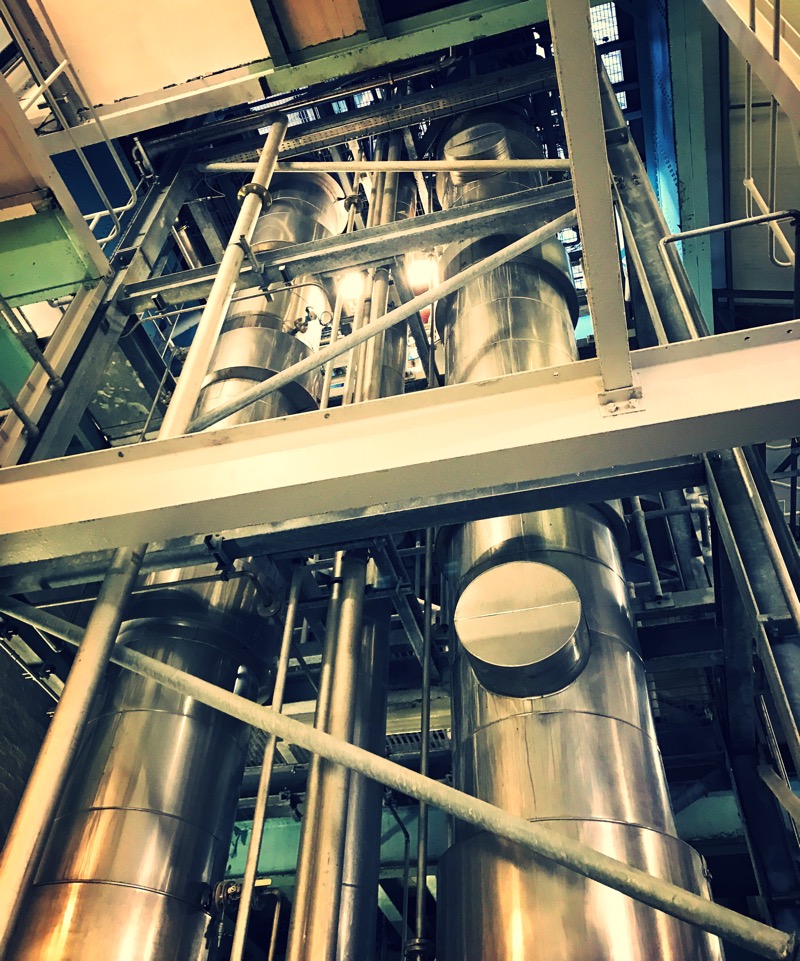 The Loch Lomond Cooperage has been in operation since 1994, with the distillery being one of only four in Scotland that has their cooperage on site. I got to watch the coopers at work, dismantling barrels, fixing rivets, re-charring barrels and showing their skills which fix around 10,000 barrels a year! 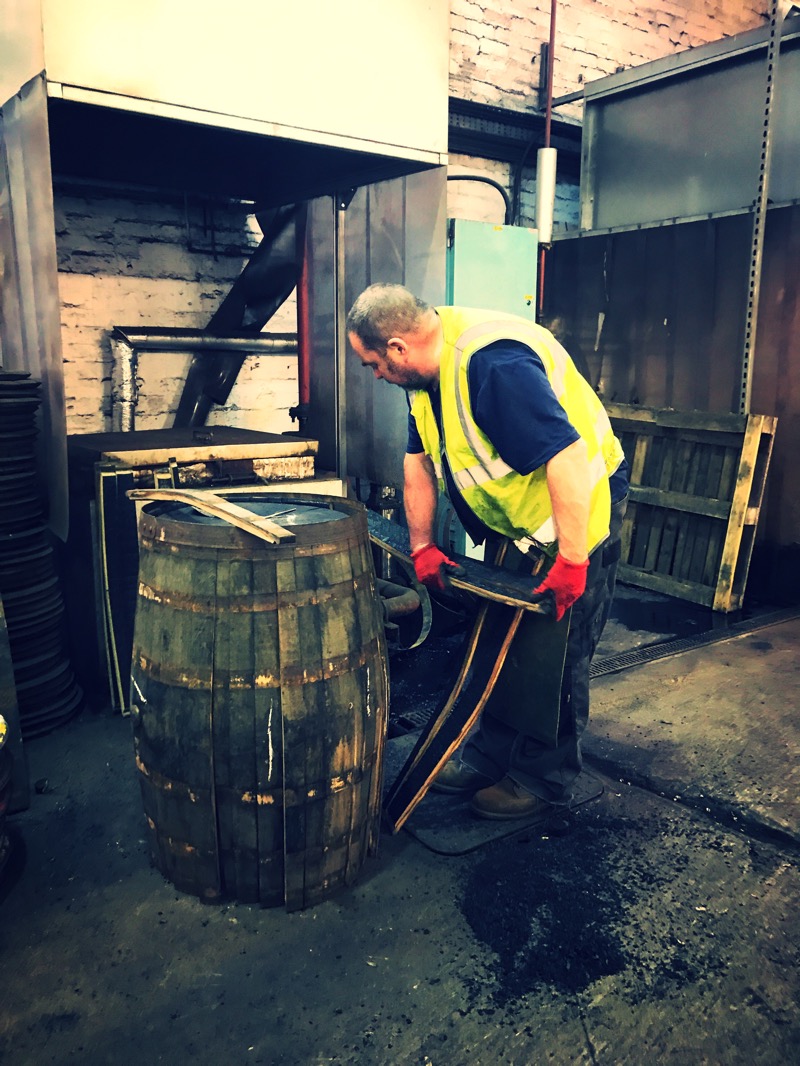 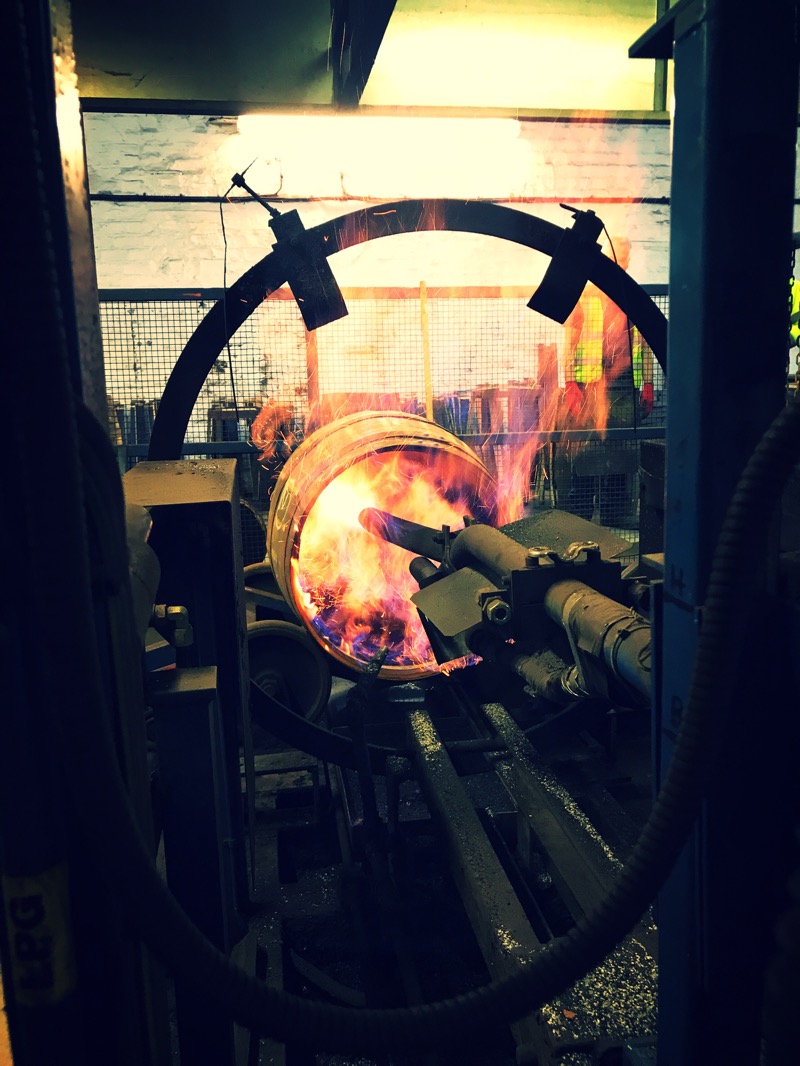 Re-charring the inside of a barrel

All this whisky making needs monitoring.  Not only does the style of product have to be consistent, the ingredients and processes need to be as well.  The lab keeps watch on production.  Monitoring every step of the process from ingredient quality to the final product. 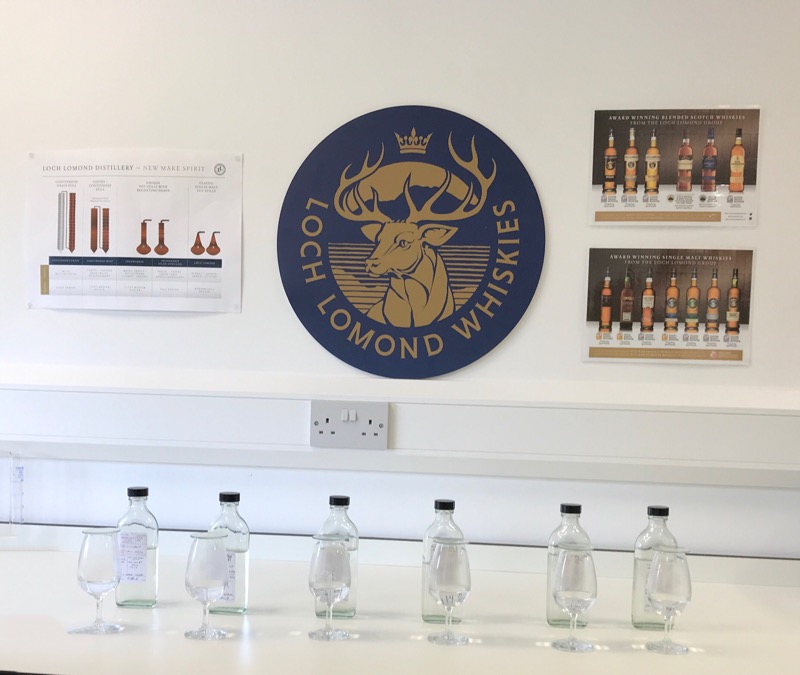 Making lots of whisky means requiring the space to store and mature it so there are many many warehouses holding racks and racks of barrels. 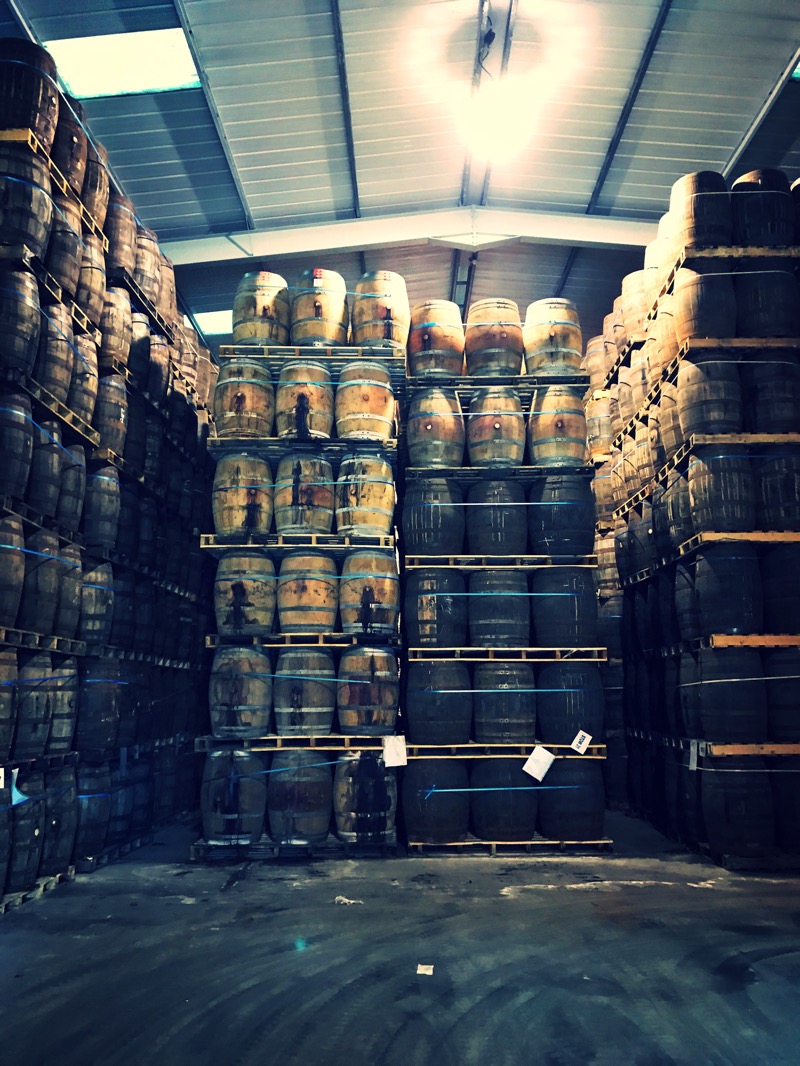 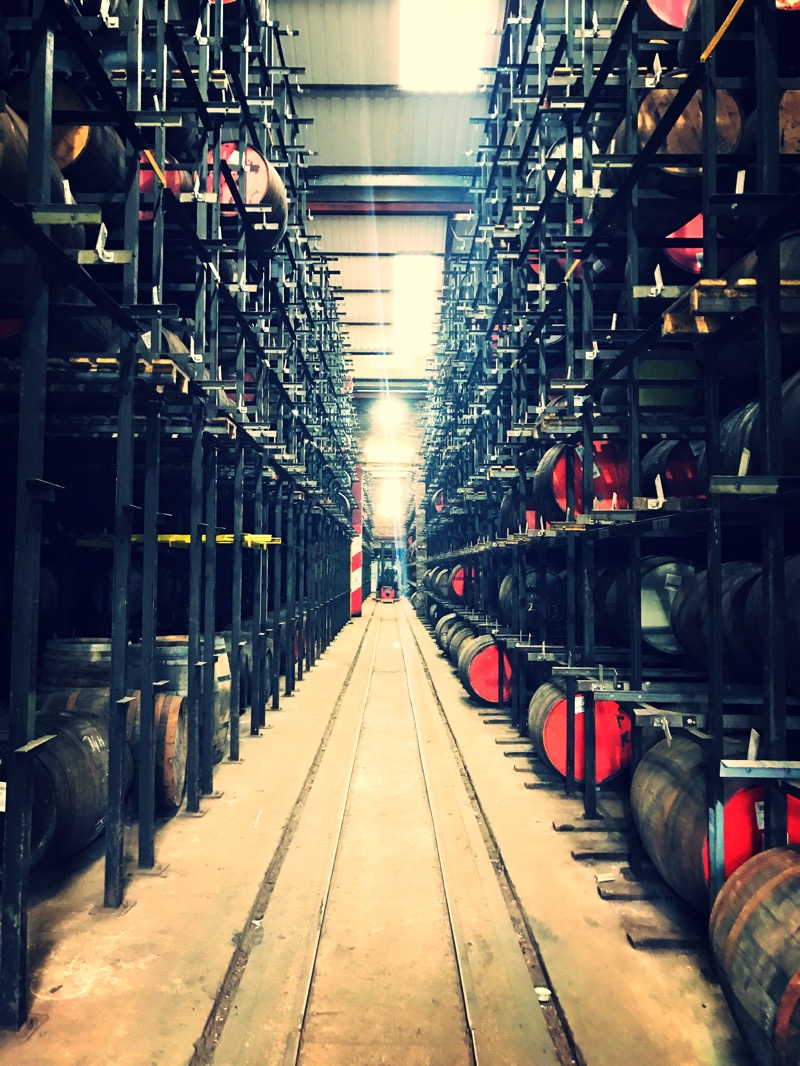 Loch Lomond Distillery is a huge beast.  Totally different from the chocolate box distillery.  This one makes whisky, and a lot of it.  Here' a list of their main bottles: 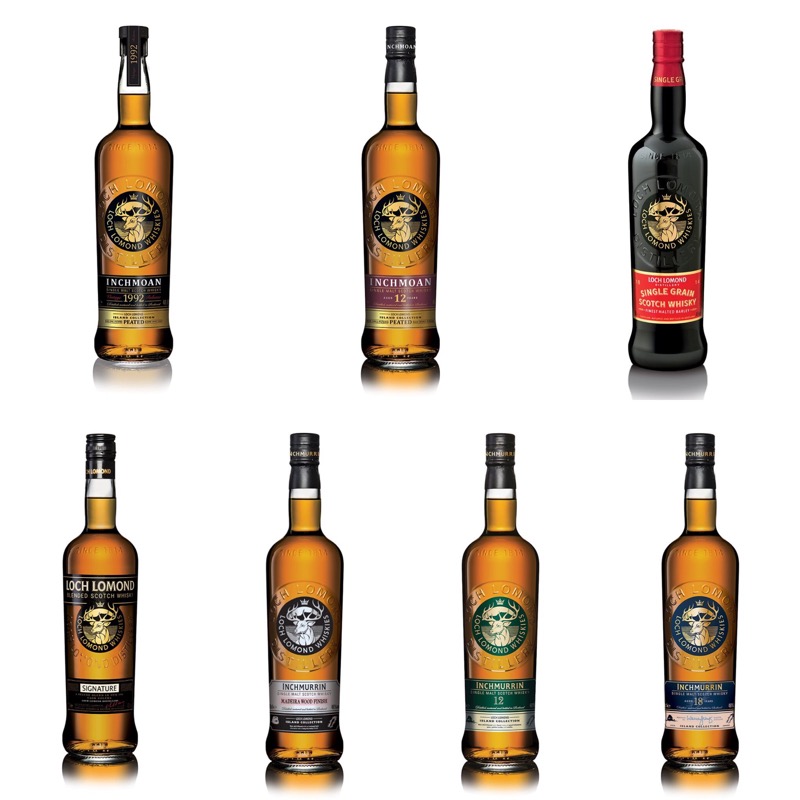 While The Island Collection conssist of two sub-brands named after islands on Loch Lomond: Inchmurrin (the grassy isle) & Inchmoan (the peat island). 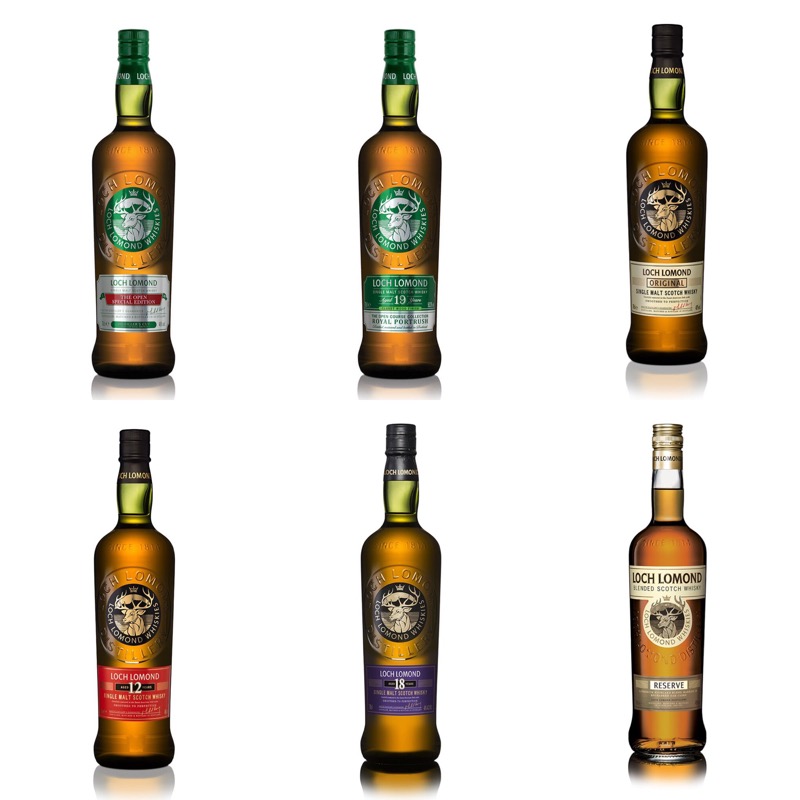 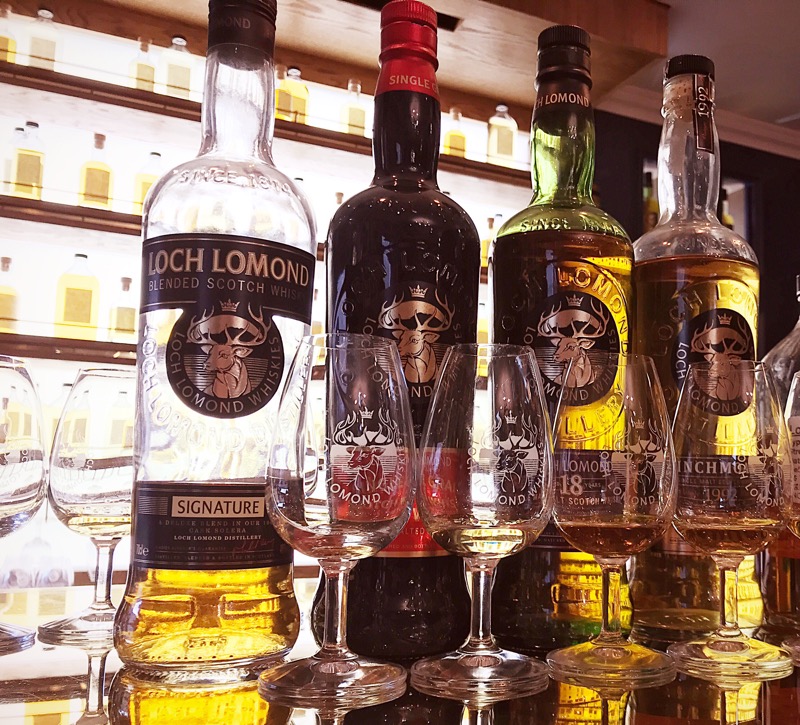 The distillery is not open to the public for tours but you can find out more about Loch Lomond Whisky on their website. 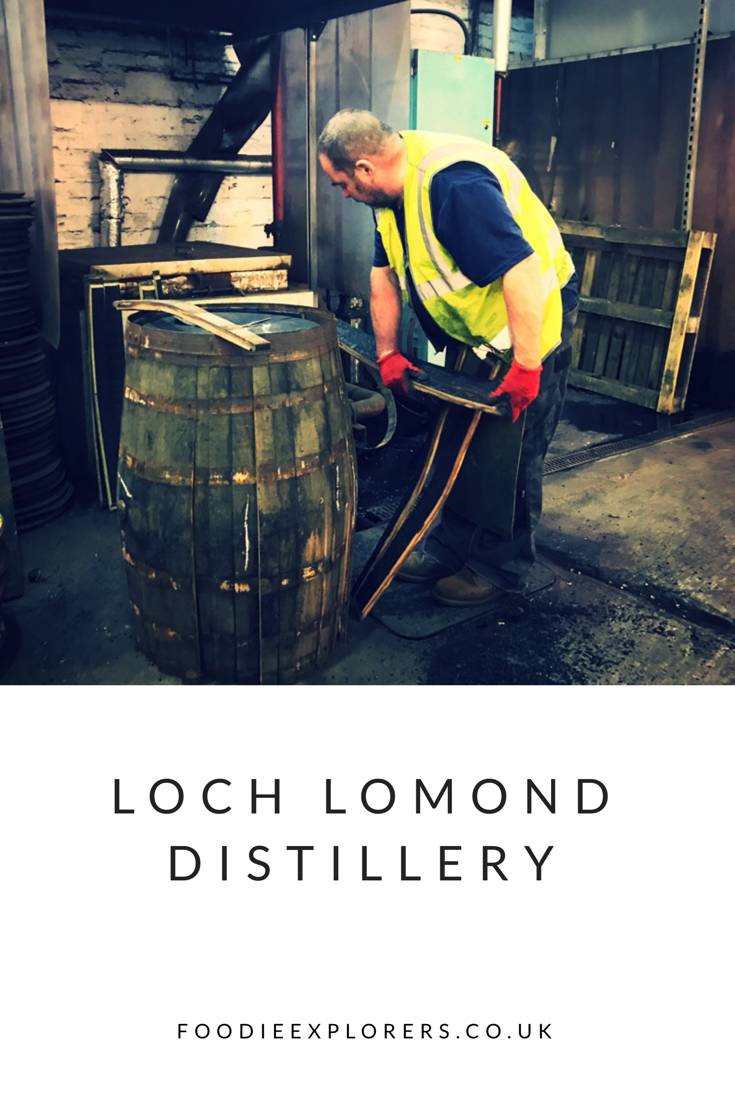