A new yaardstick for Southside takeaways

Recently opened in the site of the original Buddy's on Skirving Street is Yaars. It's an Indian takeaway and home delivery with a difference. There's a lack of gloopy oil and sauces here.  Instead fresh flavours and moreish Indian food with a twist.

Mr Foodie ordered online and picked the order up on the way home.  The order was ready Inn 10 minutes and up the road he toddled with a variety of dishes.

First up Indian tacos - £4.95 for three.  One of each of the fillings (chicken/keema/daal) covered with chilli yoghurt, coriander and red onion, wrapped in three small rotis.  These were delicious and quite spicy.  They were easy to scoop up and eat or you can use a fork to pick off pieces of the filling and use the roti for dipping. 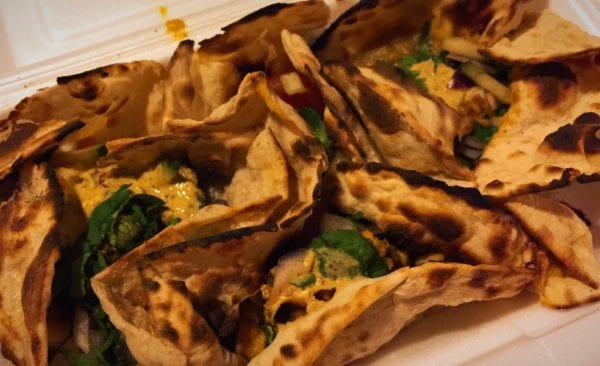 Next up Karahi fries with keema.  Keema is minced meat, usually mutton or goat served with peas or potato.  The Karahi fries are chips and cheese topped with either chicken (£4.95) keema (4.95)  or daal (£3.95). 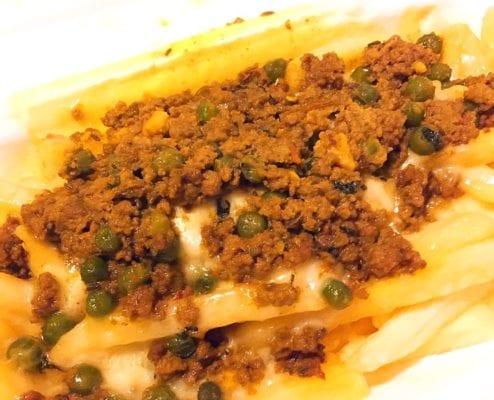 The keema was light, made with peas and without any greasy oil. Think of the inside of a samosa opened on top of chips and cheese.  Lots of garlic, cumin and some chilli in there. 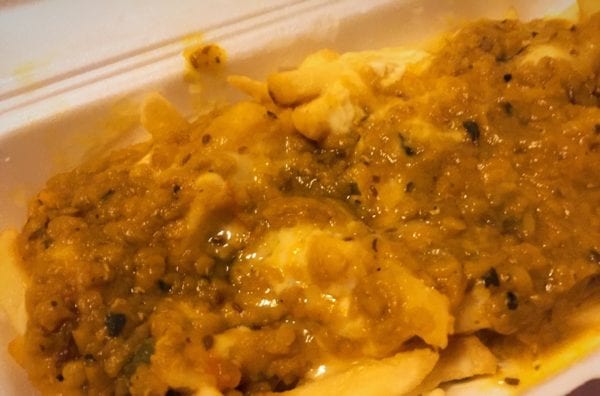 The daal karahi fries were like chip, cheese and curry sauce.  The daal (Cooked lentils) was thick enough to not soak completely into the chips making them soggy, but with enough sauce to flavour.  The daal was creamy and not very spicy, lightly spiced with cumin, turmeric and more.

Old faithful vegetable pakora was also ordered (£2.95) be there was enough for two greedy folk here.  About two mouthfuls in each piece. Coriander seeds pop in your mouth and give these pakora a bit of oomph.  A good balance of flavour that leaves a tingle in the mouth. 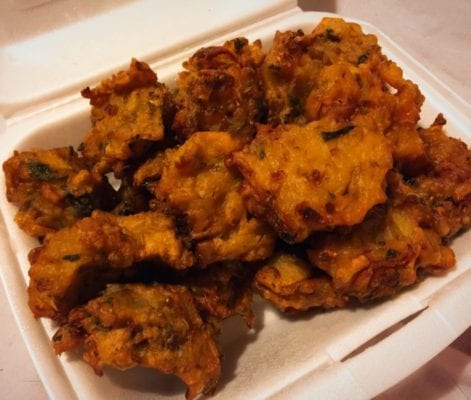 The falafel kebab (small £3.95, large also available £7.95) had two large pieces of falafel inside the pitta, which were spiced well - watch out for those ninja whole spices!  A good kebab we felt but it would be less dry if the roti was used instead. This was the weakest of our dishes. 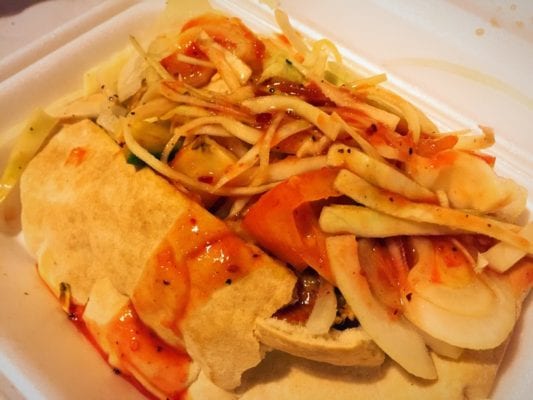 We went back a few days later for the Indian nachos (big portion, really tasty) and the spiced chicken sandwich (lot so of filling served in fried Warburtons bread).