A lunchtime catch up with The Colonel was required with The Social on Royal Exchange Square being picked. I’ve been here for drinks but hadn’t had any food so time to sort that out...

The front of the venue was relatively busy, but the back was desolate. Not wanting to take up a four-seater booth, we headed to the rear.  But before we sat down there was a bit of a surreal moment as we were asked if we were here for drinks or food and then advised the kitchen might not be open for another 20 mins. The member of staff who told us this said he would check and so disappeared into the back! Another staff member appeared beside me and said “everything is OK...I know”. The original staff member reappeared looking a little bemused but we followed the all-knowing one to a table. 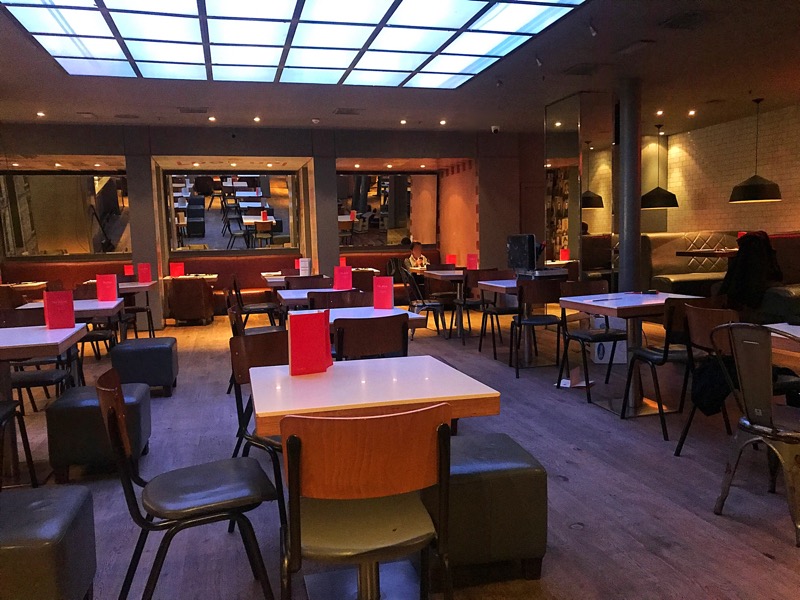 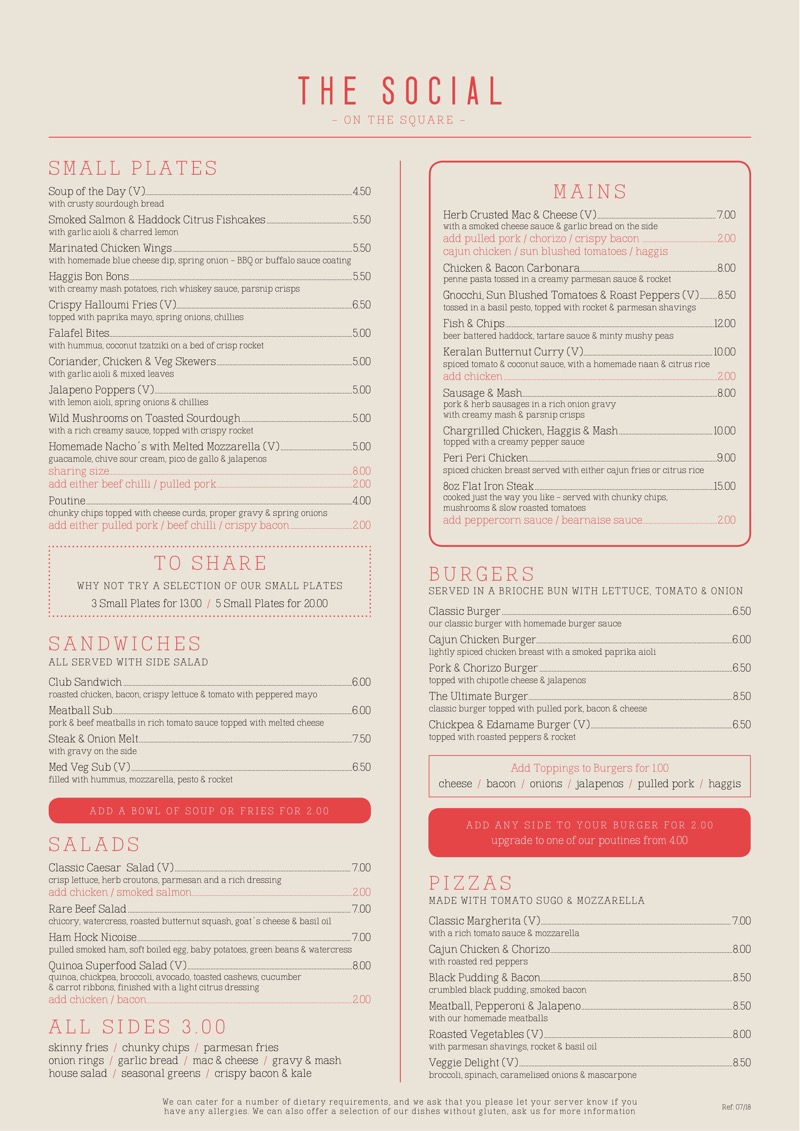 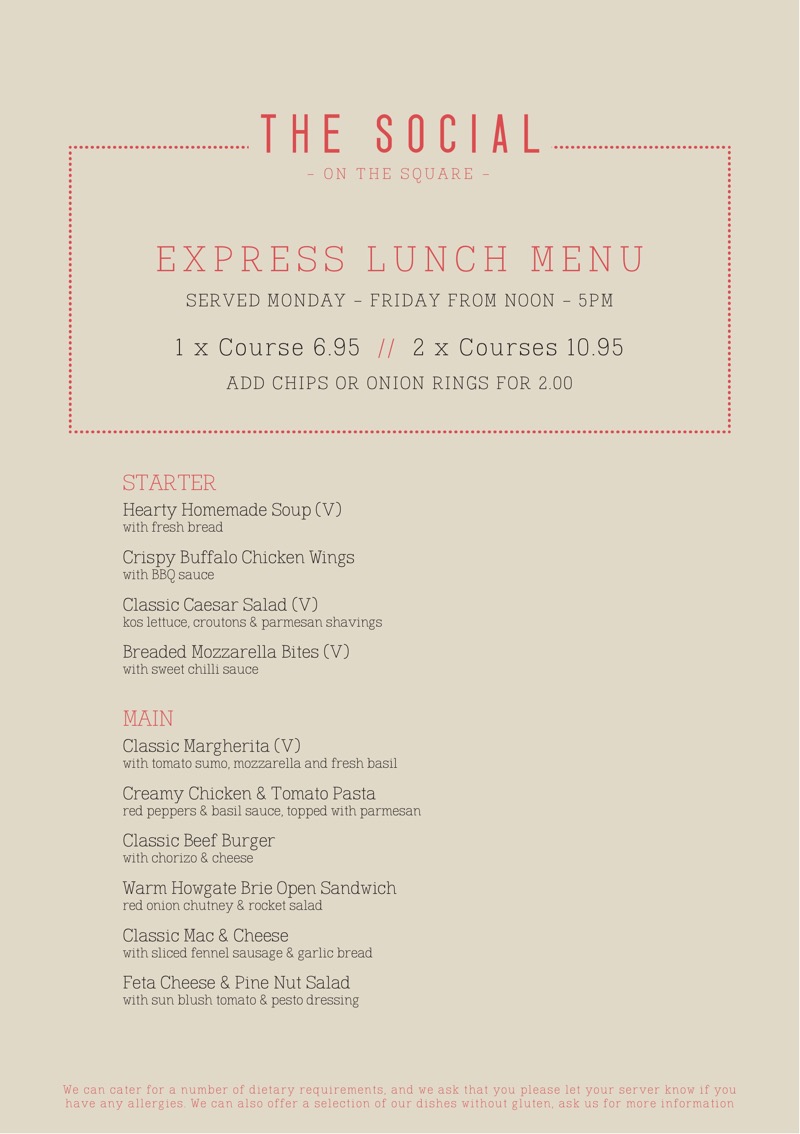 We both picked mozzarella bites and thumbs up from both of us. Crispy exterior and gooey mozzarella inside. A sweet chilli sauce was provided, a tomato/basil sauce would’ve been nicer but hey ho. 🤷‍♀️ 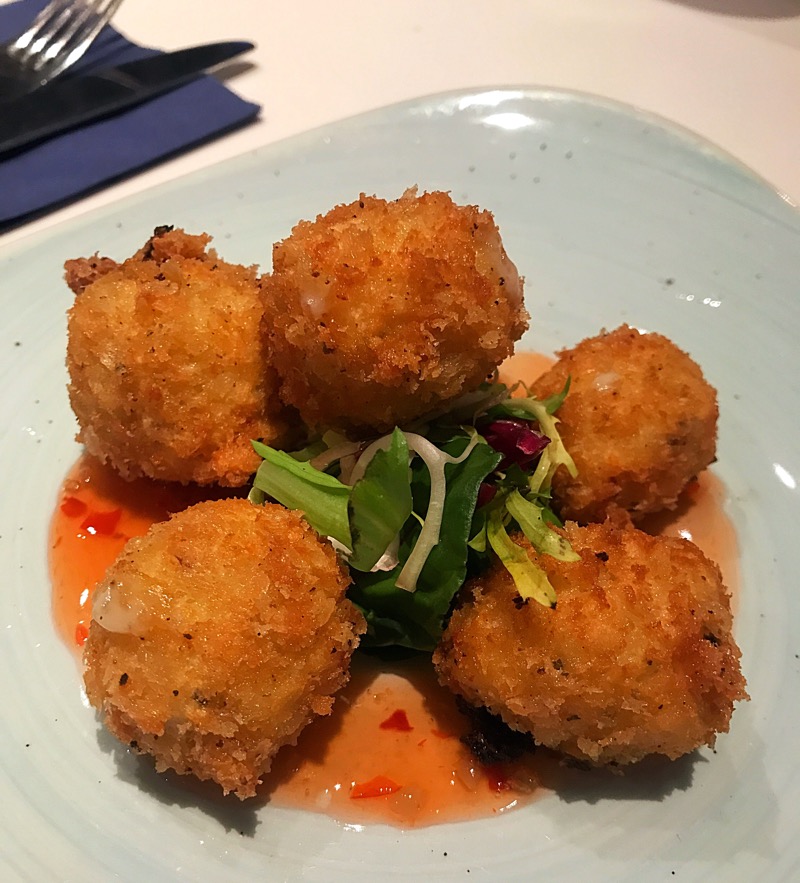 The Colonel ordered a classic burger with chorizo and cheese. It was an extra £2 for the fries. 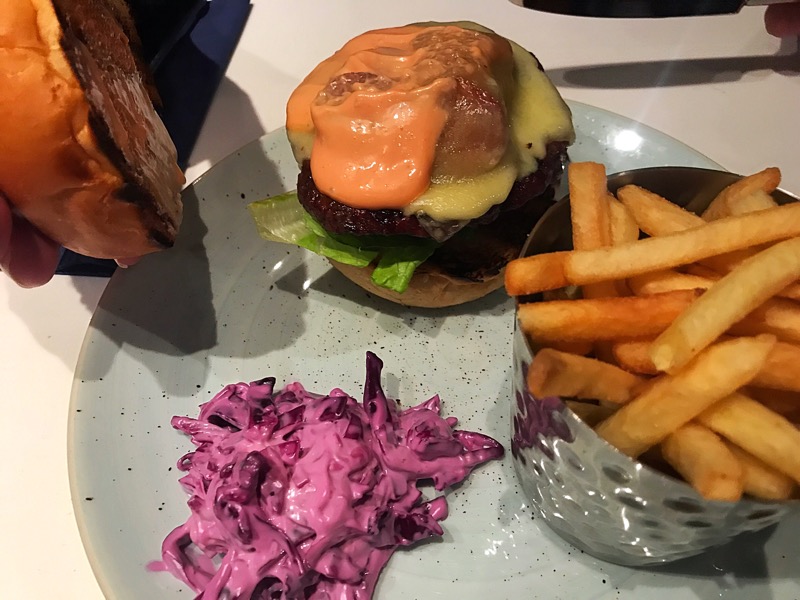 The burger itself was fairly dry, the cheese and chorizo helped with that but also gave it flavour. The burger bun was toasted but was way too big so lots of bread roll taste which added to the feeling of dryness. The burger sauce was...unremarkable. While the chips were decent but nothing out of the ordinary. 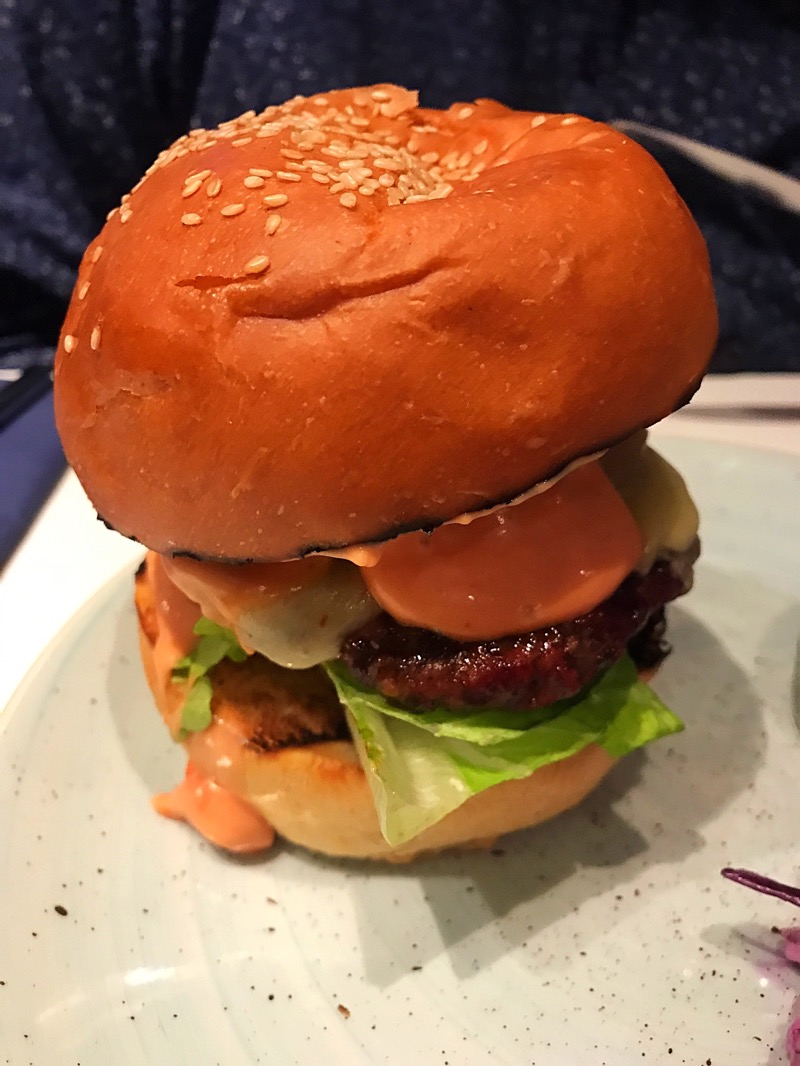 If the burger was disappointing, wait till you see the pizza....the classic Margherita with tomato sugo (or ‘sumo’ as it says on the menu!), mozzarella and fresh basil. I’m assuming the pizza came delivered on its pizza paddle to illustrate some kind of authenticity. 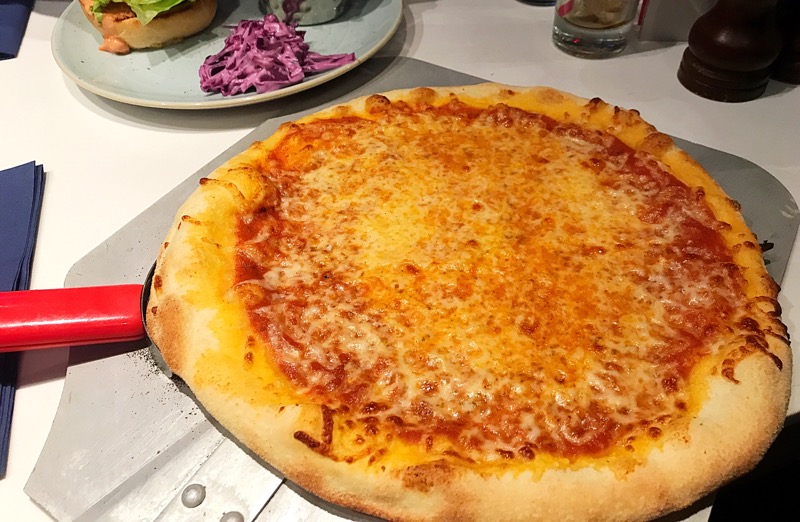 Apart from asking where’s the basil, this looked like something I’ve seen at school dinners many years ago.  It tasted like it too.  Even a copious amount of black pepper couldn’t give this any taste.  The sugo was tasteless, the mozzarella was too and the base...well, same again! A waste of calories!

Perhaps the kitchen genuinely should have been closed as we were also entertained by some DIY! Various drilling with added dust dropping down from the ceiling as we ate our lunch.  New light fightings hanging in the lobby area of the toilet and remains of ceiling plaster around the area.  Lovely.  Summed up this experience. 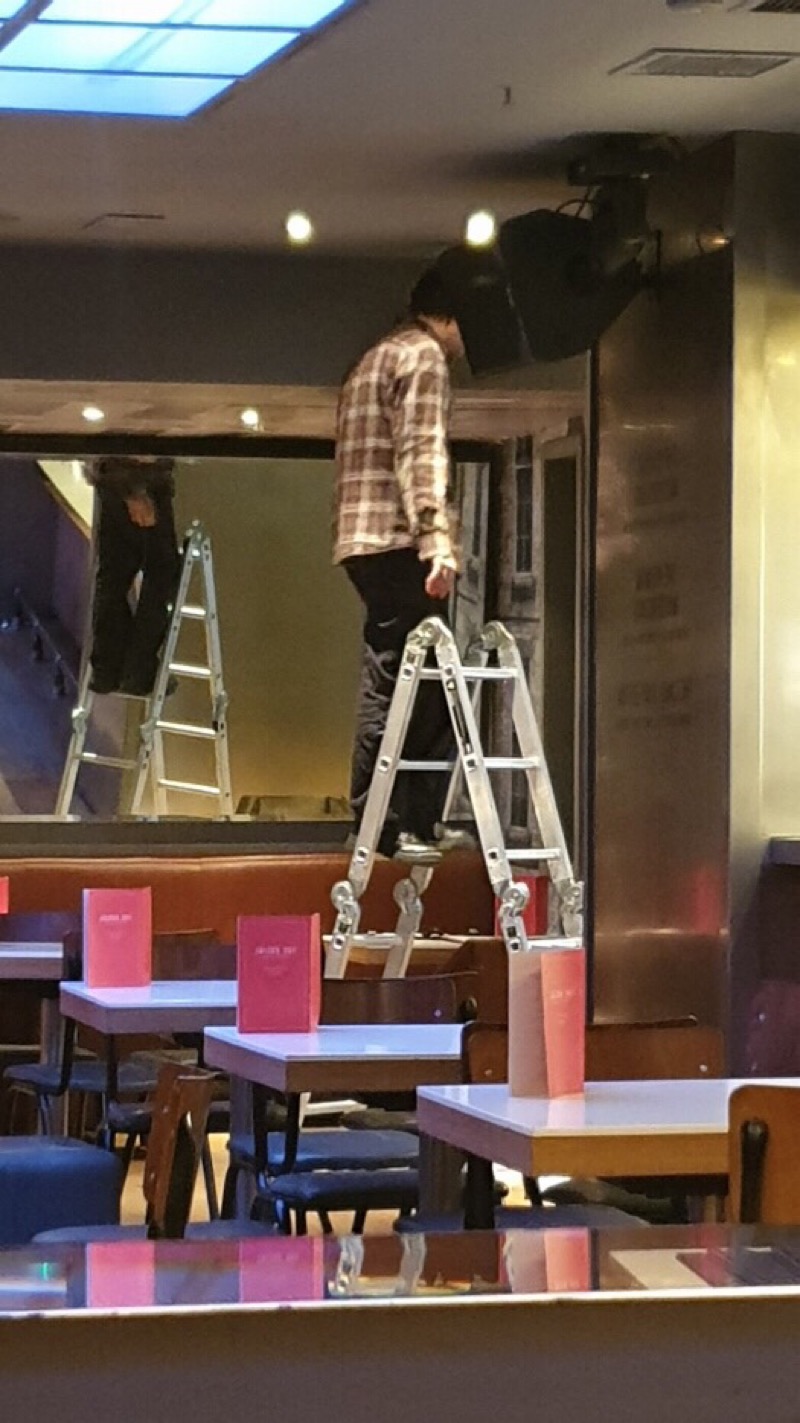 We spent the remainder of lunchtime wishing we’d just went to nearby BRGR or Mozza for a decent meal. 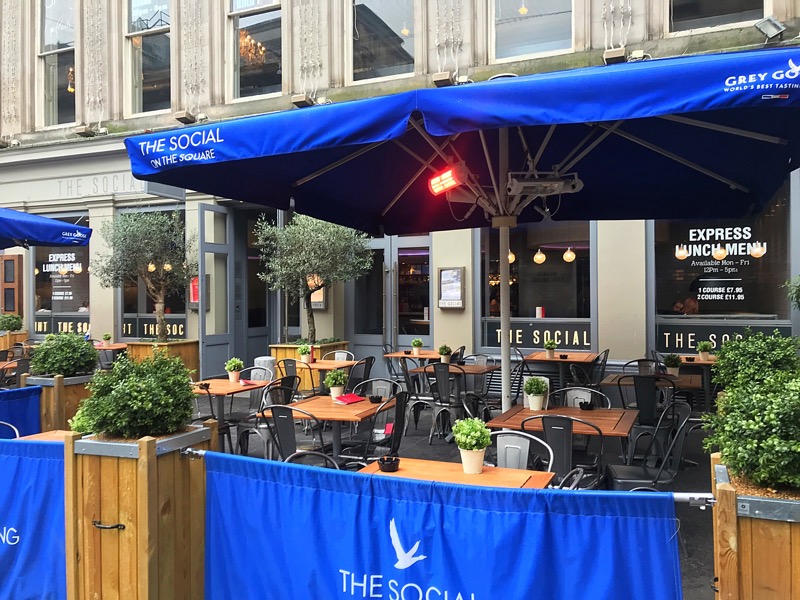 👎 Poor ingredients and tasteless food. Another table complained about the temperature of their pasta (not really that hard to get wrong when the two diners are eating the same thing!). We were in and out within the hour which was good if you are looking for a quick lunch though.

I’m beginning to think the original member of staff I spoke to was trying to warn me off eating here!  I bought a sandwich at Kelvingrove Museum and Art Gallery later to fill the hunger gap.

- tasteless food
- DIY while you eat
- just no 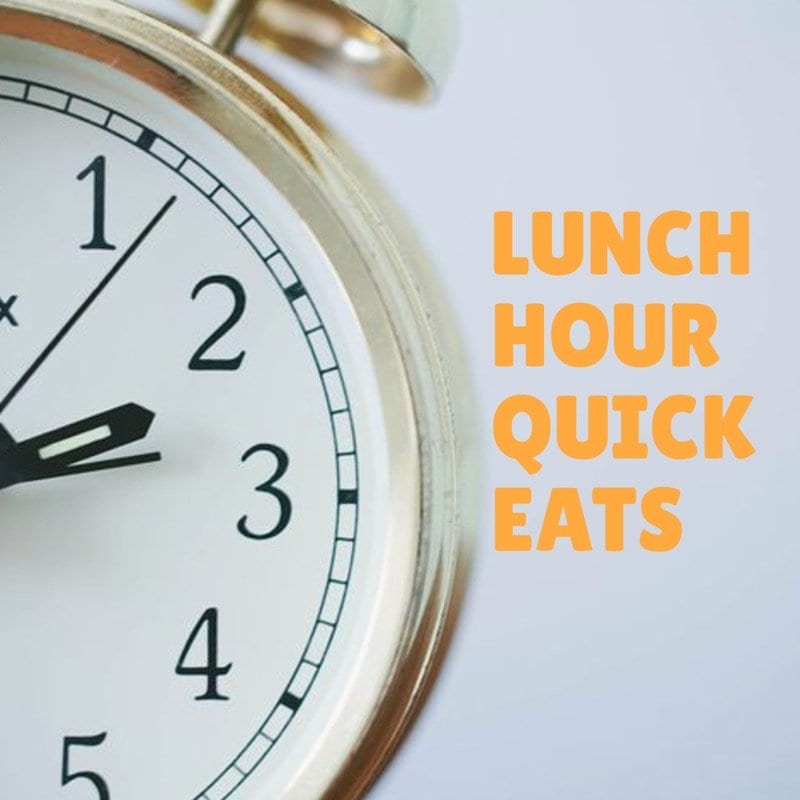