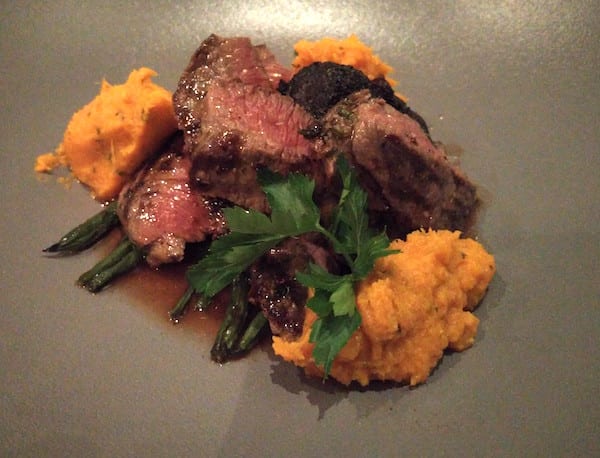 Our intrepid reviewer Caz ventured along to The Magnum...how would it fare?

It was a grey drizzly night when I popped in to The Magnum for dinner. The warm and cozy atmosphere was a welcome respite from the cold and wet.

I was quickly seated and water brought to the table while I waited for my guest. He managed to find me and menus were presented soon after along with the specials that evening.I was happy that our server knew straight away when I asked where the sausage was from. 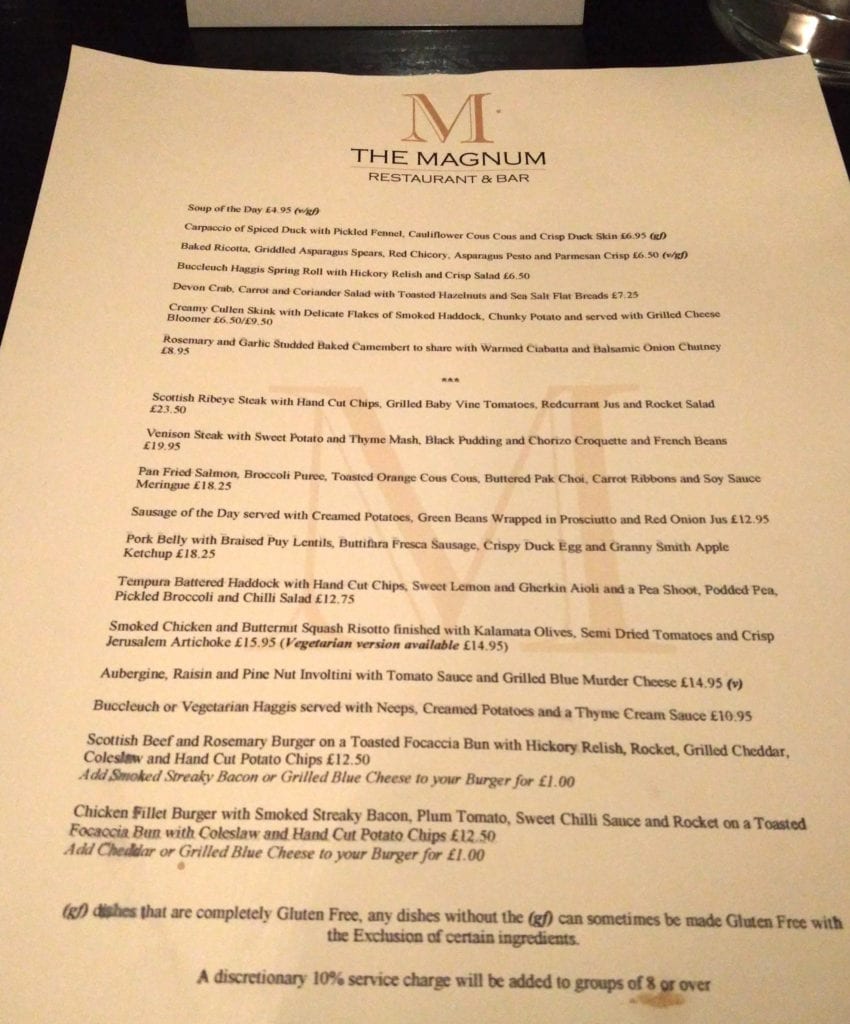 The menu options looked fantastic and we had trouble deciding what to order. We settled on the spicy duck carpaccio and Devon crab starters. I chose the venison for mains and it was hard to go past the pork belly as the other option.

We each had a glass of wine and I was impressed they have more than two or three wines by the glass in each red and white. Bonus points as I rarely buy bottles and invariably get stuck with something not great, by the glass. 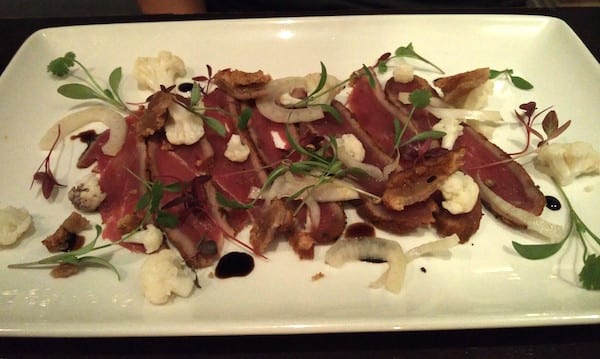 Our starters arrived and were beautifully presented, we eagerly tucked in! The duck carpaccio was smokey and the spice only came at the end which was a surprise. 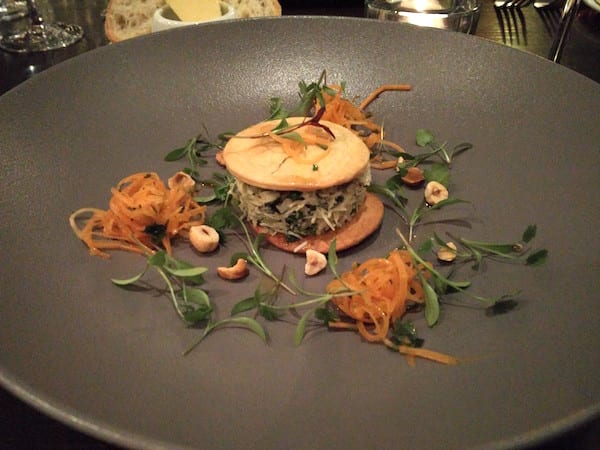 The crab was light and the flatbread gave it the necessary crunch. Sadly we both agreed that neither dish showcased their main ingredient. You’d only know it was duck through texture and appearance and the crab was lost in the salad vinaigrette.

There was a nice break before our mains arrived. I liked the look of my venison, it was medium rare as billed, there was a nice portion of black pudding and chorizo croquette and the mash hadn’t just been heaped on the side. 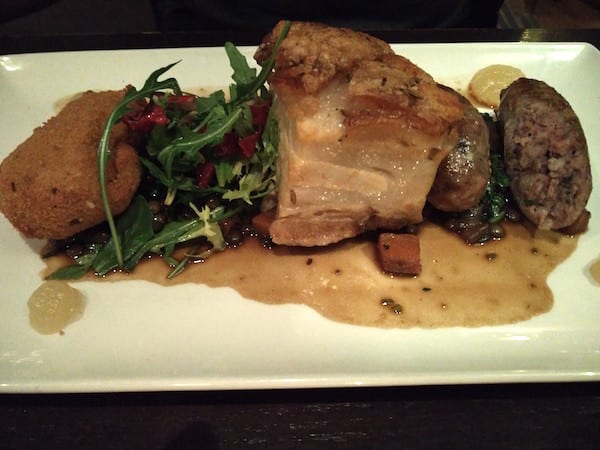 The pork belly however, looked impressive in its size, had me worried. The layer of crackling was almost thicker than the slither of meat at the bottom and the rest was just fat. While I understand it’s an ingredient with a naturally high fat content, this was excessive and could have benefitted from rendering down. Instead it was overcooked and lacked the melt in your mouth, rich flavours that come to mind with pork belly; the sausage was rather dry and even the perfectly runny yolk of what should have been a rich duck egg couldn’t breathe life back into the dish. My main got off on a hopeful start, there wasn’t too much thyme in the sweet potato mash and the venison was well cooked though it could have done with a touch of seasoning. The black pudding croquette was tasty but the strong flavours completely overpowered the venison and shadowed rather than complimented what should have been the main event. 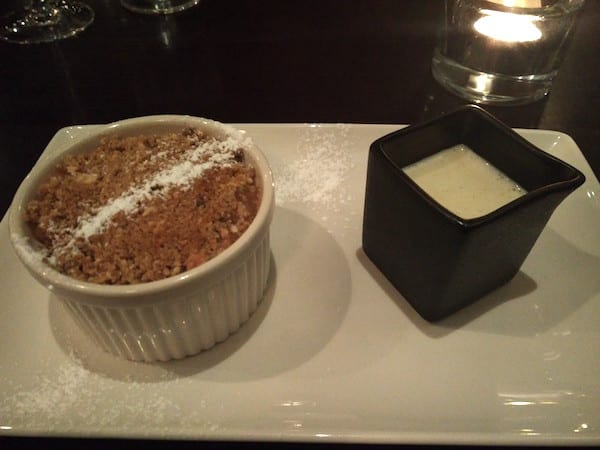 I chose the apple and rhubarb crumble for pudding. The filling was lip puckeringly tart, which was okay for me, although meant the apple was just there for texture and could have either been crunchier or softer instead it was neither here nor there. The creme anglaise was very sweet which was great to offset the rhubarb. The topping was light and crunchy.

Service was good throughout, it was friendly and attentive and any questions quickly answered. The decor was nice and the ambience was lively.

many thanks to The Magnum for inviting Foodie Explorers to review. Fred sez paws up to an honest review from Caz.